I enjoyed Persona 4 Golden when I had a chance to play it on the Vita, and that was my entry point into the world of Persona. I know Nick has played several other games in the series, dating back to the PlayStation original years ago, but for me this was the entry point. I have to admit that when Persona 4 Arena came out, I was highly skeptical of taking a popular RPG franchise and trying to make it into a fighting game. Needless to say, I was convinced in short order that the strange combination would be a hit. Apparently it was popular enough, because Persona 4 Arena Ultimax has since come out, and it is even better than the last offering. 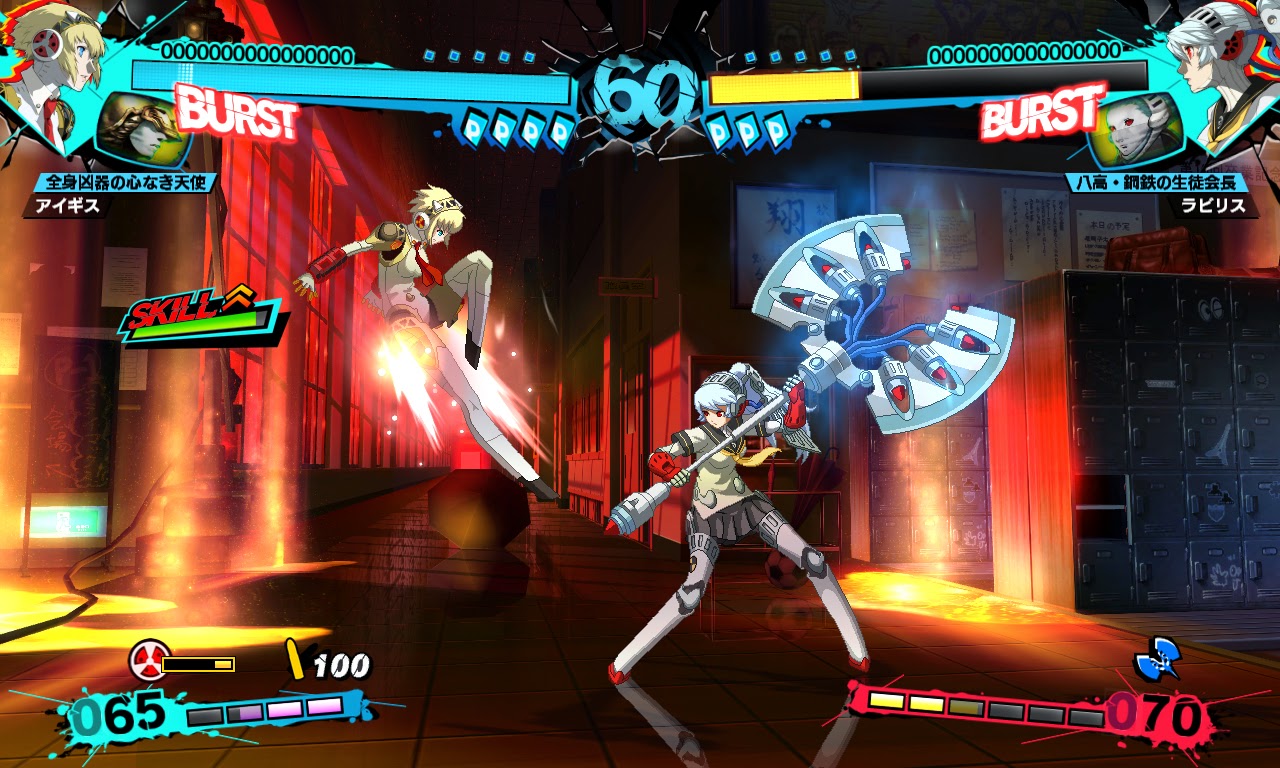 Nick was beyond tickled at all the Persona announcements over the last year, whereas I was simply intrigued. At first, I thought Ultimax might just be the latest in greatest of borderline DLC content getting tacked onto an existing fighter (like the never ending parade of Street Fighter IV games. Seriously, can we just have Street Fighter V now?). However, while Ultimax uses the same basic foundation with some balancing and tweaks, it presents enough new options and one very important element that makes it feel like a new game.

Now, most fighting fans are not playing these games for the storyline. I get that. However, most fighting games are not built on a world that was created in an RPG. As such, it is only fitting that the story mode in Persona 4 Arena – and now in Ultimax – is one of the game’s biggest draws. The characters from the third game did not mean anything to me, but I recognized the cast from Persona 4 immediately. It is interesting to blend these two casts together and to create a more unified world and story out of the experience. Given that Persona Q just released on the 3DS to continue this theme, it feels as though Atlus has found a way to appeal to newcomers and longtime fans of the series. 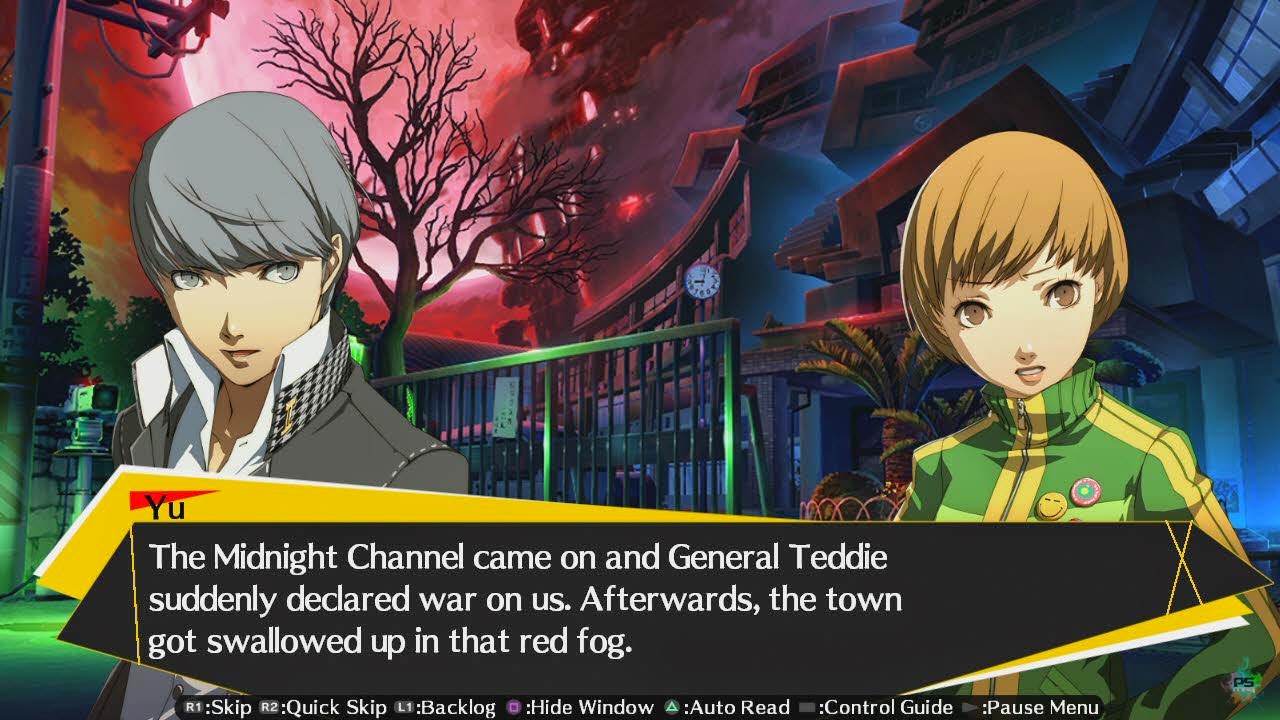 The story in Ultimax picks up right after where the Persona 4 Arena tale ended. Immediately after the strange contest that took place in the first game, the friends are now called to action once more. This time, instead of tricking friends into battling one another as before, Ultimax focuses on fakes of the companions. The end result is the same: characters get to fight a wide variety of other characters while still adhering to a story. It actually works quite well, with the original voice cast coming back to help bring these characters to life.

If you are just looking for action, you can skip the story mode. To my mind, this still makes Persona 4 Arena Ultimax a fun, balanced fighter, but it looses a lot of its soul in the process. Traditional modes, fast combat with over-the-top abilities (not unlike the Blazblue series) punctuate the combat. A much larger cast of characters than the last Persona 4 Arena helps to top everything off. However, I highly recommend the story mode – as long as you do not mind a little (or a lot) of reading. 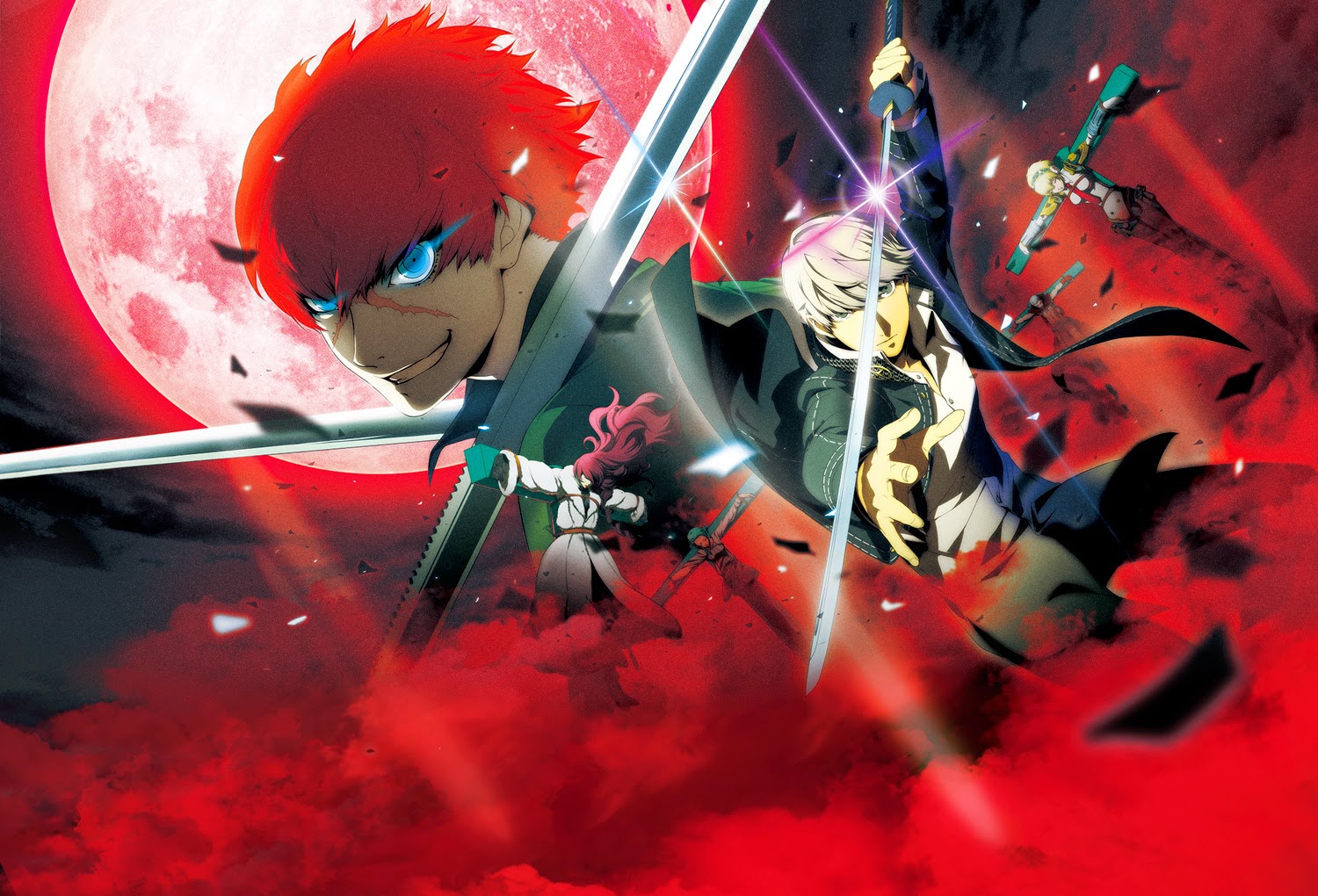 The story mode almost plays out like a visual novel. Yes, there is that much text in there and until near the very end, none of it is interactive. Still backdrops accentuate beautifully animated characters and help bring the people and places of Persona to life. The music is also worth taking note of, because I loved the music from Persona 4 Golden and much of it finds its way into Ultimax as well. There are options to fast forward through or skip dialog if you really want, but unless you are replaying a section, I simply do not know why you would. The fight criteria is exactly like what you would see in other modes. The fights are few and far between in this mode. I would spend ten minutes reading through dialogue and then have a twenty second fight before moving onto the next chapter – and block of dialogue – in the story.

I wish the online experience was a bit better. I generally get a lot of my mileage out of fighting games by playing others online. Here matchmaking is inconsistent – if people are even around to play. That being said, this is my only real complaint about the title. Persona 4 Arena Ultimax offers top notch fighting, outstanding music, voice acting and graphics with enough modes (including a meaty story one that fans of the RPG will no doubt enjoy) to make Ultimax feel like a proper sequel to the original Persona 4 Arena.

Posted by Chalgyr's Game Room
Follow:
The main account for Chalgyr's Game Room. Contains articles by the administrators for site updates, team articles such as our Games of the Year awards and articles by previous contributors.
Previous Article Decay – The Mare announced by Daedalic Entertainment
Next Article Sony PlayStation TV – Hardware Review