Robots? Mechs? Do we really need anything more than that? Maybe coffee, but aside from that not really. Robowars is a recent release in the Tower Defense spectrum of gaming that takes the Plants vs Zombies approach at lane defense with lots more explosions and much less plant munching. 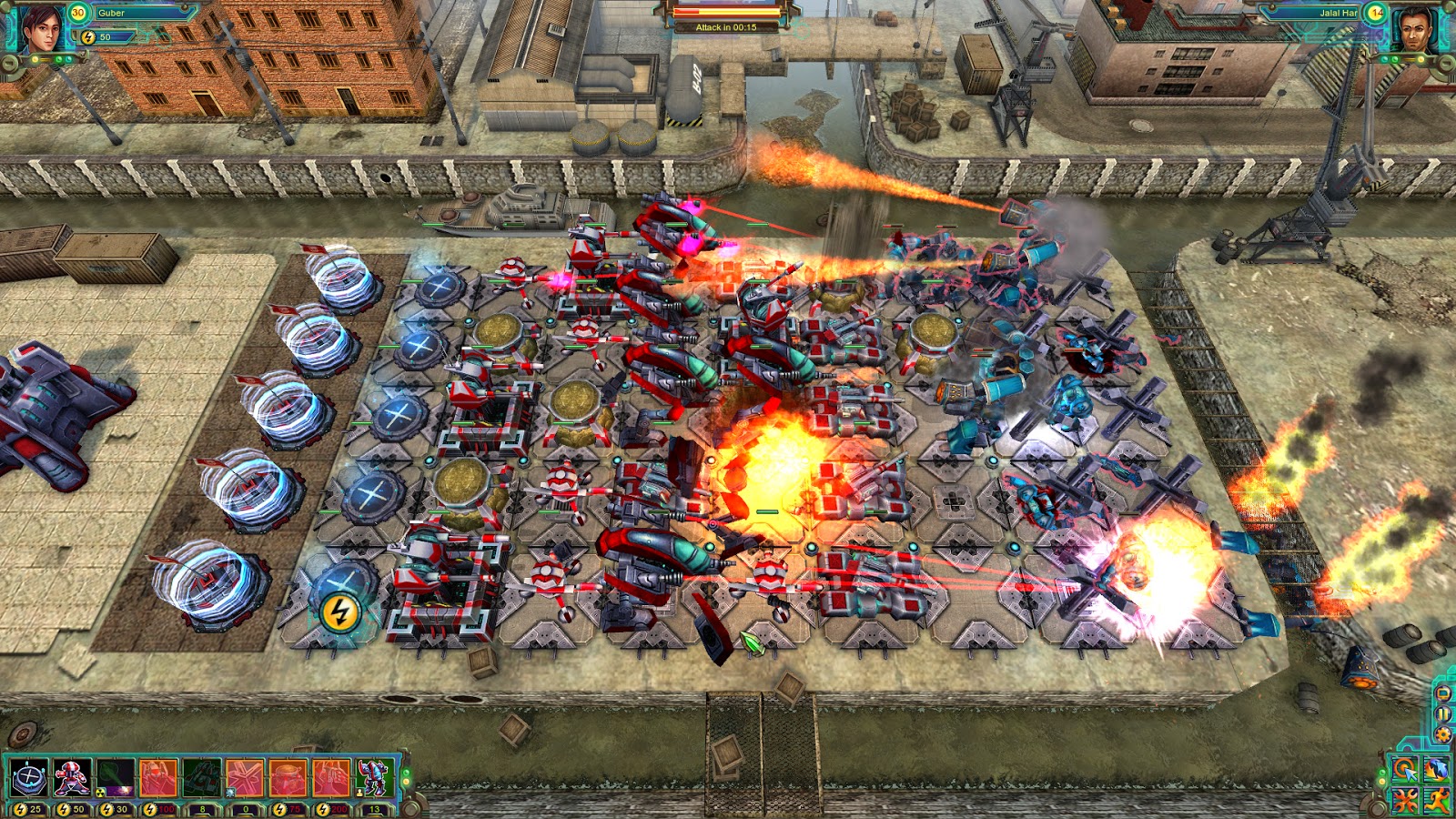 Robowars places players in the seat of a graduating military cadet as they complete their training which acts as the tutorial teaching the base mechanics which are required if you are to survive. Once training is complete, it is of to the various fields of battle with supplies and armaments through an ever increasing difficult five lane format of Tower Defense. As mentioned, Robowars works closer to the PvZ in regards to how the core gameplay performs. Players place their defenses down on a grid instead of sending units along to meet up against advancing forces while obtaining energy to build structures from the source producers not unlike PvZ sunflowers.

Base units require collected energy in order to be produced. Once purchased these units are available to place on any empty grid square in which a cooldown is required until they are able to be bought and placed once again. This portion is fairly par for the course but this is about where the similarities end as there are a few twists and turns to the system that makes Robowars stand on its own as more than just a carbon copy. 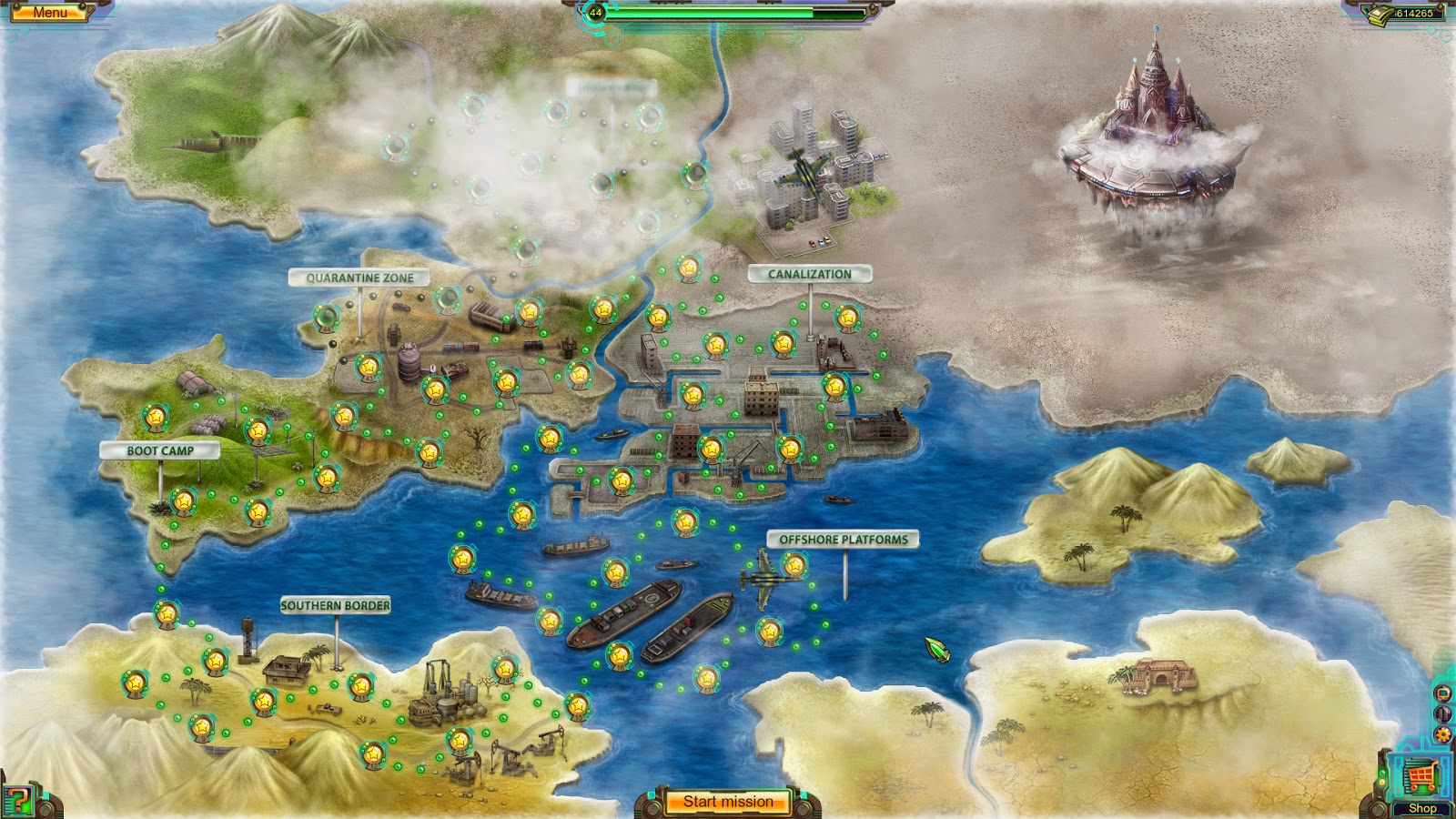 One of these such twists are Stock Units which are bought with the money that is rewarded for the completion of a level and its objectives as well as for defeating enemies as they try to take your base. Like energy, this money must be collected manually or it is lost. This makes it that players must multitask if they wish not to loose any of it which can sometimes be quite challenging when the enemy sends a blitz up against your forces and just trying to keep units in repair is difficult enough.

The Stock Units themselves vary in their costs depending upon their overall strength such as Shocktroopers and Paratroopers will cost less per unit than a light or heavy tank. The catch with these units is that once they are taken out or destroyed, they are gone. This makes their use a tactical one as they might not always be needed, but if used they just about always are worth the risk of loss. I sadly found this out the hard way as I realized that while I kept buying a new tanks I didn’t have the number that I should have. Keeping an eye out for each units heal bar ends up being quite necessary especially when they can cost that much to buy. 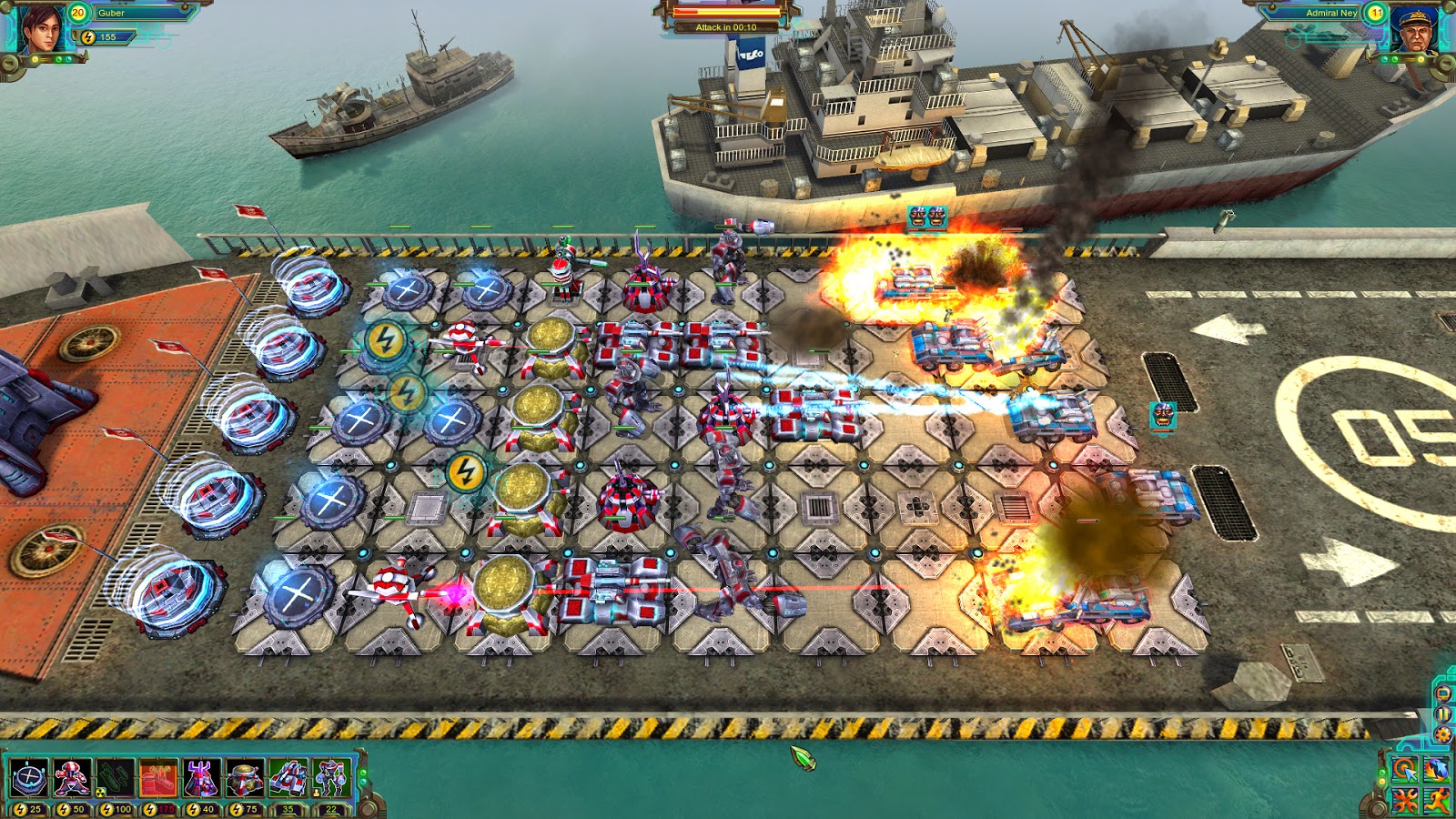 Each stage is divided up into waves that come out at you in every increasing force as is standard for a Tower Defense. Between each wave is a countdown that gives the player time to set up and repair their forces for the next incoming one which after the first couple of waves I found more than necessary for the way that Robowars is designed. The only thing that would help out for the waves would either be a marker at how many waves you are currently at, or even how many waves left. There were times where I kept wondering how far away the final wave was until it finally appeared written on my screen.

An issue that I found that I could have at times was not being able to clearly see the health bar of units against the backdrop or over the units that are placed above. This could be easily fixed by making the bar larger or just creating a larger and darker border around said bar. Where this could really be devastating is when units regardless of how they were placed are being destroyed when you thought their health was full. Speed wise while appropriate at the later stages of the waves, I felt could have had a speed multiplier for at least the earlier stages as sometimes the waiting can feel unnecessarily long. If either a (x2) could be implemented or even just a (Start Wave Now), it would make things much smoother.

Robowars overall is an interesting Tower Defense with the mix of unit purchasing styles that separates it off from the rest. Between units and making micromanagement of the field as well as your bank account a necessity, players are in for a rush as the level difficulties increase.