I’ll be honest that I was rather jealous when the Vita TV was being released in Japan with no plans for the rest of the globe. Considering that the cable that allowed the PSP video output wasn’t part of the Vita’s design, to finally be able to play Vita games on the TV was going to be awesome. But it is a portable system. Why hook it up to the TV? Because even my portable gaming is mostly done at home, and there’s more of an enjoyment to sit back than hunch over for that many hours. Fast forward a year and it was released to the rest of the globe! Just under a different name. 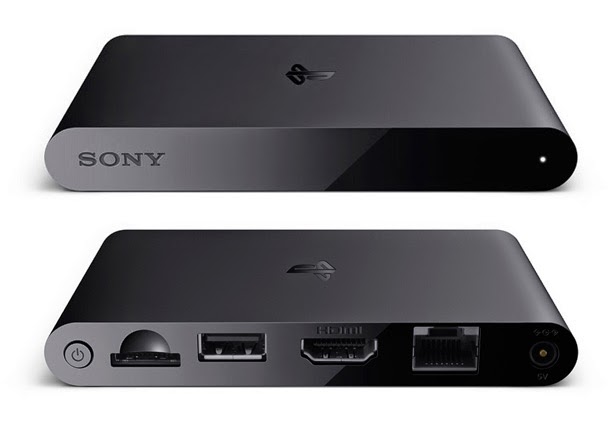 Note: This review is done using the PS 2.0 codenamed Muramasa update that also affected the actual Vita (still in use) and the PS4. I held off writing just to see if my issues were solved which turns out was just that my computer monitor didn’t like the main menu interfaces that made them blurry. Plugged into any actual television and it looks flawless all around.

Physically, for its small size, the PS TV has one USB port, one HDMI port, a LAN Port, the SD Memory Card slot, and finally the Vita’s SD Game slot. While being a rather tiny machine with all of these ports and slots, it still comes across as a small sleek device that not only fits in my hand, but it can be hidden off to the side or sit on top of one of the current possible devices in the environment that it is being placed. Currently I have mine sitting comfortably on top of my console’s router plugged into an ethernet over power so that I don’t need to worry about spotty WiFi interferences. 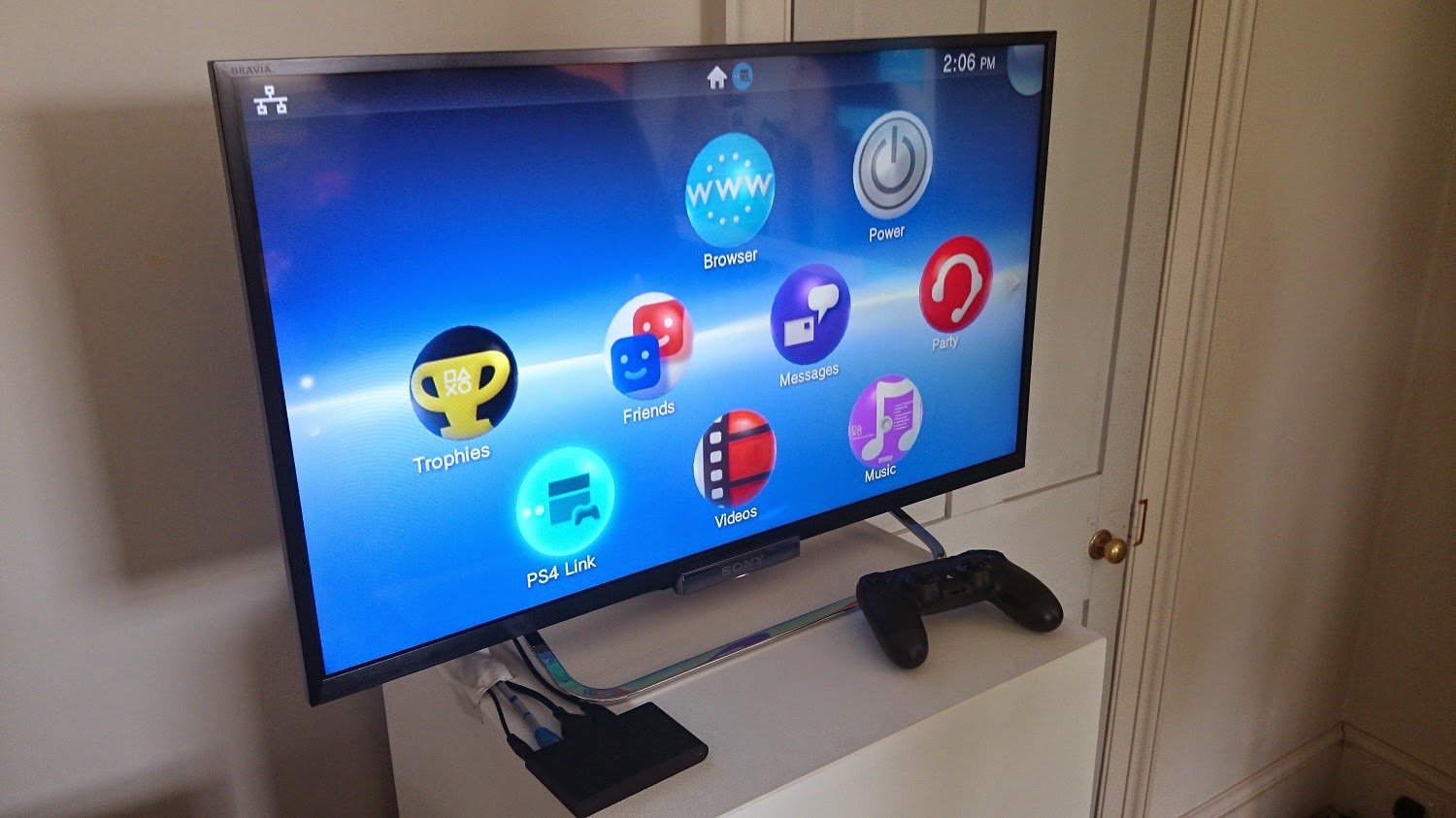 One of the larger touted features, and most likely the reason for the name change, is the ability to Remote Access your PS4 from just about anywhere as long as the current network you are connected to allows for it. Now while the PS TV does have WiFi access as well as LAN, with my current household setup, while I could access the PS4 it was not feasible and sadly quite laggy. Once plugged into the LAN the connection was quick and there was no form of either visual or input lag as I used it to play a bit more Diablo 3 as well as Lords of the Fallen. While I used to have a dedicated gaming network that was setup through MAC Addresses, that router now rests in peace after a decade of usage. This feature really does turn the PS TV into a second PS4 to be use elsewhere in the house if the main TV or room is occupied. The only catch is that the PS TV only supports 720p so any 1080p graphics or upscaling that a user is used to seeing will seem a little more bland than normal due to this restriction.

The main reason I went and bought one of these was to finally be able to play Vita games on my big screen. This was the absolute most important feature to me and I don’t regret it in the least. Of the games that I have tried so far (Disgaea 4, Demon’s Gaze, Mind 0, Dragon’s Crown) there have been no issues what-so-ever while playing these while enjoying the comfort of a Dual Shock 4. The quality that I’m used to seeing on the Vita is present and accounted for. The only current issue is that not all games are compatible and sadly one of the ones I had meant to play the most was one of these (Hyperdimention Neptunia Rebirth:1). A list of compatible softwares can be found through Sony’s Support Site.

A secondary reason for wanting one of these was to play PSP games on a larger TV with a controller. I ran quickly through both Ys Seven and Ys: The Oath in Felghana and while the image may not be the greatest because those were not designed with larger quality screens in mind, they held up well enough with only mild pixelation. 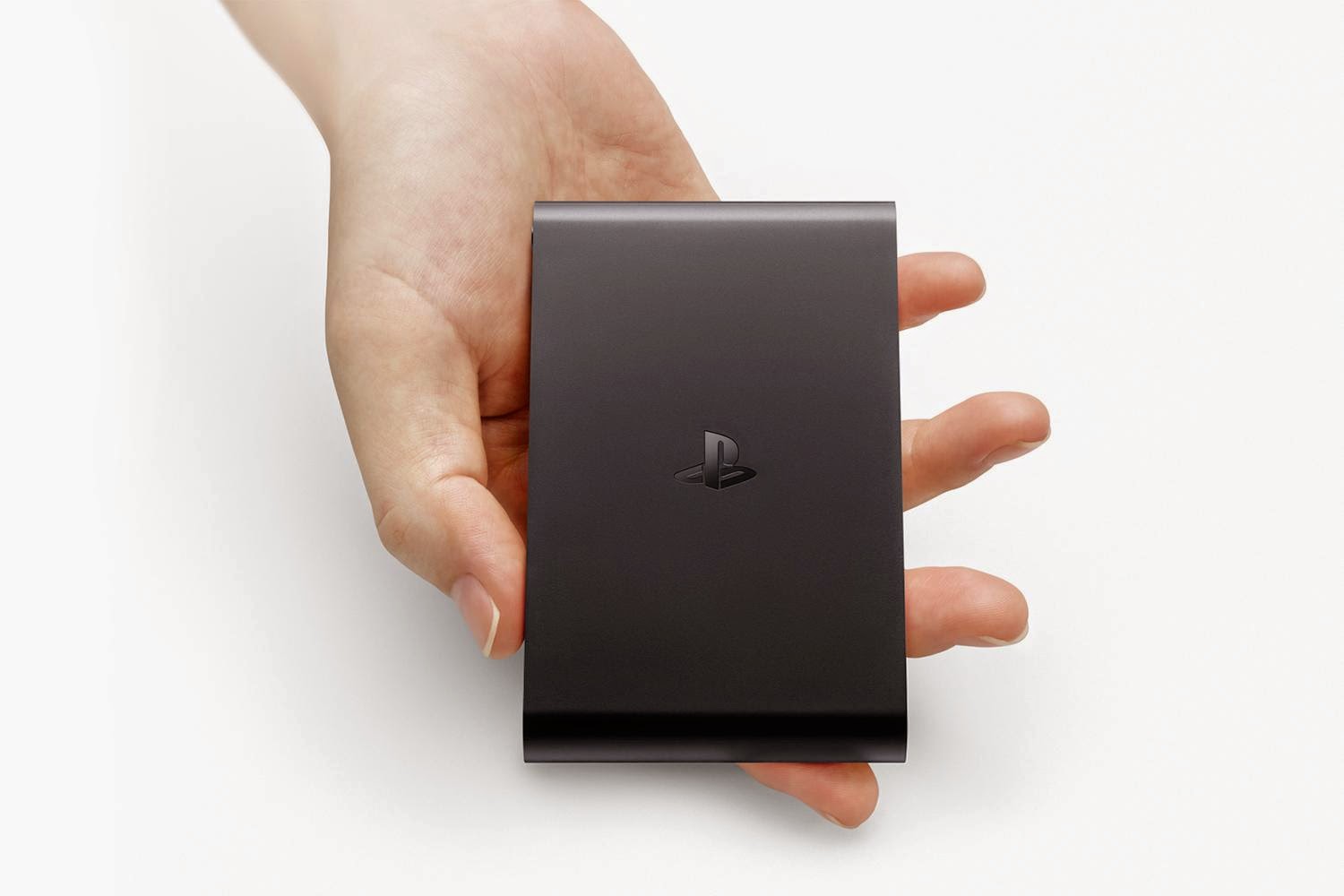 On the back of the Vita / PSP’s library support, Sony made one of the best possible decisions that they could have made which was letting users decide themselves if they wanted to use a Dual Shock 3, 4, or their own USB controllers. Not locking someone in to a specific controller such as back in the PS2 era was rather nice.

The menu screen is about the only real disappointment that I have with the PS TV. I had hoped and expected to have something more akin to the PS4’s evolved XMB. Instead the menu is that of the actual Vita which was originally designed for a touch screen. This can sometimes cause some annoyances when trying to figure out exactly what button does what when trying to organize, create new pages, and insert different games / applications into different folders. While this could have been manageable with the Dual Shock 4’s touchpad, it would still have needed a work around for the Dual Shock 3.

Overall this is a pretty fancy system. Not only does it allow to play Vita games up on the big screen, Remote Access into your PS4 to play any digital or currently inserted optical disk, but it can be quickly brought with you while not taking up a lot of effort or space if you are heading out for a while to somewhere with television access. Say the in-laws for the holidays.