comments Share
You are reading
Super Smash Bros. for Wii U – Wii U Review

The Wii U got off to a rough start when it released, with a good number of people passing it over in favor of waiting for the PlayStation 4 and Xbox One releases. A strange thing has happened since the release of Mario Kart 8 earlier this year, however. The Wii U seems to have found its stride. While both the PlayStation 4 and Xbox One has had some exclusives, the Wii U has managed to differentiate itself from those two consoles because of games like Super Smash Bros., which cannot be found on other platforms. Super Smash Bros. offers a robust roster, tons of features and modes and plenty of reason to pick it up and battle it out online or with friends and family in the living room. 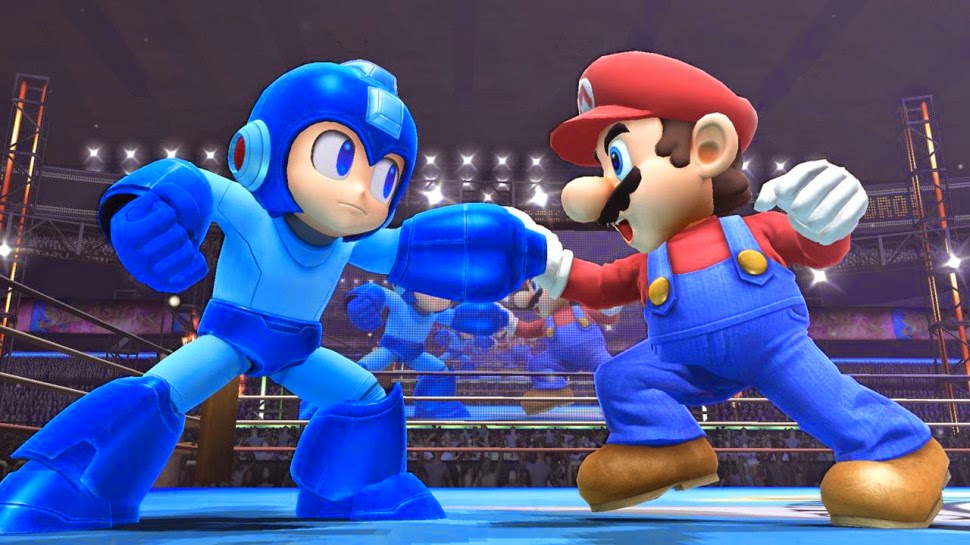 I have never been the absolute biggest fan of this series. I enjoy my fighting games, but there is a sort of randomness to the combat here that never resonated with me quite as much as titles like Street Fighter or even Tekken. I first played this series on my GameCube several years ago, and while we had it on the Wii, I never played it as much as my kids. It was fun, but it felt like shallow fun.

However, my son has been a huge fan of the series since the beginning, and ever since this title was announced, he has been following the news on a variety of different websites (probably none more than Challenger Approaching, where he is a frequent participant in the chat and discussions). With a steady stream of information  having come my way over the last year through him, I felt my own interest in Super Smash Bros. for the Wii U increasing. My son was a day one adopter of the title on his 3DS and was still playing it when I finally picked up Super Smash Bros. for the Wii U.

Needless to say, he was a little ahead of the curve compared to me (let’s be real, he is way better than me), but there are so many different options and modes that I did not mind. Sure, one on one he was mopping me up, but we had fun putting him against myself and a couple of AI controlled enemies of varying skill. We participated in different types of modes, ranging from simply taking away all of an enemies life/stamina to the more traditional method of play where you knock an opponent off of the edge of the screen. We started to play the Mario Party-like mode that sprinkles in combat and mini-games with board game elements. 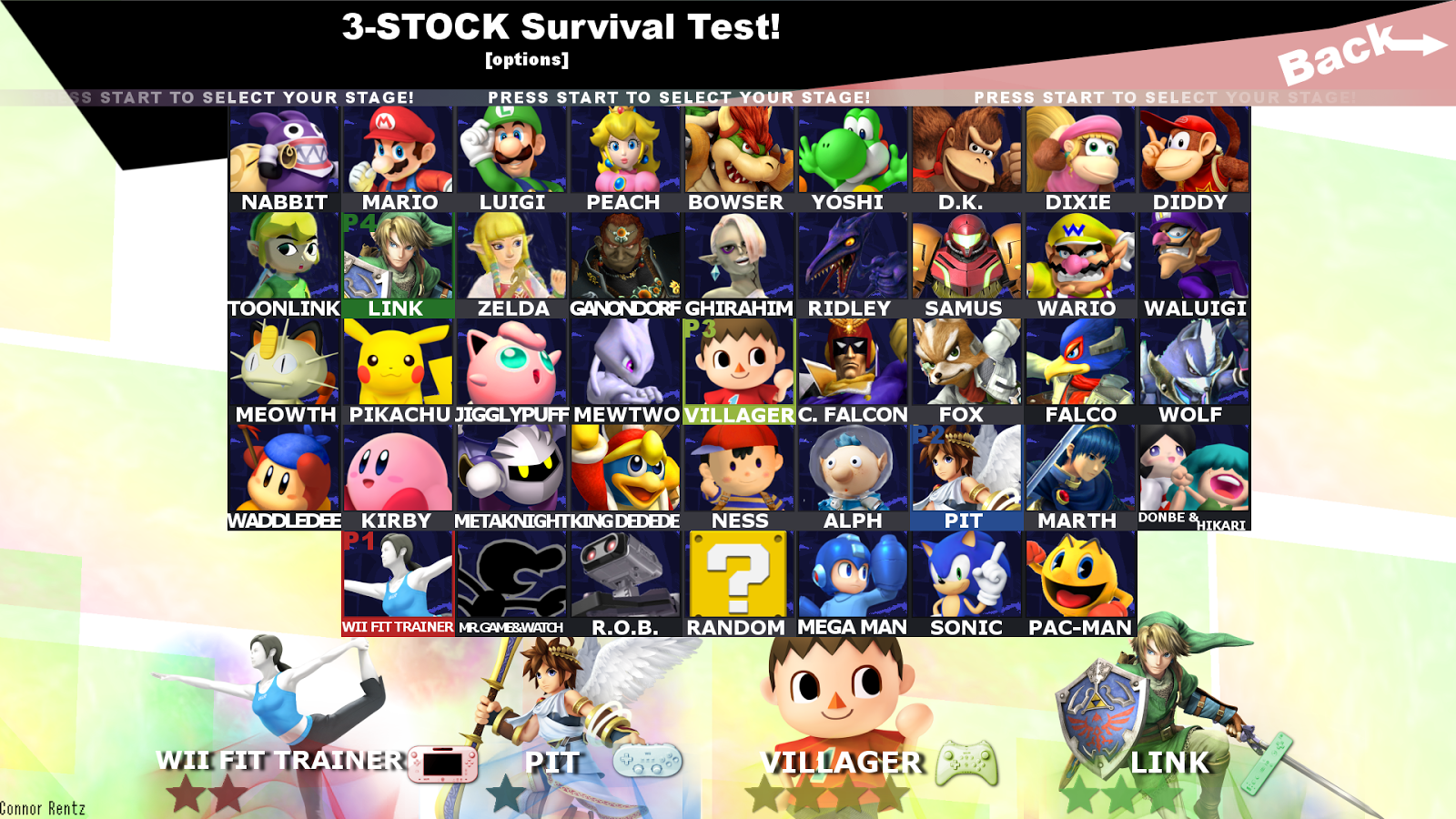 With so many modes that can be played in-person or online with others, it seems like there is no end to what you can do with Super Smash Bros. Even then, there are some stage design options for those who want to try their hand at creativity as well. Plenty of unlockable characters and trophies provide lots for completionists to keep busy with, even if you do have a favorite character or two (old school Samus with her mid-air bombs and powered-up beam were always my favorite and I felt right at home with her. Zero Suit Samus looks awesome, but I was far less effective with her I noticed).

From a technical standpoint, Super Smash Bros. holds up well also. The visuals are colorful and vibrant, though fairly simple. Much like Mario Kart 8 was able to take its cartoon graphics and create a rich-looking set of racers and tracks, Super Smash Bros. embraces its cartoony look and provides a smooth, fast fighting experience. The music and sound effects are all familiar, comfortable throwbacks to the source material, from the noises Luigi makes when attacking to the Zelda-themed music on the Hyrule stage.

The controls feel right. They are crisp and responsive, with customizable options that can be attached to a profile. This then tags your characters in traditional matches with a name, making it easier to pick your character out amidst the chaos (especially in eight player battles). One quirk that annoyed me was that in the party mode that naming convention was dropped in favor of the more generic Player 1, Player 2, etc. It threw me in my first couple of matches because characters are randomized and the lack of proper name above them combined to confuse me just a bit at first. Also, while I appreciate the online options, I did find the the controls to be somewhat unresponsive at times (likely due to a combination of the new release and opting to play during busier hours. Still, frustrating at times). 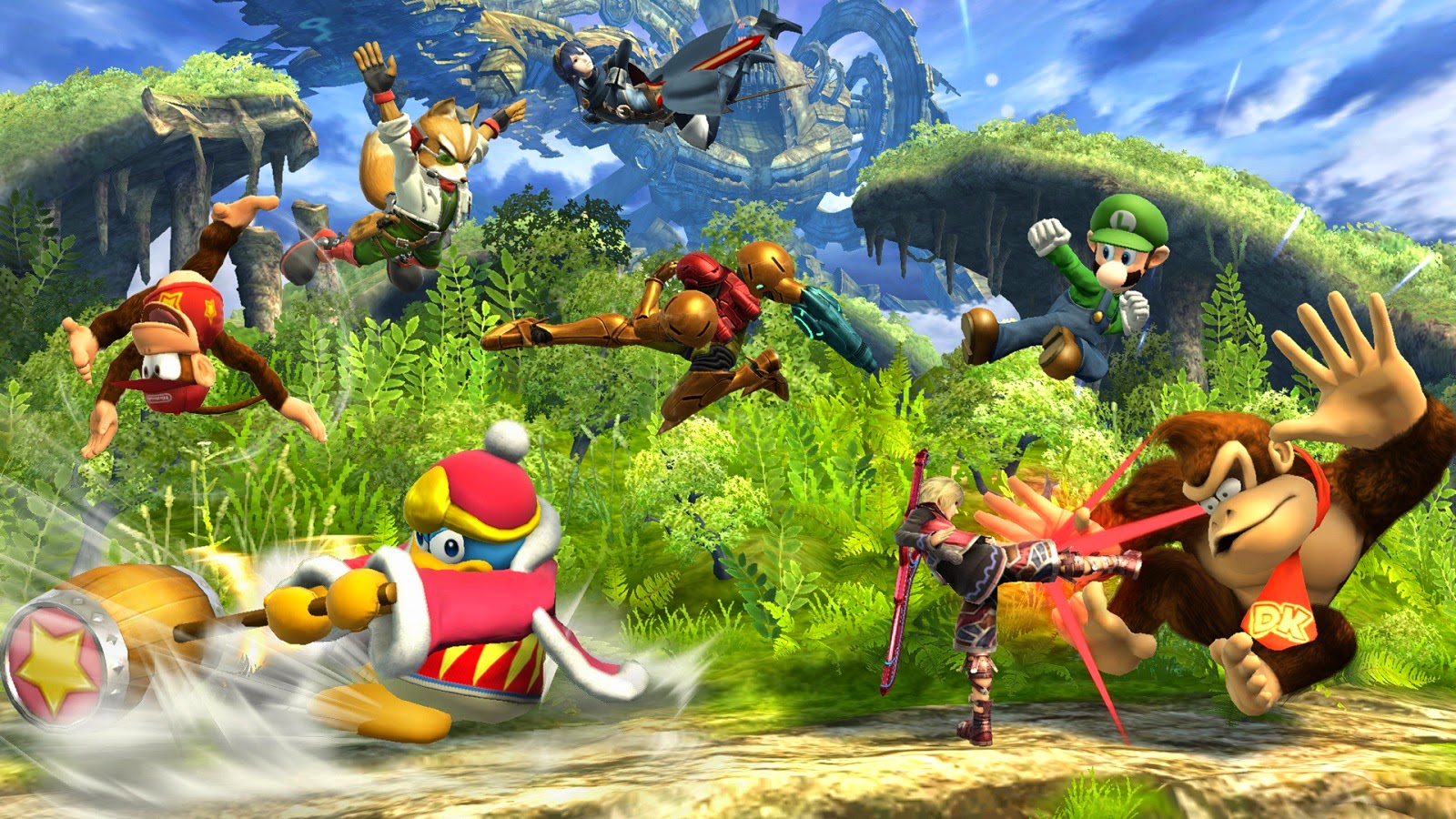 This is an outstanding party game – the type of title that can appeal to those who would otherwise never touch a fighting game. My wife is the perfect example of this, as she has not played a fighting game since Tekken two (she liked to button mash against a couple of my buddies who liked to employ that same ‘strategy’). However, on Thanksgiving eve she was more than happy to pick this up (after a couple of hours of Mario Kart 8) and give it a try for the first time ever. Certainly she did not hold up as well as my son or I, but before long we had all five of us playing together and having a great time with it.

If there is one other nitpick I have for this otherwise excellent game, it is that by now it would be nice to see something more of a true single player mode implemented. I realize that competitive balance, the huge number of characters for the roster and the variety of game modes likely take a good deal of time and effort, but I do like my single player campaigns in games and Super Smash Bros. is somewhat lacking on that front. It would be nice to see the series evolve further in that regard in the future.

At the end of the day however, Super Smash Bros. on the Wii U is an outstanding example of why there is new found life in the Wii U this year. Titles like Mario Kart and Bayonetta 2 have certainly helped, but perhaps no title has more multiplayer appeal than the crazy antics found in Super Smash Bros. There are some holes in the package due to the fact that the game is a lot of fun, but still has not evolved a whole lot over the years. It has room to grow if given an opportunity, but what is here is still a lot of fun.