comments Share
You are reading
Thomas Was Alone – Xbox One Review

At first glance, Thomas Was Alone does not impress due to its minimalistic presentation, but clever level design and puzzles complimented by witty writing help to offset the lesser visuals and occasionally frustrating controls to create a memorable experience. 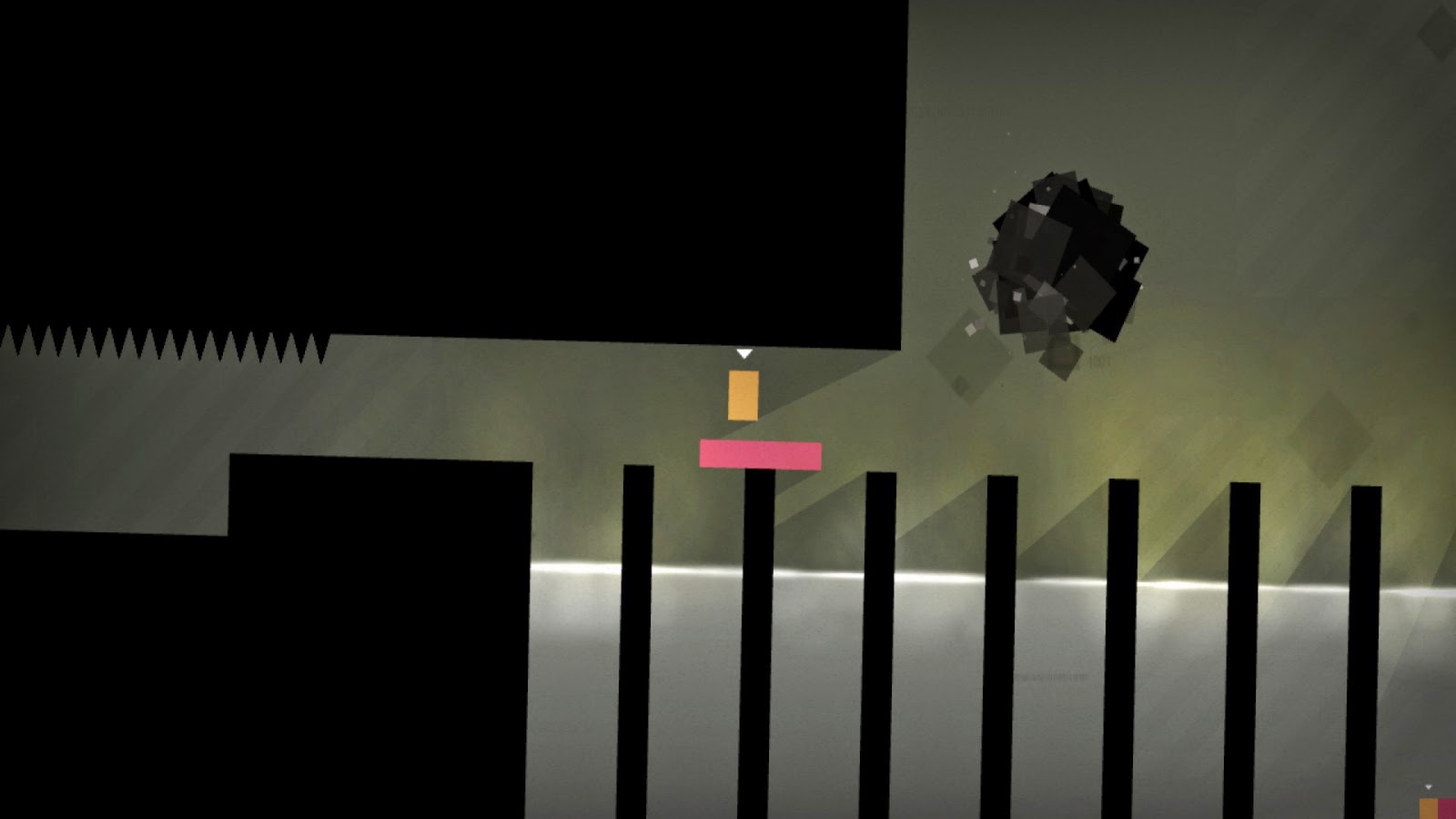 There are a lot of people who talk about ‘games as art’, and usually the conversation circles around titles with spectacular, unique art style (Shadows of the Colossus and Child of Light) or ambiguous themes (Journey) or some combination of the two (Limbo springs to mind). I can easily see where Thomas Was Alone could insert itself into that conversation due to the story.

Thomas is in and of himself a simple block. He is of average size and average jumping. There is nothing particularly special about him. However, the use of Thomas and other blocks with different traits allow the player to try and solve levels that start off simply but eventually provide a great deal of thoughtful challenge. There is a sense of learning by doing, and the difficulty curve is absolutely spot-on as you progress through puzzles that are tied in wonderfully to the narrative. It helps that the voicing is also incredible, providing a sense of purpose while overlaid with a thoughtful, almost soothing soundtrack. 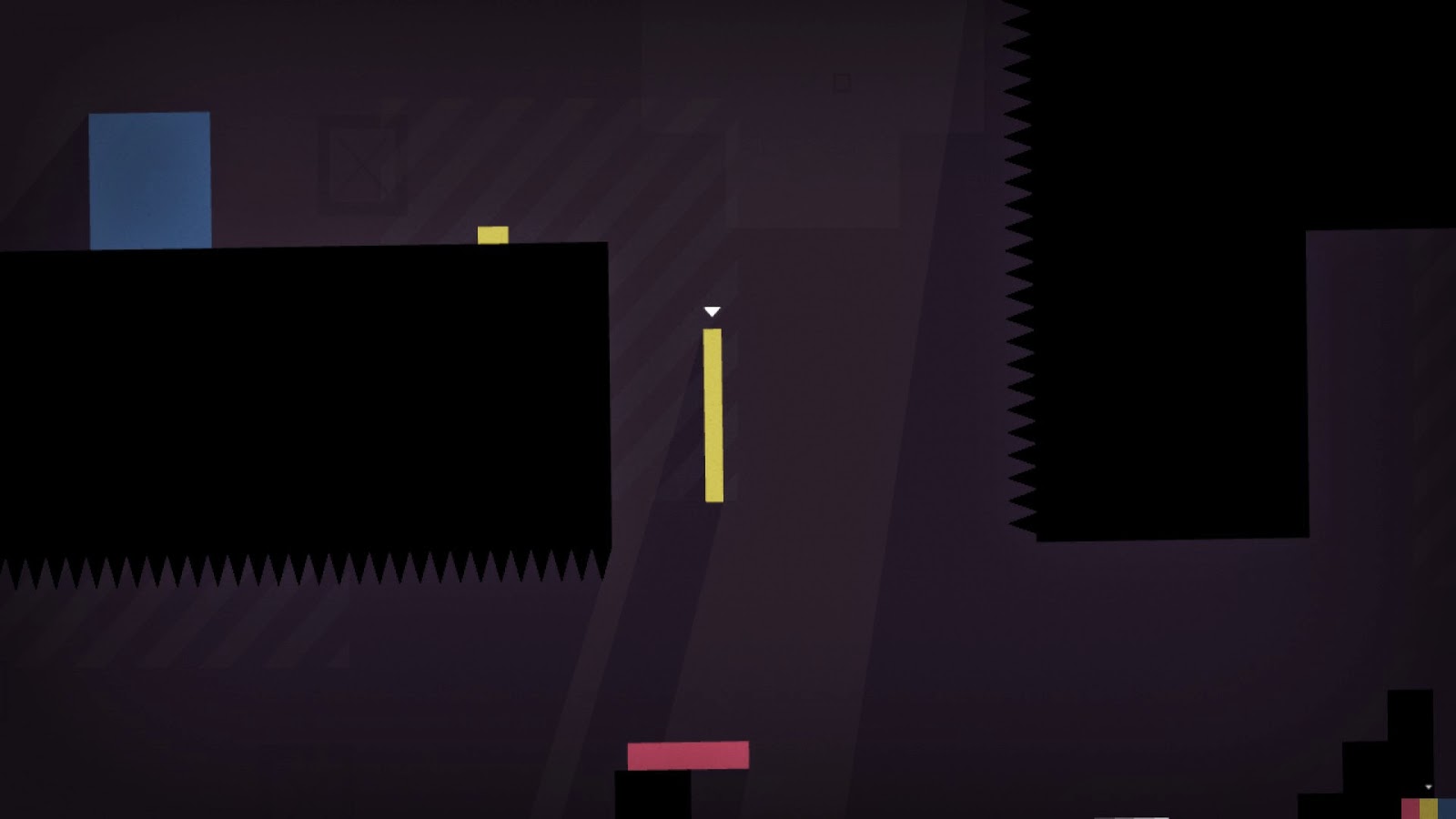 Some of the puzzles are more rewarding than others, as solving them is really the ultimate goal as it draws along the narrative in the process. The controls sometimes frustrate. Thomas is basic enough that you become familiar with his motion early on. Other characters bring twists to the party, but in the end it all revolves around jumping and movement. How many games have we played over the years where jumping was a core mechanic (or even the only mechanic)? Here there are variations – double jumps or the ability to float on water or even the need to stack or bounce off one another, but at its heart jumping is all you have to work with.

Given that the game is built on rectangular shapes and the
only notable gameplay mechanics revolve around jumping, there is not a
great deal more to dive into other than to assure you that your time
(which will be relatively brief. Puzzling pros can push through in a
handful of hours, but just about anyone can see this tale through to its
end in under a dozen hours) will be well spent. What starts off a
curious little story about a lonely rectangle somehow manages to elevate
well beyond that, into an event that I felt compelled to see through
until the end. 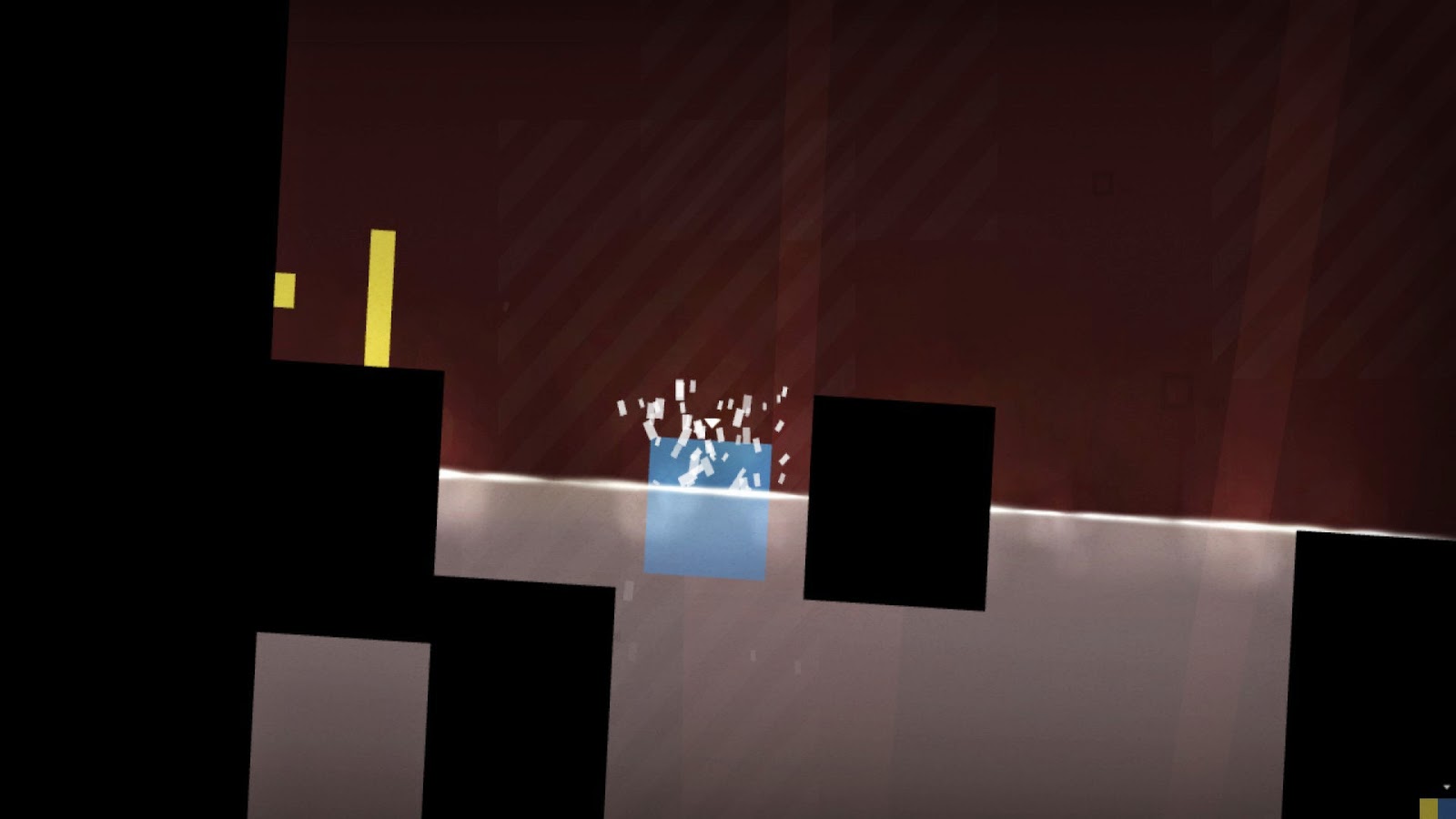 I said in the introductory paragraph that the controls were sometimes frustrating. It is not that they were necessarily imprecise, but there is a very specific way in mind for advancement through the many levels of Thomas Was Alone, and figuring out that one approach and laying it out exactly can sometimes grate. These moments were few and far between, but I did have to give myself a brief breather before coming back to a handful of the puzzles, but in the end it always came together for me.

Because of the strict nature of the level design and progression, there is however almost no reason to replay the game once you beat it. Thomas Was Alone becomes something more of an experience, but even reliving that failed to have the same kind of draw that its initial telling did. Still, the initial experience is one that is easy to recommend to fans of the puzzle or platforming genre as Thomas Was Alone transcends its simple visuals and controls to create something far more interesting.