Fantasy Hero: Unsigned Legacy is an action-RPG for perhaps one of, if not the best consoles for the genre, the PlayStation Vita. Over the last few years the Vita has seen a multitude of RPG games that really show off the power, scope, and popularity of not only these types of games, but the console itself. For many years the Vita has been Sony’s forgotten child, getting only scraps here and there, and as time went on, more and more developers recognized the power and capability of the Vita and we have had excellent titles such as Tales of Hearts R, Sword Art Online: Hollow Fragment, Persona 4 Golden, Demon Gaze, and Disgaea 4: A Promise Unforgotten. Looking to join the list of RPG greats on the Vita, Fantasy Hero takes place in a world that was once peacefully but has now been overrun by monsters known as “Decoders.” Living on in this crumbling world in small havens of humanity has been the norm until a handful of brave warriors make a stand to return peace to the world. 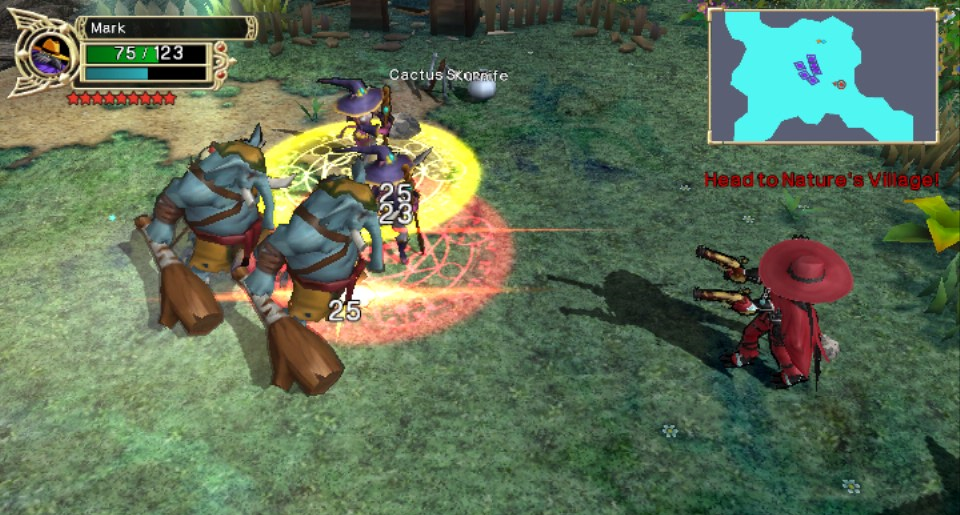 Fantasy Hero -Unsigned Legacy- has both a familiar and a unique feel to them. Familiar in the aspect that it is very anime-inspired, with flashy outfits, ridiculous hair styles, and out-of-this world fashion sense all applied to near “chibi” style character models that populate a 3D world filled with both lush and stark environments. A number of the areas could be a bit more populated with doodads like furniture or more interesting environmental aspects, but all in all it looks decent on the Vita. The hard part to swallow is not the actual appearance of the characters per say, but rather the giant black border that surrounds the characters.

If you were to pick up a well-drawn coloring book, then outline the already-outlined characters in black then you color in the detail you would have an effect that is very similar to the characters in Fantasy Hero. It is strange and causes a crack or break between the environment and the characters so it looks more like they are ON TOP of the backgrounds rather than IN the backgrounds. The effect is jarring and is quite unpleasant at times, though while moving throughout the various areas, where the characters are zoomed out and you can see more of the map, it is not as noticeable. The overall appearance and tone of the environments are nice, though, and more times than not when the black-border was not jarring me “out” of the game, I actually enjoyed moving through some of the environments (there are a few woodsy / forest-y areas that are actually quite nicely made).

Given the fact that nearly every aspect of Fantasy Hero’s aesthetic feels very Far Eastern, the audio (and corresponding text translation) is very well done in a fashion that would neither be confusing nor condescending in a Western market. More often than not I tend to see a lot of mistranslation (still!) or certain nuances, jokes, or pop-culture references will be missed as a fault of context not being correct. The music is decent, though I did get annoyed with the menu music (you will spend plenty of time in menus) and I was immediately reminded of the beloved Final Fantasy VII town, Costa Del Sol and its fairly upbeat tempo; I will be honest, sometimes when your game is trying to portray scary, oppressed world you would not want to have overly upbeat music as it breaks that continuity. 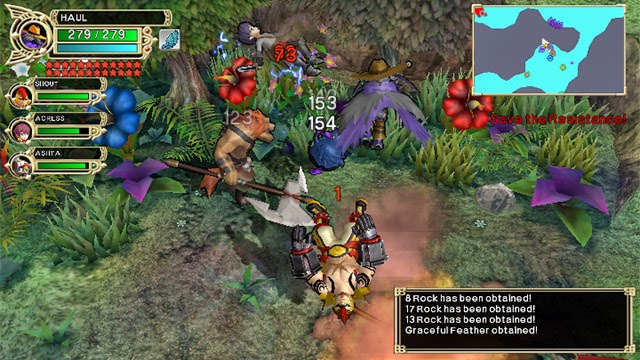 I did not find a single memorable point where I was thrown off by what I was reading and hearing. The script is played out very well in Japanese and the atypical excellence that you will find in titles with Japanese seiyu (voice acting) is in full force. The translation is also quite good, though the way that the text appears on screen will at times be so close that it looks like they are speaking the native tongue of the Kender (from Dragonlance; for those that are unaware I strongly recommend you become aware). There were a number of times throughout the game where I would have to read, reread, then re-reread because the text would look like this: “Theclosestonesisalittlebiteastofyourcurrentlocation.” Very difficult to read and a bit confusing at times and it happens enough that I felt it prudent to mention it here.

The strongest aspect of Fantasy Hero is in the combat, which unfortunately is not the best combat out there. More often than not combat will devolve into a Diablo-style button mashing contest where little to no skill is involved; just a matter of whether you can hit them more times than they can hit you. Fairly basic and anybody, from young children to seasoned veterans, would be able to pick up the game and could play it. This is actually a good thing, but for diehard RPG and action-RPG fans out there, you will be left wanting more, though for the younger, less demanding crowd it could be just right. While the combat is mediocre at best, one interesting feature of Fantasy Hero is the way missions are handled.

There is your atypical hub, but within your quest hub you have a message board, something akin to the Hunts boards in the taverns of Final Fantasy XII, where you will access the main missions, side missions, and community board (i.e. ad-hoc network multiplayer boards). Being able to head to the board, while nice, is a bit of a different pace for story-driven RPG gamers (like those found in traditional roleplaying games such as Final Fantasy or Tales of Hearts R). While some diehards may have issue with it, I found it simple to use and allowed me to pick and choose missions as I saw fit rather than taking a predetermined path through the game. While not a new feature, it is certainly welcome in a game that is quite basic. 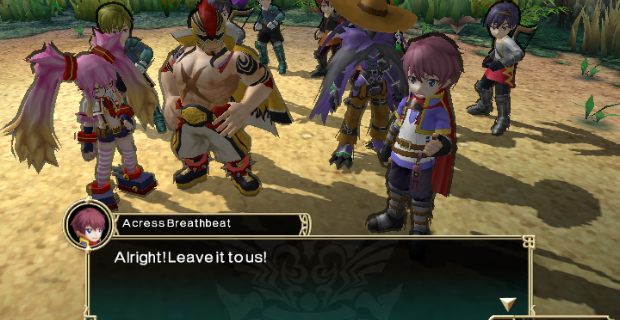 While Fantasy Hero: Unsigned Legacy is not a terrible game, it is not a genre-winning entry into the Vita’s growing library. Standard by all accounts, Fantasy Hero is a generally enjoyable title with an odd art direction and decent seiyu, though the audio alone and colorful visuals cannot make up for the fact that Unsigned Legacy is, by all accounts, a mediocre title. While Arc System Works changed up some of the standards of the action-RPG genre, they did not do so in such a memorable way to create anything new or exciting.

A generic story, generic character tropes (a loli robotic engineer, an overly masculine wrestler, a mutated bird-man wielding Devil May Cry-style pistols, and an overly immature, yet completely annoying sword-wielding boy-hero), decent voice acting, annoying music, and plain graphics, Fantasy Hero simply exists as another title in the ever-growing sea of forgettable handheld gaming RPG titles. Though, for all of its faults, it is still a fun little game that you can whittle away at while you are board waiting for the pizza to cook or for your war table missions to complete in Dragon Age: Inquisition.