I found Global Defense Force Tactics in my local video game store. Being a fan of turn-based strategy and having only one more game of the same genre in my collection, I decided to buy it. The story is about an invasion of aliens and a special army formed to stop it. Basically, there is no plot and the mission objectives are repeated: destroy all enemies or occupy specific strongholds within a predetermined number of rounds. 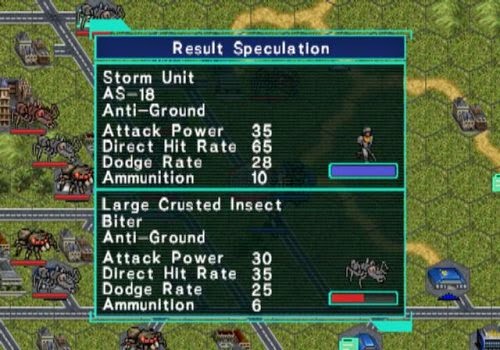 Before a mission you choose units and their weapons. Then, you deploy your forces and steadily move to the enemy locations, engaging in battle as you meet them. The terrain is divided in hexagons -each units occupies one of them- and affects your movement, e.g. you need to find a bridge to cross a river. Aliens are hidden in fog of war while their buildings are visible. When you complete a level you are awarded with new units and weapons based on your performance.

Units can level up and possess different abilities. Infantry can overpower alien strongholds, rangers attack from a distance, tanks are highly resistant to damage and ‘pale wings’ have great mobility and engage both ground and airborne opponents. On the other hand, rangers cannot attack and move at the same round, tanks are slow and fliers can crash if their fuel is exhausted. In case a unit is low on health, fuel or ammo you can store it in a building to replenish them∙ if it is destroyed a replacement is available, provided you have enough energy, which is produced by strongholds.

The graphics are a big letdown for multiple reasons. The scenery lacks detail and stays the same in every stage –except for no8-, some sprites look almost identical and aliens are mainly insects with little variety. There are no visual effects or animation unless you count some hilariously bad 3D sequences that you can turn off, thankfully. Needless to say, I came away unimpressed. 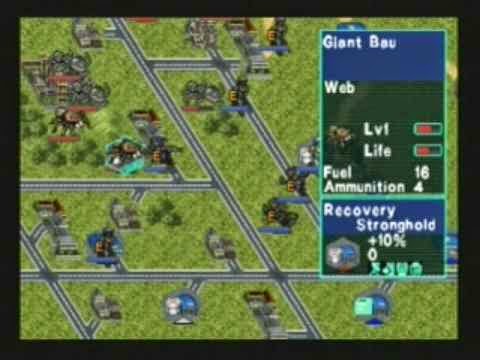 As lackluster as the visuals were, the sound is probably worse – there are about four sound effects and the music lasts a few seconds before it enter a loop. The control is satisfactory at least, and helps to salvage the overall experience. Whether you prepare your army, see how far a unit can go, check possible targets or locate idle soldiers, you do it simply and quickly with intuitive controls.

The difficulty is a bit lower than it should be for several reasons: you get help from allies in every mission, monsters are not aggressive and you learn the precise outcome of a duel before you decide to attack, so you play safely all the time. Despite that, knowledge of your army and tactics are required to progress through the game.

Global Defense Force Tactics was interesting for some hours. However, once I completed level 12 I realized I had already seen everything it had to offer, so I quit. The gameplay is solid but the presentation and mission design needed much more work to hold my interest. There were some decent ideas at work here, but in the end the title just underwhelmed me. 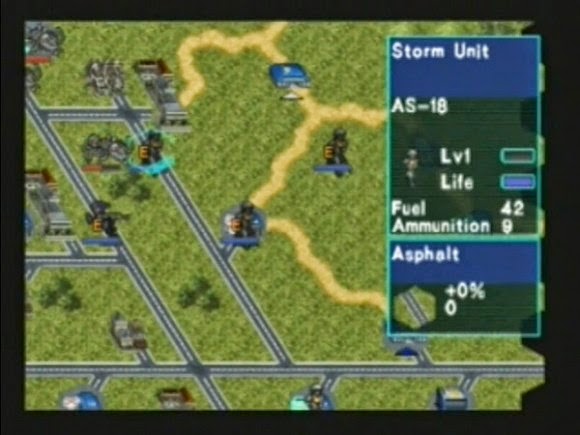