In general one could state that I am mostly a console gamer at this stage in my life. Whether it is one of the various versions of a Sony, Nintendo, or Microsoft device, I generally get to play the games that I wish. This being said, not all great games come by these awesome platforms but instead are released solely on the PC like many of my favorite genre which are the Indie RPG. Thankfully, while I do love the indies, I have a beast of a computer for Graphical Design and Web Development as well as high-end PC games. The reason for this is because while my Player 2 and I tried to load Tristoy on our identical laptops… they couldn’t run them. We had to set ourselves both on my PC as a decent amount of power was required to run the gorgeous, but resource intensive experience that is Tristoy. 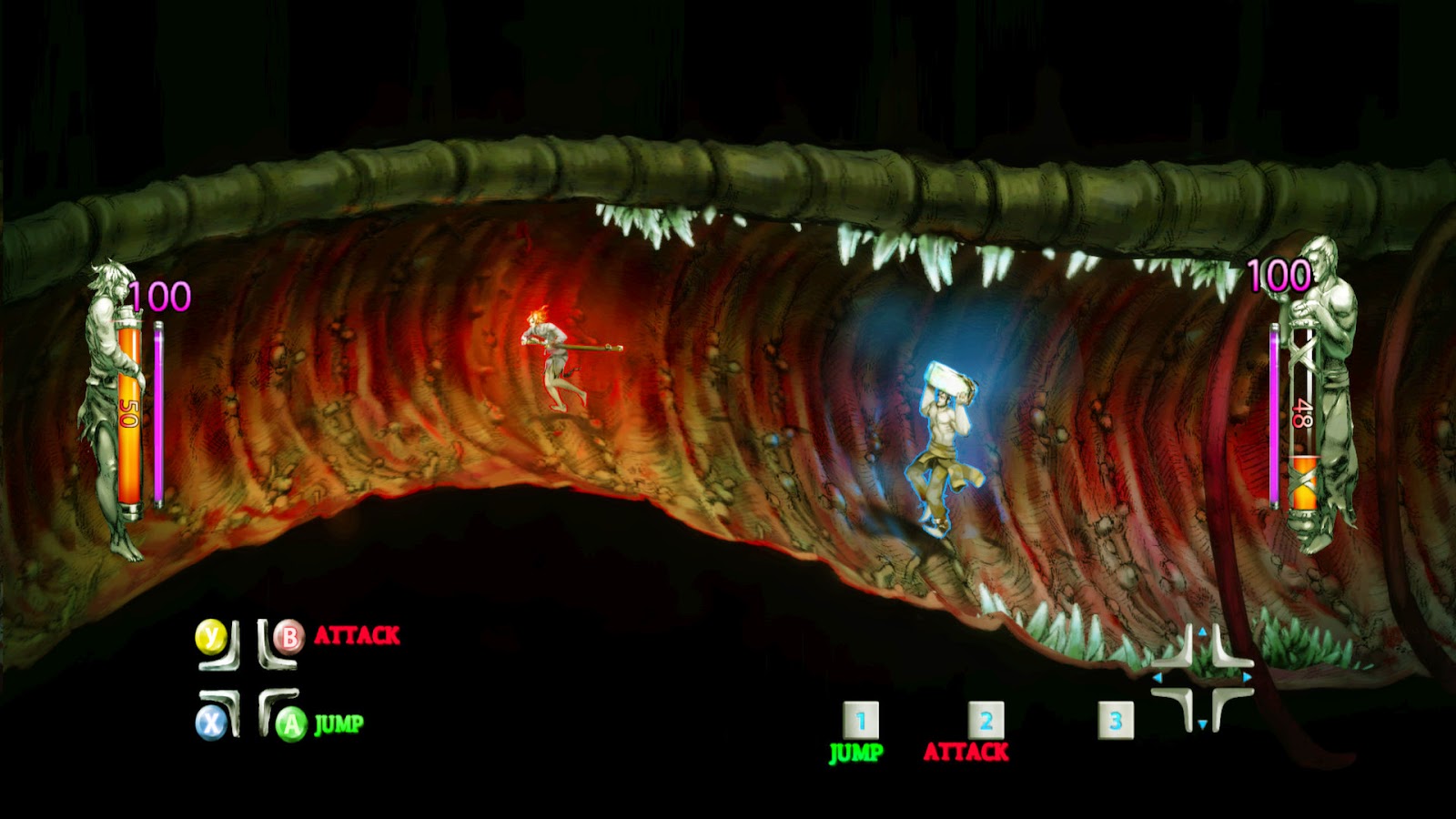 There are some games designed for cooperative play, and then there are some games designed as cooperative play. Tristoy falls into the second of these as working together is an absolute must. Communication is extremely important between players because without it, don’t expect to get far. Tristoy follows the story of Prince Freedan and the Wizard Stayn as they try to escape from this prison set out in the middle of nowhere. The catch? Starting off only the Prince exists in the corporeal world while the Wizard can affect things magically while relying on the Prince’s life force to simply not disappear after a large display of power that ties the two together.

Gameplay for our two escapees is akin to a Metroidvania where exploring many rooms in order to find objects to continue on is a must. What comes as a good idea is that regardless of using two different systems or one single one, the player’s screen is divided as it would be while playing the later Lego games allowing both players to head off in different directions as need be while still being able to see what the other is up to. 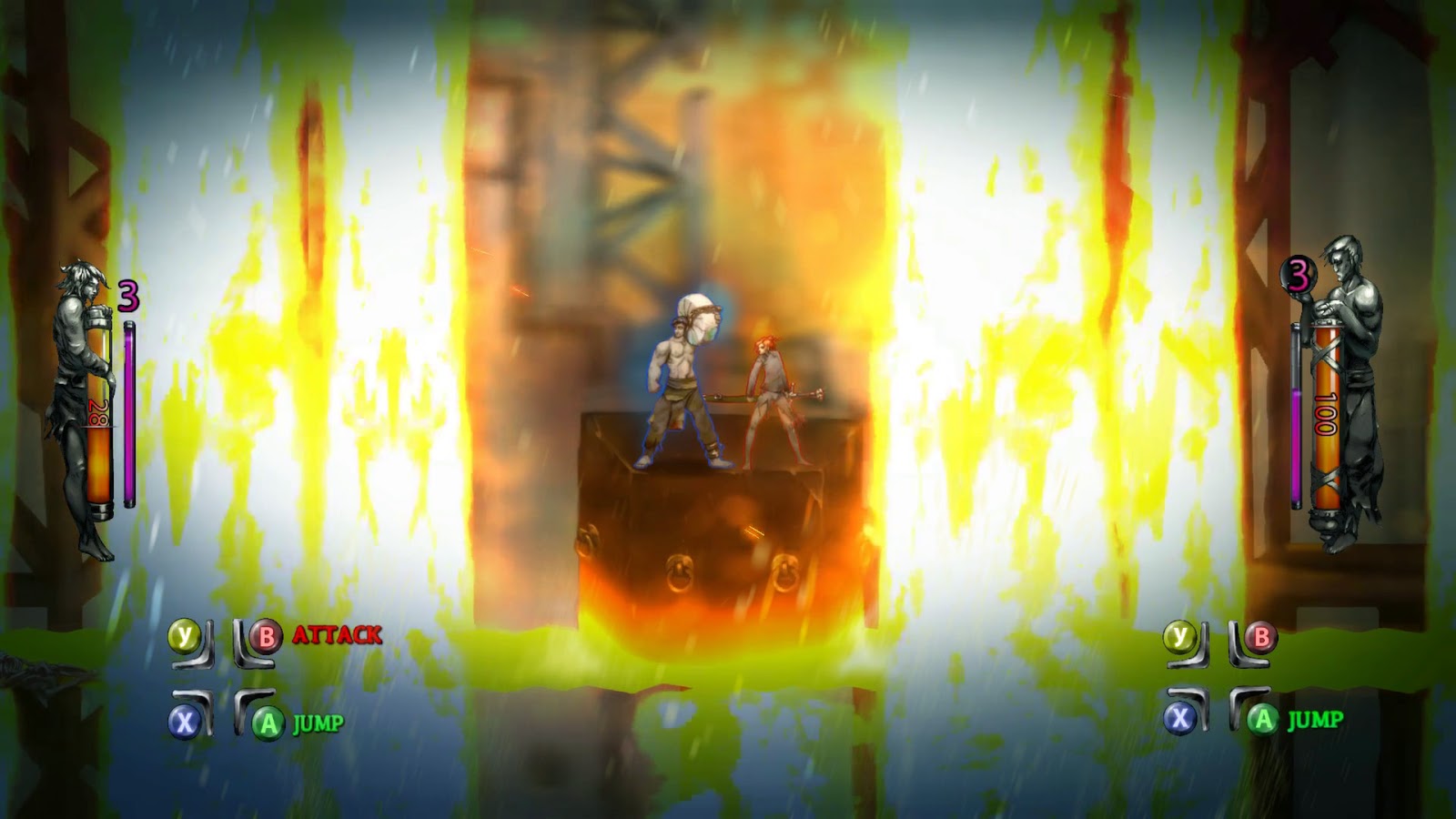 When originally playing Tristoy with my Player Two before christmas, I personally would have enjoyed a static split as the adjustable screening was giving me the largest headache and I simply couldn’t concentrate on what is going on because of the eyestrain that it was causing me. With the full release however, the entirety of the system seems much smoother including the dynamic splitting making things much easier to look at when we were running in different directions. The amount of work that seems to have gone into optimization of the system has shown how much love that the devs have given to this before release. The only issues that we could somewhat experience was controller input seemed to lag for the Wizard while not as much for the Prince. It was intermittent at best, but sometimes at the worst possible times.

In regards to exploration, Prince Freedan is our melee attacker and pretty much the core of the operation. If he falls, then it’s back to the start or the game over screen depending upon how many chances are left to respawn from the last checkpoint. Having a health bar, players who take up our Prince must be wary as it really does fall to them to keep the game rolling. Stayn on the other hand is a Wizard in spirit form existing outside of the normal realm. Well he was. After a certain point, Stayn becomes subject to the same rules that apply to Freedan upping the difficulty scale a significant amount as the second player no longer simply props back into existence after being hit by a fireball or falling too far. This rewrites the rules having both players requiring to pay extreme attention to the deadly environments. 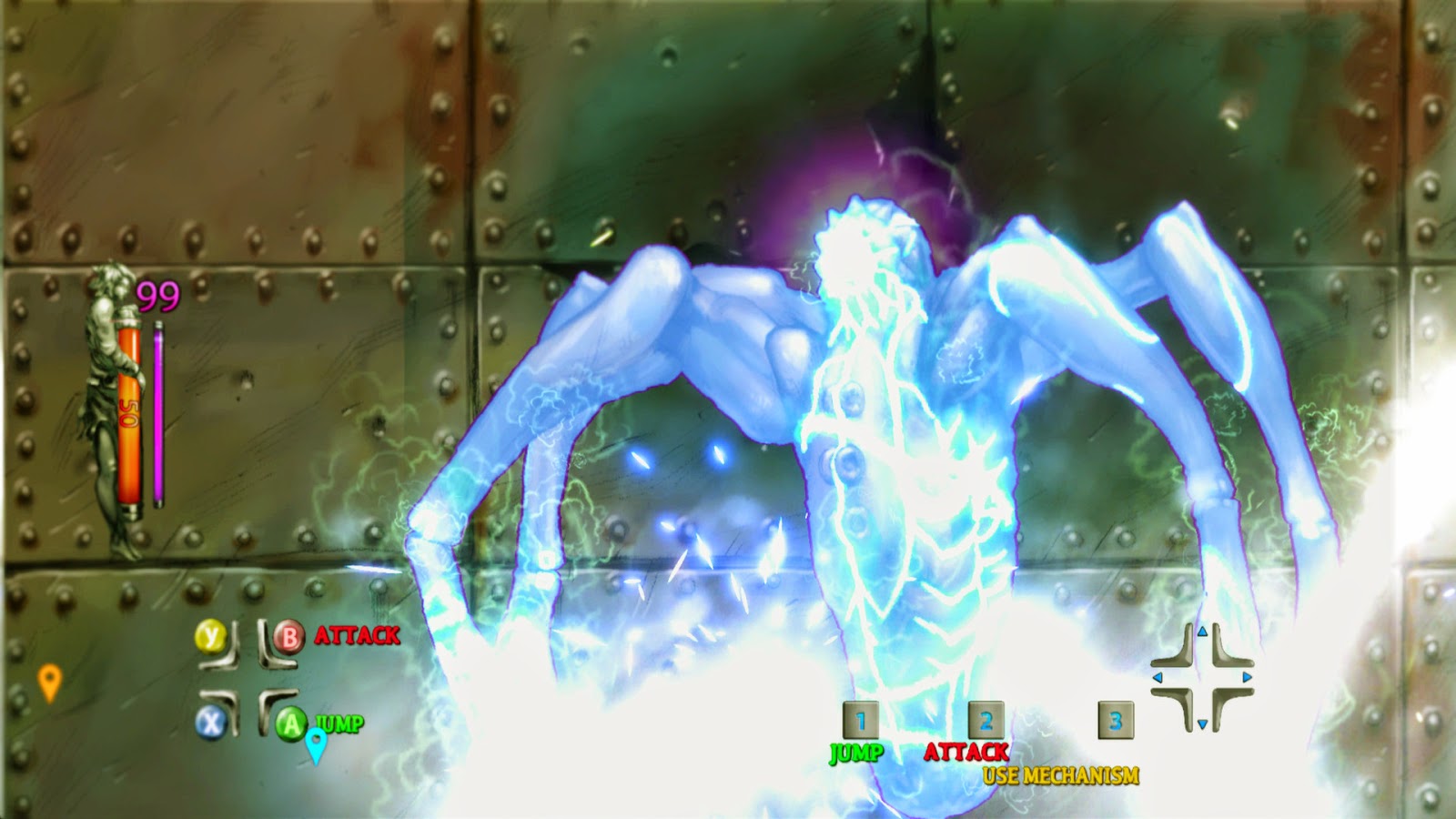 Over the course of exploration players are going to die a few times either due to a mistimed jump, not having moved at the same time fast enough, or one of the two dropped the ball when it came to moving out of a bosses way before being made one with the ground (insert innocent whistle here). Thankfully along the way aside from defeating enemies, there are breakables that drop purple orbs that once enough have been collected, players gain essentially an extra life to resurrect from the entrance of the room. If all of these lives are spent, players will find themselves back at the last checkpoint having to re-find their way back to the location that the fell. Player Two may not have been happy with Player One a few times as I may have miscalculated those fireballs… a few times.

Now while the gameplay is interesting all on its own, the most interesting part are some of the conversations that can be had which change the game’s storyline. At certain points both players can choose how they want their character to react and what they want them to say. Some of these options directly influence the past as while players plunge ahead through Tristoy, while others act as simple banter between the Prince and the Wizard. It was fairly interesting to see the different reactions between both of them depending on the choices that each player took.

Overall Tristoy is a pretty solid cooperative experience that will test some players more than others, patience or skill depending on the set of players. Just about all of the issues that I had while originally playing in regards to performance disappeared once the full version came into being making for a pretty smooth experience.