Wait I can do what…? How do I do that other thing…? There’s no way that this is going to work… Dear sweet merciful gods! Did you see that? Which button pulls back the springs again and how can I make a death chucking catapult? All the above were uttered while experimenting with the various crazy ideas that I had with the very interesting Early Access of Besiege “… a physics based building game in which you construct medieval siege engines and lay waste to immense fortresses and peaceful hamlets.” Needless to say, It is a lot of fun! 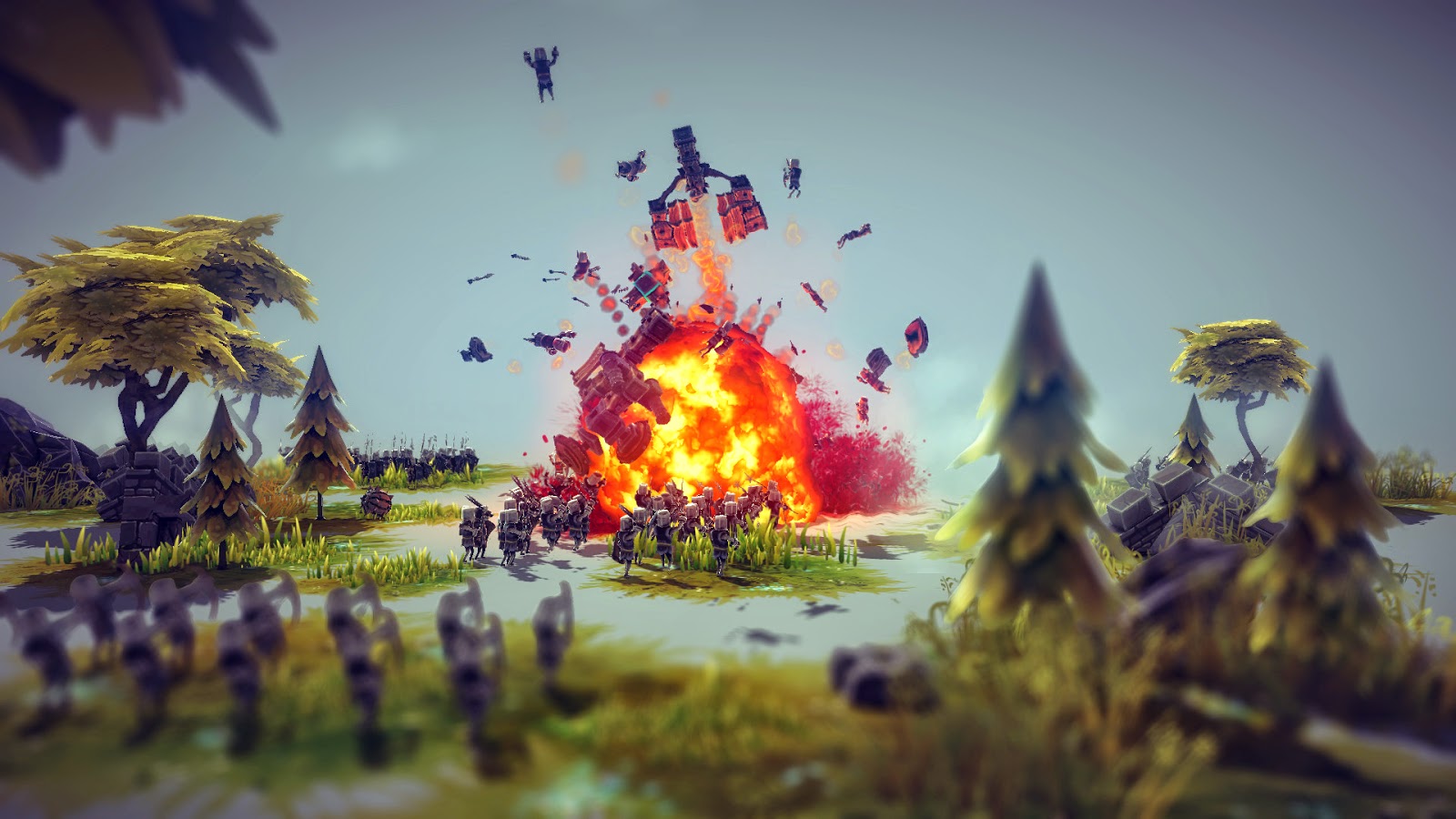 Besiege allows players to do what they want to do, however they want to do it within the laws of physics. Essentially, this was like playing with very awesome motorized Lego that also included cannons, flamethrowers, catapults (once you learn how to make one) and more. Each stage has its own objectives, generally to destroy whatever you are told to by any means necessary. I built a Catapult with three forward cannons to destroy a wall with archers on top just to move into a better position to launch a bomb instead a boulder because it flew further. It was quite satisfying.

Players start off with a single basic cube in the middle of a three dimensional space which acts as the nexus for any project. Once the foundations have been laid, players are able to set their creation on the ground which allows for a lot more vertical space to play with. The only catch to any creation is physics and the size of the building space. I’ve had projects crumble under their own weight because they were not anchored enough. The wheels continued on as everything else was left behind in a heap of debris. 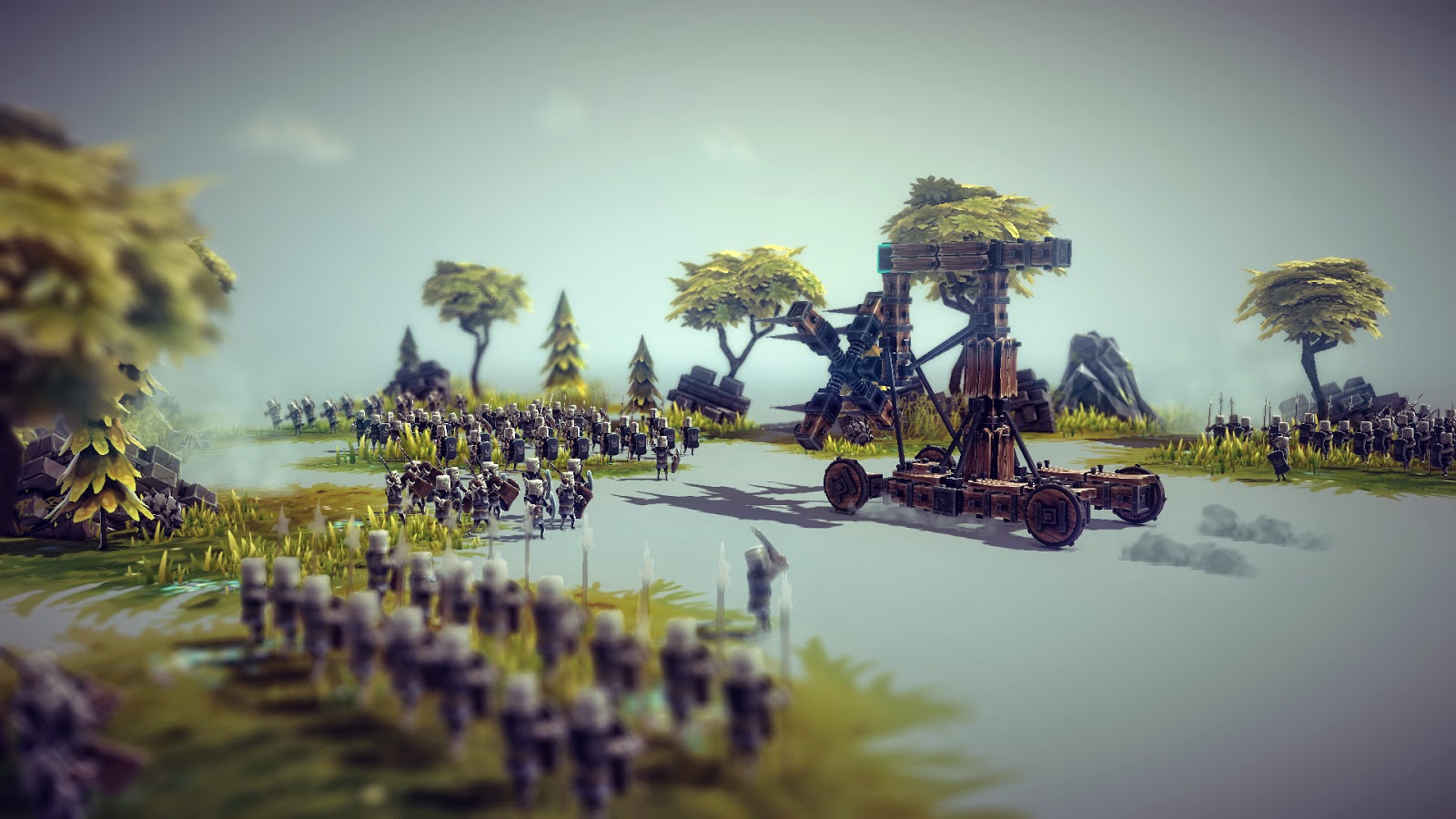 Projects can be joined together by a variety of different objects such as blocks, braces, springs, and hinges. The only limit as to what a player can build falls into how creative they can be with the parts that are available. My Player 2 has made things incredibly better than I have in half the time. What was nice with Besiege in this regard however is that everything is available to the player from the start. There are no level requirements to access certain parts, there are no secret objectives that hide something cool behind door number 1, everything is there and waiting to be used however you see fit. Your creations can also be saved to be brought out to wreak destruction levels later.

Controls are pretty robust and every action starts off with a keybinding of their own from the cannons to the springs to pull back a catapult. That is another part of the charm of Besiege, that regardless of what a player sets out to do, everything is right in front of them and only requires that you hover over the part to see it’s respective key. The camera can be zoomed in and out, panned, and rotated as a player sees fit not only while building your machine, but also once you’ve deployed and are heading towards your objective. There are times where the angles are not the best and in some cases there are a few tiny issues but nothing that can’t be taken care of by simple just resetting the view to its default.

All in all, for an Early Access build, Besiege is already looking fantastic. The only issue that a player might encounter is how long they spend building their machines compared to actually doing what they should be. So really no issues at all! Happy Sieging ! 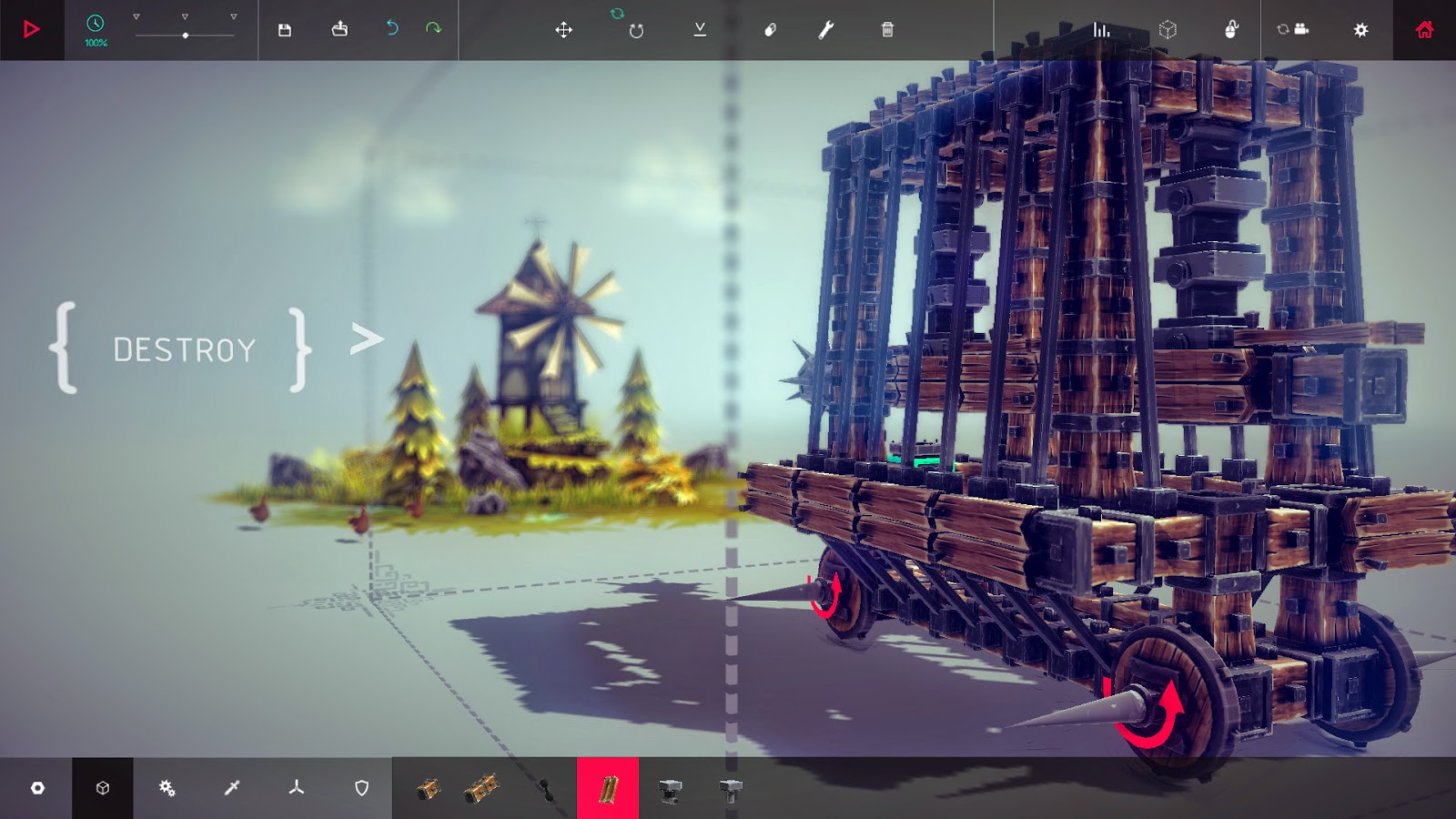