Having recently had a chance to play the classic Double Dragon arcade games with the Double Dragon Trilogy on Steam, I felt it was probably time to take a look back at the game on the NES. This was one of my favorite titles growing up, even if it was something of a pale imitation of the arcade original. 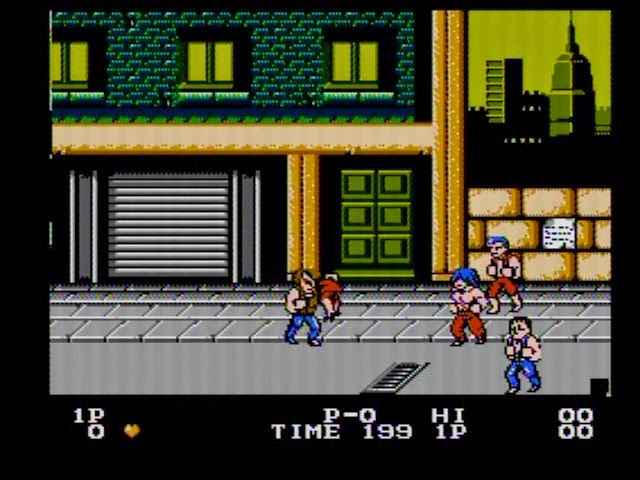 It has probably been twelve years since I fired up the NES version of this game. After having played the arcade version recently, the first thing that jumps out at me is how stiff the characters in the NES one felt. I expected the visuals to be less impressive and I recalled that the move set was far more limited (more on that in a minute), but the stiffness somewhat surprised me.

Still, the music is still good and there is an odd RPG-like element in this version of the game that I used to take extreme advantage of. As you score points, you earn hearts. Hearts equal new moves, eventually leading up to a jumping spin kick that is devastating in power.

In the video below, I was simply playing to play – but I remember how I used to sit there moving up and down throwing a couple of punches, and then letting the remaining of the three initial enemies survive so he could get back in-line with me so I could smack him again. 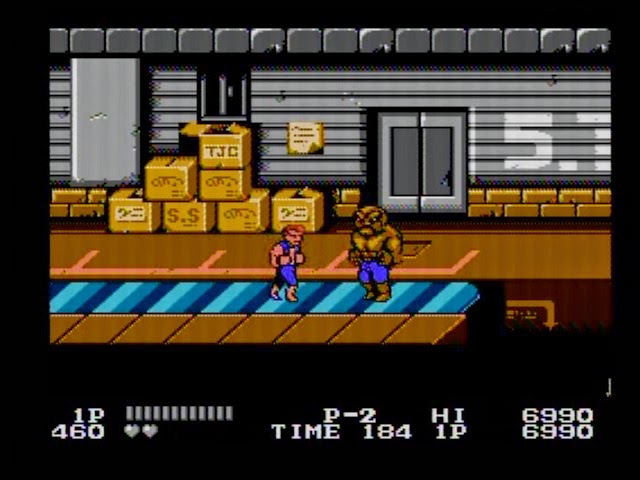 I would do this until I had several hearts to my name. The only thing keeping me from abusing the system to maximum hearts was the time limit, but as I recall this was still something I usually had maxed out about midway through the second stage.

Another notable difference is the length of the game. While neither the NES or arcade Double Dragon was a particularly long game, there were more levels and a greater variety of backdrops in the NES version. The arcade iteration was meant to gobble your quarters as quickly as possible. The NES one had its challenging moments, with some ridiculous platforming elements I had honestly completely forgotten about until replaying the game, but the actual enemy fights were not as challenging.

Of course the biggest difference is that the NES version of the game is simply a single player affair. In the arcade the two player was the selling point (Double the dragon, as it were) – but here two players simply had to take turns in what was an otherwise single player experience. A few other details I had forgotten about that differentiated the two came back to me. 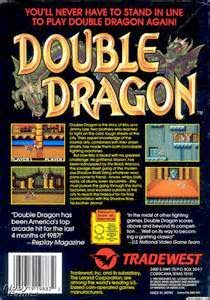 One is the weapons. Each ‘section’ saw weapons vanish (unless you took advantage of an exploit that bugged the weapon if you picked it up off of the ground at the VERY last moment before the scene shifted to the right), where as in the arcade version you could conceivably keep a weapon through an entire level. The level design itself is quite a bit different. I touched on the number of them and the visual aspects, but the NES version of the game has a good deal more flat area. This is very pronounced at the end of the second mission when scaling the building, but there are other areas it shows up as well.

All in all, going back to Double Dragon for the NES was an entertaining bit of nostalgia. It is not quite as fluid as the arcade version nor as visually impressive, but it is still a good deal of fun if you get a chance to pick it up and play.