The Firefly Diary is an interesting experiment that suffers an interesting paradox. What should be its strengths often turn out to be the game’s greatest weaknesses. Visually htoL#niQ: The Firefly Diary does a beautiful job of creating a world of light and shadow around our quiet protagonist Mion, but that atmosphere is squandered by some questionable game mechanics that might wear players’ patience thin before the game’s conclusion. 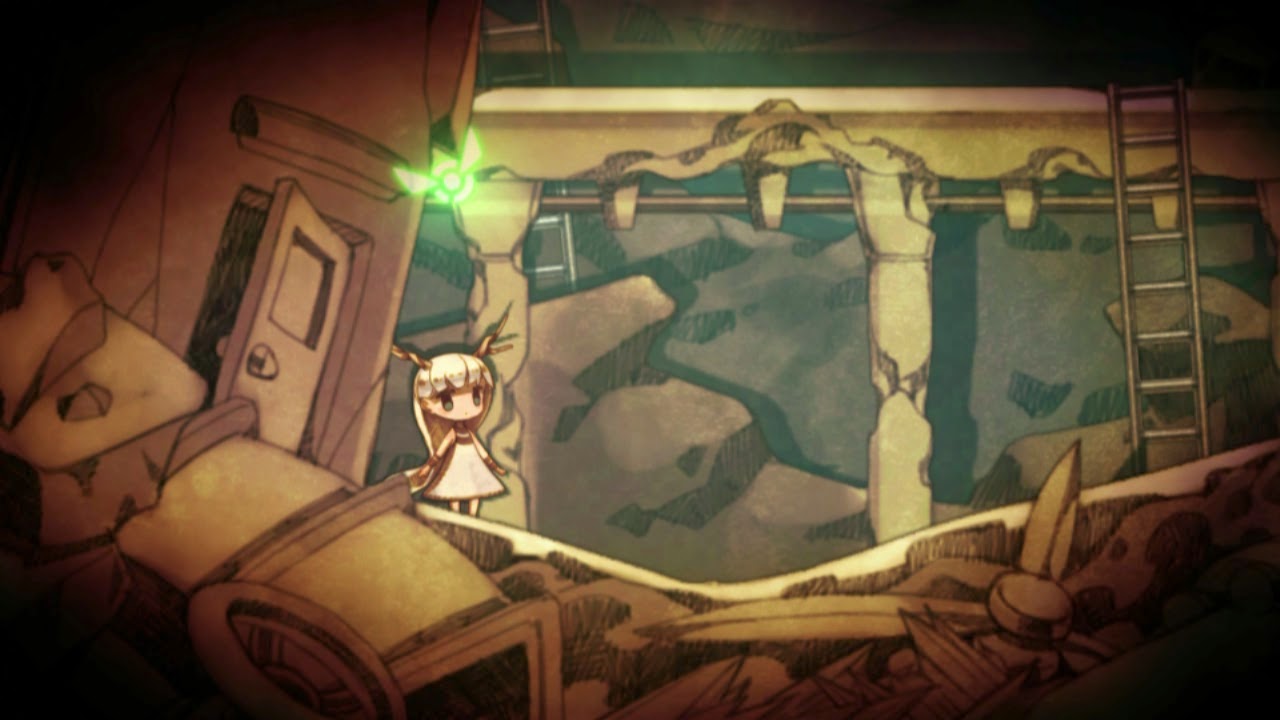 Nippon Ichi Software is known for some very stylized titles, and The Firefly Diary is no exception. With more color than Limbo, it is hard not to draw some comparisons to the two games at a glance. The visuals are lovely, charming even. The fireflies glow beautifully as they interweave between light and shadow, Mion slowly trailing along behind one firefly while the other manipulates the environment. There is a sort of minimalist storytelling here that is also reminiscent to Limbo. Clearly something creepy is at play here with Mion, and it takes time and investment from the player too piece the disparate parts of the story together. It makes for a satisfying conclusion, but I fear too few players will find there way to it.

The biggest challenge facing the players is not the level design or the enemies within. Do not get me wrong – those are substantial obstacles in and of themselves. The Firefly Diary encourages lots of trial and error (emphasis on the error half of that equation). The end result is a game that is part puzzler, part platformer and almost all frustration. That being said, the challenge of The Firefly Diary is only exasperated by the clunky touchscreen controls. 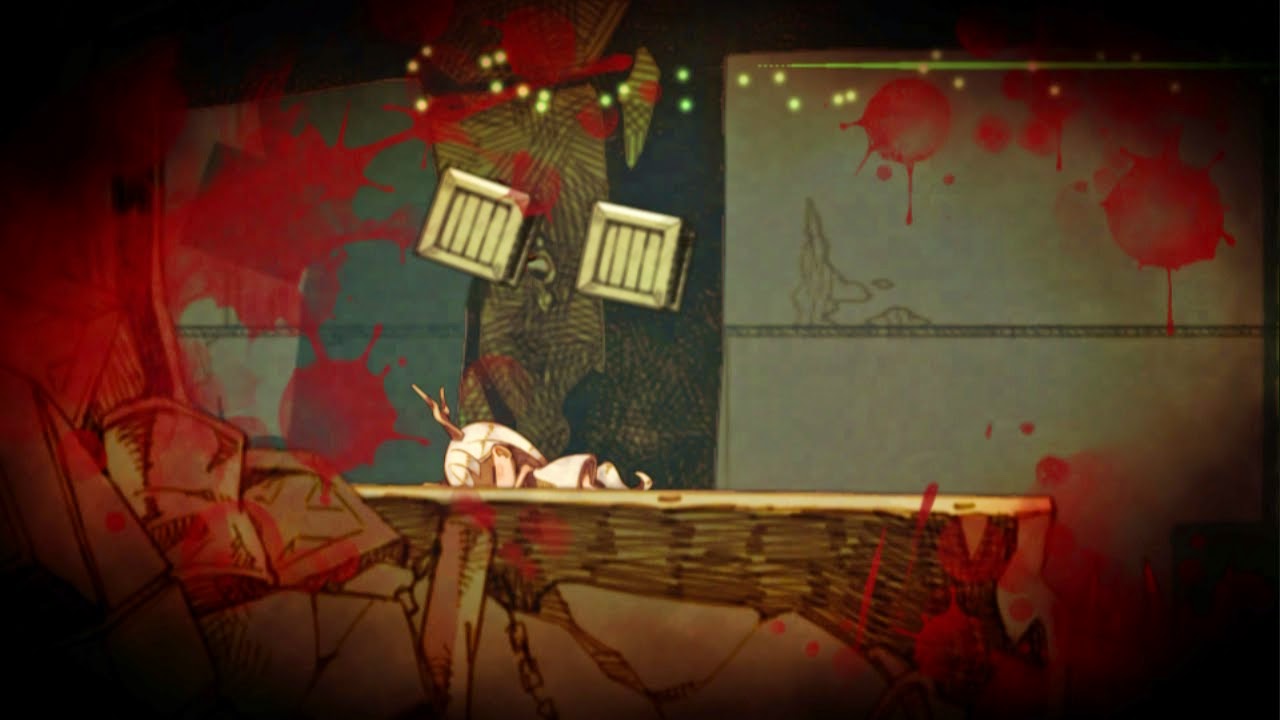 The controls make sense in theory, and it is a shame to have to turn them off in the options menu – but you are going to want to. The idea behind them is excellent in how the front touchscreen moves one firefly around the screen. This causes Mion to trail behind it, like a moth drawn too flame. This is how one goes about moving the protagonist around the screen, and early on it is almost enchanting. Before too much longer, a second firefly is added to the mix, this one darting around in the background while moving from one shadow to the next. Whereas the first firefly keys movement, this second one manipulates the environment and enables the puzzle portion of the game.

Because Mion is following the foreground firefly, she has a bit of lag to her movements. This in and of itself makes for some challenging platforming moments. This girl is not terribly spry, with a somewhat sluggish pace even when moving at top speed. The primary issue however, is that the touchscreen commands just do not work all that well. They feel sloppy and imprecise, and with The Firefly Diary so very willing and able to kill Mion off at a moment’s notice, the somewhat iffy interface quickly trades immersive in for frustrating.

Now perhaps I am slightly biased on this front. I really am not the biggest fan of touchscreen games. There is this whole issue where your finger obstructs the view of the screen that takes away from the visuals and makes it more challenging to succeed because you literally are blocking out part of your own screen. I have big hands and perhaps this impacts how I see the screen, but touch-to-move has never been my favorite mechanic and The Firefly Diary does little to convince me otherwise. 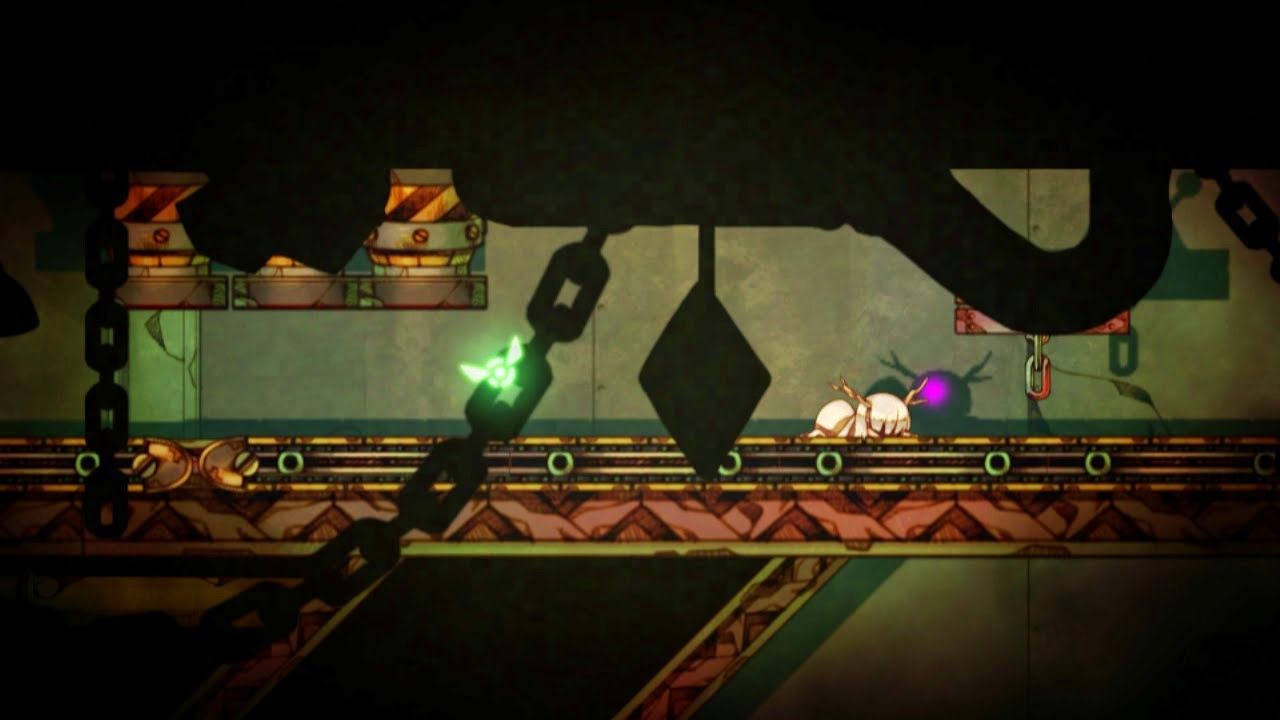 Things do get better when using the controller scheme. Cheap death still abounds, but it feels a good deal more fair. The controls are still a little slow due to the following mechanic being employed (you still do not control Mion, but the fireflies with the control sticks, but that is fine by me), but the experience is far better than when using the touch screen. The puzzles are well-designed for the most part but I found it telling how much easier the game got when I switched my control scheme. Most zones were beatable no my first go. Still, the actual playtime felt off – as though it was padded by double just due to early deaths.

The Firefly Diary has some cool ideas, and it tries to make the most out of the Vita hardware. Still, the approach makes for an uneven difficulty early in the game due to imprecise controls that are far more frightening to contend with than any of the game’s creatures or puzzles. Once you get past that hurdle however, there is a solid story too htoL#NiQ: The Firefly Diary that I enjoyed. This coupled with an eerie soundtrack and lovely visuals helped see me through to the end. I just worry that the controls and difficulty might end too many journeys prematurely, which would be a shame. The Firefly Diary has plenty of charm, you just need to persevere a bit to appreciate it.