comments Share
You are reading
The Legend of Zelda: A Link Between Worlds – 3DS Review

Tags3DS Review, Nintendo, Nintendo 3DS, The Legend of Zelda: A Link Between Worlds

This game is a long time in coming. Having originally picked up A Link Between Worlds upon release and wanting to do nothing more than play the sequel to my favorite Legend of Zelda: A Link to the Past, life got in the way. Fast forward three months and I decided to pick it back up and restart from the beginning while heading out on a trip. The result was a bit of a sun burn and a hugely satisfying journey. 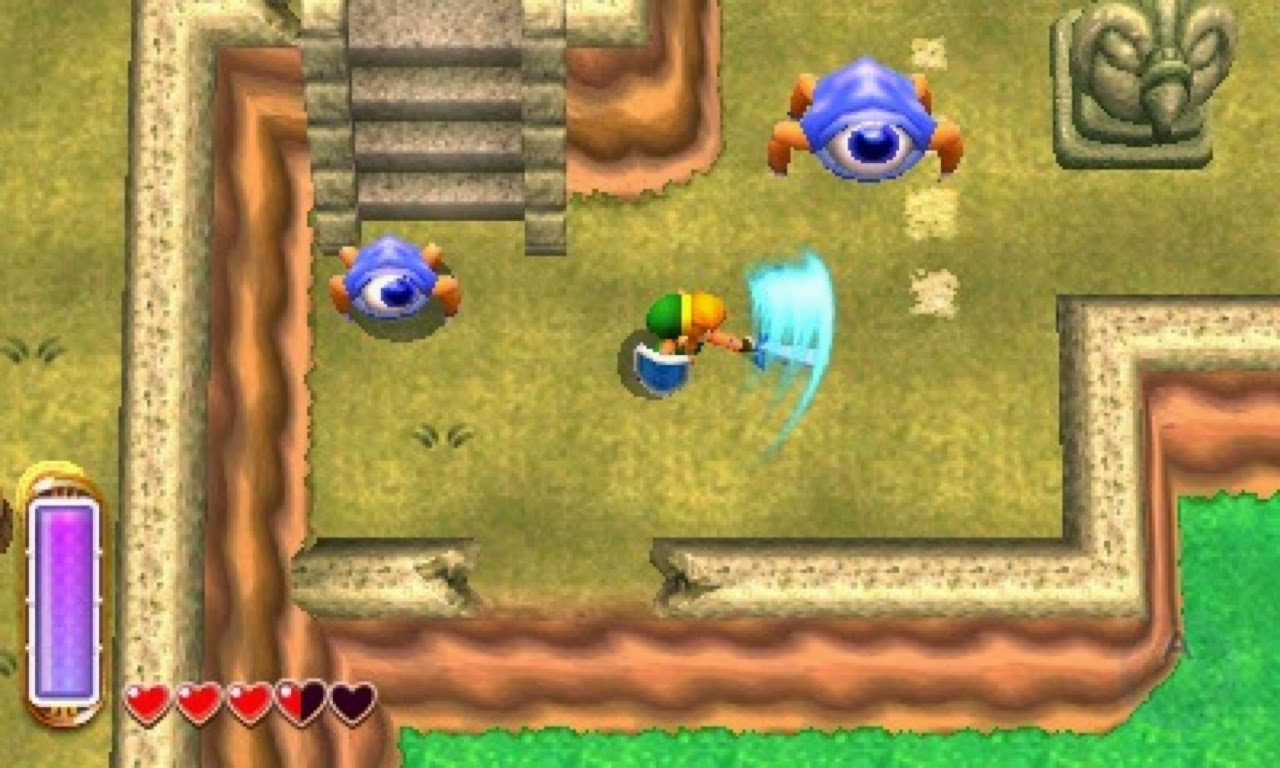 Once again taking up the role of Link in one of his many reincarnations, The player sets out to deliver the captain of the guard’s sword because Link overslept for work yet again and are in a heap of trouble. This is where A Link Between Worlds starts off story wise while doing something different in the way of a sequel in this series. Instead of a new location like Termina or different seas like Phantom Hourglass, players of A Link to the Past will find themselves at home, revisiting the same Hyrule once again as they head off on their delivery.

A Link Between worlds bring a new feature by attempting to create an “open-world” Legend of Zelda. Typically there is an order as to which dungeon has to be completed before moving on, but this time around the order that players wish to take is entirely up to them, as long as they have the tools available to open up the ways. This was fun because it meant that if I was getting my trousers handed to me in one dungeon, another could always be attempted. 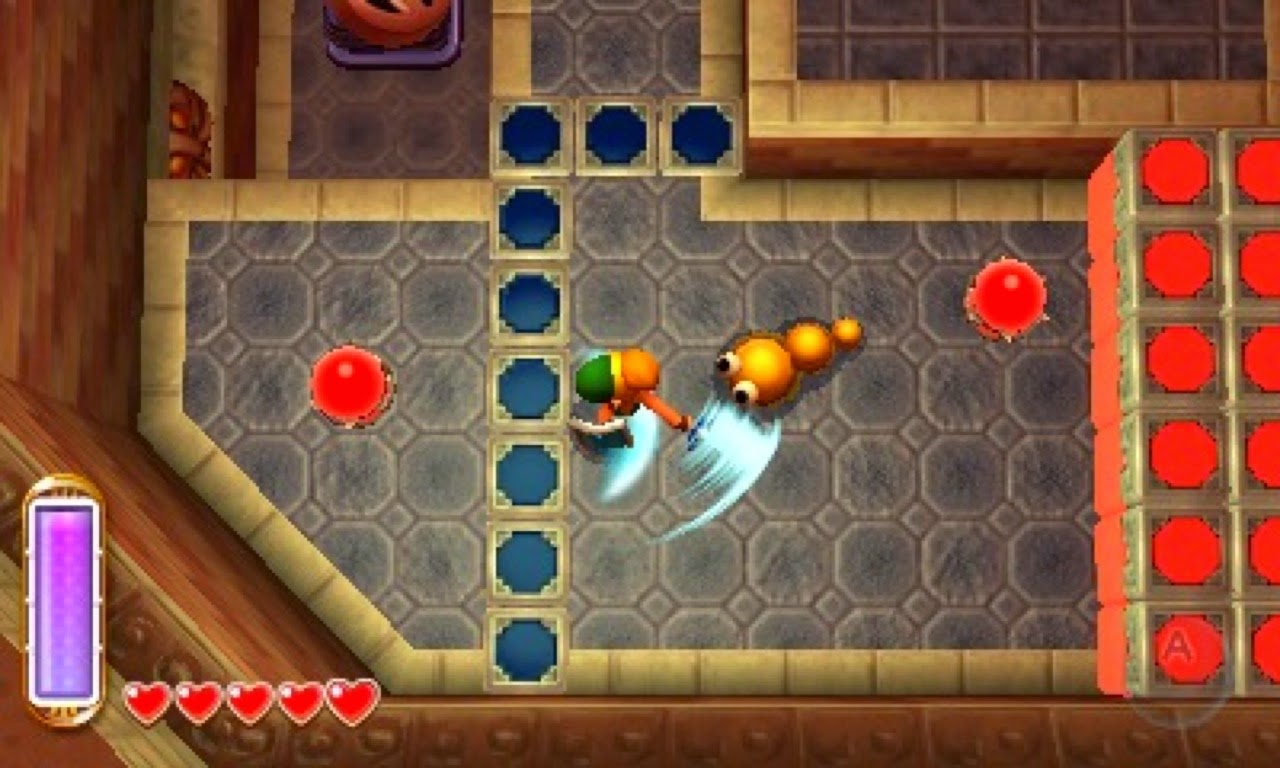 In the game’s spirit of doing something differently, Link does not find the required adventuring tools through the various large chests in the dungeons scatters throughout Hyrule. He instead finds them right at home with a man named Rovio who sets up shop to rent them to you (apparently even adventuring is becoming subscription based). I’ll be honest and say that I did not like this man setting up shop in my home and making me pay to rent equipment from him. Staying for free he should have been going out of his way to hand over the tools when they were required. The equipment is yours until the moment when the last segment of your hearts goes out. Once that final breath of life has been snuffed out and there are no more bottled fairies to bring you back to your feet, Rovio’s bird comes to reclaim what belongs to the shop.

After a certain point in the adventure, Rovio changes his tune slightly. Now, as well as the option to rent out a Bow, a Hookshot, or an Ice Wand, Link can outright buy them for what may see like a fairly steep price by that point in the adventure. Thankfully, within the various chests are lots and lots of money making it fairly accessibly by the end of the adventure to own all of the equipment available. 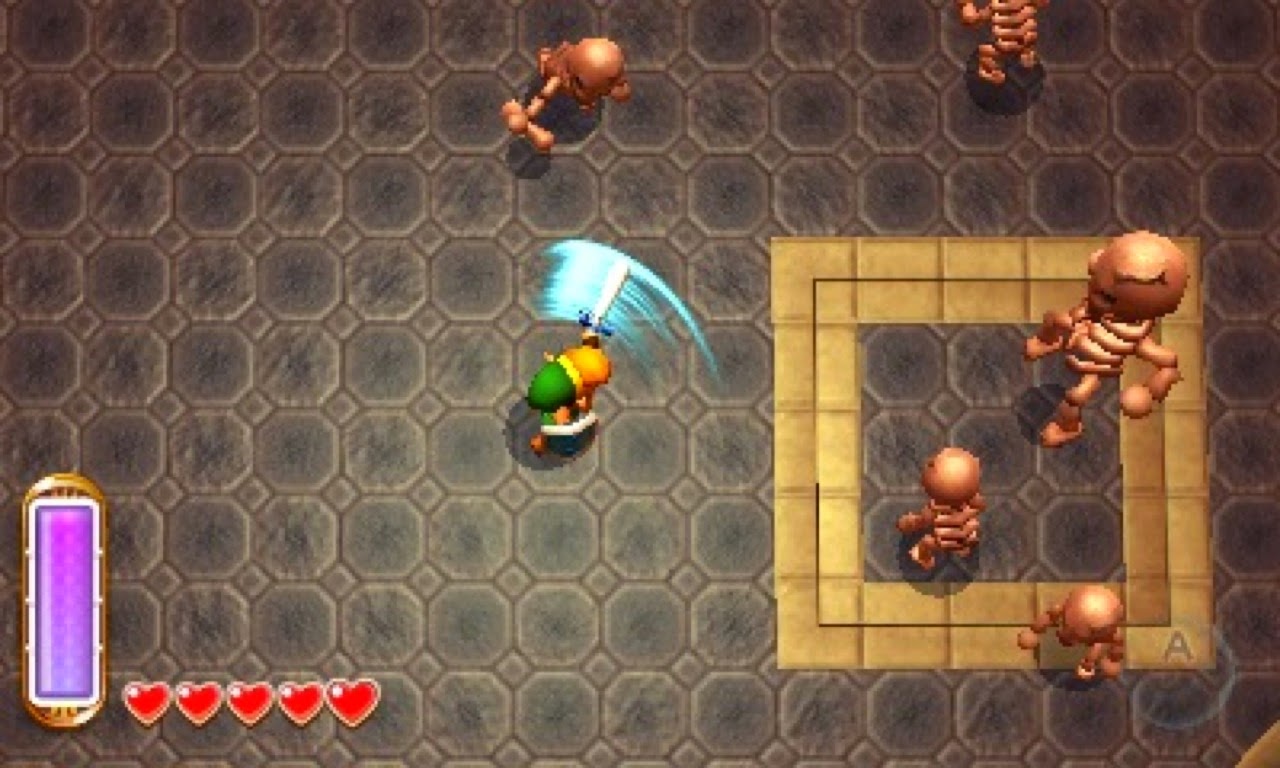 To boost the incentive on owning the equipment is Mother Momai, a large octopus like worried mother who was separated from her one-hundred children. By finding and returning to her ten of her children, like the fairy in the original A Link to the Past, she will grant an upgrade to any weapon currently possessed. Worry not, she will hold on to the upgrades for weapons you don’t yet own until you arrive with the rights to that weapon.

Exploration between the worlds of Hyrule and Lorule follow along the same principles. Look, lift, swim, jump, and blend yourself into the wall and run across it to fit through cracks in the walls or just over onto another platform. The ability to merge into the wall as a painting has multiple uses in which can be used at any time to either do the following, or even to dodge a bosses attack or an enemy’s projectile. Using this magically ability is key if you wish to reach the boss room of each dungeon that can be found between the two lands. 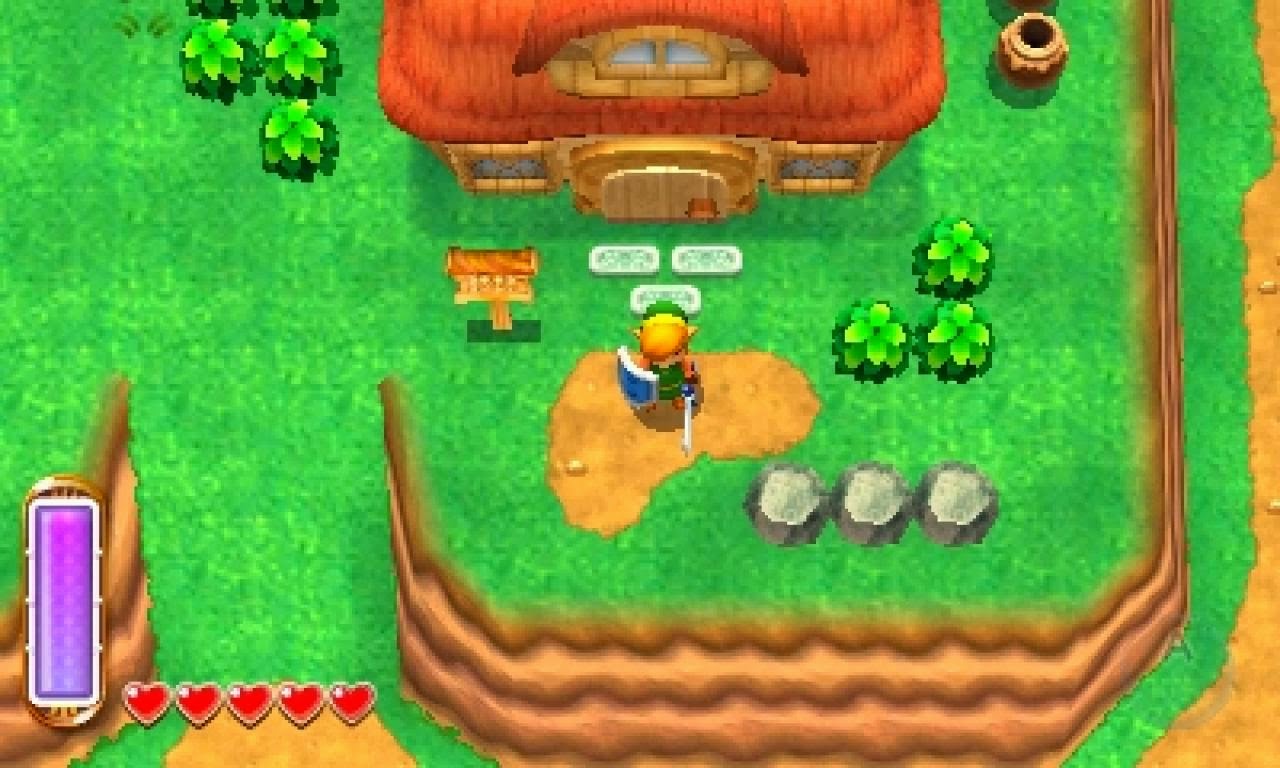 There is however one catch. Then again when is there not? This magically ability has a magic bar as is pretty standard by now. The catch? For the first time ever, each weapon and tool that Link has access to requires a portion of the magic meter to be used. Need to shoot an arrow? Need to remove a boulder from your way? Each of these actions depletes the magic meter instead of actually requiring to have a quiver or a bomb bag that needs to be upgraded later. Between merging into walls and using the tools, keeping an eye on that meter is going to be extremely important. Now it can see like a bit of a drawback that these items are no longer in stock but honestly with how fast the meter regenerates, I thought it worked out even better than having to worry about inventory numbers.

A Link Between Worlds is a solid Legend of Zelda entry on the Nintendo 3DS that was a joy to play all on its own before even considering that it was the sequel to one of my beloved classic Zelda entries. If this is a test as to what Nintendo can do with a Zelda in regards to thinking in an open world like scenario, then we should be in for an an interesting and awesome time once The Legend of Zelda Wii U is released later this year.