I’ve seen friends of mine play obscene hours of Monster Hunter in the past. My brother in particular who would transfer his Monster Hunter 3 Ultimate from his 3DS to his Wii U depending on if he was staying home or heading out. While I had watched on numerous occasions, it wasn’t until picking up Toukiden last year on the Vita that I fell in love with this particular style which leads to now and a new found love for Monster Hunter 4. 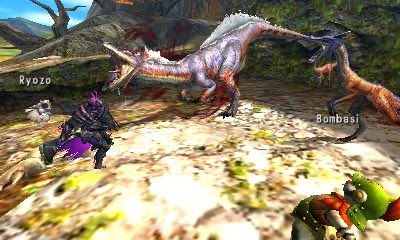 The premise of Monster Hunter is rather simple, pick up quests and then go do them. While that may sound plain and boring to some, it couldn’t be further from the truth as that is one of this style’s biggest charms. Being used to the longer styled RPG or SRPGs, the quick and the point fashion of the Monster Hunter style was rather refreshing. For those (like me until recently) that have never played before, once a quest has been selected players then head out into the multi-partitioned fields to complete their Primary and possibly Secondary objectives within a given time limit.

Keeping these mission compartmentalized never really stressed players with the idea that there is too much to do. What it does instead is remind you how much time you have to do your task in. This allows players to concentrate on the matters at hand such as collecting xth amount of materials or slaying an amount of beasts of a certain type. While the time limit doesn’t feel like much near the beginning, as things progressively get harder and the beasts truly become giant monsters, that clock is your worst enemy. 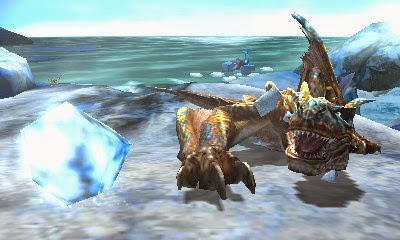 Staying in line with the streamlined approach to have players be quickly on their way to their next hunt, there is a single area that contains everything an adventurer needs before heading out into the wild. The Item shop, Weapon & Armour Shop, the Blacksmith, and last but not least the Cook, makes the time spent in town easy to do without getting bogged down before heading over to the quest counter to head back out into the field.

Out of the above, the cook was one of the more interesting features that players should never forget to use. Yes I’ve forgotten a few times not being used to eat meals before heading out into the field on a mission. By sitting down for a meal before heading out players can grant themselves various stat boosts depending upon the ingredients being chosen. Before getting decent defensive gear I was given the combination to not only boost myself but also boost the defense granted to me by my Palico (aka my badass cat that fought monsters along side me and gathers materials while he was at it!) 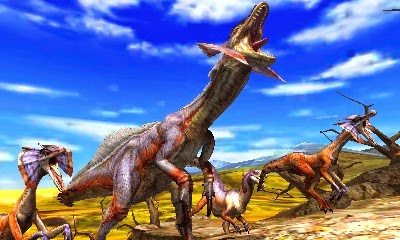 After playing for several hours and getting the hang of things as there was one thing that particularly stood out to me. While Monster Hunter 4 looks good, sadly not as good as the third did on the Wii U being more powerful than the 3DS, it wasn’t as much fun to play alone. Heading out into the field to either acquire new materials or slay large beasts was good, but not as entertaining as several people heading out into the field together. Having spent a decent amount of hours playing online either through a local wireless or online, it was here in multiplayer that everything shines.

Multiplayer which can be played either through your own wireless network or online makes things much more interesting. It’s not to say that it makes it easier because there are more of you, but instead that it “possibly” makes it easier when you strategize with the other players. It opens up numerous customization options both in regards to armor or weapon selections. 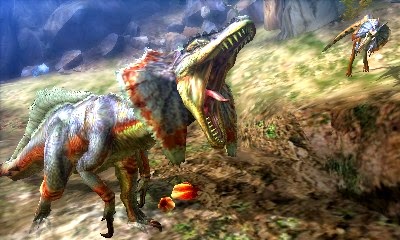 While players can buy weapons and armors from a vendor, they will never be offered the same level of services that the Blacksmith offers with his skills on an anvil. For the costs of materials and money he will craft new pieces or upgrade older ones to keep them relevant for all your monster chopping needs. Now while I was going to set off and grab multiple awesome pieces because of their defense values, I was immediately told that would be a bad idea. Instead of players equipping whatever looked good stat wise, completing an entire set will instead grant an additional bonus making it worth the time to complete them. While players can essentially do whatever they want to, going about completing the sets that you wish to have one at a time sounds like a better idea.

Overall for the first foray into this series I spent my time being rather impressed from the smooth controls to even heading out multiple times to acquire just that ONE last material to build the final piece of an armor set.

Posted by Pierre-Yves
Follow:
Manager and Senior Site Administrator—Currently a reviewer for Chalgyr's Game Room covering all platforms
Previous Article An update on the upcoming Torment game
Next Article There Came an Echo – PC Review