comments Share
You are reading
Pathfinder: Beginner Box – Tabletop and Board Games Review

I have been playing a lot of RPGs over the years, but somehow I never managed to get my hands on Pathfinder until very recently. Having the opportunity to look at, read through and use a trio of different Pathfinder resources, I decided it was time to talk about our group’s adventures a bit and my impressions of the gaming materials. 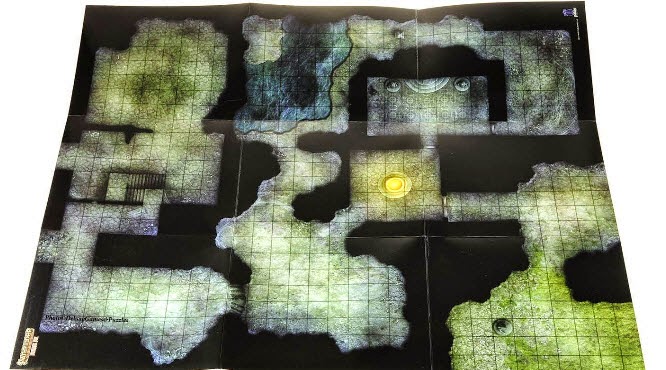 The natural place to start seemed the Pathfinder: Beginner Box. Immediately the set makes a good impression, as the materials feel as though they are made of higher quality than a good number of other starter kits I have played. It comes with a bit of everything in a large cardboard box. You have dice (including an extra ten sided to be used as a percentile die – something far too many games overlook), a map (that can be flipped for specific use in the campaign or more generically with other adventures). The pawns that come with the map are numerous as well, and really help to set the stage for a tactical experience.

The bulk of my time was spent on the 64 page beginner’s book. The layout is actually nice, and somewhat reminds me of how Shadows of Esteren tries to establish a tone early on and then flesh out the gameplay mechanics afterwards. Here you are walked through a simple quest that teaches the basics while still proving fun. After that brief campaign, the rest of the book rolls out the rest of the rules and feels like a proper introduction to the world. Here the training wheels come off and the player is shown the myriad of options available.


The Game Leader’s guide is a much beefier book, ringing in at one hundred pages. Like the beginner’s book, this one is well-constructed. The paper stock is not flimsy, everything is bound and glued in snug and the art is both colorful and fun. Visually Pathfinder did not tickle my fancy nearly the way Shadows of Esteren’s did, but the art is far from an eyesore either. Here is where I spent the bulk of my time understanding the machine that drives t he content forward. Once again you have a very basic campaign to help kick the proverbial tires and see how everything works.
I have to give Pathfinder credit for being a very approachable game. Only one person in our group had ever played it before, and it had been a while. Still, we were able to roll up and get people playing very quickly – roughly fifteen minutes was all. Of course, this is a slightly watered down version of the experience with a lot more nuance available if you want to delve deeper into what Pathfinder has to offer.

It is nice to see that Pathfinder does what it can to support its community outside of the box as well. I had read quite a few comments online about how there were four different campaigns available for download that were also free. Plenty of resources can be found on the website, but I found some of the more interesting ones here. 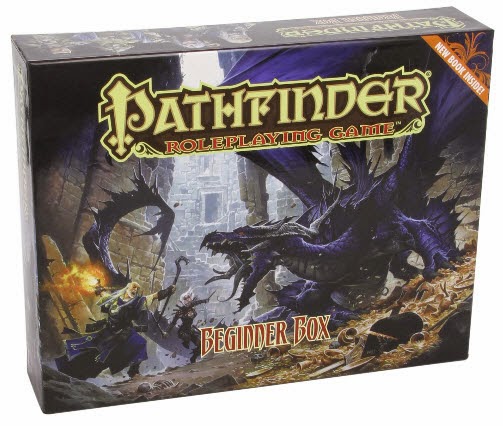 There are a variety of different kinds of tabletop RPG titles out there, and each one fills a different kind of need. Whereas Shadows of Esteren leans on low-fantasy and a more role-play and narrative heavy emphasis, Pathfinder should appeal to gamers looking for action and adventure. There is a lot more rolling of the dice here with a greater focus on mechanics and combat, but because the system is so easy to understand it should make newcomers feel welcome. However, it is clear that there is plenty of depth to be had here as well.

The Pathfinder: Beginner Box simply exudes high quality and polish, making it an ideal entry point for gamers looking for a new kind of tabletop experience – or just starting off on their adventures for the first time. The downside would be the shallow content available to play through. It will help kill some time, but it leaves you wanting for more. It only takes a few hours to go through just about everything that is here, perhaps leaving players feeling like they got more of a taste than a full adventure.