Asteroids: Outpost certainly has some interesting ideas and it feels as though the development team has their heart in the right place. Unfortunately at this stage of the game, there is a considerable lack of material and plenty of rough edges to work around. Games on Early Access can be a great idea, and it looks like the development team is actively watching for feedback. At the same time, this feels like a title that has hit Early Access a bit too soon for its own good. 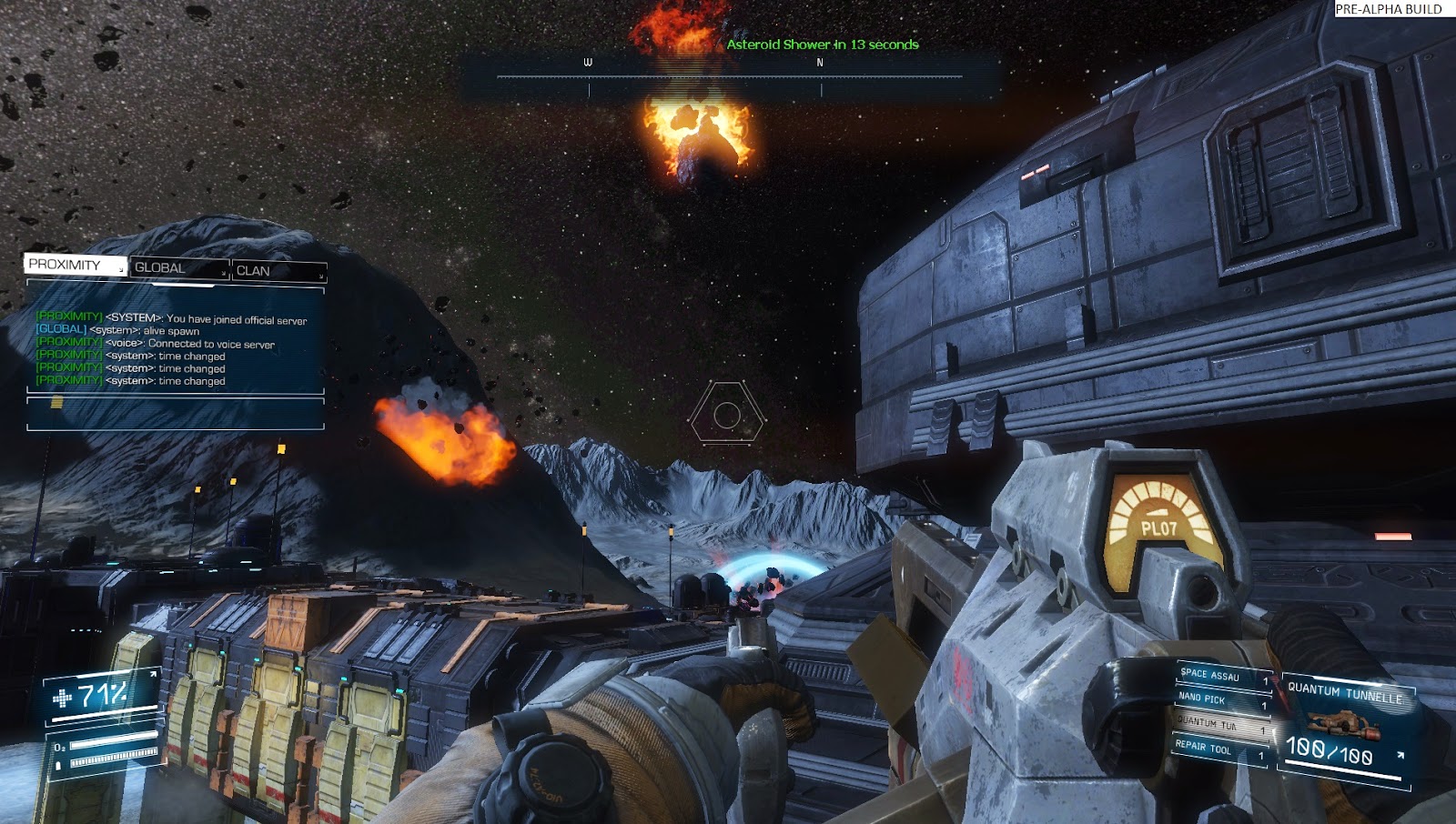 It can be a very difficult balance. The sooner you get player input, the more effectively you can course correct and make quality adjustments. This is the argument for having a game on Early Access as soon as possible. The downside is, it could deter players from giving the game a go, especially if there is a bit of a price tag behind the game, because they may get discouraged with what they are shown.

Asteroids: Outpost is Asteroids in name only, really. You kick of trying to establish a headquarters and then are put into an open sandbox world where you have to try and survive with little more than a gun and wits. It is not so bare bones as that, but it often feels that way.

To start, Asteroids: Outpost did not play particularly nicely with my PC. Once I signed up on their servers, I found that the game was really unstable, with frequent disconnects from the servers and crashes. I lowered my graphics settings and things ran a bit more smoothly (not an issue of underpowered machine, I can run pretty much anything on the market with max settings and visually Asteroids: Outpost is not that heavy of a hitter, so it feels like code flaws at this point). 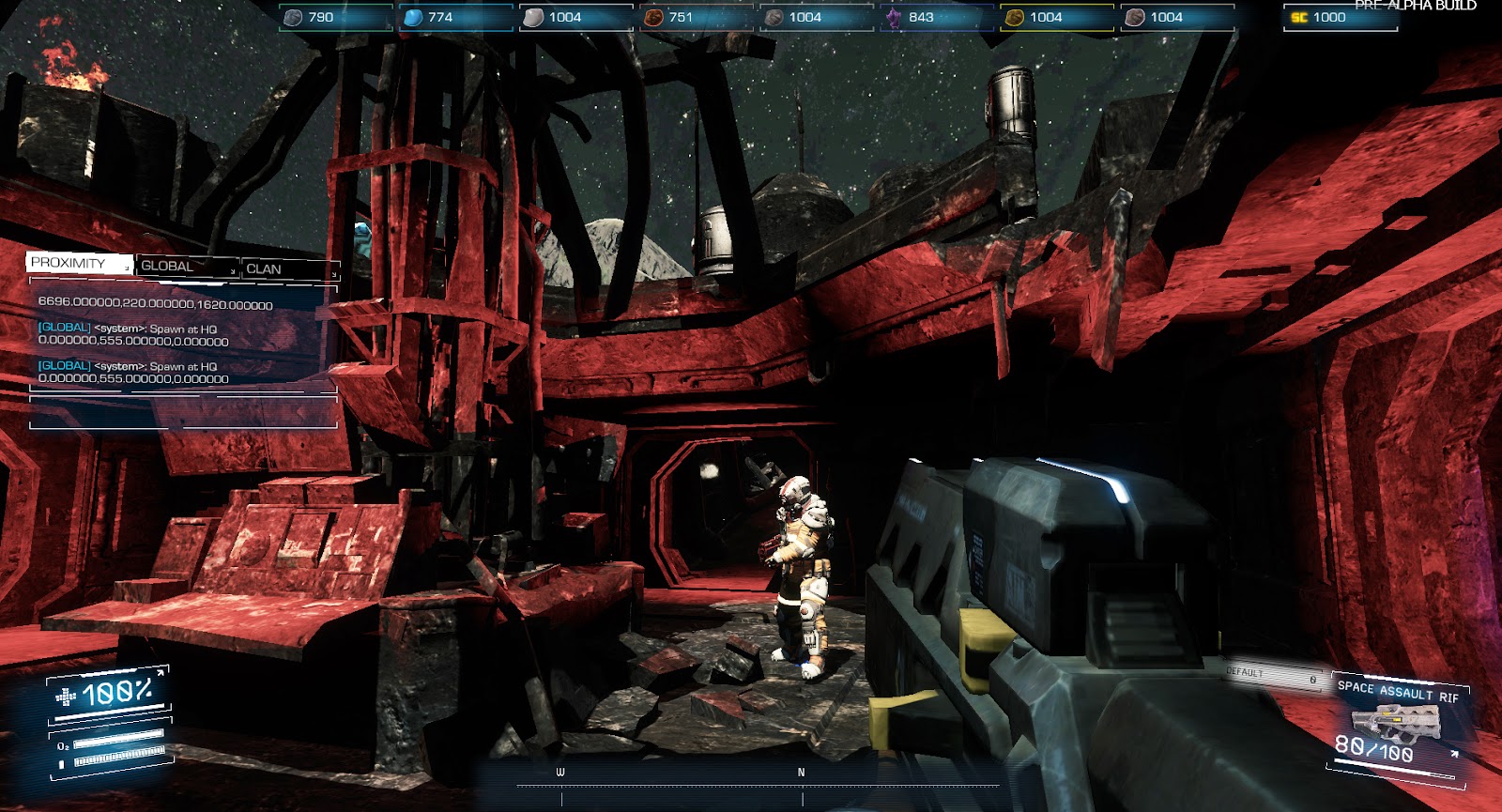 Then I was dropped onto a brown map’s lower left corner and at first I thought things were broken, but then realized I could scroll the map up and to the right. It all feels very vacant right now, so some options for offline play that supports bots would help at this stage when there is a lack of players to help fill in the content. That being said, the idea of calling down a bunch of asteroids from the sky to grief another player and then also do some mining afterwards so you have the supplies to create more structures actually holds a good deal of appeal.

In an hour or two, you can pretty much do everything that there is to do right now. Since there is a lack of tutorials and tips at the beginning (there are some, just not terribly many), you are left to your own devices early on. That is not a bad thing necessarily, as everything was pretty intuitive and before long I was able to see and do everything that the game had to offer.

Right now those who pick up Asteroids: Outpost are doing so more on potential than realized gameplay. At this point, it is hard to recommend to anyone but those players who want to have a voice in how the game is developed. To that end, it feels like Salty Games is listening to feedback and perhaps what they do take to heart can help shape Asteroids: Outpost into something unique and satisfying. If you are more interested in just playing a game right now however, I would have to recommend that you pass given the incredibly early state of this Early Access title. You will find precious little to do beyond the first hour or so and some of the glitches make it clear that the title is not yet ready for prime time. 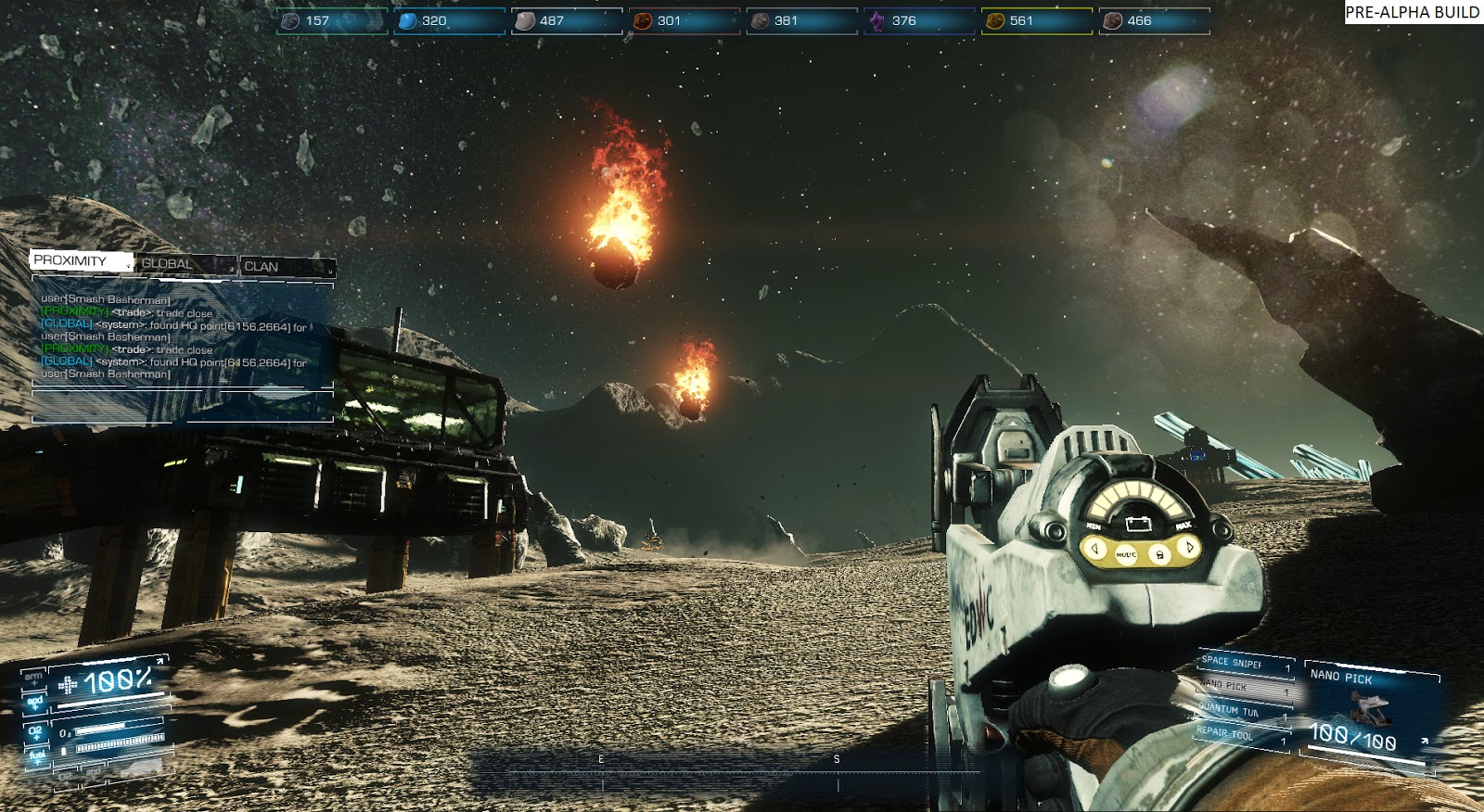 By Nick
Follow:
Owner, Founder, Editor in Chief—Currently a reviewer for Chalgyr's Game Room covering all platforms
Previous Article Satellite Reign – PC Preview
Next Article Gameplay trailer for The Witcher 3 is out now