The city of Baldur’s Gate is in peril again and you decide to defend it. You become member of the Harpers, a secret organization that protects the Realms, and face the Zentarim, a wealthy, ambitious group with supernatural allies. Your final opponent is a vampire, who schemes patiently in his keep. The story is unoriginal and unexciting and lacks a decent ending but the rest of the game is great. 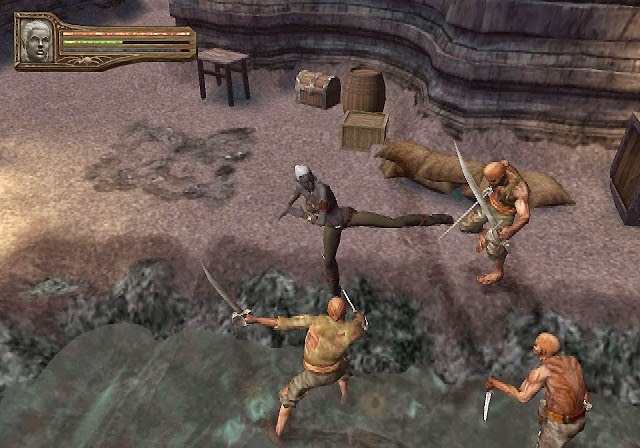 First, you pick a character from a selection of five. The necromancer has replaced the sorceress of the first game and the barbarian reminds of the fighter. There are also a monk, a cleric and a rogue.

The gameplay involves accepting quests, exploring dungeons, exterminating monsters, gathering loot and upgrading your character. Standard role playing stuff. The same goes for the tactics you should follow to survive: wear heavy armor, choose (or build using a smart crafting system) a better weapon whenever possible, carry many health and magic energy potions. Also, make sure you can hit enemies from a distance (with a bow or spell) and be able to deal with groups (for example, the dwarven rogue’s smokepowder satchel is placed on the ground and catches multiple enemies in the explosion). Blocking is another option you have in combat but your opponents do it too.

Skills prevent you from getting killed or bored, by increasing your prowess and options in battle. For example, the rogue can sneak past enemies undetected, shoot flame bolts or throw small fire bombs. Some skills are available to more than one character, such as dodge, which increases armor, and long weapon focus, to perform combos with staves, spears or halberds. 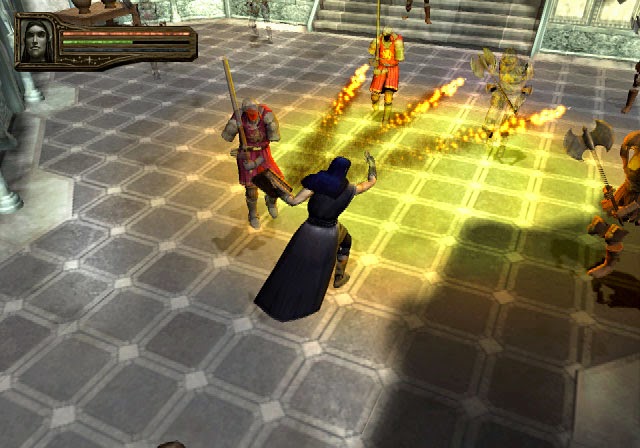 The graphics engine, art style and level design have not been altered since DA 1. So, the scenery, colors, animation and visual effects are still good but not impressive anymore. Something that bothered me is the limited size of Baldur’s Gate. What stands out is places like the flooded sea temple, with its alien look, and details such as puddles and rays of light in caves. There is a big variety of monsters, from pesky goblins to giants, armored knights and molten-rock elementals. I also appreciate dungeons having secret doors that lead to more treasure chests and environmental hazards, like winds that push you to chasms.

The music is fantastic· I was amazed by its epic feel when I faced a red dragon. Monsters growl appropriately and the rest of the sound effects are realistic.
The control and interface are the same with the previous game. As a result, it is easy to learn how to play quickly. Remember to read the tips during load screens and take advantage of the new shift-spell menu, which allows you to ‘equip’ up to five feats simultaneously. Lastly, check the world map occasionally because some areas can be revisited. 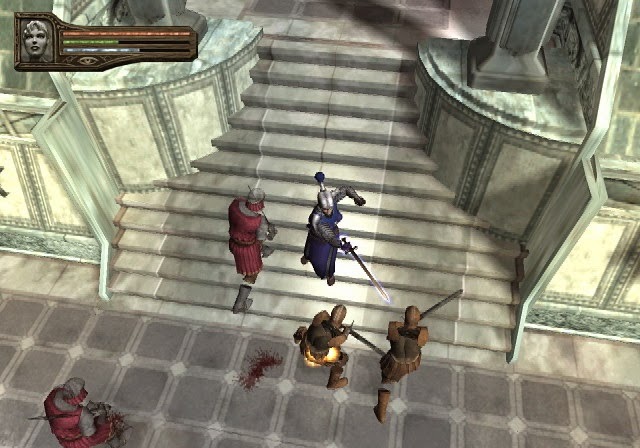 The difficulty is low except for the boss fights, which require some effort. When I finished the game with the dark elf monk I had to pick her ‘hail of daggers’ skill just to beat the final villain. Several enemies deal heavy damage and others are resistant to certain attacks or have many hit points. However, being able to save repeatedly at specific points and carry dozens of potions mean you will rarely die. The replay value is high because each character plays differently, the action is fast and fluid and the places you trek through keep changing.

Baldur’s Gate: Dark Alliance 2 is more an expansion to the first game than a proper sequel. Nonetheless, it has lots of atmosphere, quality and addictiveness. I have enjoyed it thoroughly.

By Chalgyr's Game Room
Follow:
The main account for Chalgyr's Game Room. Contains articles by the administrators for site updates, team articles such as our Games of the Year awards and articles by previous contributors.
Previous Article Oriental Empires looks like our kind of game
Next Article Dungeons & Dragons – Elemental Evil: Princes of the Apocalypse – Tabletop and Board Games Review