comments Share
You are reading
My Style Studio: Notebook – Wii U Review

My Style Studio: Notebook is not a game in the traditional sense. There are no bosses, no levels or really any kind of structure to it at all. It is more of an application, but it is the type of program that feels like a perfect fit for the Wii U. 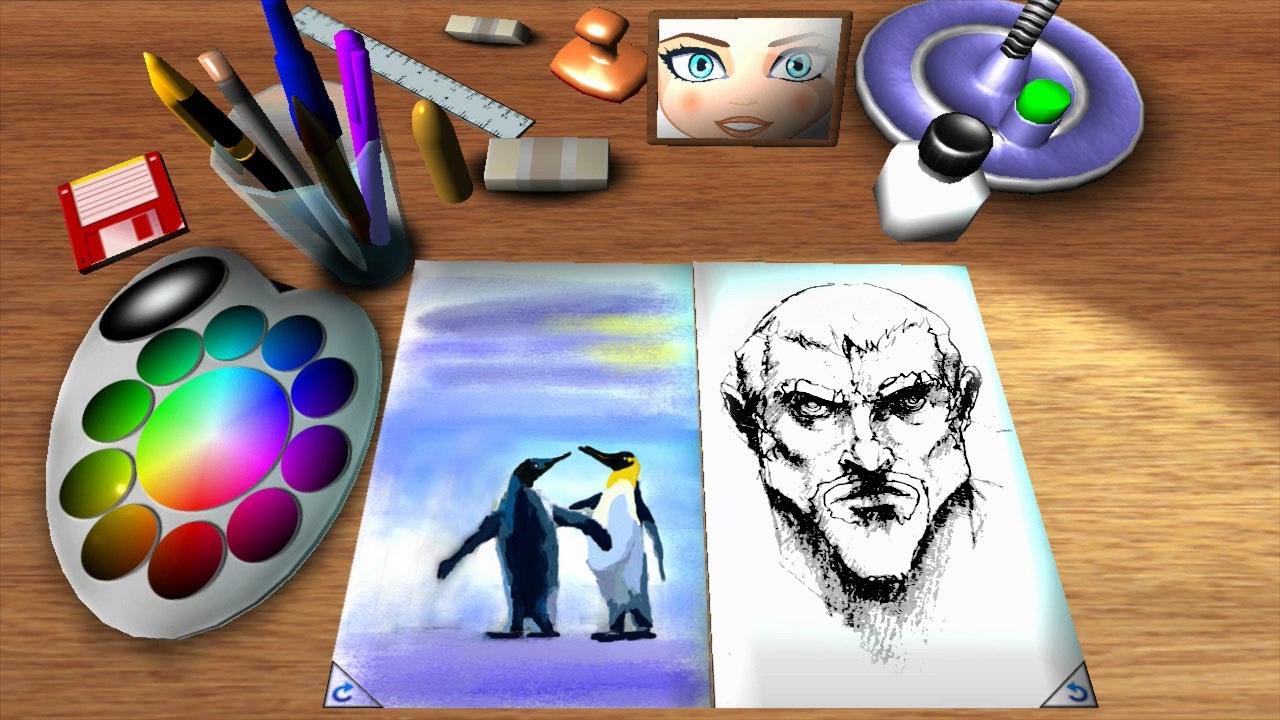 This is all about free form creativity – the ability to make something and if you are adventurous enough to do so, share it out into the wide world of Miiverse. The tools at your disposal are actually fairly impressive, with a variety of stamps, erasers, crayons, pens and more at your disposal, the Wii U’s tablet controller feels like a good fit for an application of this sort.

Add to it the ability to do more than just make pictures, but to turn them into animations or to pull in pictures taken with the tablet camera, and the My Style Studio: Notebook breaks down a few more barriers to become something more interesting than just a simple doodle app. All of these tools are set against a pleasant, catchy song (though it can become repetitive) and a colorful, easy-to-use interface. The background is set against a desk that might look right at home in any kid’s bedroom.

A lack of directions can make the barrier to entry just a bit steeper than I would like, but with a program that is about experimenting with different drawing tools, a little trial and error is not the worst thing in the world either. The ability to share things with others is a nice touch, though with a program targeted at younger kids, parents might want to make sure that they are only swapping with people they actually know. I can envision a scenario where what is written or drawn could go south in a hurry in an unsupervised environment, unfortunately.

At only a few bucks, My Style Studio: Notebook is an inexpensive way to kill some time. It lacks the exacting tools found in actual PC image editing software, with the stylus acting as your primary input to the software. This works well enough and should appeal to younger gamers looking to be creative but perhaps lacking all of the necessary arts and crafts at their real life fingertips or access to a PC with Microsoft Paint on it. A good way to kill some time for those interested in this kind of software.