Son of Nor is an interesting Indie that originated from Kickstarter and recently found itself in full release after being in Early Access on Steam for some time. Players will find themselves part of a Human Tribe that has been secluded for more than four centuries. After having lived alone and in peace for so long, the tribe members now find themselves once again thrust into conflict by a race that would subjugate or eliminate them. Armed with magical abilities to manipulate anything related to the element of Earth, the player sets out on their adventure. 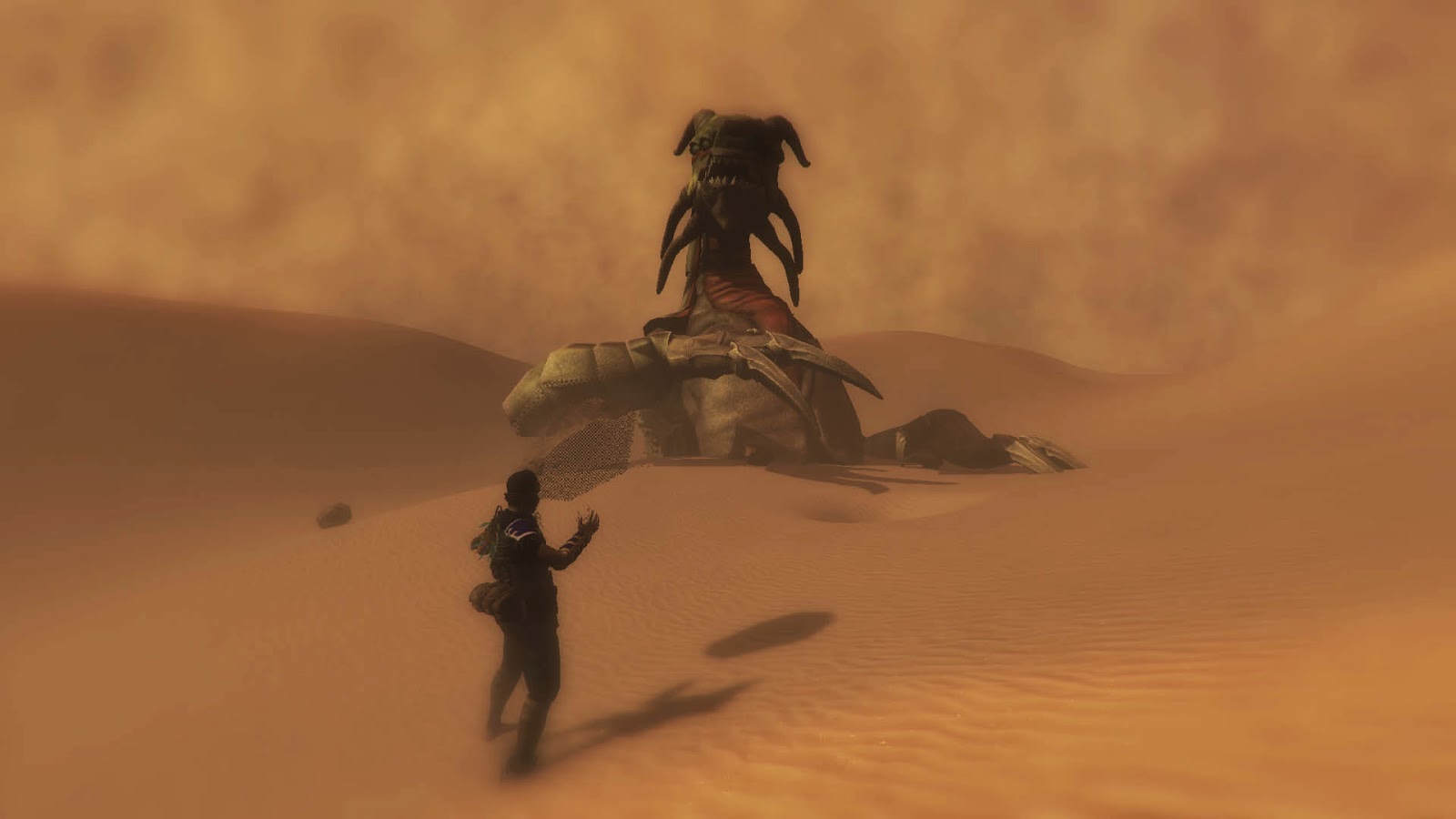 I’m not quite sure what imbued the feeling, but Son of Nor somewhat feels like a nostalgic trip of Dark Forces 2: Jedi Knight taking Avatar the Last Airbender out on a date. There is nothing wrong with this mesh just that it brings across this feeling of familiarity while being something new.

I should mention though,before anyone gets excited that there are no lightsabers, which makes sense, but there are also no melee weapons or martial arts which I did find a bit disappointing with the amount of combat that is involved. With the magical abilities to manipulate earth and other elements later, there was no option to simply throw a punch or swing a weapon into your enemies. Instead you had to completely rely on your magics.

I use the word magic instead of telekinesis as Air and Fire abilities fall more into that category. While they are extremely powerful and versatile such as being able to launch flaming tornadoes, it could feel slightly disconnected at time as there is essentially unlimited usage of the basic elements making those with melee weapons rather pointless as you can simply take them out from afar with rocks and boulders lying around at will. 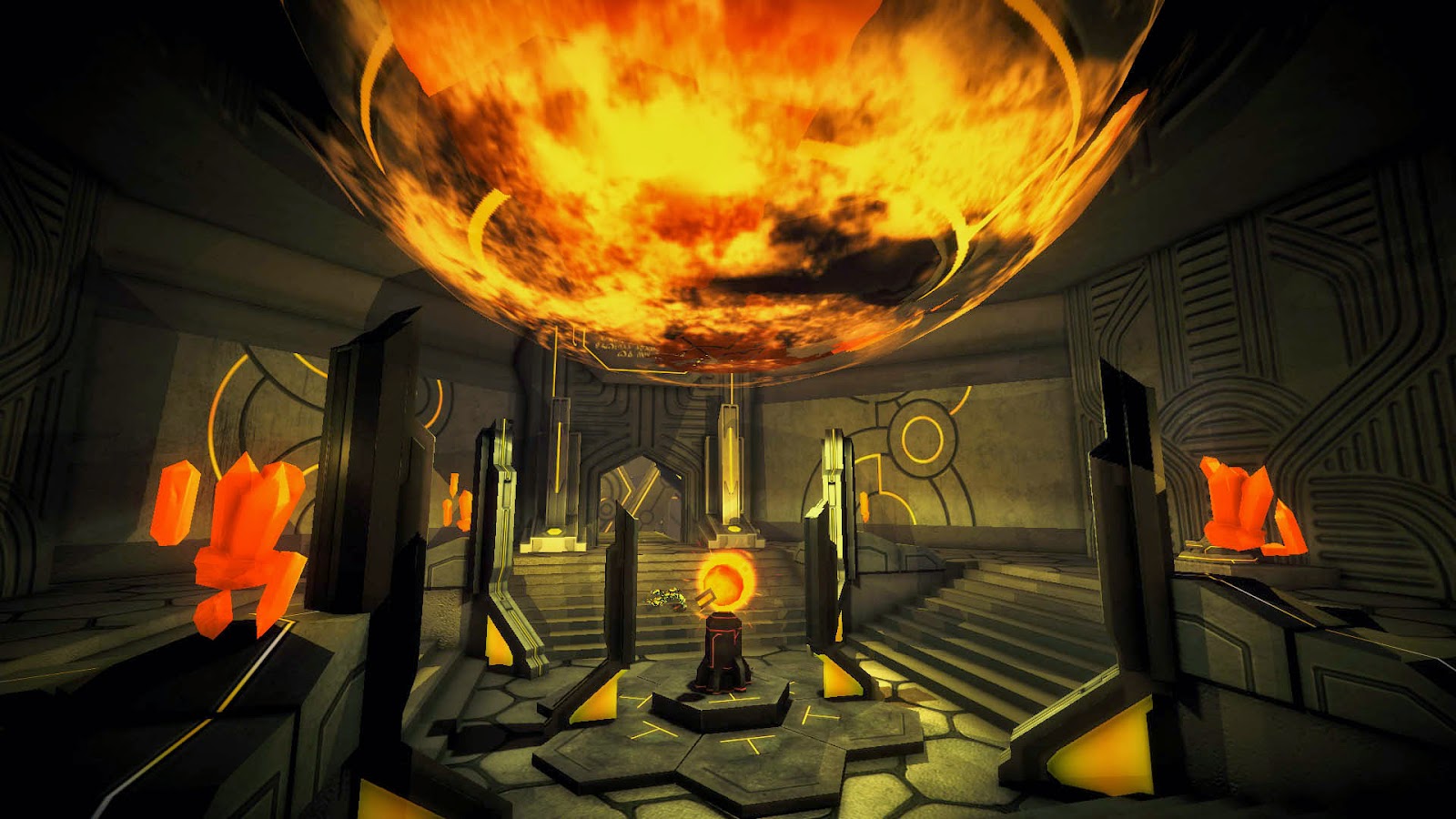 While a good portion of the gameplay is based in exploration and puzzle solving, there is still a fair amount of combat involved. With the level of enemies involved however, combat felt tacked on with how it ends up working out in regards to your elemental powers. While the variety of magical abilities allow for multiple ways to approach situations, just about every enemy could be taken out by launching several large rocks at them. Enhance a rock with wind for extra velocity or with fire to game fireballs and it barely felt like trying. More often than not the enemies were just a distraction from attempting to complete what you were up to. Thankfully the puzzles and exploration are more than able to occupy your mind.

On the whole however, the gameplay is smooth and adds multiple layers of puzzles that amp up the thinking as you progress through the levels. Having access to the earth at all times and anything connected to it should be kept in mind. Forgetting about this can send you running around for quite some time until you remember this little fact. Moving sand up and down to make passageways or ramps can not only facilitate your exploration but also shows how much thought went into being able to play with the elements. Opening a gate is quite easy as it just requires being targeted and then lifted up which is where the telekinesis comes in. That is if you remember that everything is connected of course. I won’t say how long it took me to remember that as I quite literally tried everything else to move on before remembering. 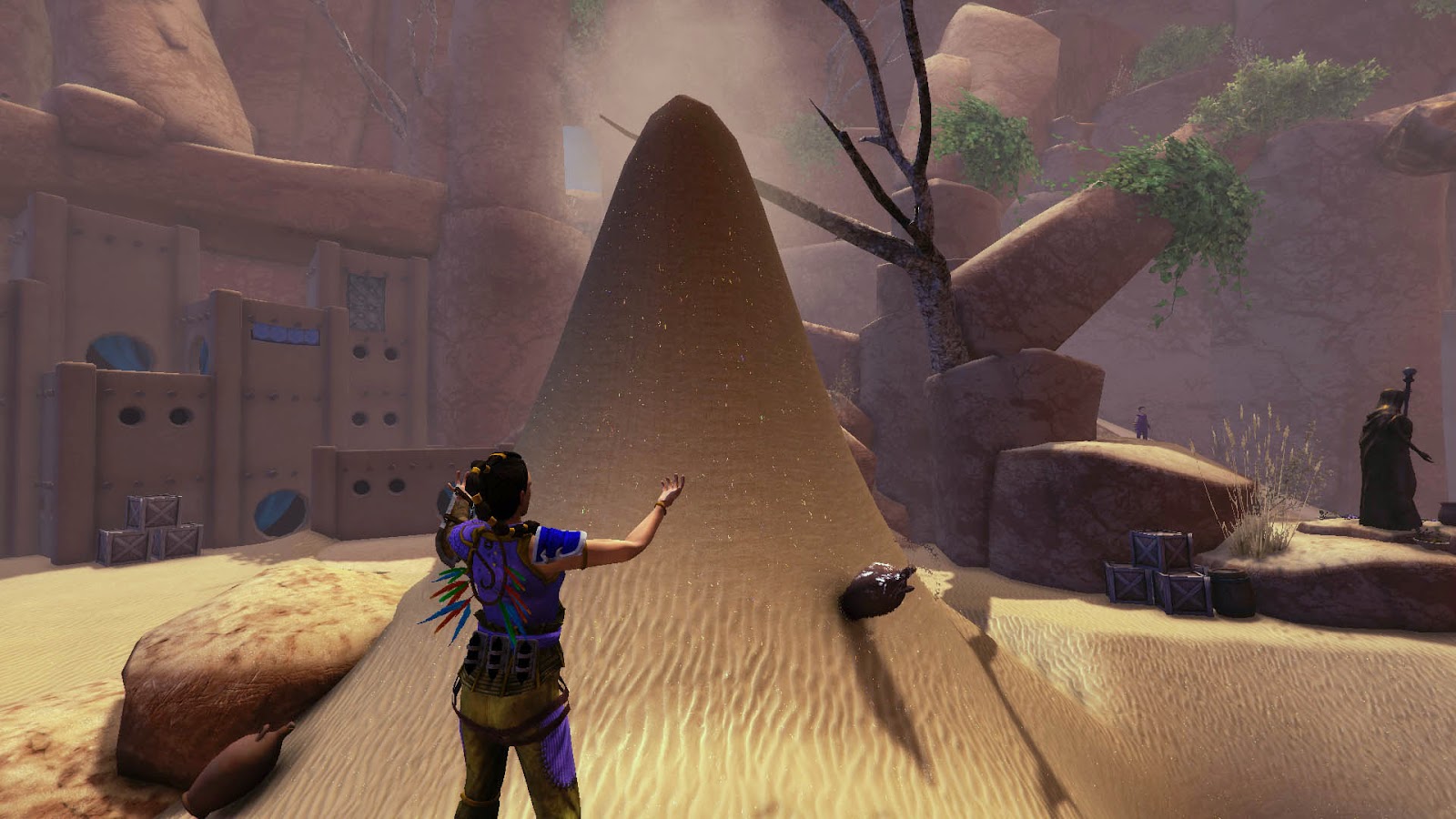 Once gaining access to the other elements, the real thinking starts. Unlike the basic telekinetic abilities, these more magical abilities require being harvested from points that generate them such as vents, sand tornadoes, campfires or lava. Being limited with the more advanced abilities requires some experimentation to say the least especially with how they can work together in order to allow you to move further towards your goals. Using these elements with the basic abilities are not only useful for eliminating enemies, but also used in certain cases such as when a gust of wind isn’t enough to open a door, a large rock imbued with the wind for some extra power will crack it wide open.

Son of Nor is a decent experience with awesome puzzles and gameplay elements. Sadly the combat marred the experience which could have been much more than it was, but regardless of that fact it is still a solid puzzling and exploration experience.