Ninja Division has published some excellent card and board games; from the wonderful wargaming title Relic Knights to DeadFellas, a hilarious card game based on “whacking mooks” that just happen to be zombies. We have had a chance to play another Ninja Division card game, this one called Takoashi University: Karate Fight! that pits players against one another in a blend of classic card games like Spoons and War (and even throwing in some good ol’ fashioned Rocks, Paper, Scissors!). With other card and board games being wildly entertaining, does Takoashi University fit in with their other successful titles? 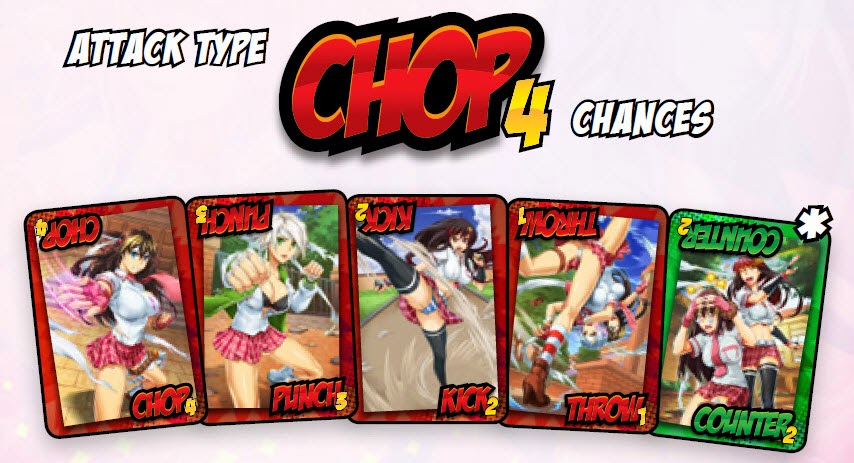 There are card games, then there are “card games” and Takoashi University: Karate Fight! falls into the later category. Everything about Karate Fight! is loud, boisterous, and incredibly fast paced. Where games like DeadFellas tend to be a bit slower-paced, Karate Fight! is all about speed; the faster you can smash the table calling “Hit” in order to collect the deck the better your chances of winning (the player with the full deck wins).

Karate Fight! is not just about slamming down and screaming “Hit” at the top of your lungs though, as doing so at the incorrect time will cost you cards, penalties if you will. Each card has a particular job, whether it is a dodge, attack, counter or special skill, and there are combinations of the card that will lead up to a player being able to call a hit. For instance, if two dodges are played back to back one could call a hit and win the round. 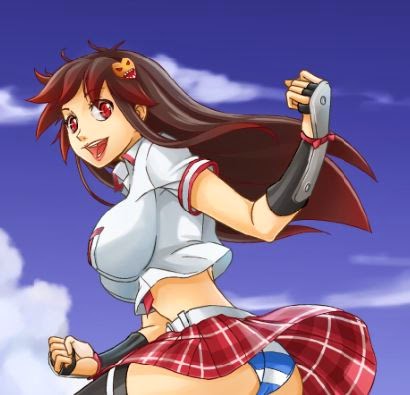 However, if a dodge and a jump were played and someone (generally me) incorrectly calls hit, they need to discard the top of their cards into the pile and then the hand continues. There are numerous combinations and cards to look out for though which stops the game from devolving into raging beasts pounding the table whenever a card is thrown down, which is good because man, these games can get loud. Really loud.

On top of the attack and dodge cards that are played (sort of like the card game War), there are skills, like Strike that when played and appropriately “Hit” immediately win the had for you. Others, like Counter turn the tables on the player, forcing the opponent to pull up the requisite number of attacks (governed by a number on the counterattack card), if an attack is not played within that number then the player that placed the counterattack card wins the hand. 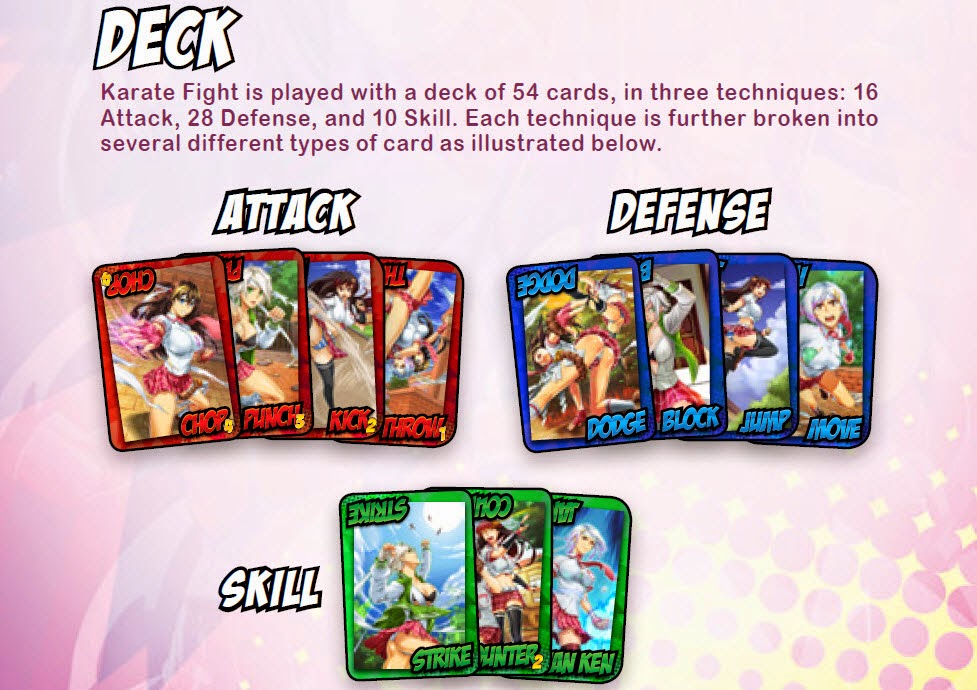 To add on the complexity (and hilarity) is the Jan Ken card; when this card is thrown all players stop placing cards and call out “Jan Ken Poi” as they play what is essentially Rock, Paper, Scissors. The winner of Jan Ken Poi wins the hand. Between a Strike card and the Jan Ken Poi card I was able to stay in the game and win back plenty of hands even though I had only one or two cards in my hand. Another neat aspect of Takoashi University: Karate Fight! is that when there are three or more players and one is knocked out due to not having any cards, they are not actually out of the game. They can continue to play by being the player to “Hit” thus replenishing their hands; in truth with three or more players, a game could last for forever, never ending. A unique and neat rule that I think only adds to the craziness that is Karate Fight!

Takoashi University: Karate Fight! is all about dexterity and spacial awareness; being able to quickly determine the cards that are on the table then react accordingly is key and in a number of games my younger sister proved to be the more aware party, though my dexterity was a bit higher, which then fed into loud “hits” and constant Jan Ken Poi battles. Hectic as it may sound, Karate Fight! is a wonderfully fun little card game that can literally go on forever. Fun, fast, and loud, Takoashi University: Karate Fight! is a great game best played with raucous friends.