You had to know that this one was coming eventually, right? After all of the time I spent talking about the Double Dragon Trilogy arcade titles brought to Steam recently, and my Retro Reflections on Double Dragon and Double Dragon II: The Revenge, it was pretty much inevitable I was going to revisit Double Dragon III: The Sacred Stones for the NES. Problem is – I always hated this game. 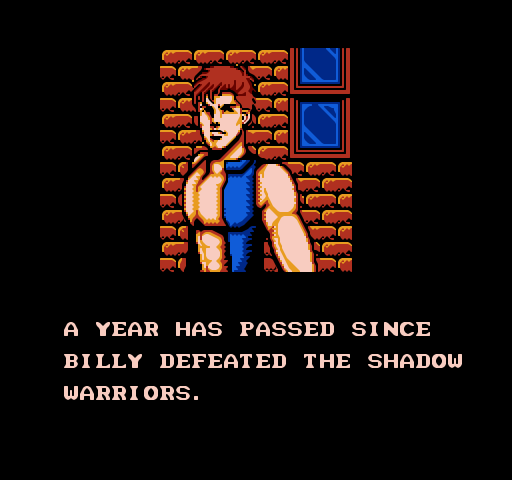 Now, in fairness, the NES version of the game is far better than the arcade one. My son and I had a blast playing the arcade trilogy on Steam when it came out – at least… we had a blast with the first two games. Man that third one (in the arcades called Double Dragon 3: The Rosetta Stone) was just rough. Visually it was very different, the gameplay was very different. I am generally alright with a game evolving, but in this case it became an entirely different animal.

The NES title looked and felt a bit more like its NES brethren. The plot predictably follows the brothers chasing after… who else? Marion was kidnapped again. Her and Princess Peach should really invest in better security. The idea here is that the Lee brothers start off fighting in the US, but their journey takes them to China, Italy, Japan and finally Egypt. Like Double Dragon II: The Revenge, part three here allows for single and multiplayer, while the combat goes back to the more kick and punch-like control scheme of the first Double Dragon. The ability to do a triangle jump kick and a two player cyclone spin kick adds some fun interaction to the mix when playing with two players. 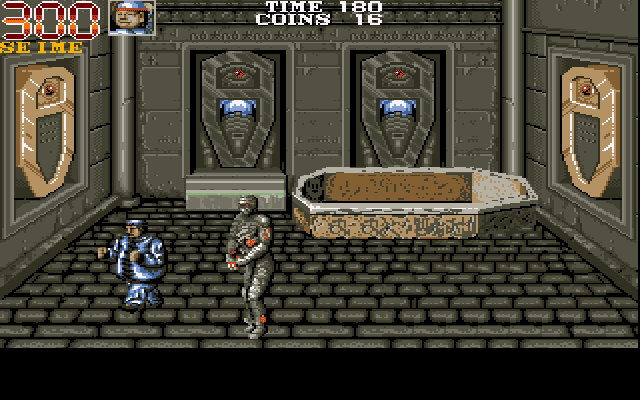 Instead of live, Billy and Jimmy have health bars and the ability to recruit two more players (Chin and Yagyu) – think kung-fu and a ninja. This essentially equates to four total lives before it is game over. I liked the variety in the characters – Chin is slower but can deal lots of damage while Yagyu is appropriately quick, but the odd weapons system and swapping out of characters just never really meshed with me. I always felt like Double Dragon was the story of Jimmy and Billy, but here they share the spotlight with two shiny new characters with vastly different skills.

I will say that neither Double Dragon or Double Dragon II: The Revenge was very hard. Double Dragon III: The Sacred Stones is a much more challenging game, for better or for worse. I did beat it – finally by myself. It seemed like playing with a friend made the game harder. On the one hand, the two players could better manage the enemy crowds, but because you were both sharing the same stock of characters, the better player often felt like their resources were being wasted. That is what happened to me. I was able to better manage enemies through redundant patterns and four lives to shuffle about as needed than I was able to get by with only two (or one life if my partner really sucked) and dealing with a second player on the screen breaking up the enemy patterns a bit more. Of course the game was more fun with two people, but it was also more challenging in my experience.

The biggest issue I have with Double Dragon III: The Sacred Stones is how it makes multiplayer so much harder, I suppose. The potential was there for plenty more fun, but the limited life system made getting through the game a lot harder than the first two. Double Dragon II: The Revenge still stands as my favorite from the series, with this third installment being my personal least favorite.