What does one honestly say about a game that was already excellently designed? For starters, Gratuitous Space Battles 2 is now out of the beta stage and into full release for your epic space fleet battling needs. 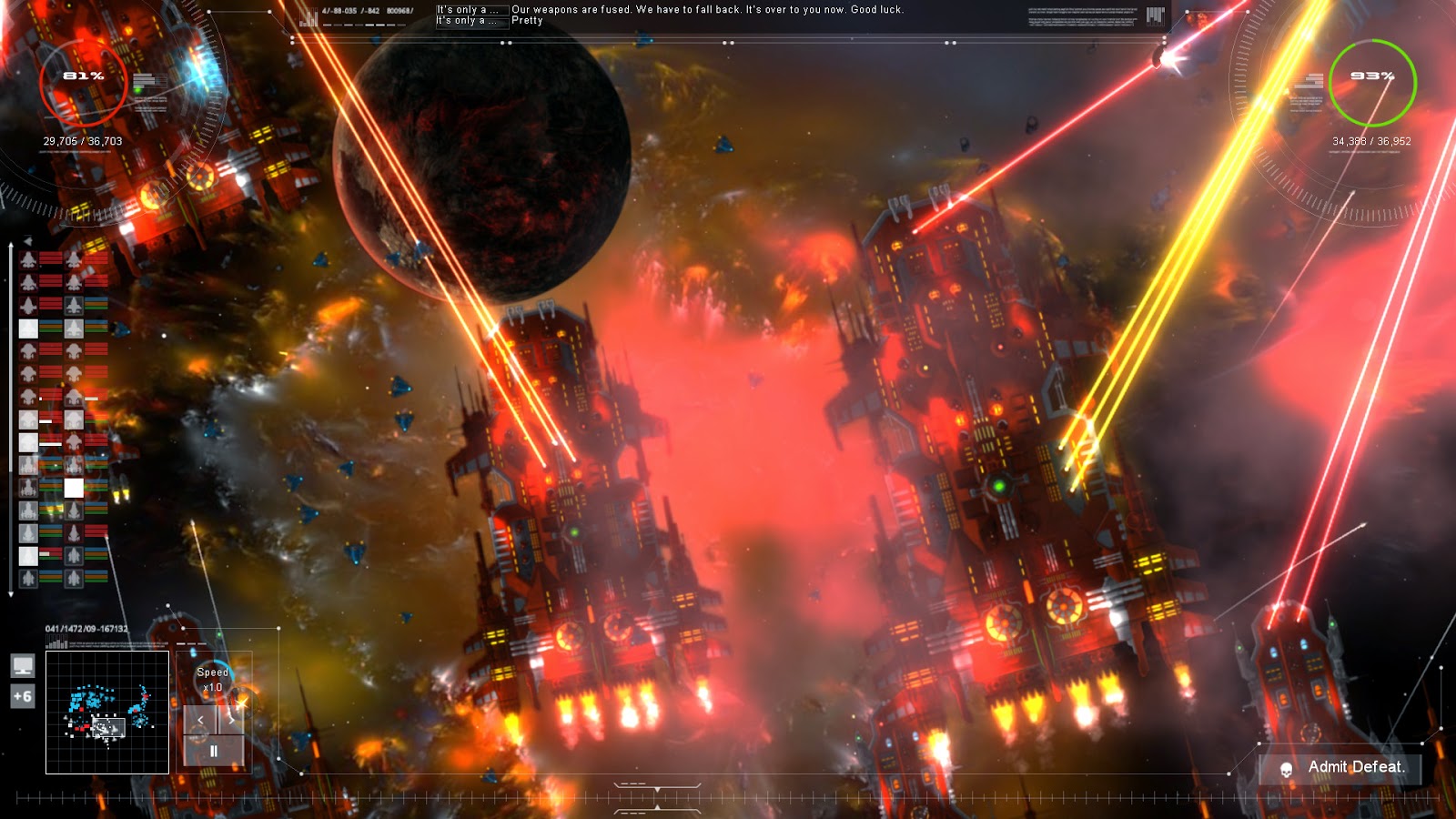 I previously got to experience Gratuitous Space Battles 2 a few months back and had wondered what Robert had gotten me into. Having fought battle after battle to try to come out on top I did wonder other than a few performance issues what could be done to make it more than it already was. The honest truth is that nothing needed to be done. Sporting great interfaces, having all information at the tip of your fingers, and gorgeous designs to boot, the full release did away with any technical errors and it’s still a blast to play.

Gratuitous Space Battles 2 finds players in both the seat of the architect and that of the tactician which adds to both the charm and the stress of it all. The main name of the game is to send out your fleet and almost pray for success in this hands off approach. Watching your fleet do battle is still a stellar experience with lasers and missiles flying across the battlefield among the various engine glows and debris left behind of those less fortunate to have come across your path. Did you put enough support ships? Are your Dreadnaughts as powerful as you believe they are? Did you remember to add a proper and varied amount of Star Fighter Squadrons to support your fleet against that of your enemies? These are all questions that only time as well as trial and error will reveal. 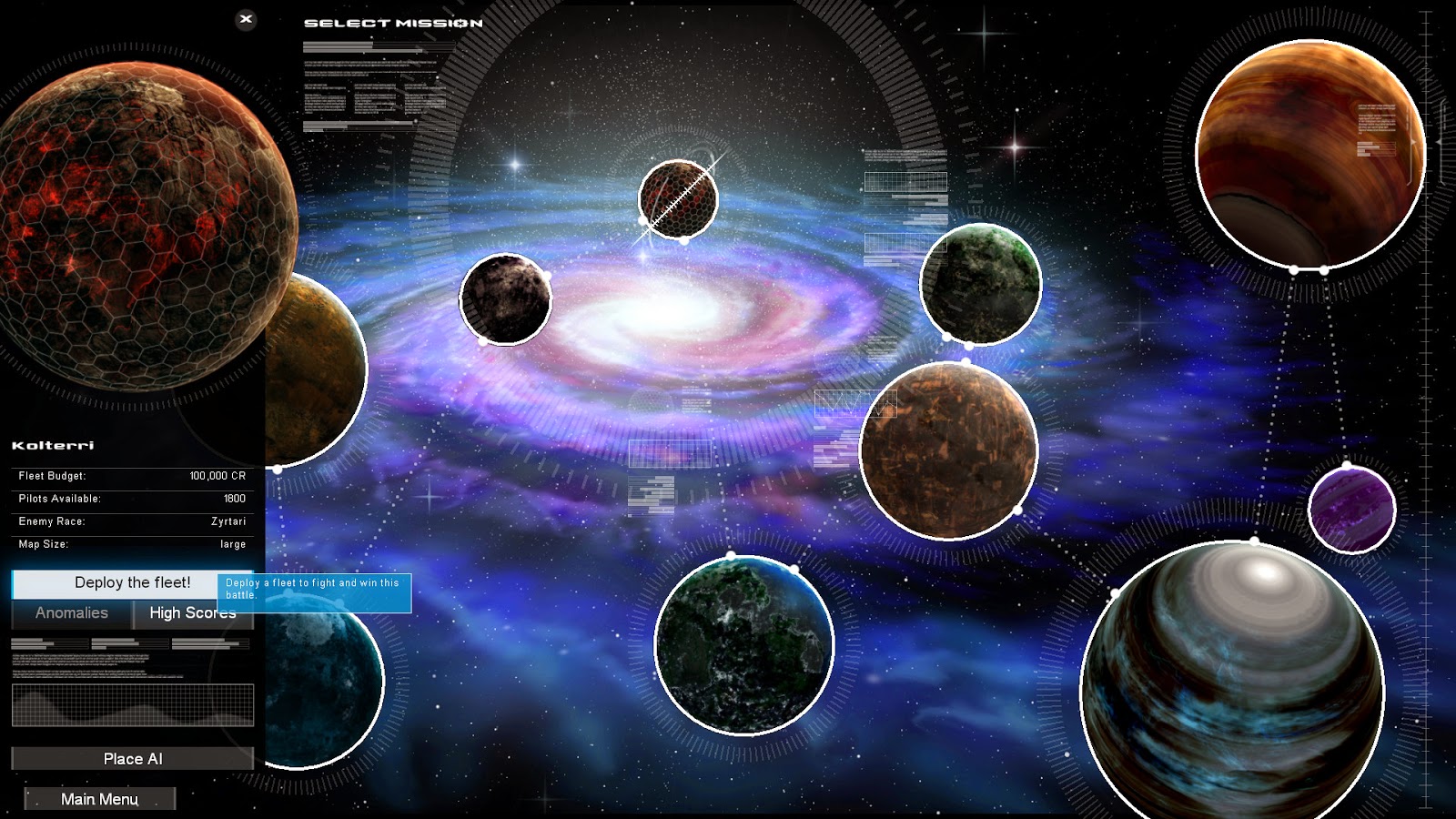 Basic ship designs will only really be good for one or two battles making a trip to the Ship Design mode more than necessary. With how a lot of games are designed, there is generally a “right” and a “wrong” way of doing things when customizing is an option. I just have to think of playing Diablo 3 with my brother who hounds me into picking a “build” for maximum efficiency instead of doing it “my way”. GBS2 sort of falls into the “my way” of doing things and starts players off with a specific set of ship blueprints and a variety pieces to be used in them. As your fleet wins battles and honor is collected, more options open up through the research mode to add to the existing repertoire.

Where the “my way” comes in is that I have honestly not seen any one ship that works for a multitude of situations. I’ve designed starfighters with the sole goal being to take out capital ship’s shields. I’ve designed others made for dogfighting, and then another set for taking on smaller support ships. The biggest part is that this was only the weapons systems without touching the style of engines, fuel tanks and armors. More than that, it was without even having touched anything larger than a starfighter. The amount of options are numerous and each needs to be evaluated to your overall strategy if your fleet is going to make it through the enemies. 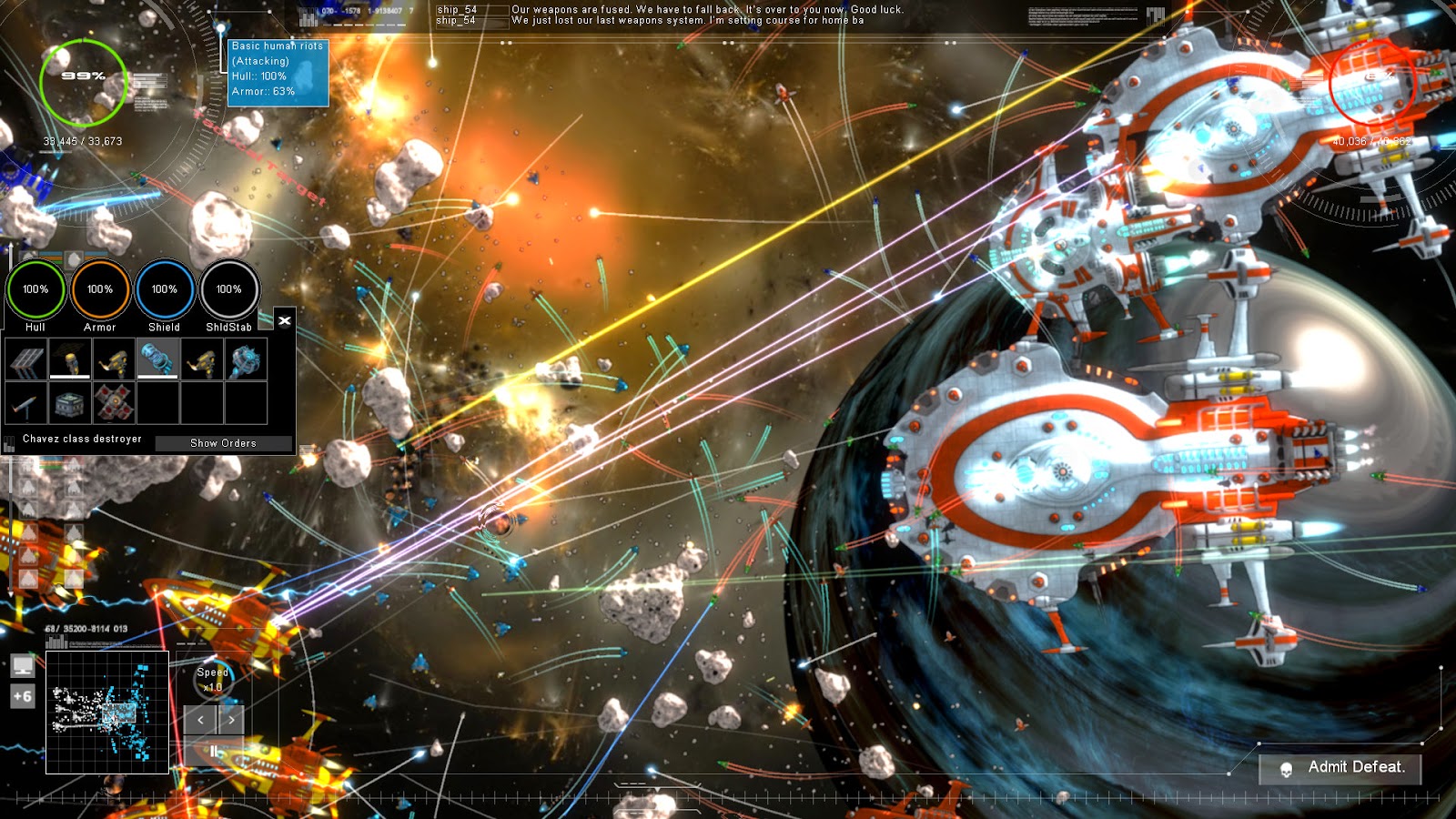 From the smaller ranking fighters which are set into squadrons up to the massive dreadnaughts, there are fundamentals that apply and that need to be followed unless we take into account my one mistake where I had an amazing ship carrier, full loaded, and forgot to add engines.

… yes forgot to add engines… I’m really good at my job I swear!

On the bright side, at least the carrier it was able to warp into the theater of war and launch a good nine squadrons into battle. After that? It kind of just sat there looking pretty and refueling any fighter that could make it back. The next version had engines so that it could move and use its own armaments.

Now ignoring my tiny mishap, every ship requires at least two things after moving up from the smaller fighters and the gunships. The first is power and it doesn’t matter if it’s a small power plant, a species modified one, or even very large one, they all take up only one slot and the effectiveness can be seen through a display bar of both current power output in regards to every other system added, and the crew required to operate it. The same can be said for the crew required to operate both the engines and any other systems that are added. Without a proper balance of these two elements, there should be no stellar expectations or even remote hope that the ship is going to make it through the opening salvos. Once you are certain that the ship performs exactly the way you like it, head back into the editor to slap on cosmetic changes such as decorative pieces, color changes, and exhaust wakes to make that ship truly one of your creations. With the full release, there is access to even easily save it into Steamworks if it is running through Steam. Needless to say some could spend hours doing this! 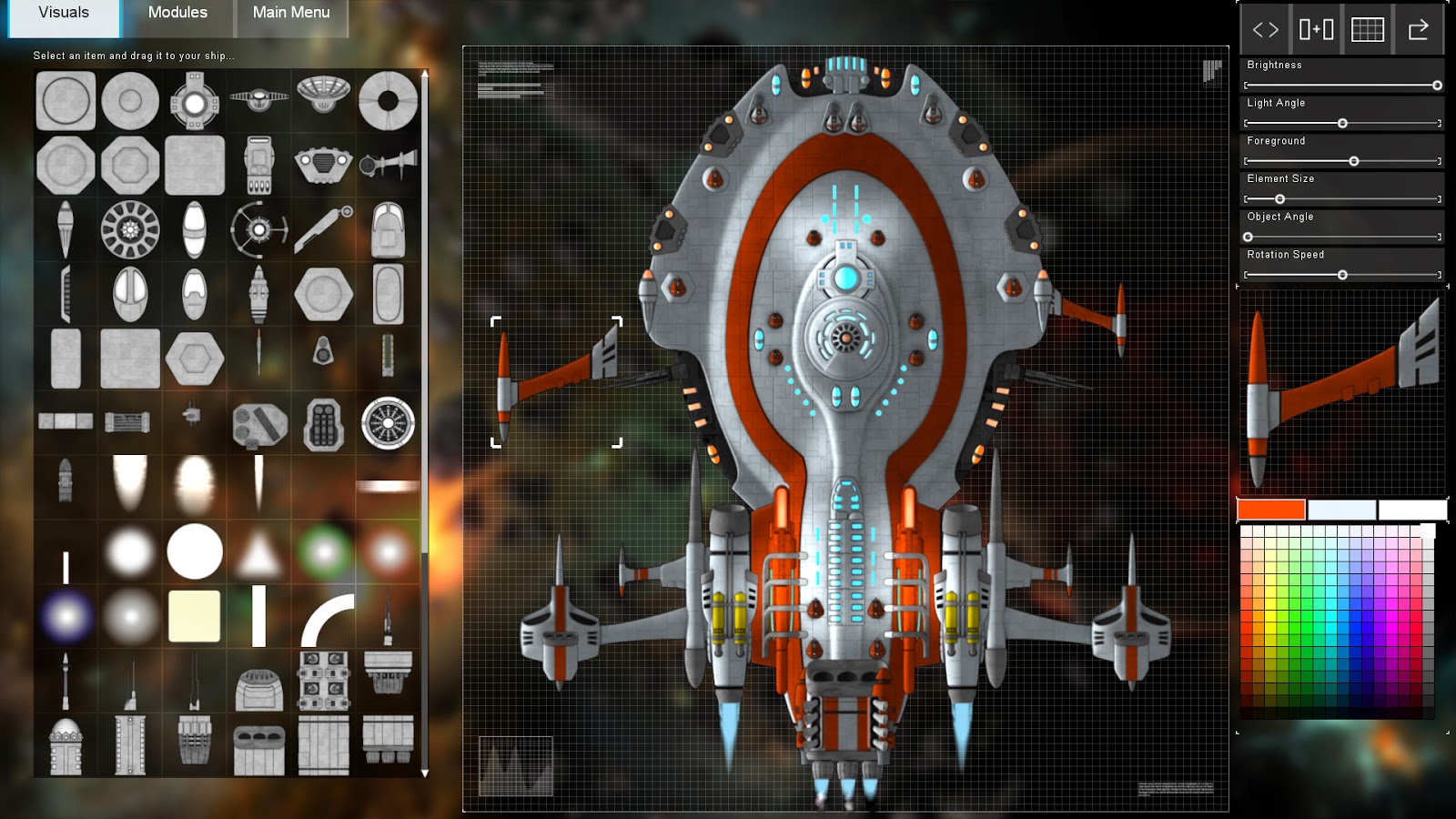 Graphically Gratuitous Space Battles 2 is still impressive being able to host that many ships big and small with all those lasers and missiles flying across the map. What I originally enjoyed and still do now is being able to zoom in very close and actually see the ships fly by one another launching their weapons. While that is extremely impressive, I was hoping that by full release that being able to zoom further out to be able to see the whole battlefield would be an option. Instead when it comes to the larger maps there’s a limit to how far you can move out which limits the “big picture” if you wanted to see what the entire fleet battling looks like. It’s not a huge thing, but it would have been nice to see that many ships firing upon each other in their own skirmishes. I sometimes solved this by either launching my fleet or having it converge on one ship into a centralized location. This had the enemies come in and face me in one spot so that I could truly enjoy the sheer amount of destruction in one glorious space.

From the smaller skirmishes to the much much MUCH larger ones, Gratuitous Space Battles 2 is an awesome treat for those that love to design ships, plans stratagems, and also for those who like to send massive fleets them into battle.