Sayonara UmiharaKawase + is a platformer that follows a woman on her adventure through a crazy land jumping over obstacles, rappelling down ledges, and swinging over pits and death traps armed with nothing more than her fishing rod. Then again when mounted up against what people have generally seen between animes, mangas, and video games as a whole. It’s not that crazy. 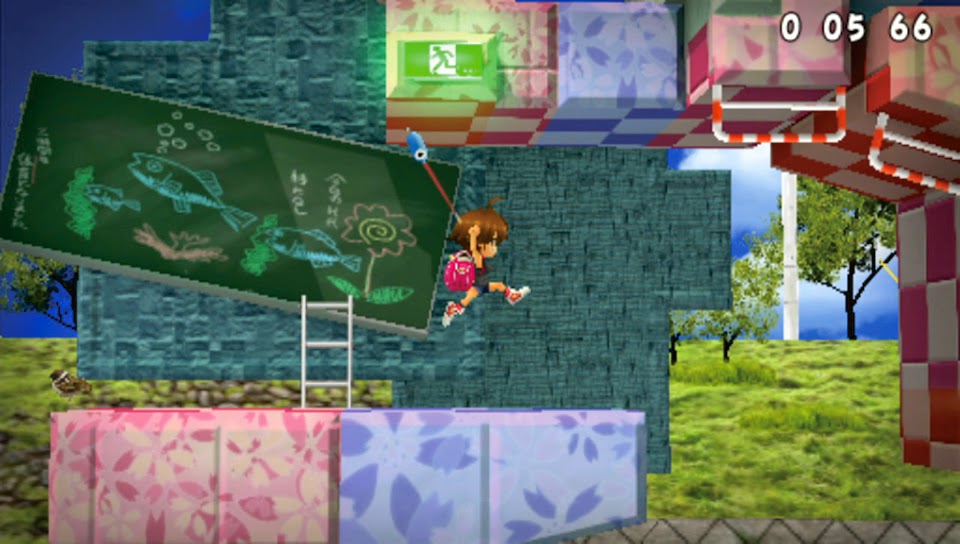 Platformers are a bit special to me dating back to my first minutes of gaming. I’ve seen a lot of different styles over the years from the 8-bit era all the way over to now. What I’ve never seen however is that amazing fishing rod that is used in order to do just about everything. What intrigued me the most was that aside from the fishing rod in particular, the only other thing that Umihara has access to are her hands and feet.

Gameplay is designed in a much older school fashion where there are only two buttons to use. The first is to jump, and the second is to use your fishing rod. Thankfully Umihara is in good shape because there is a lot of running and ledge pulling to be done. When close enough to a ledge she can jump and grab hold to pull herself and continue. More often than not however, things will be out of reach which is where your fishing rod comes in. 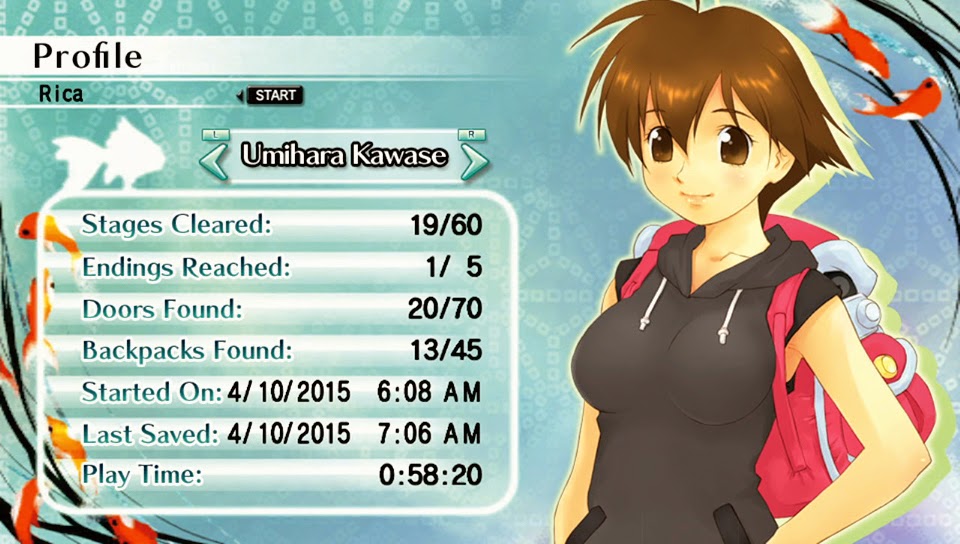 Simply said, this fishing rod is incredible. Umihara can use it to latch onto far ledges to pull herself over, ceilings in order to swing across distances that cannot be cleared just by jumping, floors in order to rappel down, and finally use it to latch onto monsters in order to dispatch them. If while swinging or hanging down feels like it could use more cord length, with a simple press the player can either increase or decrease the length of the cord in order to send Umihara further down or have her almost bungee back up.

This process can sometimes take a second or two so while not being a main control, there is a third option which allows for the player to stop time to properly view the surroundings. During this time, everything is frozen including Umihara which gives the player a chance to view what is around them without worry of monsters or slipping and sliding because they accidentally moved just a tad too far. 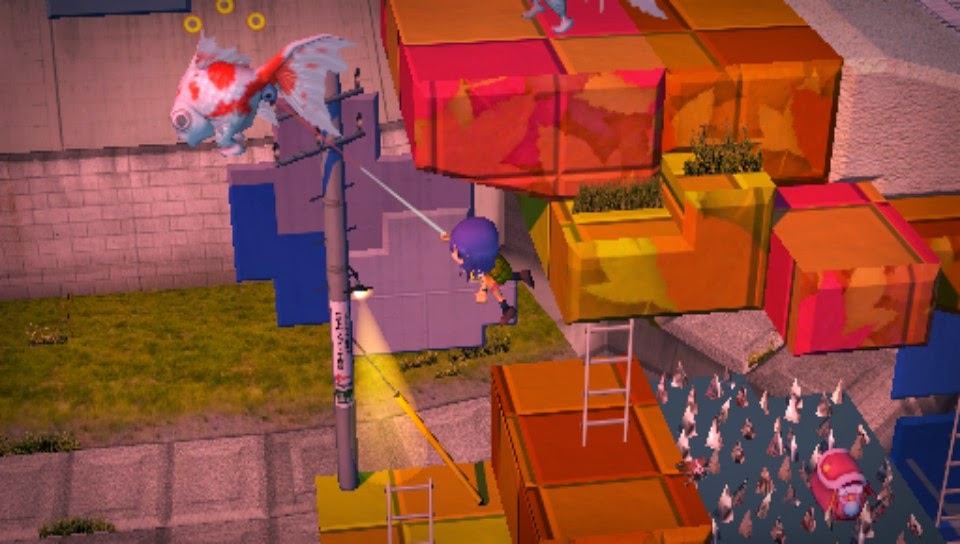 Now unfortunately while all the control schemes sound great, they don’t quite click as well as they should have. Umihara’s adventure is not an easy one and more for the implementation of the controls more than those of the actual platforming puzzles that make up every level. While there was never any issues with the grabbing of a ledge, there were issues with jumping and swinging that could have me restarting a level multiple times. While the fishing rod is extremely versatile, it unfortunately didn’t seem to support proper physics for someone swinging back and forth on a rope. There were many times in which unless I could make it back down to a prior ledge to retry, I was pretty much sunk and would have to restart. It was sad because with just a bit of tweak to the rope could have made everything that much smoother and enjoyable.

Sayonara UmiharaKawase + could have been better than it was with just a modification to the fishing rope that is the core element of this platformer. I really did want to enjoy it more than I did, but with the physics being what they are, it made it unnecessarily hard at times in order to complete a stage when it should have been easy enough.