I cannot overstate how excited I was to see Nobunaga’s Ambition announced recently. With that in mind, I may be following release information a bit more closely than other titles. 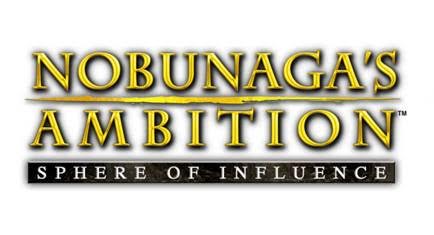 Specifically, KOEI TECMO America is offering two new game scenarios to fans who pre-order the title. The first, available exclusively through GameStop, is called ‘Rise of the God of War’ and tells the tale of Kagetora Nagao, fourth son of Tamekage Nagao, who replaces his weak brother as head of the Nagao clan. When the liege lords of his clan are unwilling to recognize such a young and inexperienced youth he must force them into submission and prove his superiority as a commander. This is the origin story of Kenshin, the general who became known in Japan as the ‘God of War.’

The second scenario, available for those who pre-order from Amazon and Best Buy, is called ‘Oda – Tokugawa Alliance’ and follows the stories of two young men, Takechiyo Matsudaira and Kipposhi, who grow up to be two of the most significant figures of their time, Ieyasu Tokugawa and Nobunaga Oda. This scenario explores their time growing up together and sheds some light behind the forging of their strong alliance and friendship.

KOEI TECMO America has also released a first trailer for the game that highlights the realistic, dynamic, and dramatic nature of this extremely intricate, deep, and meticulous strategy game.

Set against a backdrop of a fragmented nation, players take the mantle of a Daimyo, a feudal lord of the Sengoku era (15th-16th century Japan), and fight for the great ideal of uniting the war-ridden country under one rule, and become Shogun. Providing the choice to play as either a historical personality or a uniquely created character, Nobunaga’s Ambition: Sphere of Influence is both a full-scale historical simulation and a bona fide strategy title, and offers an extremely wide pallet of choices for the player to shape the world as they please.

Having recently celebrated its 30th year anniversary, Nobunaga’s Ambition is one of the longest running franchises for KOEI TECMO Games in Japan, and during its lifetime it has received high praise by an ever-growing fan base across an array of platforms. Now, its latest chapter, Sphere of Influence, marks the series’ return to North America after 6 years of absence.

The game is named after one of the most prominent and infamous figures of the Sengoku era (Warring States) of Japanese history, Nobunaga Oda. He fought to realize his dream of a united Japan and a new world. Though he fell before his dream was accomplished, he left behind a revolutionary legacy of castle towns and technological improvements, developing culture, modern warfare, and a new system of economics.