comments Share
You are reading
Golem Arcana – Zikia: Heralds of the Great Weald – Tabletop and Board Games Review

A few weeks ago we had a chance to review the base set for Golem Arcana. Christ and I logged several hours in, learning the system, getting the app installed and then beating the tar out of one another’s armies. All in all, it was a lot of fun, but it was clear that Golem Arcana was designed with expansion in mind. Chris and I had a chance to break out two of the newest expansions, and will kick off this week’s review with the Zikia: Heralds of the Great Weald set. 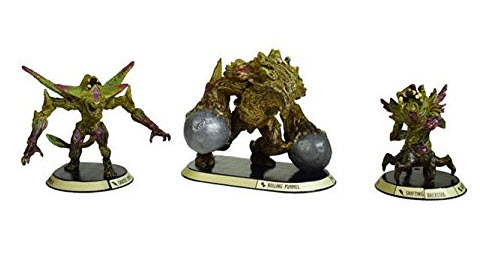 Golem Arcana is a lot of fun. I feel the need to reiterate that right away. However, one of the biggest questions I had coming away from my Base Set experience was how well does it expand? I saw quite a few different expansion possibilities out there, and they promised not only different golems, but also relics. That last part is not an insignificant part of the package. While the golems are undoubtedly the most interesting part, the relics were an aspect of the game I had only read about – but the base expansion did not come with any, so we did not get a chance to kick the tires on those.

For those who did not read my original review, I strong urge you to do so if you are interested in these expansions. In it I explain the game mechanics and how everything comes together with the app on an iPad or iPhone. It will make the rest of this review much easier to sort through. Go ahead, it’s fine. We’ll be here when you get back. 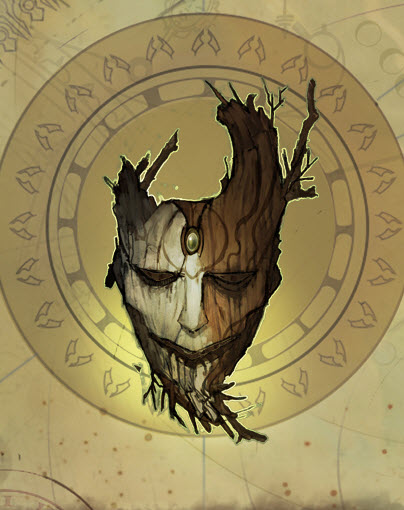 Done? You sure? Alright, let’s continue then.

The Zikia expansion offers three new golems. Each of these golem kits come with fully assembled, colored creatures that can be read by the stylus and integrated into your battles. They adhere to this small, medium and larger sizing. What I noticed in the base set was that the larger ones packed the biggest punch, but were the least mobile. The smallest ones were often quick, but their attacks were generally more limited and less powerful and they died more easily. By themselves they are not necessarily very strong, but gang tactics appear to be an option – but it was a theory at the time, not something Chris our I could put to the best because the base set came with two armies, each one equipped with only one of each golem size. As you would expect, the medium ones fall somewhat in the middle in terms of strength and speed.

The Nightshade continues that trend of being quick. Its backstory is that of an assassin who comes from the Wildwood. They are almost the very definition of a glass cannon as they are nimble and lacking in stamina, but their backstab tactic is pretty amazing. Shifting Backstab is actually a ranged attack that allows The Nightshade to move in from up to four squares away and deal a fairly powerful melee blow. 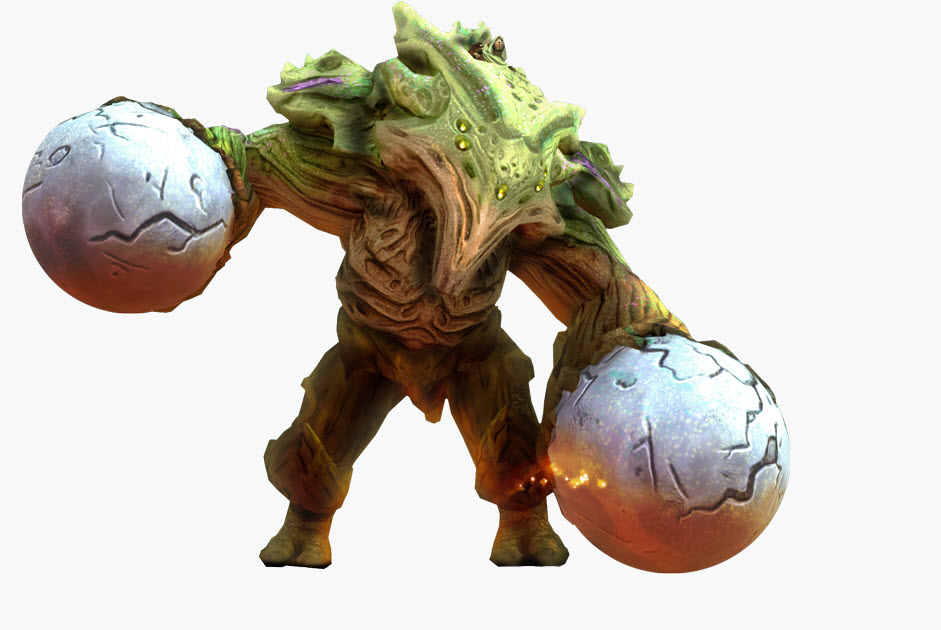 The Prowler is our middle-sized golem. This guy is more of a utility player on the battlefield. He is somewhat squishy and does not deal a lot of direct damage, but he has some nice additional abilities. Venom allows him to do some additional damage on subsequent attacks, bringing his striking power more in-line with other similar sized golems while also providing three rounds of damage over time. Great for a hit and run tactic. Caustic Spray is an area attack. Risky to use if you have troops in the area, but excellent for an enemy in a clustered or bottlenecked location.

The Earthfall is the bruiser of this team, with hands that end in large silver balls used to crush the opposition. Slow but unaffected by terrain type penalties to movement, this guy is built for melee combat. If you can keep him at a distance, he is vulnerable. One of my big guys from the Base Set has some nice ranged options that let me deal damage before The Earthfall could use him, but once melee was engaged, Chris managed to unload some substantial damage before I killed him.

The characters all look really good. There is excellent detail on them and they are nice and colorful, with plenty of greens and yellows to help indicate their woodland history. The relic cards are a nice addition to the set, and something I was missing before. When you have unlocked relic cards, you can assign a relic to each of your golems. The quartet that come with this expansion are the Ghora’s Mask, Nihata Laurel, Zephyr of Er-Haka and Chalice of Mists. 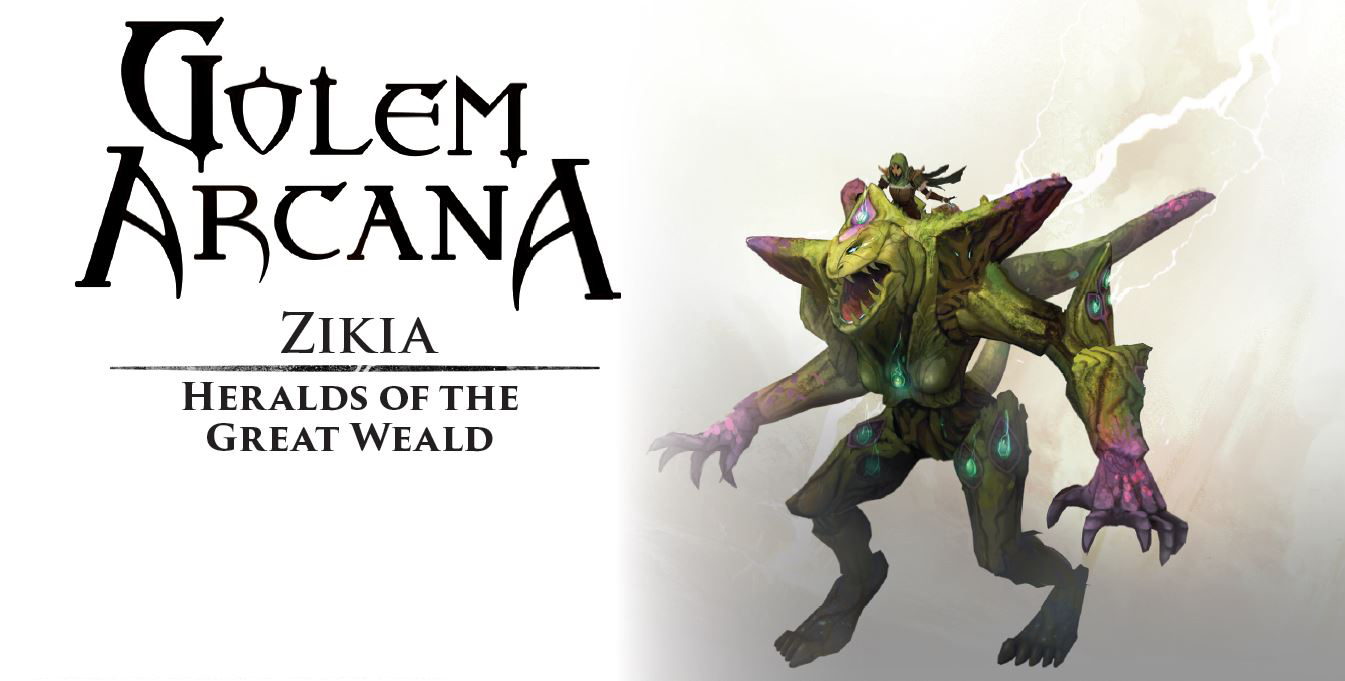 I had actually seen some of these guys listed in the app, but until you have them in hand and scan them, you cannot access them in gameplay. Now that Chris and I were wielding larger armies, these relics came in quite handy as we had to figure out how we wanted to distinguish our units. Ghora’s Mask pushes enemy golems backwards, creating space if you need a square and do not want to have to fight yet for it (useful in the king of the hill mode). Nihata Laurel continues the trend of movement modification as it tries to attack up to three times per turn, dragging enemies into its region and reducing their movement.

The Zephyr of Er-Haka allows you to clear a golem of pesky status affects (like the aforementioned Venom skill that can modify the attacks of The Prowler). Last but not least, the Chalice of Mists forces a target to move an additional region at random for the next three turns. Again very handy if you are attempting to grab a strategic location and want to mess up what your opponent has planned.

The Zikia: Heralds of the Great Weald expansion helped add a fun new set of dimensions to the games Chris and I were playing with Golem Arcana. The additional forces fill up the vast maps better, and the relics add a new layer to the gameplay. The new characters have specific mechanics that can certainly be advantageous in the right scenario, but do not feel out of balance with those found in the Base Set either.