comments Share
You are reading
Memorable Music in Gaming #6

We are at it again, with five more music tracks from video games that will stick in your head the way they did Hamza’s. We have a pretty good selection here, courtesy of the home computer – no console entries this time. 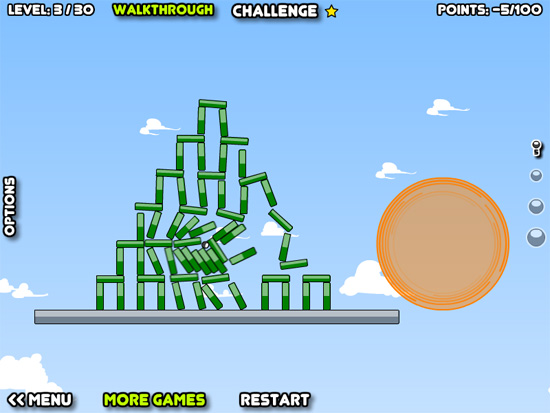 Broken Sword: The Shadow of the Templars (MS-DOS) – Finding Nicole

Romantic scores are always a pleasure to listen to: Jerry Goldsmith’s love theme from Chinatown, the saxophone-filled main menu music from The Blackwell Epiphany and Finding Nicole from Broken Sword are great examples. Nicole Collard is one of the major characters from the series and the primary romantic interest of the series’ protagonist, George Stobbart. After listening to this sensual score, you too will fall in love with her!

Blosics is an online series of addictive puzzle games which sees you knocking off blocks with a ball. If you’ve played Angry Birds and similar games of its ilk, then you know what I’m talking about. Being the best from the series, Blosics 2 also excels in the department you’d least expect it to: music. The ten-minute loop (which is only heard in the main menu in all its glory) follows the loud-soft dynamic that was popularized by Nirvana and The Pixies – but without the grunge. Unfortunately, no good YouTube video exists which has the music (though several walkthroughs do exist; but the music can barely be heard in them), I will give you the link to the actual game itself so that you can enjoy the seriously addictive game as well.

Not to be confused with thatgamecompany’s game of the same name, Flow by Plonga is a puzzle game which sees you connecting same color dots to each other. Sounds easy, right? Well, you must connect the dots in such a way that it doesn’t overlap the path of the other dots. For example, say you connected two green dots with each other. Now if you want to connect another two dots (let’s say red), and if the path between them is being obstructed with that of the path of the green dots, then you need to come up with a different plan. Sounds confusing? Click the link below and understand the game for yourself 🙂

If you ever want to see a grown man cry, just play him the opening of Halo’s theme song. The Halo series has always been influential and game-changing, but none more so than the original game… which completely altered the landscape of first-person shooters, quickly establishing itself as the strongest rival to genre heavy-weight Half-Life. Nearly every aspect of the original Halo was received with universal acclaim (bar the level designs), with the soundtrack receiving the lion’s share of adulation from critics. It’s not hard to see why: the orchestra-heavy score with a haunting choir and epic, John Williams-level production is stuff of dreams. The perfect sountrack for the tragic hero in all of us!

Doom’s impact on first-person shooters (and games in general) can never be understated nor can be exaggerated. Even today, more than 20 years later, the reverberations caused by Doom’s bombastic arrival can still be felt. Composed by the legendary Robert Prince (the same guy behind the audio-porn of Duke Nukem 3D, Rise of the Triad and half of id Software’s repertoire), the heavy-metal-inspired that can be best described as carnage that blasts through your speakers in E1M1 has etched itself permanently as one of video gaming’s most iconic moments.