comments Share
You are reading
Memorable Music in Gaming #8

We have a very car-heavy theme with most of these games this week. As always, we love to hear feedback on titles Hamza talks about in these Memorable Music articles, so let us know if you agree or not! 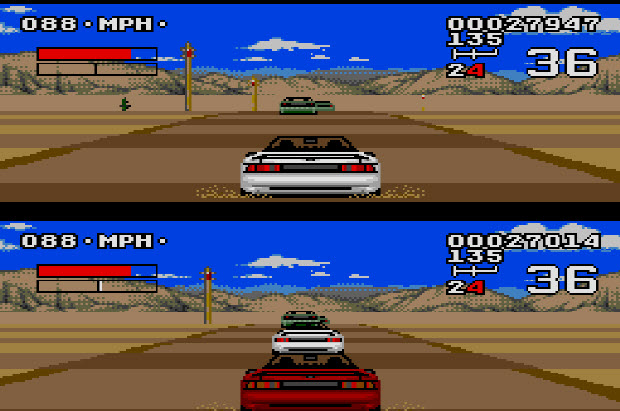 Mute City is yet another example why first level music is almost always the best from the bunch. The game is well-known for its hyper-kinetic gameplay and sexy techno soundtrack… and the two of them go extremely well hand in hand. If you ever get in the mood for zipping around in dizzying speed with a throbbing soundtrack to accentuate your actions, then you cannot go wrong with F-Zero.

Talk about creepy. Granted, this main theme of the original Silent Hill doesn’t hold a blue candle to the excellent pieces of music in the later games (most notably 3), it is still liable to send a sliver of shiver down your spine and make your hairs stand up on their end!

Not widely known for their music, the GTA series has only few great examples of memorable compositions – and the main theme of GTA: SA is just about the first (and to an extend, the only) example that comes to mind. Rockstar: We don’t need GTA VI, we need a remaster of San Andreas! NOW!

This one was difficult. Having played the Sega Genesis version, I always thought this game contained the coolest driving music ever (after OutRun 2006 of course)… until I came across the Amiga port. That one has less static and a more ’round’ feel to the music. Anyway, both versions are worth listening to and I’m going to list the both of them.

I’ve said it time and time again before, and I’ll say it once more: Magical Sound Shower is the greatest driving music ever made. In fact, it is the single greatest music ever to grace a racing game. While the original 8-bit music in the first OutRun game was awesome, I thoroughly love the remixed, ‘modern’ version of it in OutRun 2006. There’s something about this version that feels so right and, well, magical!