Operation Abyss: New Tokyo Legacy is a dungeon crawler that sounds brand new, but it is actually based on a couple of games released on the PC in years past. This particular genre tends to age pretty well for fans, because the emphasis is on party structure, exploration and lots of grinding – all things that are helped by modern visuals, voice acting and the like – but none of those bells and whistles feel mandatory. For better and for worse, Operation Abyss: New Tokyo Legacy wears some of its old school inspiration on its sleeve for everyone to see, but at the end of the day I enjoyed it a good deal. 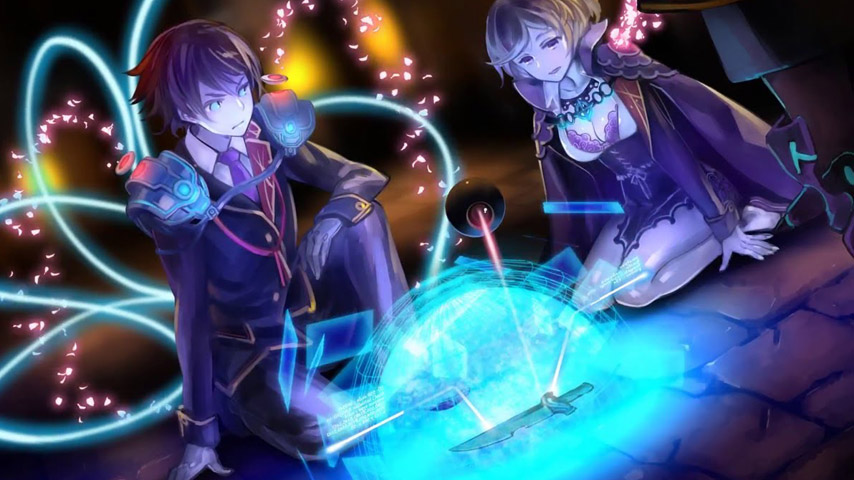 For those unfamiliar with the developer Experience Inc., this is the same team that brought us the outstanding Vita crawler Demon Gaze. Seriously, read my lengthy review if the genre appeals to you and you somehow missed this title, as it’s one of the best for the PS Vita to date. To that end, Experience Inc. did not travel too far out of their comfort zone here with Operation Abyss: New Tokyo Legacy.

The setting is a bit different, set in a near future version of Tokyo. The city itself is under constant threat, giving the title a science fiction feel that is usually absent from this genre. You are in control of a unique group of teenagers modified by the Code Physics Agency that are assigned the task of investing these threats and putting an end to them. The story is great for setting up the theme, which is carried out well throughout the game, but the narrative itself takes a backseat to the actual play. That is really nothing new – for whatever reason the dungeon crawling genre never seems to garner as much storytelling as other forms of RPG. 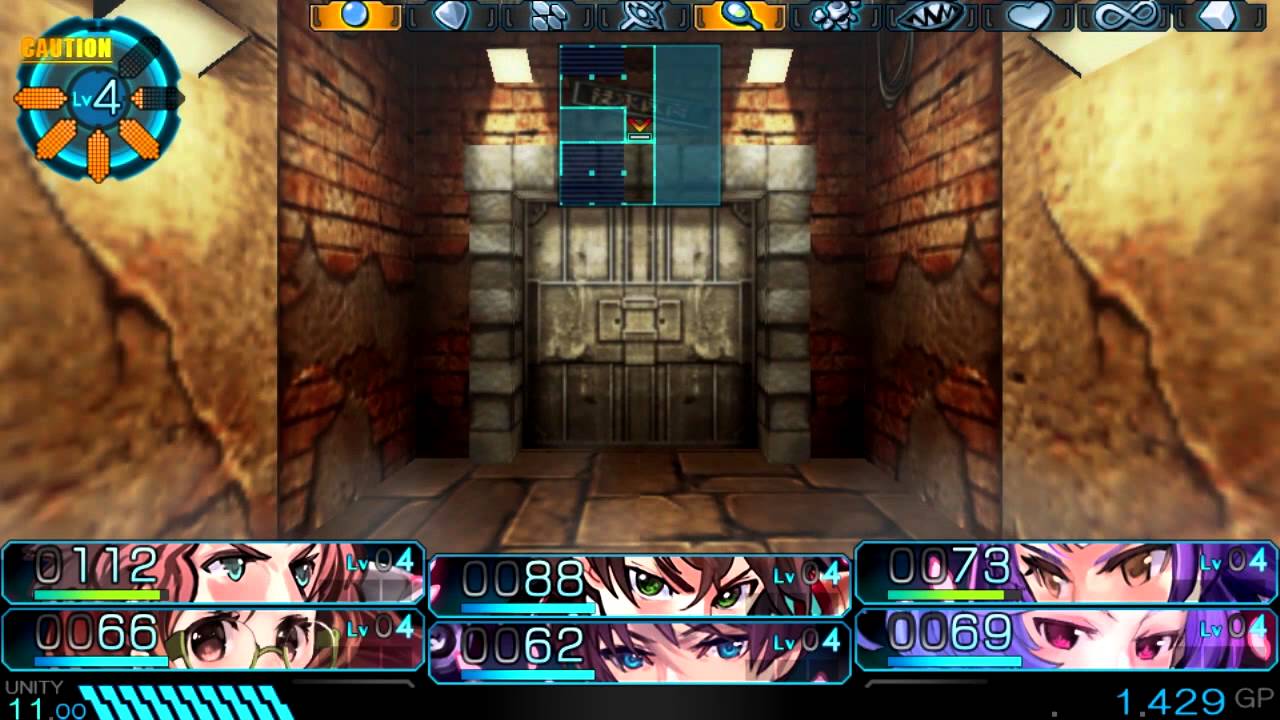 There are a fair number of dungeon crawlers out there, from classic titles like Wizardry to newer fare such as the recent Persona Q or Etrian Odyssey games. You march around hallways and cavernous rooms in a first person perspective, battling off mostly static enemies and looking for secrets and treasure chests. The pace tends to be slow, patience is rewarded and grinding is something of a must at least partway through the adventure.

There are two substantial strengths in Operation Abyss: New Tokyo Legacy that stood out to me. The first was the excellent level design. The levels are challenging, require you to approach some of them almost as if they are first person puzzles, yet they feel fair and balanced. Progression has that Dark Souls-esque sense of accomplishment when you knock out a particularly challenging dungeon. However, they are also interesting to traverse – not always a given in a genre that often has every passage looking very similar to the others. Speaking of Dark Souls, there is a rather interesting memo or note system that sort of reminds me of the Souls games, that allows for players on the network to help each other out a bit. Of course the advice is only as good as the person leaving it. Just like in the Souls games it can be very helpful, or terribly misleading. 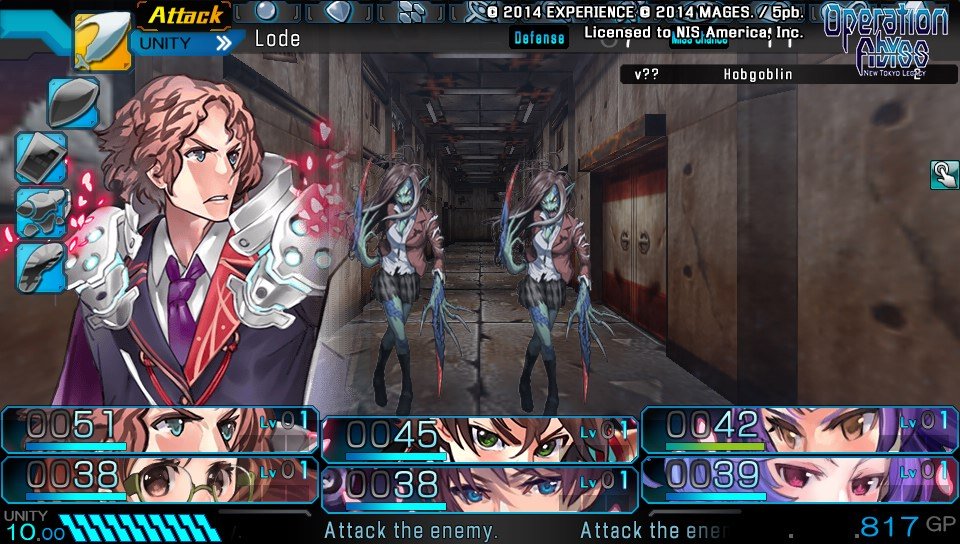 The other thing I wanted to note was that the combat feels far better balanced than in other titles of this genre. Games like Elminage tend to have incredibly erratic spikes in difficulty. I have often found myself flying through dungeons in this genre, hardly being challenged at all, only to stumble onto some insane combination of creatures that douse me with ridiculous debuffs, lots of damage and far too many enemies to hope to survive. That is not to say there is no challenge to be had here. Go into the depths unprepared and you may very well not make it back out. The combat feels fair however, and better balanced than in most dungeon crawlers like this.

There are some curious gameplay decisions however, that hold Operation Abyss: New Tokyo Legacy from reaching the same lofty levels of Demon Gaze. First and foremost is the peculiar choice to have the party return to their home base in order to level up. Leveling up while in the field is not only convenient, sometimes life-saving, but also an engaging gameplay hook that is just left out in the cold here. Also, capping character levels until more of the primary story has been unveiled was a really weird and frustrating choice. I tend to fight a lot of battles, I like getting as powerful as possible. This was somewhat demotivating when I ran into it.

It is also worth noting that the inventory system is a bit of a clustered mess. That seems to be a theme in a lot of RPGs – heck, even the Witcher and Dragon Age titles give you so much crud you pick up along the way that it is inevitably a bit of a pain to sort through it all. Like those games however, the inventory itself is quite useful because the contents lead into some of the other subsystems in place. This is a game that (when it is not preventing you from advancing in level) gives you a great deal of flexibility when customizing your characters.

Maybe it is because Operation Abyss: New Tokyo Legacy is a remake of an earlier game, but it does not feel quite as sharp as Demon Gaze did. The interface is bright and colorful (especially during combat) and outside of the inventory things are relatively easy to navigate around, but the game itself feels like a small step back from the polished fun that Demon Gaze presented. That being said, Demon Gaze is among my favorite Vita games to date, so there are worse games to fall short of, and Operation Abyss: New Tokyo Legacy is still a good game in its own right. If you enjoy a good dungeon crawl, then this title should be right at home in your vita library.