Star Hammer: The Vanguard Prophecy is a 3D pseudo-turn based tactical space strategy title from our good friends at Slitherine Ltd and Black Lab Games. Placing you in command of a fleet of warships, Star Hammer: The Vanguard Prophecy takes place after humanity left a dying earth in the 22nd century, during what has been called The Second Contact War. Spanning over 60 missions of pauseable real-time space strategy combat, or through custom skirmish matches, Star Hammer throws you to the wolves in an epic space battle where you can watch your orders play out in real-time. 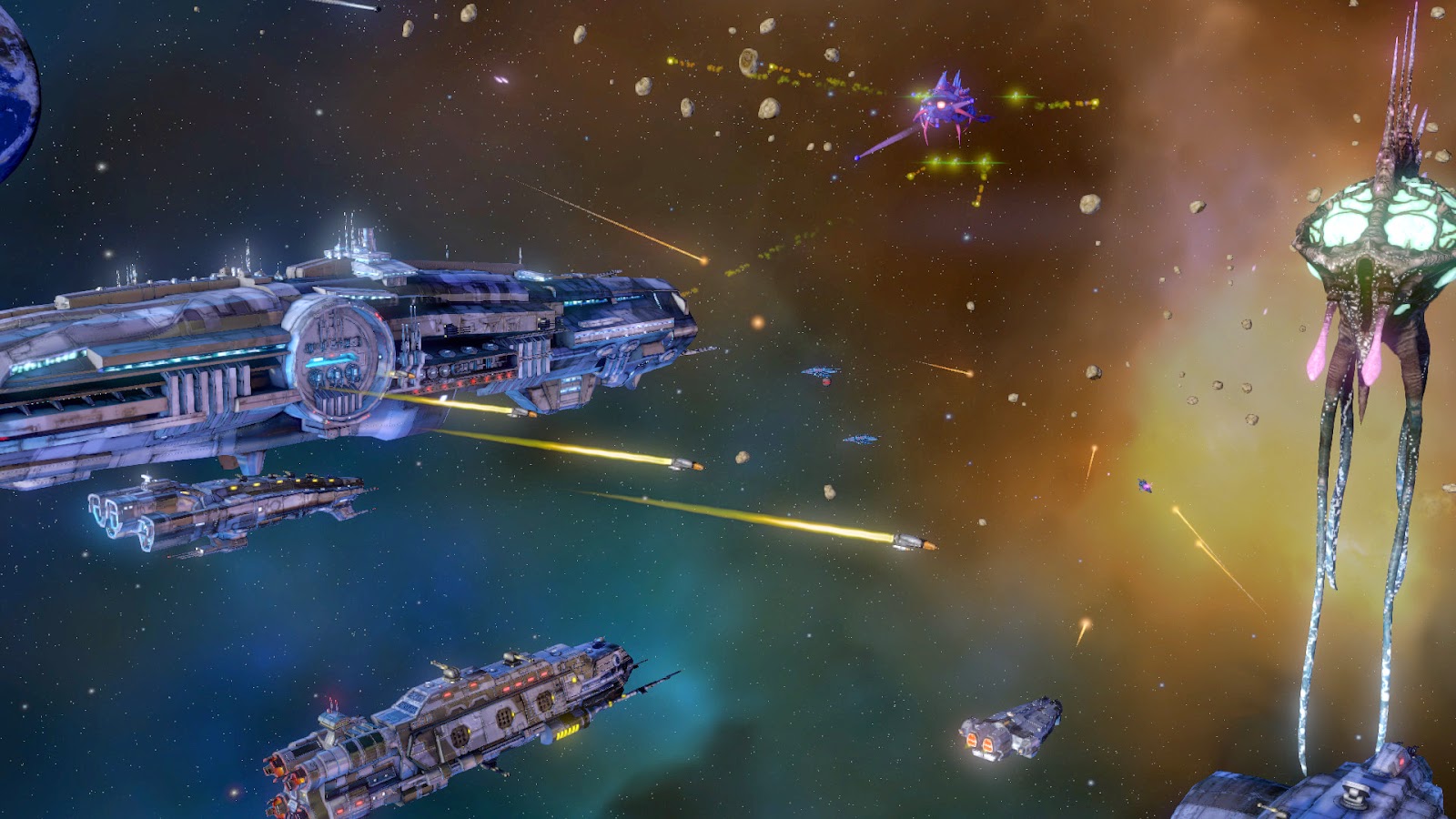 Some of you may know this by now, but I am a massive fan of all things space. From space operas like the Mass Effect trilogy to simulators like the X series or Elite: Dangerous, I am a huge fan. On the other hand I am also a giant fan of strategy titles given I grew up on the Warcraft and Command & Conquer franchises so when I got wind of a space-based real-time strategy title I just had to know more. Coming out shortly after the release of the Homeworld Remastered collection, Star Hammer aims to change up the real-time strategy in space genre by adding the ability to pause, map out your moves / tactics and then watch them unfold.

This interesting feature adds a level of tactical control not seen in more traditional RTS titles and given the true 3D nature of space, well there are countless options for flanking your enemy or tactically retreating from a battle that is going badly. While Black Lab Games and Slitherine call it pauseable combat, in practice it is less “pauseable” and more “turn-based.” You will go through and plot out each particular move then press the play button and then your ships will act out the moves that you made; there really is no “Real Time” about it; simply turn-based strategy in space. Mind you that is far from a terrible thing and it actually works quite well, it is just a bit misleading to see terms like “pauseable real-time” on their Steam page or website. It is more of a personal distaste in the choice of words than it is anything else, though it may be a bit problematic if someone is looking for a Homeworld-style game (which is true RTS) and they pick up Star Hammer: Vanguard Prophecy. 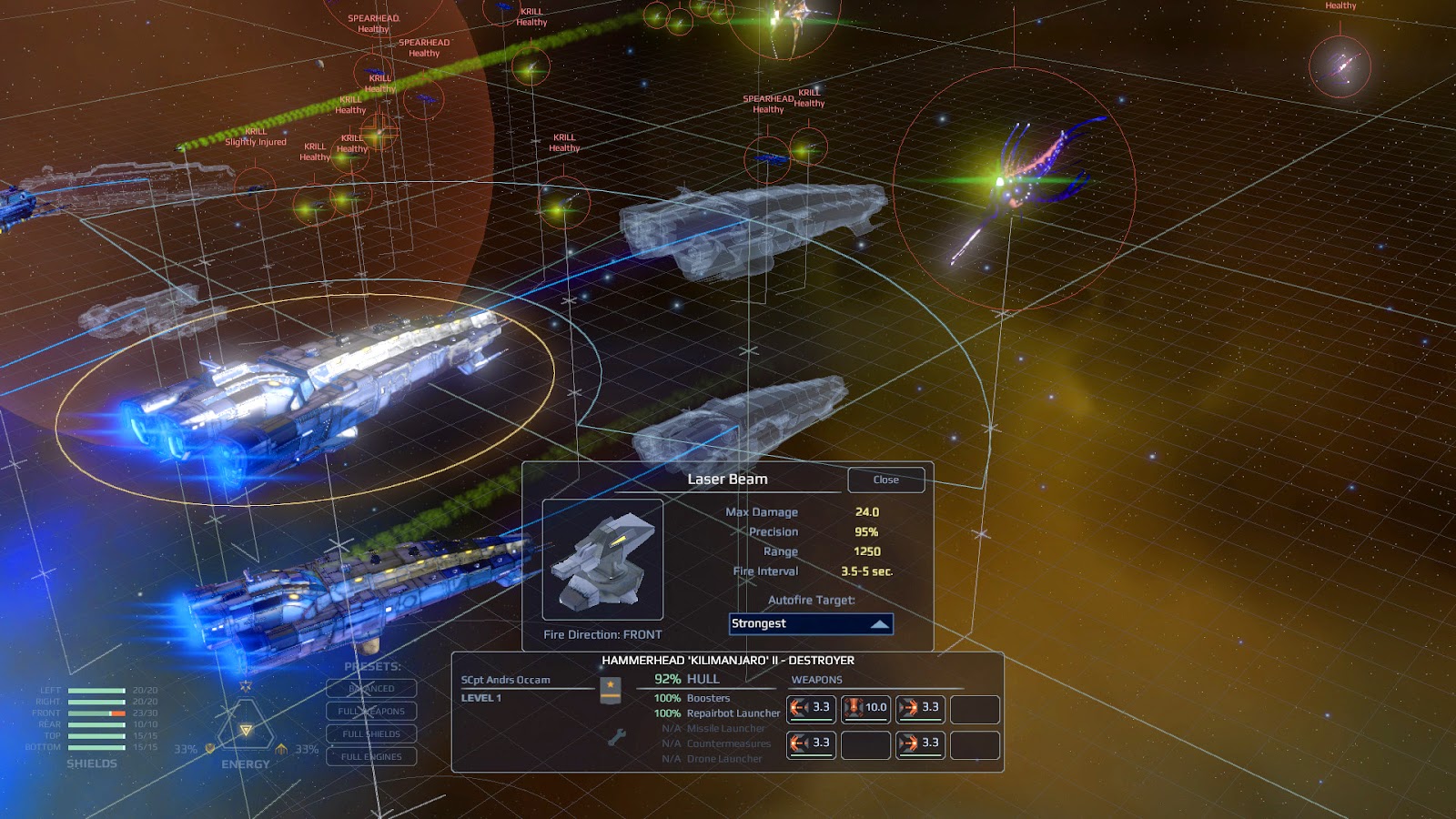 Ship designs in Star Hammer are excellent; each ship is unique, carries some level or realistic design, and each have unique strengths and weaknesses that can help, or hinder, your victory. A few things that really bothered me though was just how small every ship was. Some of the ships are so small compared to the capital ships / frigates that are in game that it is near impossible to see them at 1920×1080. You can zoom in to the map some to get a better look but given there are no indicators following the ships (until you zoom out as far as possible to a tactical UI that does not really show the combat, just the moving parts) it can, at times, be very difficult to locate your various units.

This scale issue, or lack of indicators often led to numerous smaller ships flying off into no-man’s land while the large ships tended to the battles. Another nitpick and could be unique to me, but enough of an issue that I felt it needed to bring it up here. Besides that little issue though, the various ships look great, both ally and enemy, and when they take damage you can see small explosions and puffs of atmosphere the more that a ship is damaged. A very neat little feature that just adds to the depth of the game. 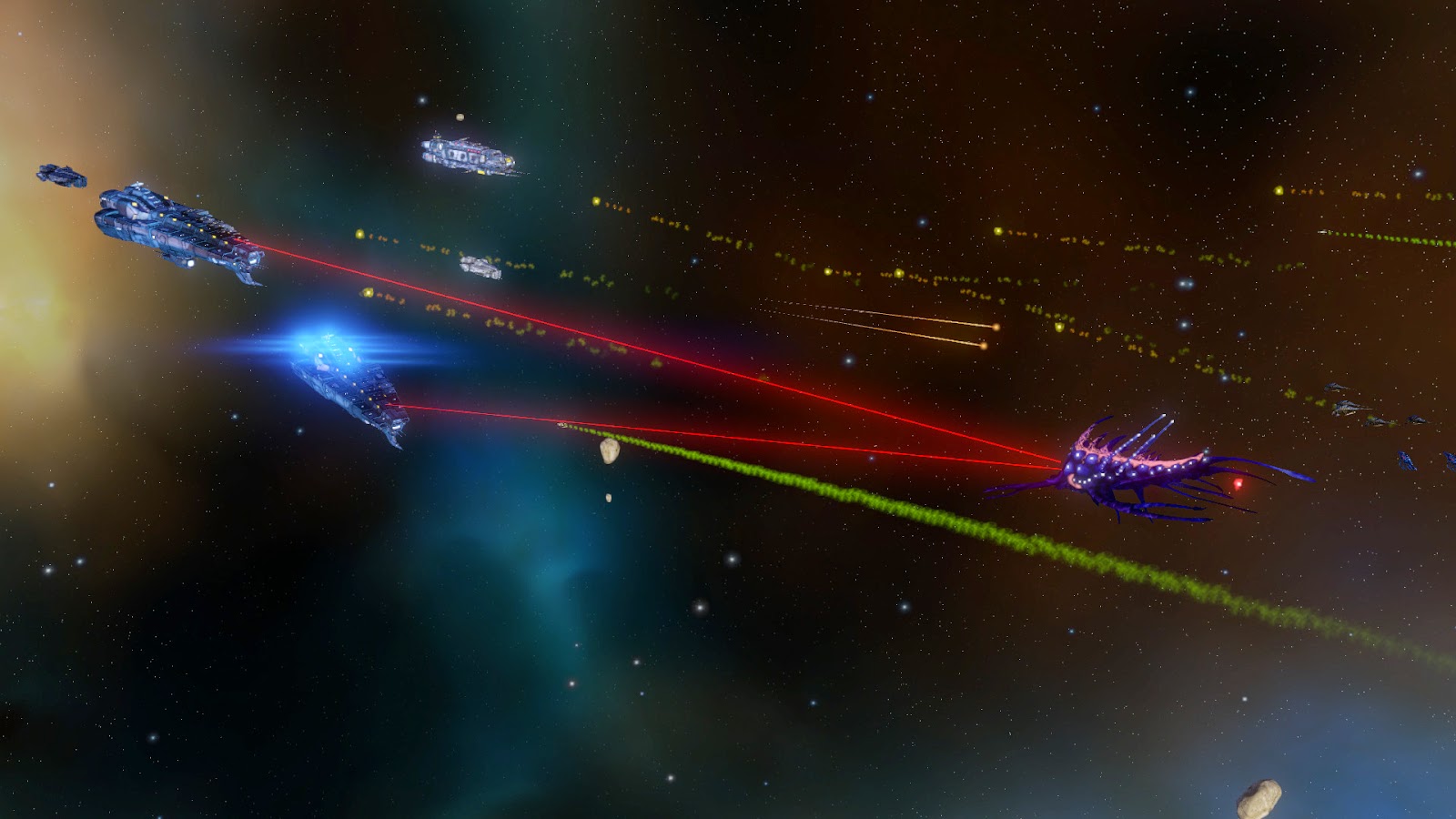 Audio is a bit of a hit or miss with me at times as I am not all that fond of the soundtrack, but beyond the uninspired music the sounds of weapons being fired in space is more than adequate to get the point across. Though I am not all that enamored by the audio, the gameplay more than makes up for it. Being able to plot out your various attack patterns based on each ships pre-determined move distance is a blast. Especially since you have the option to choose both a vertical plane as well as the standard horizontal plane. This led me to often create giant “mits” or “hands” that would see my ships close around a huddling group of enemy warships.

A neat tactic but not a flawless one as combat is always in motion. More than once I found myself closing in around my enemy to find that they simply powered through the center and would swing around to flank me. While the AI is decent it is not overly complicated, though at times it will put up a hefty challenge. I did find that improving the AI a bit, making it a little more challenging, could yield a far more interesting outcome and would stave off the concept of “focus fire on the big guys then move down the line” as a way of winning a skirmish.

Overall Star Hammer: Vanguard Prophecy is a solid 3D tactical strategy title. While it is no Homeworld it does bring some interesting features, specifically the turn-based nature that plays out in real-time, to the genre as a whole. With a bit of tweaking and balancing of the AI, the combat can be challenging on a tactical level rarely seen in RTS titles. For those space-based strategy buffs like me, Star Hammer: Vanguard Prophecy is definitely a title to pick up.