The Incredible Adventures of Van Helsing III finds us at the end of the trilogy. With the aid of our sarcastic ghostly companion Katarina, we have taken out a mad scientist, stopped a General and his rebellious civil war, and must now face off against our once mysterious ally Prisoner Seven before all is lost. 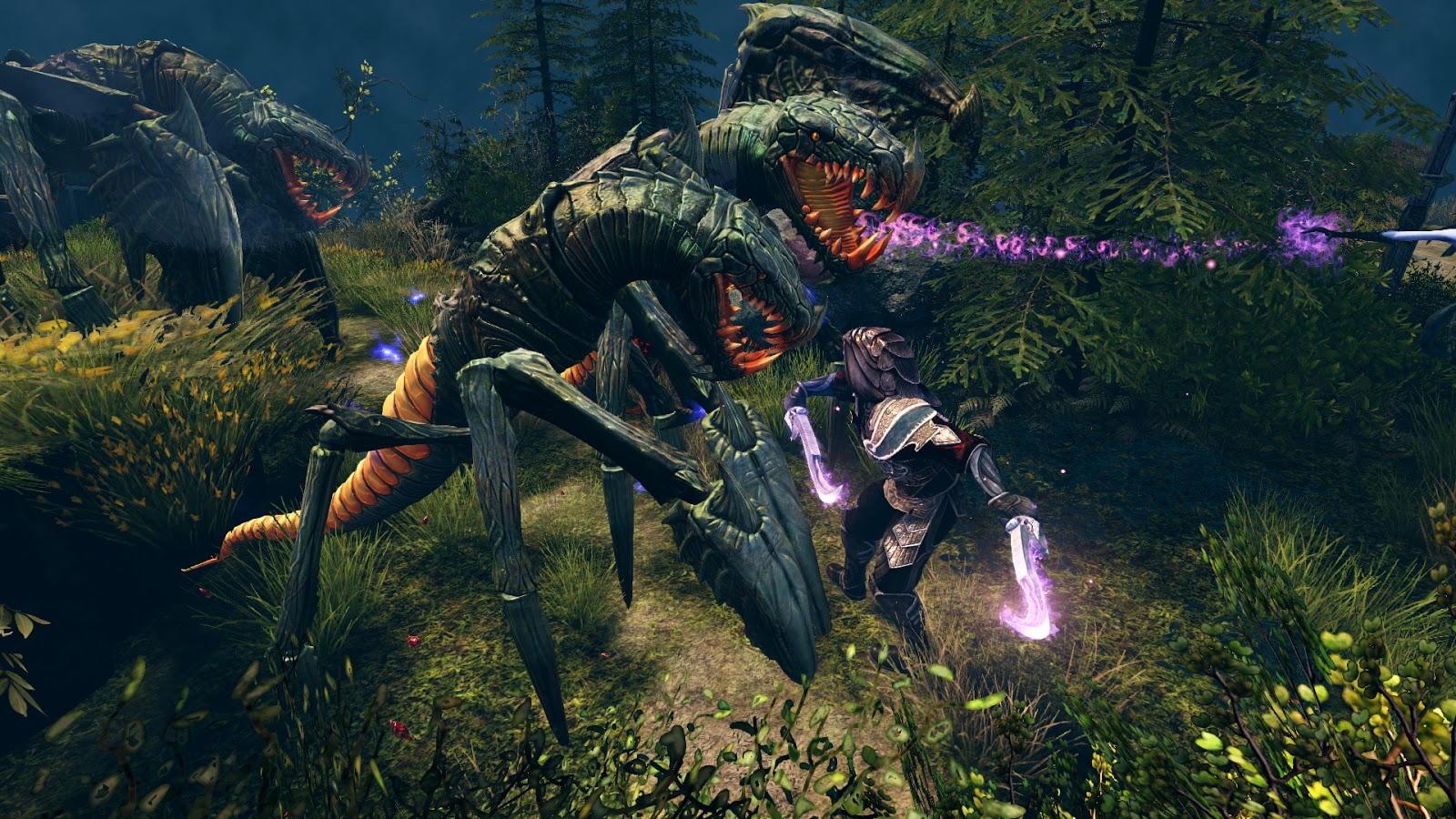 Graphically Van Helsing III uses the same interface as the first two entries with a bit more polish that could be seen within DeathTrap. I honestly much prefer an approach like this than a complete revamp as those can sometimes cause a bit of a discrepancy in the feel between the sequels and their predecessors like Xenosaga had done especially when they are following one another chronologically with the same cast.

On that note however since the original release of Van Helsing, Neocore have always provided different gameplay experiences with the variation in the available classes for each adventure. Originally we set out as set out as a Hunter that could either dual-wield swords or utilize ranged weapons such as pistols or hunting rifles. While simply revamping the original Hunter class could have easily been done, the second entry saw three different classes with another two through DLC which all played rather differently from one another making it quite different in all the good ways from its predecessor. 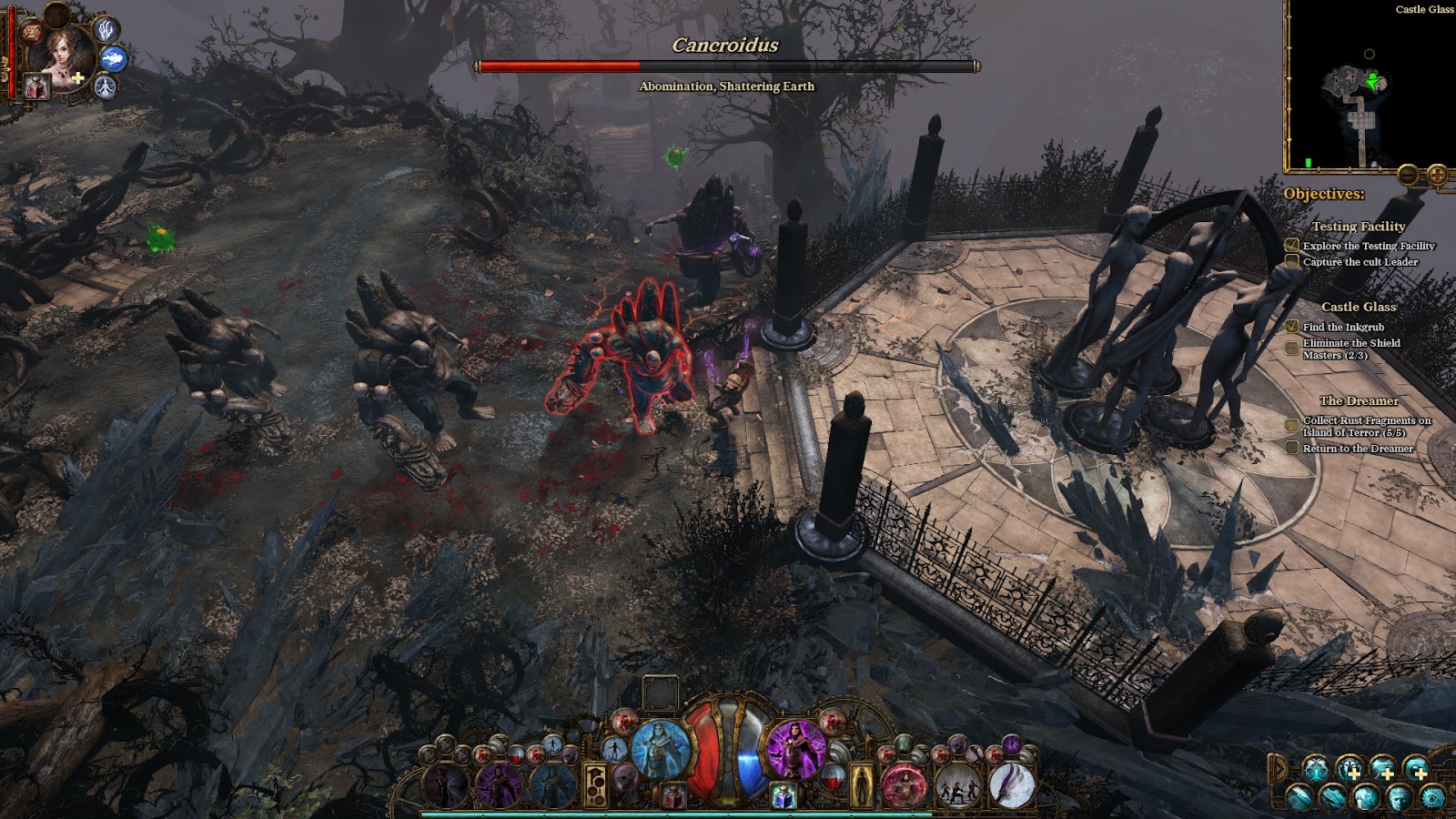 This final portion of the trilogy starts us off with a total of six unique classes that take some nods from older ones. While there could be some similarities here and there, each new class has their own specialties and play styles which are fun to experiment with to find the one that suits the player best. Each of these can seen in action on my WrathOfIII14 Channel as I tried to figure out which one I really wanted to use. Now while Van Helsing himself doesn’t look the same because of some new approaches to monster hunting, the experimentation of classes has always been great to experience as it adds in new gameplay elements and experiences while still keeping that Gothic Steampunk feel that the original set up so well.

As every Hunter knows, new weapons and armours are not enough to take on the hordes that would see us fall into the dust never to rise again. Skills are going to be required and while each class has their own unique skills, the acquisition of them has been changed into something much more intriguing compared to past entries. Van Helsing 1 & 2 had level requirements in order to access the base skills and trees to go along with them. Removing the trees and level requirements for Van Helsing (as Katarina still has her skill trees) there is a freedom that exists allowing for player to play as they see fit within their chosen class. This has truly allowed for a custom build of a class type early on in the game without having to make sacrifices for skills that were only there in order to progress the tree to the needed level. 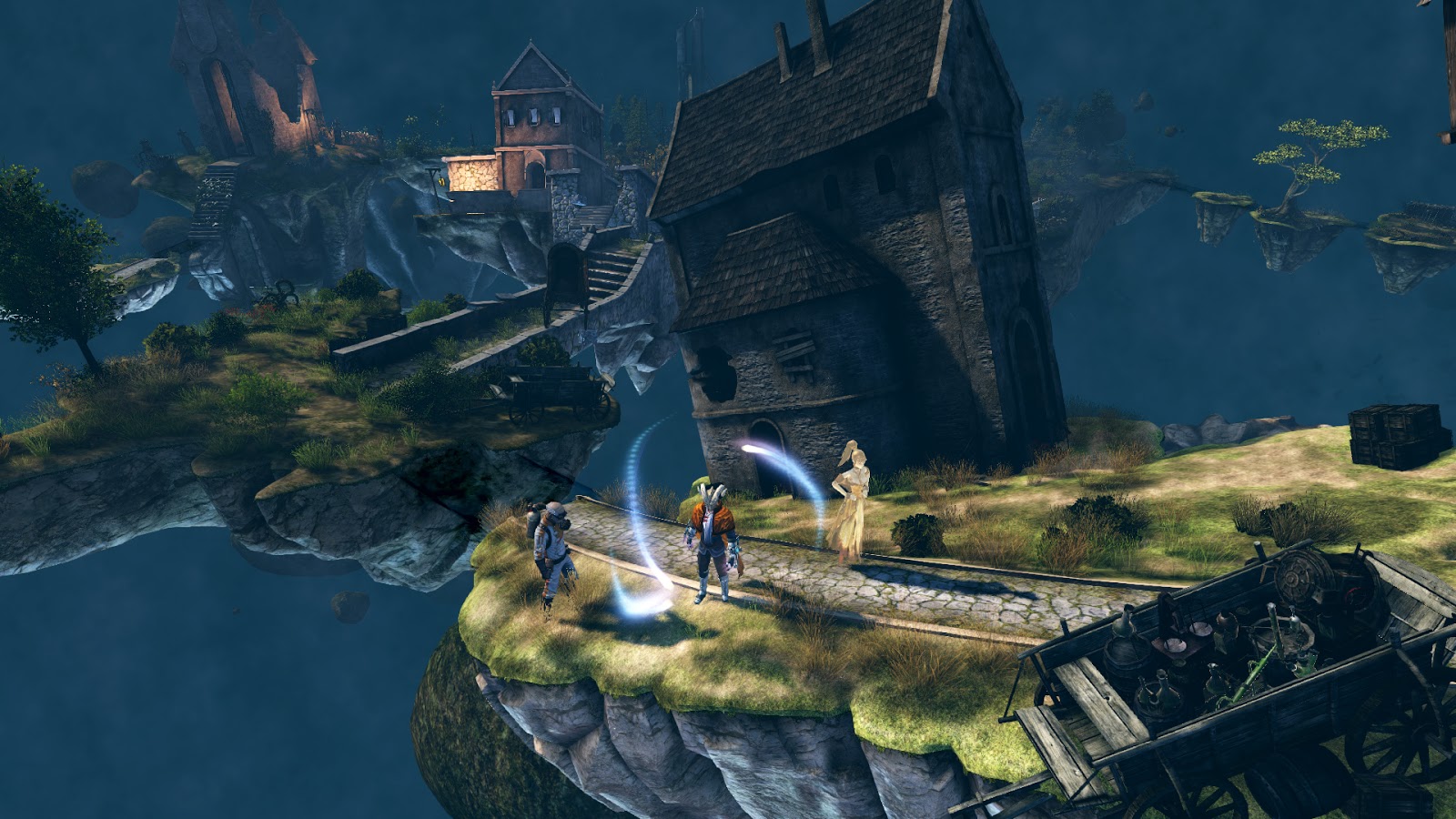 There are “several” returning features for the final entry of the series that are still a pleasure to have to aid in hunting such as:

–    The original caravan members that were rescued in the first Van Helsing are back once again and still living in the lair in order to help out with skills reseting and enchanting of equipment. If a skill doesn’t really work out the way you wanted to, or if you want to try out another one instead, it is nothing more than a simple reset of the points that were already used which allows for them to be placed into another slot for a static gold cost per changed point.

–    The second member from the caravan that makes her return specializes in equipment. Even with their starting abilities there is always room for upgrades when it comes to monster slaying equipment. For an increasing amount of money, any equipment piece can be enchanted or disenchanted to play with an extra bonus that is always a welcome for the ever increasing strength of your enemies.

–    The Chimera, aka Fluffy (yes, that is what I name him), is back. This gigantic hulking beast is available to send out on hunts in order to acquire some pretty impressive equipment. Keeping him fed and happy is going to be important to have Fluffy remain effective but it comes at a cost. Fluffy can only be fed with Essences which are also used for Alchemy which early game these are not very accessible.

–    Using Essences the Alchemist can add them into any piece of equipment that has the capability to absorb them. These can come in real handy as some bonuses are more than worth the gold cost as adding in Dexterity on a ranged characters weapons for a damage boost is always a good thing.

–    The Blacksmith is also back to put old unwanted magical equipment back into use. By adding three random pieces into the forge and a fourth for the shape that you wish for your new piece to resemble, the Blacksmith creates something new that hopefully can replace some of the better equipment that is currently held. This is random and something awesome might not come along very often, but it allows for a better use than simply selling it off for gold. That is the important part.

–    Being the boss has its perks. The Mission Table makes its return for Van Helsing to send out his trusted squad leaders to take care of things that while are just as important as his own mission, are not quite as in need of our Hero’s own hand to take care of things. While squad leaders can level up and learn new skills, they will require troops that can be bought and upgraded in order to battle the evil forces of Borgova and defend its people while Van Helsing chases after his newest nemesis.

–    Finally on the long list of making returns is the always fun and well designed Tower Defense. Keeping with the same formulas seen within the first two entries as well as DeathTrap, Van Helsing will spend his time running around helping out his defenses in order to protect his secret lair and its people from the hordes that would do them harm. 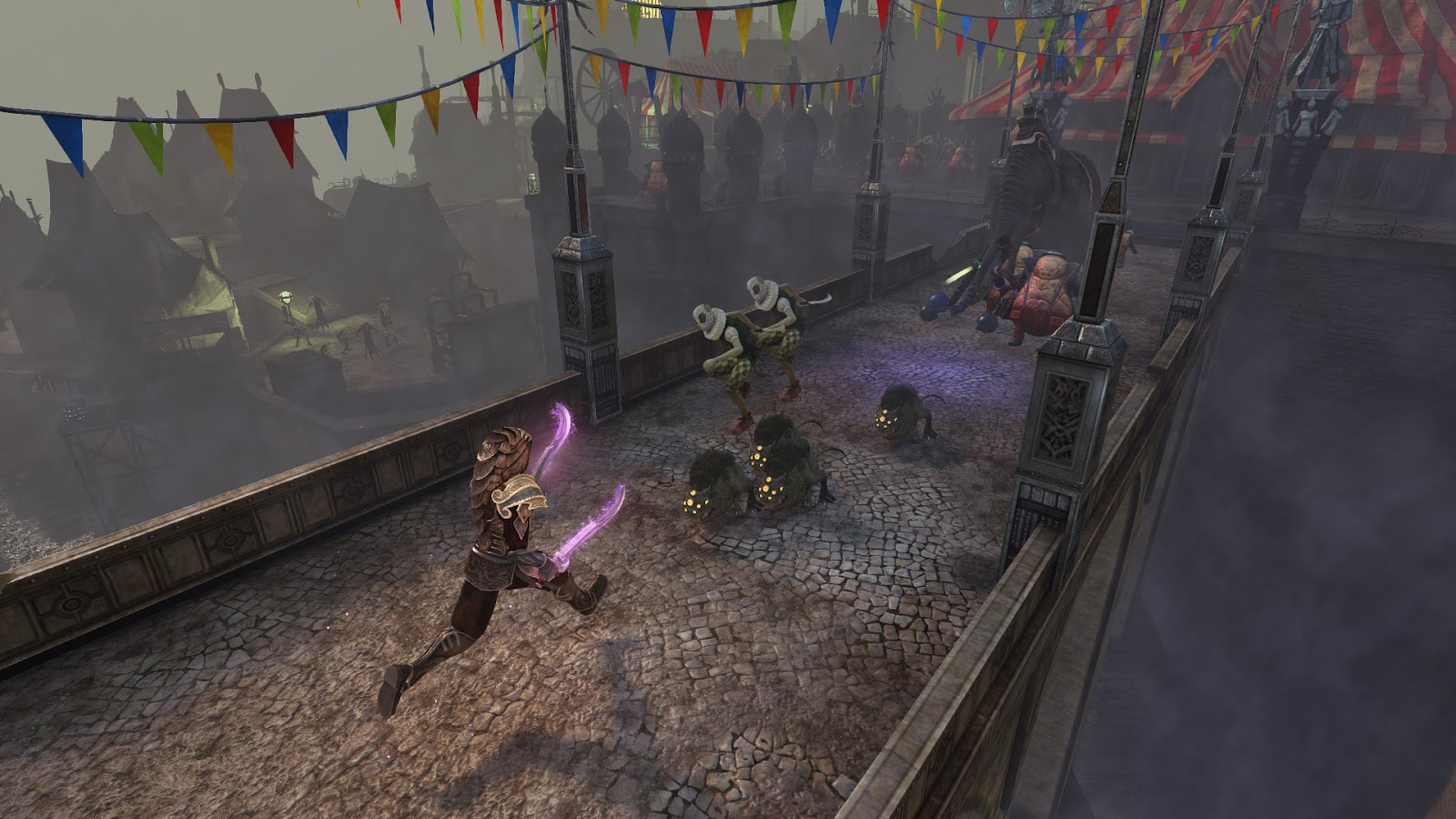 Between everything that is new and keeping what works within the old, the Hack and Slash experience that is provided comes out solid. One thing I noted early on was how much tougher everything felt starting off which honestly was a good thing. Van Helsing has never really been “easy” but neither has it ever been ridiculously hard. Keeping a proper balance is always important to not frustrate anyone and the balance was seen in the form of a Mech running rampant through the hordes of Prisoner Seven’s minions. Seriously though, the mech was freaking awesome. Each class new class has their advantages and disadvantages but they also depend upon the players game style. Steampunk Mechs were mine. Crazy robot builders with large guns was a close second.

The Incredible Adventures of Van Helsing III is an appropriate finale to the series that started out two years ago. Neocore have done a great job with the changes from the first while having a continuous story and taking some chances by mixing it up with various classes and new skills systems instead of playing it safe sticking with what worked in the originals.

Thank you Neocore! I am definitely looking forward to your next works.