The Witcher series first took the gaming world by surprise back in 2007. From a small, unheard of studio (CD Projekt Red) came this roleplaying game that was deep, interesting, and most importantly, treated its players like they were adults. With crafting, alchemy, magic, and a fantastic combat system, The Witcher came essentially out of nowhere and swept the PC gaming market by storm. Fast forward to 2011 and CD Projekt Red releases The Witcher 2: Assassin of Kings. Where The Witcher laid the foundation of the crafting and alchemy aspects of the series, The Witcher 2 not only improved on every aspect of the first title but laid the groundwork for The Witcher 3: The Wild Hunt. As the first two titles were beyond excellent, the highly anticipated third title had a lot to live up to. Given today’s hype-driven gaming world, does The Witcher 3: Wild Hunt live up to expectations? 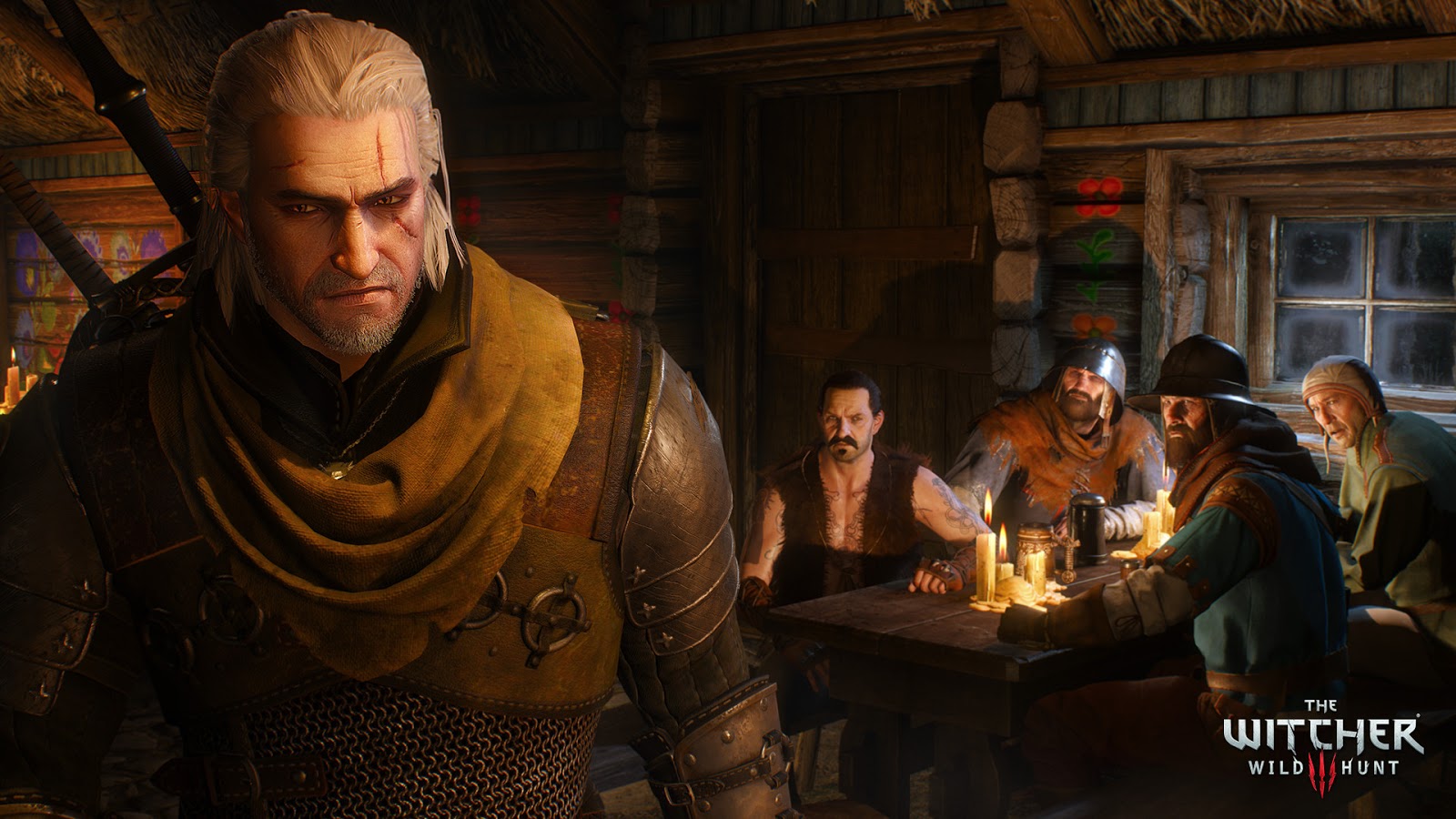 From a sheer story perspective Witcher 3 absolutely lives up to the hype. Even from a graphical perspective it lives up to the hype, though the majority of PC gamers seem to be complaining about the level of downgraded graphics. I personally expect developers to release the best looking product at E3 or various cons only to release a dumbed down version when the game launches. A terrible practice but one that I have come to terms with as a simple fact of life in the gaming world. Regardless, the “dumbing down” of the graphics still makes The Witcher 3 the best looking game on current-gen consoles, far and away better looking than titles like Bloodborne, Call of Duty: Advanced Warfare, or the ever impressive Grand Theft Auto V. The Witcher 3: Wild Hunt is stunning looking.

On the downside though, the graphical glitches are numerous, comical at times though far more annoying. In my 70+ hours with Witcher 3, I have fallen “through” the world a dozen or so times and have had to save, restart the PlayStation 4, then reload the save game a few DOZEN times in a four hour play session. Which mind you, with the abysmal loading times and the massive number of cutscenes you need to skip through, can take upwards of 5 to 7 minutes each time. Add that up and a “four hour play session” actually takes closer to six to seven hours of couch time in front of the TV. That is a problem. A big problem. A problem far more important than the supposed issue with small fonts (which, by the way, I just do not see; I sit 10 feet away from my 55″ Sony TV and have no issues with the font size, nor does anyone that I personally know). Really, The Witcher 3 is a gorgeous game but when character models do not appear, load incorrectly (t-frames floating all over is creepy), or are simply not selectable, well it becomes an absolute chore to get beyond the first few hours. 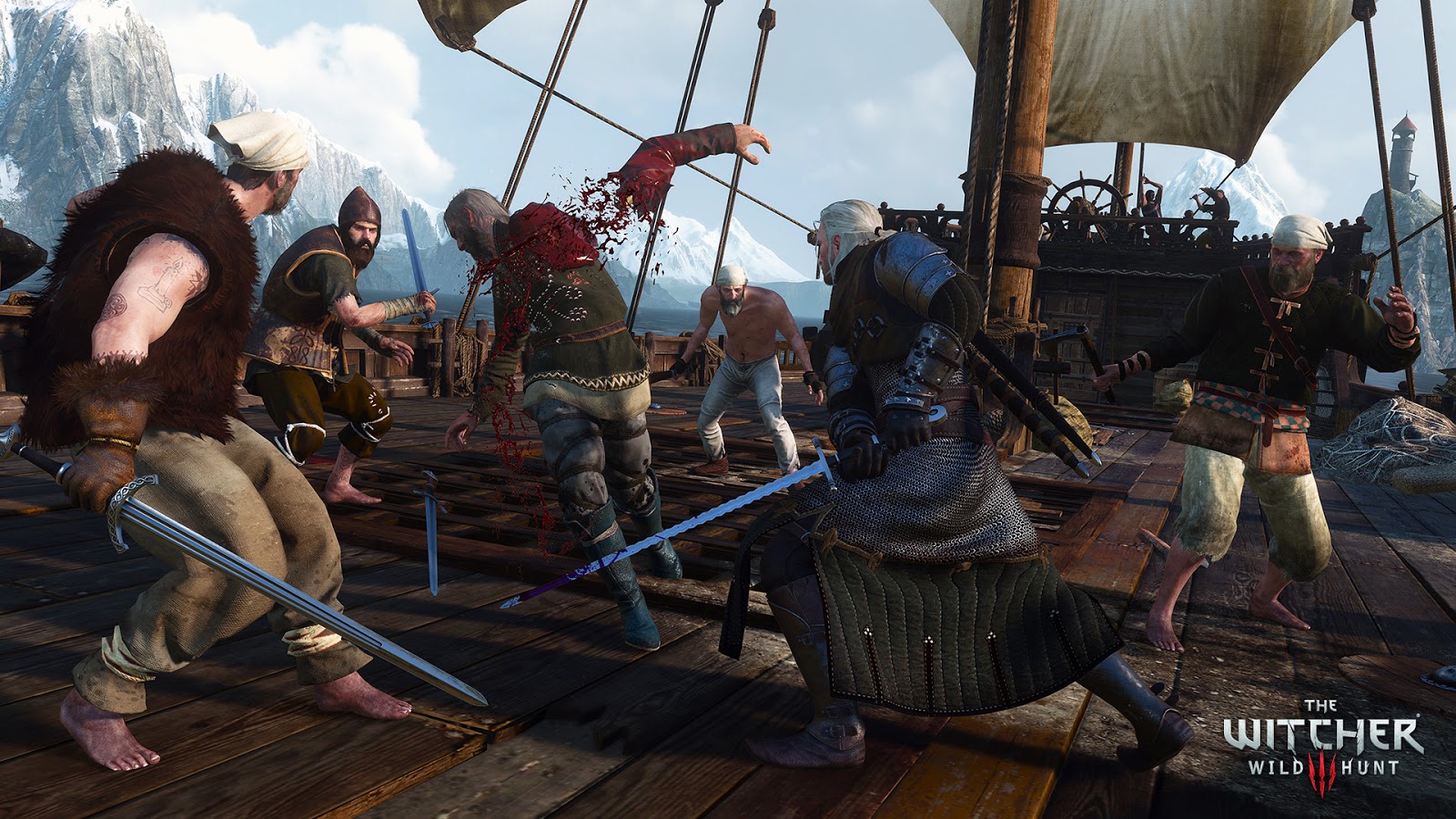 On top of Wild Hunt being stunning the story is fantastic and the side quests are some of the best that I have ever played in a roleplaying game. That is until I run into game-breaking glitches or bugs that cause me to lose 60+ hours’ worth of progression. After 54 or so hours playing I was a relatively powerful Witcher at level 26 with some fantastic Witcher Gear and a boatload of crowns when I took on the quest “The Oxenfurt Drunk.” That was a massive mistake. As I progressed through the side quest I would alternate saving between two save games (given that relying on auto-save will lose you many hours of gameplay if you do not save often) just to ensure I was “safe.” Without getting into too many spoilers though, as you near the end of The Oxenfurt Drunk you will be, well, drunk (thus limiting things like jumping or climbing, which is important to note) and you will come up to the objective (surprise, it is a monster you need to kill).

The monster happens to be one that can go invisible and phase in and out of reality. The problem is that the monster glitched and stuck me in combat. I figured “eh, I will just go someplace that kicks me out of combat so I can rest, remove the “drunk” effect then do some other quests.” Boy was I wrong. I could not meditate because I was in combat, I could not get out of combat because it was a part of the quest chain, and moving on to other quests? Pointless. A number of quests, specifically some of the quests in the main story line require some level of platforming/jumping but because my Geralt is perma-drunk I cannot progress through the game. I am now stuck on the quest and am unable to defeat the monster (due to the glitch), nor am I able to fail the quest and do you know what that means? I have lost that entire series of saves. 55+ hours gone. Because of a technical issue. Unacceptable. 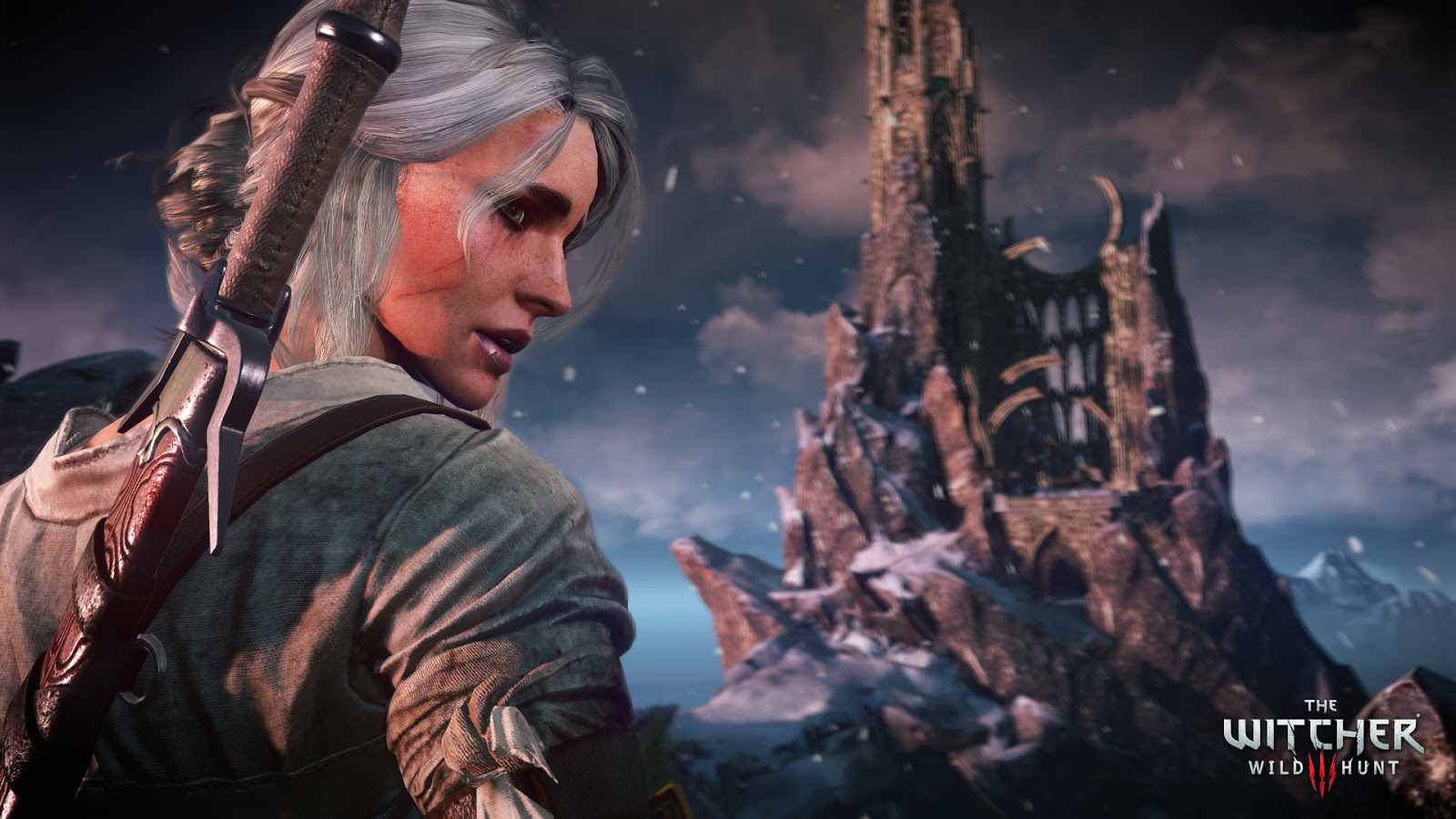 So, after a day of lamenting I started up a second game. This time I knew what I was in store for so I flew through White Orchard and did 100% of the available quests and side quests and moved on to Vizima which took me 7-8 hours of gameplay. I then load into Vizima and deal with the scenes there and while fast traveling into Velen I get the  PlayStation 4 “CE-34878-0” error. Normally restarting the game will get things working again, but every single time I try to load into Velen on that save, I get that error. While CD Projekt Red is aware of the problem and are working on the fix, the workaround is to complete the sidequest “The Mysteries of the Byway Murders” which is fine, except I cannot even get into Velen in order to actually do the quest. That’s nearly another 10 hours gone. 64+ hours of Witcher 3: Wild Hunt gameplay, gone. 64+ hours playing a game that by all rights is a solid game, but the bugs? Man the bugs are literally killing me.

On a more positive note, Wild Hunt has some of the best voice acting and, in my opinion, the best soundtrack available in a game. My copy came with the OST on disc and it is constantly playing in the car as it is simply spectacular. Stunning overtures and anthems mixed with haunting scores set the mood perfectly for the world of The Witcher. Travelling the oft-times serene countryside, whether on Roach’s back or on foot is accompanied by an equally amazing and truly (and I hate this word) EPIC soundtrack really sets the tone for the game. Until your bridge disappears and you fall through the world. On the plus side there is something downright hilarious about endlessly falling, hearing Geralt grunting, all to a sweeping score playing in the background. 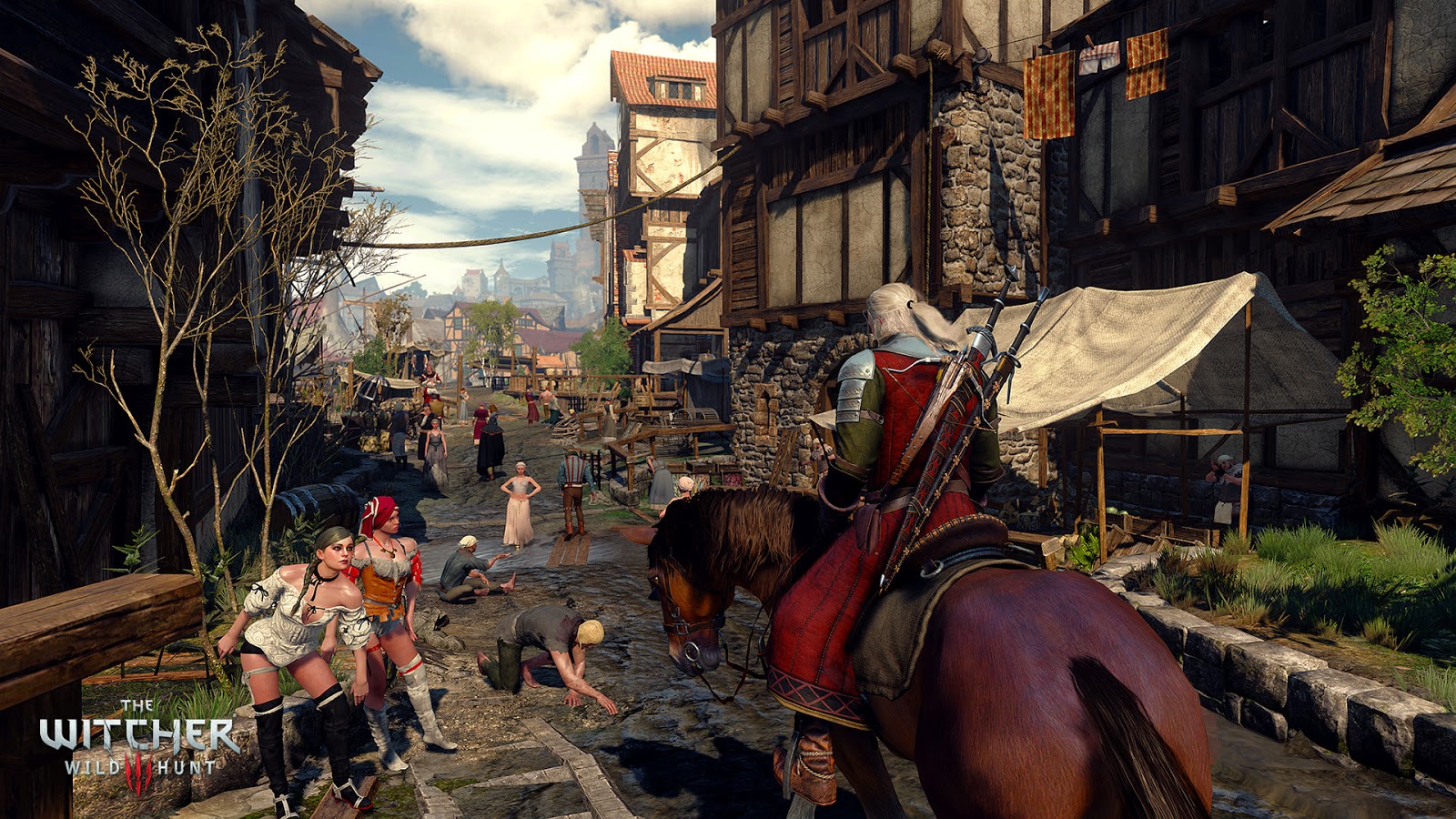 I was so ready for The Witcher 3: Wild Hunt. Leading up to its release I played through and watched Let’s Play videos of the previous titles and I was just ready. When I received the package with the game in it (which came with some fantastic School of the Wolf stickers, a world map, the soundtrack and a steel case) I treated it almost reverently. I loaded it into the PlayStation 4, downloaded a small patch then I entered the world of Geralt of Rivia for one last ride. I loved my time accompanying Geralt through his trials and tribulations but it was all soured and soured badly by horrendous, game-ending bugs. Soured to the point that I quietly packed up The Witcher 3: Wild Hunt and all of its extras, set it on my shelf, and have not touched it since.

As with all reviews here at Chalgyr’s Game Room we review titles based on our experiences with the game, not with what the game “could” be and with The Witcher 3: Wild Hunt my experience was nothing more than an abysmal display of technical issues getting in the way of what could easily have been the Game of the Year.