It has been quite some time since I played a Facebook game for any extended duration. In fact the last time I played one with any degree of regularity was Dragon Age Legends (mostly because I adore just about all things Dragon Age). Unlight is a very different kind of game that was incredibly popular overseas (to the tune of more than two million players) and is now headed to North America. 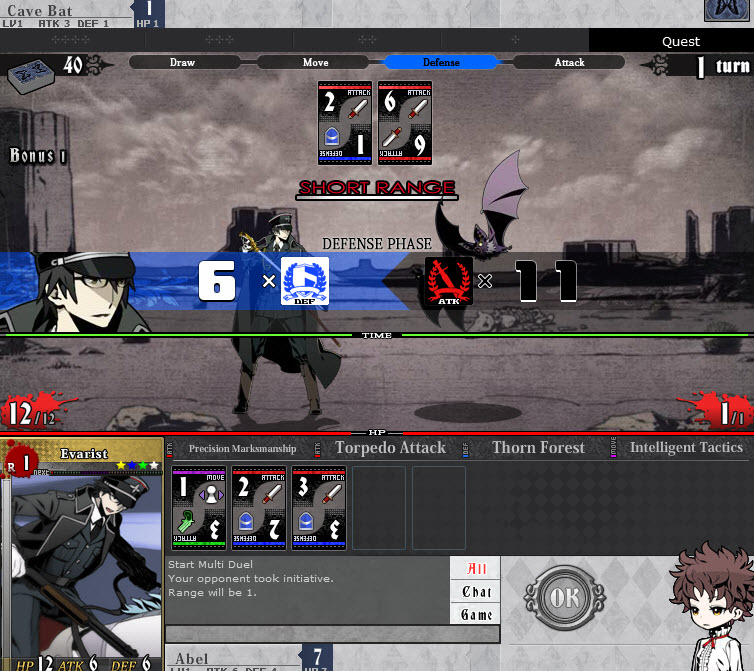 Unlight is a turn-based card game with some collection elements. It is not quite of the same style as something like Magic: The Gathering. You do collect character cards, and these are what you use to play out in battle. Like most Facebook games, you are looking at something that runs as a Flash game and is free to play, but has some monetization options along the way.

The story focuses on The Saint of Flame in the Roaring Mountain. She is organizing an undead army to unleash against the world. You and other players do what you can to amass your own army of spirits – essentially housed in the cards you collect.

I would say my favorite element to the game involve some RPG mechanics, such as cards that can grow stronger through use. With over 200 different character cards available, each one with something of a short backstory. The cards have different statistics such as ranged attacks, melee attacks, defense, movement and special skills. These plus the relatively pleasant artwork help make collecting cards one of the more entertaining aspects of the game. 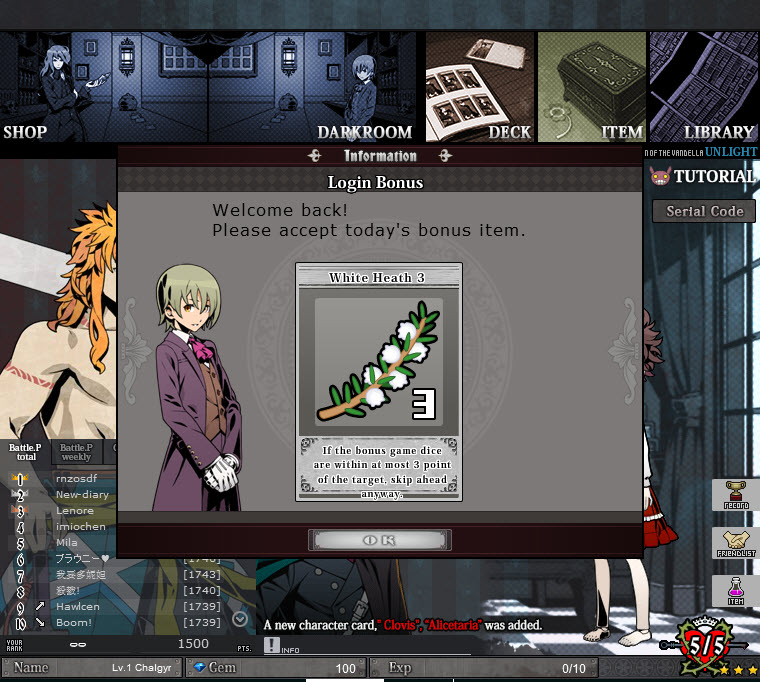 There is a great deal to take in, and the localization is a bit choppy in places. I have to give credit to the team however, who has asked the community to send them screenshots of errors and to keep those reports coming. Based on my early time with the game, the team is rapidly making changes to better the translation process. Another odd point early on is that when I first looked the game up under Unlight English, hitting Play Game actually took me to what appeared to be a French server (it is actually their international server, and it will be renamed in the near future) for the game. However, I did check and this was the proper location for me to play.

Your primary avatar is female, and that makes sense since the majority of the players overseas are in fact female gamers. Once you create your character and choose an avatar card to fight for you, the main interface can be just a little bit daunting. There are several options available and not much actual guidance right at first. Visually everything looks nice, just a bit ‘noisy’ for newcomers. Still, with a little trial and error, I was finding my way around the interface rather quickly. Before long I was in my first fight. 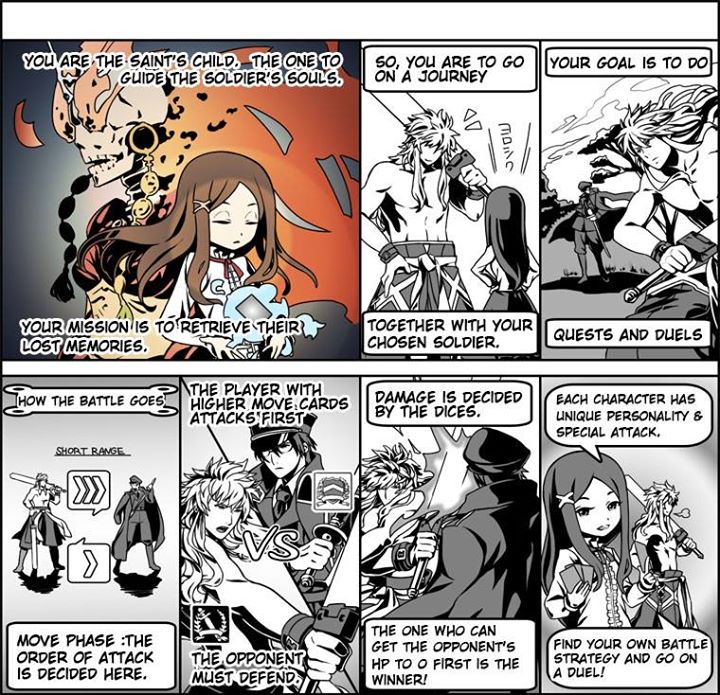 Combat mostly revolves around whether you are attacking, defending or moving. Each character gets cards from their ‘deck’ that randomly play out. You can string them together in whatever order you choose. Some matches took quite long, but that was earlier on. I actually found that later in the game the battles had a tendency to be rather quick. My first battle was interesting. I understood the very basics, but there was a great deal to the interface that simply did not click with me at first. Each card has two actions on it, and you can flip it over as you choose which action you want the card to represent.

You then move your cards into the playing area, and they are executed in order against your opponent, who has likewise doled out their cards. My first battle was a bat, and things got off to a rocky start when its first round dealt four points of damage to my character – or about half of what I started with. Several rounds then progressed where neither one of us did much of anything to one another. The bat then got in one more point of damage, and then the next round I struck and killed him.

Like many Facebook games, there is a stamina (AP) value to keep track of. You can recover one point every half of an hour. Early on, that lets you play for a pretty steady length of time, though later in the game when your max value is higher and so is the cost to do things, you might be tempted to use something like a Fairy’s Potion to restore it. Items are Unlight’s primary method of making money, but it feels like respectable progress can be made even if you choose to play for free. 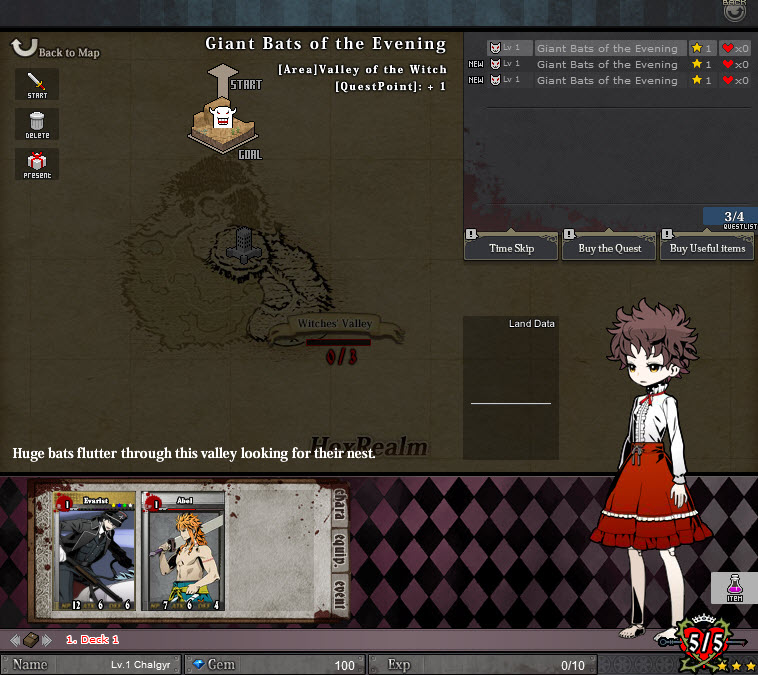 While there are player versus computer AI opponent matches to be had, there are player versus player options too. Originally I struggled to find matches, but as I put on levels and more people began to join the servers, it became easier to find matches. These almost always are going to favor those who spend actual money, I suspect. There are some items that simply improve your odds a great deal – especially the avatar cards.

The combination of turn-based combat, card collection sprinkled in with RPG elements actually gives Unlight a good deal of content to keep players busy. I find it hard to sit down and play a Facebook game for any length of time anymore, but this one I have come back to often enough that I feel confident in saying it has enough substance to keep players busy for a good while. It might not replace a console or handheld game on your phone or PS4, but if you are prone to playing Facebook titles, this is one of the meatier offerings out there currently and worth a look.