comments Share
You are reading
Adventures of Pip – Wii U Review

Indie titles are often plagued with sprite graphics, and I use the word plagued in the most reverent way; being a huge fan of them, but The Adventures of Pip takes that ball and runs in an entirely different direction with it.  The smooth sprites in this game leave you feeling quite out of place at first, being a single oversized pixel in a hi-res game world, and indeed, the townsfolk are quite ressist (prejudice against lower resolutions) to further drive this point home.  The beautiful princess is kidnapped, however, by the evil (more of a radical freedom fighter in hindsight) witch that most stories like this have. 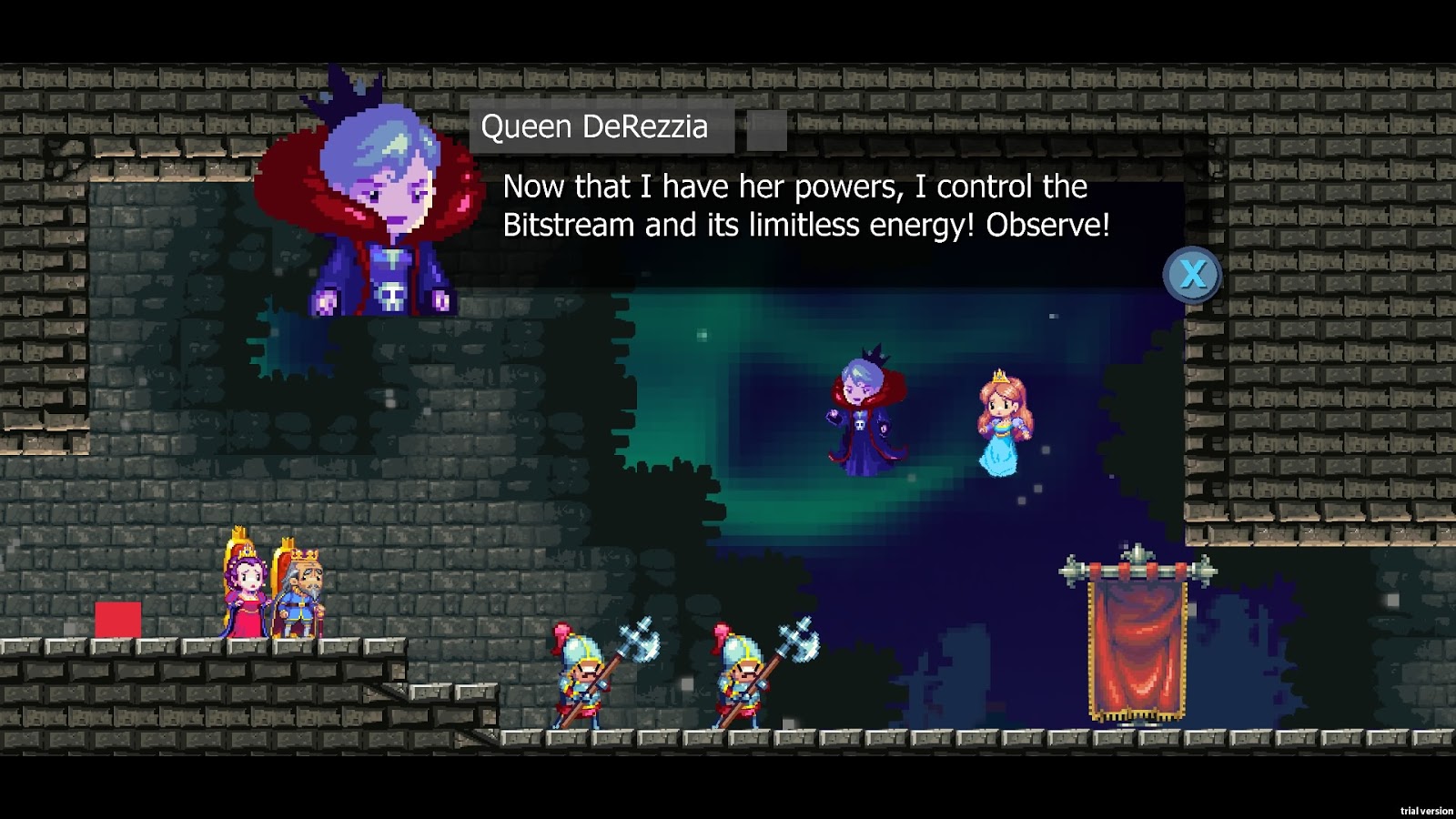 Our brave hero-pixel, Pip, chases off after the evil witch like any good hero would, and throughout the course of the game, gains the capacity to tap into the bit stream and upgrade his resolution after felling enemies with a blue glow.  The first upgrade makes you a boy with a forward attack in the form of a punch, much faster movement capabilities, wall jump, and snazzy SNES-era graphics. The second makes you much heavier, and hi res, upgrading your fist to a full-fledged sword that can chop through special barriers.

The game is a puzzle platformer more than an adventure platformer, in that you are presented with time insensitive challenges that typically revolve around selecting the right form for the job and either upgrading or downgrading your resolution as necessary, sometimes while dangling over a bottomless pit of doom.  There are three villagers to rescue in each level, and completing the game will have you sliding against, running into and bonking your head on every single floor, wall and ceiling you can reach through some of the most convoluted means imaginable, but because of the quantity of the collectables, it gives people like me, with a touch of the OCD, something to really grind out. 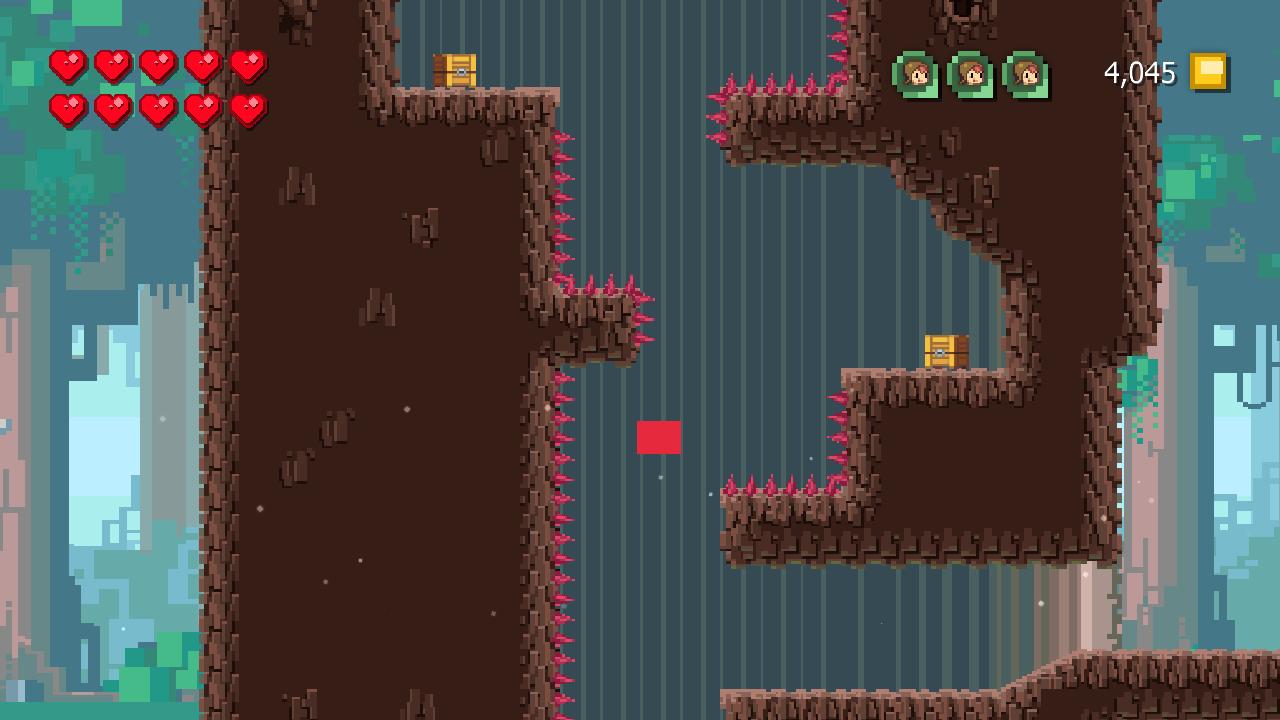 The Wii U port of this game doesn’t seem to have any new functionality, but I will say that the option to play on the gamepad without tying the television up (Netflix/Crunchyroll cannot be interrupted) is certainly a benefit, as well as having a proper controller to play with.  I tend to do much better with platformers when I’m not relying on keyboard gameplay, having grown up with a rectangular NES controller-shaped indent in my hands and callouses on my thumbs, but this game is not, by any stretch, challenging at any point.  That didn’t make it not fun, it just meant I didn’t want to throw the gamepad at the window.

The Adventures of Pip boasts some great music, music that makes you feel like you are actually on an adventure, and does not repeat too frequently or annoyingly to where you even consider muting it throughout the course of a 100% run.  On the topic of the 100% run, though, after collecting all of the villagers, I beat the last boss again only to find the exact same ending, as far as I could tell, and neither the town nor my save file sported a shiny golden star or extra villager thanking me for my deeds. 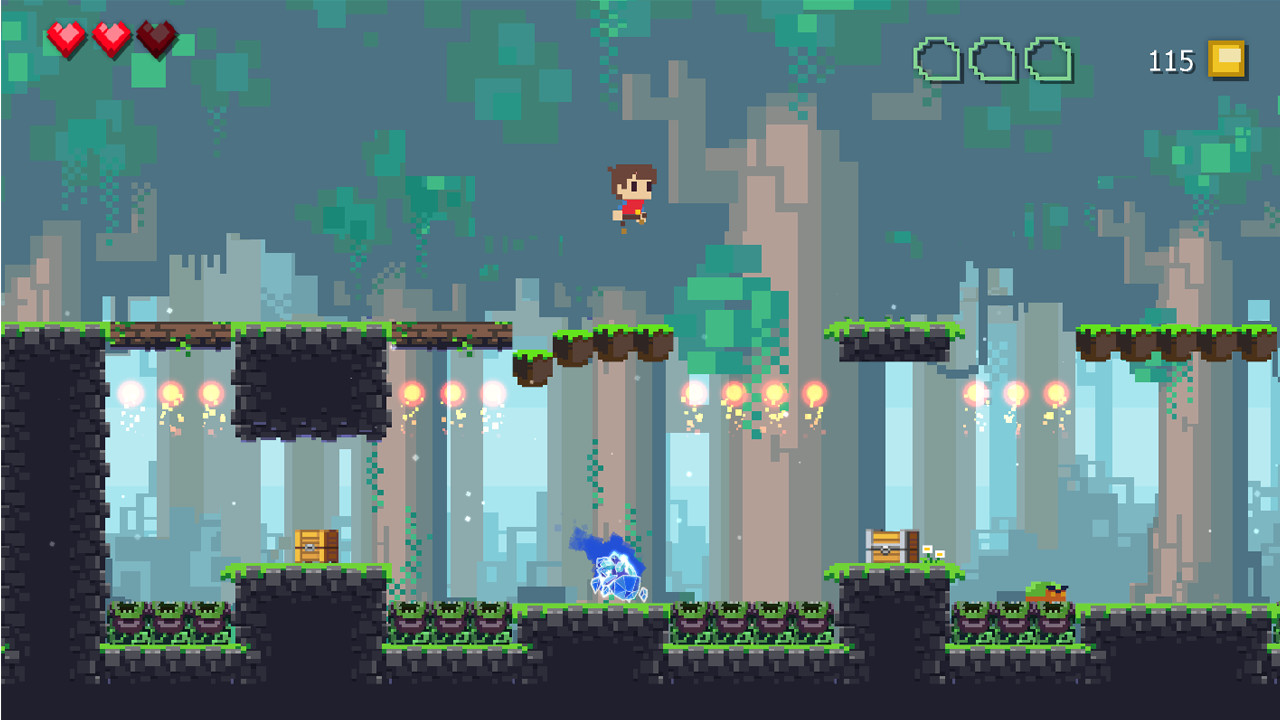 I suppose I am likely just spoiled by the age of games where collectibles actually serve a purpose other than just bragging rights, but I was quite let down with that discovery nonetheless. Many games, even retro throwback titles like this, have a bit more purpose for these kinds of things. I know that is not always the way of it, but it would have been great to see these have some sort of tangible impact on the game itself.

You’ll get about a solid weekend-day out of this game, and it will be thoroughly enjoyable for those hours.  I think the title is good value in terms of both time and entertainment per dollar, but your mileage may vary.