There have been a bevy of retro-inspired video games of lately, especially on Steam. Some fare better than others. There is a fine line between paying homage to a classic game and aping them so closely that you lose all sense of originality. Cast of the Seven Godsends actually finds a pretty solid balance that will remind gamers of classic action platforming titles like Mega Man and Ghost ‘n Goblins on the NES. 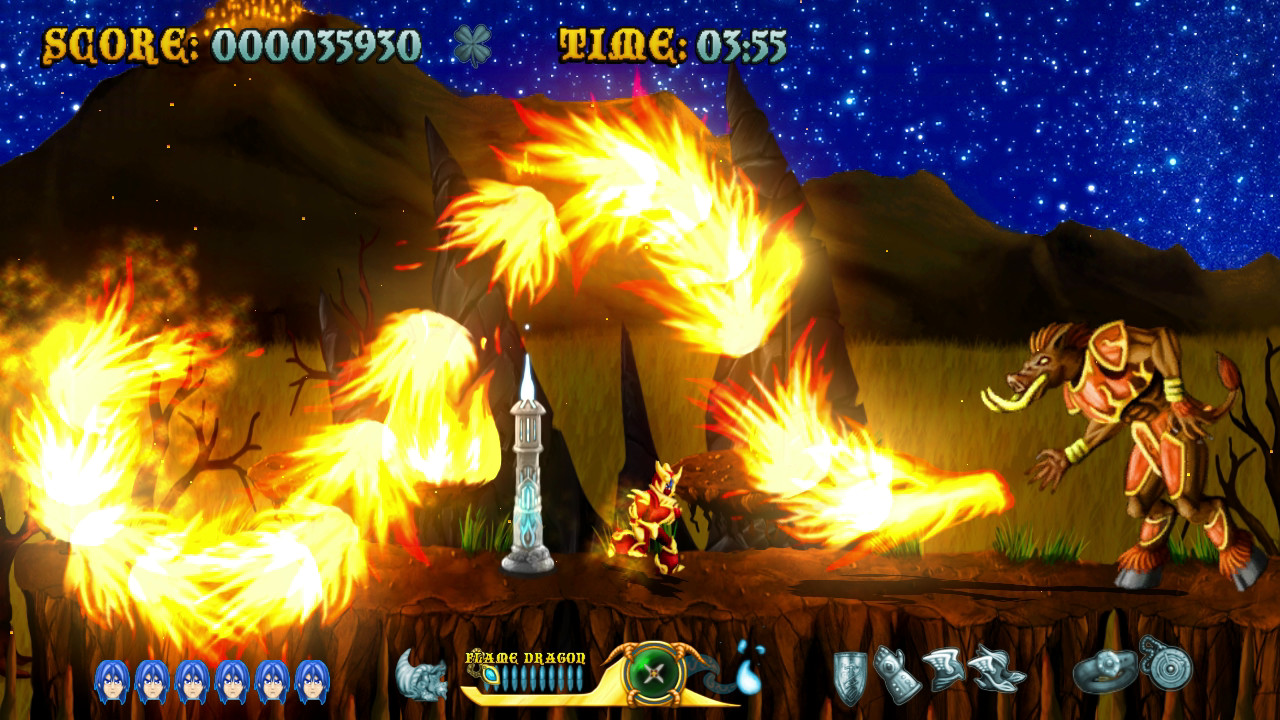 I never found the Mega Man games all that difficult, but Ghost ‘n Goblins was another matter altogether. For some reason, that game and I just butted heads for weeks. Keep in mind that this was a time in my life when I was renting video games over the weekend and generally beating them by Saturday, let alone Sunday when they had to go back. Those were in many ways simpler times with shorter video games – but the learning curves, loss of lives and the inability to continue infinitely made victory much harder to come by.

Cast of the Seven Godsends certainly has some of that challenging flavor in its DNA.There is an easy mode that is by all means ridiculously easy, but that is clearly not the way that the game was meant to be played. However, hard is certainly a proper – almost infuriating challenge that should feel right at home with fans of those classic platforming games. 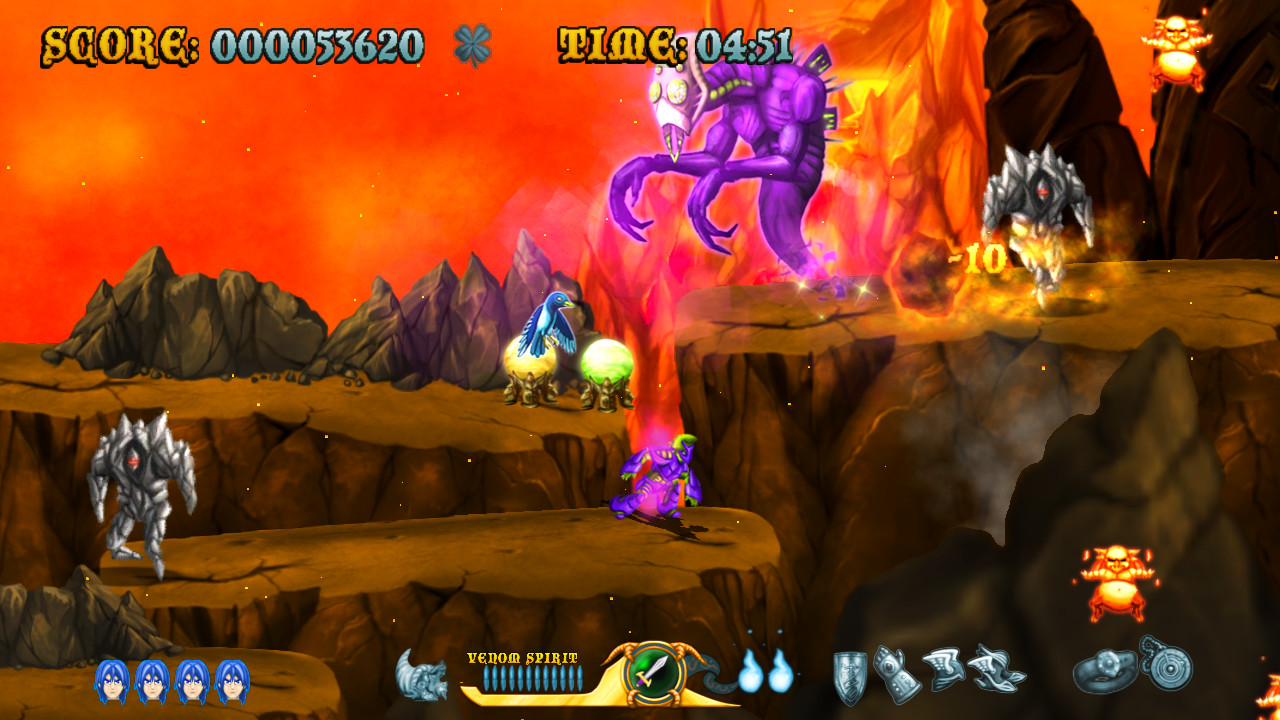 Thankfully the controls are very tight and responsive. I would certainly recommend a controller over trying to use a mouse and keyboard, but even that interface holds up surprisingly well for this type of game. Still, use a controller – one with a directional pad. Trust me, you will thank me later. Enemies have occasionally odd spawning patterns that feel cheap – especially when they appear almost right on you. I am okay with memorizing patterns to navigate, but that part of the gameplay could have used some fine tuning.

The presentation here is something of a mixed bag. The music and sound completely underwhelmed me. Additionally, the grammar is just poor. I am not sure if this is an intentional throwback to the old NES days where games often saw sketchy localizations or not, but it is mildly distracting in this day and age. The graphics are outstanding, with one caveat – the uneven framerate. I loved the in-game animations, from characters to the colorful backgrounds (character portraits do not hold up quite as well). However, the framerate dips more often than a modern game should. That in and of itself is not necessarily a deal killer with many games, but here Cast of the Seven Godsends is a precising, timing-based title that sometimes suffers due to these fluctuations. 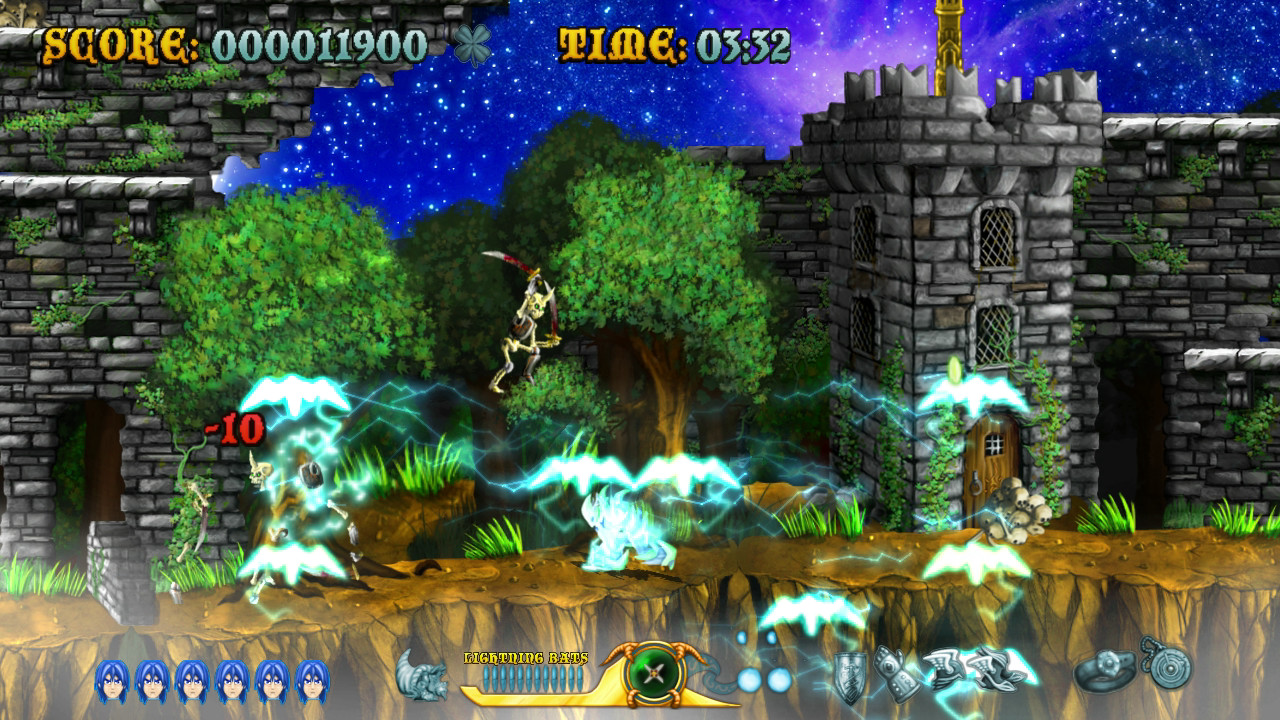 What about the game itself? There is a clever mechanic that lends itself to the game’s namesake. Your armor can transform into one of the Seven Godsends. Each variation of the armor has with it different capabilities depending on your weapon of choice at that moment. This puts a unique spin on weapon choice and how to approach some of the levels. Having the armor impact your secondary skills is a nice touch that on the surface is similar to a secondary weapon in a game like Castlevania or Ninja Gaiden, but its execution actually feels unique.

Cast of the Seven Godsends is a solid throwback to classic platforming action games. The framerate could use some evening out, the music is not the catchiest and a spike between easy and hard difficulty is pretty extreme and could have benefited from a more middle ground setting. Despite these flaws, Cast of the Seven Godsends does a lot of things right, with a unique twist on the different abilities your character can use, fun visuals and gameplay that is challenging but usually fair. Definitely worth checking out for fans of NES/SNES era action games.