I first caught wind of Dex while browsing KickStarter some time back and was immediately interested in the title as it is a cyberpunk 2D action RPG and I am sorely starved for games that are cyberpunk. For such a rich and interesting style, cyberpunk is a sorely underrepresented concept in gaming. As Dreadlock’s development ended and Dex was released I just had to get my hands on this game, as it appeared to be highly influenced by one of my favorite anime franchises of all time, the Ghost in the Shell series (heck, even the main character could be a relative of Kusanagi Motoko). Now that Dex has been fully released and I have had plenty of time to spend running about in this giant open-world-esque 2D action RPG, here are my thoughts. 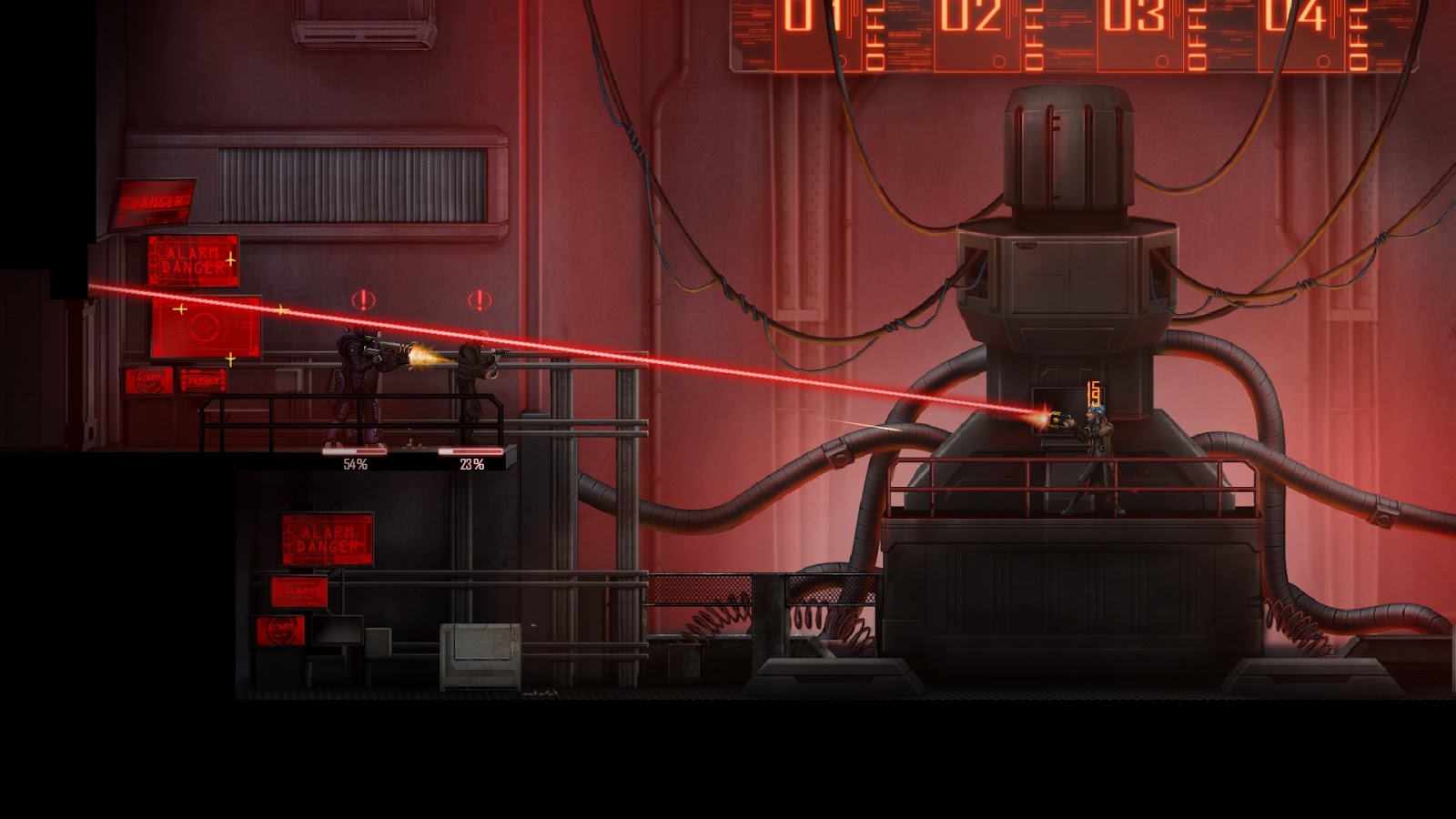 Graphically Dex feels like the perfect blend of Ghost in the Shell and BladeRunner. Plenty of dark and dank areas with a lot of neon and a ton of moisture so the aesthetic made the game feel suitably cyberbunk-y. The pixel-art style is attractive and fits the style of game that Dex is perfectly, though I do wish that there was some sort of lighting effect to help create a bit more of a dank mood, but that is more personal preference than anything else.

Given its art style, Dex runs smoothly and suffers from no real framerate drops (the one time I noticed any sort of dropped frames was not Dex’s fault, but rather Steams fault as it decided that it was the perfect time to do a massive update to Elite: Dangerous).

I have to commend the studio for some solid voice acting; in a recent trend it seems to me that the smaller studios are the ones that are really putting their muscle behind having the best voice actors that they can find and there are relatively few instances in Dex where I felt that the voice acting was not up to snuff; in truth it is better than what comes out of some triple-A studios. 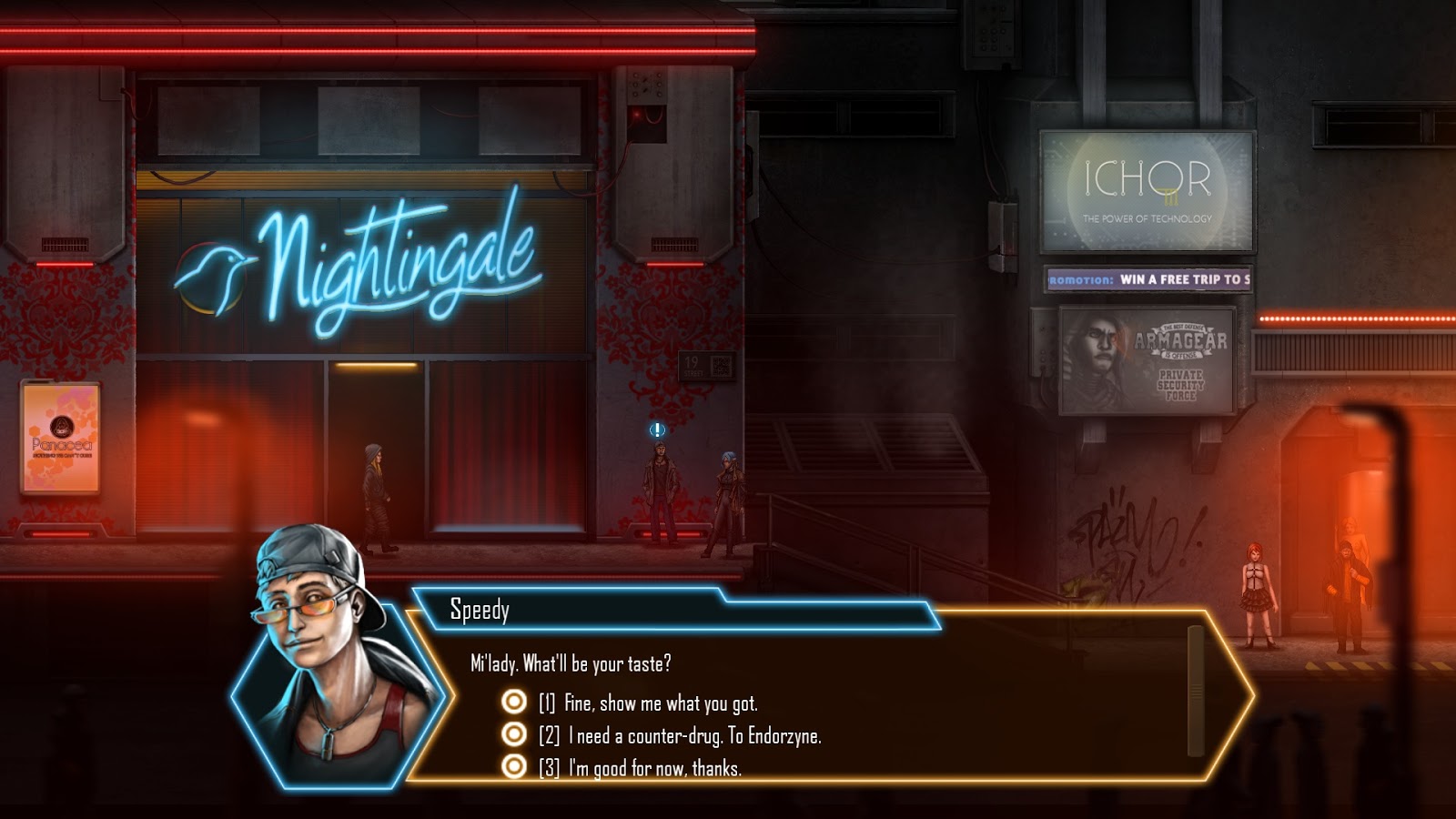 Where I was a little let down was the lack of depth with the ambient audio; outside of the suitably solid soundtrack, the world’s environmental effects seemed to be lacking something, though I could not quite put my finger on it. I believe it is that there just is not much going on outside of what you are immediately doing on screen and in this day and age having more complex background audio can go a long way. Outside of that ever gunshot or punch or explosion fits well with the overall appeal of the game.

While Dex is an action RPG I felt that it played more like a 2D brawler akin to Final Fight or Dungeons & Dragons: Chronicles of Mystra but with more skill progression. That is not a bad thing though, as the combat is both fun and interesting and can be handled in various ways. You can build your character up to be one who excels at augmented reality (cyber/hacking), brawling (melee combat) or ranged combat, or you can go in as a jack of all trades and build into each particular tree. One thing I was not expecting was the ability to hide behind cover to allow patrols to pass by so you can either bypass combat completely or you can set up ambushes for stealth kills. A surprising and welcome concept to an otherwise atypical side-scrolling brawler. 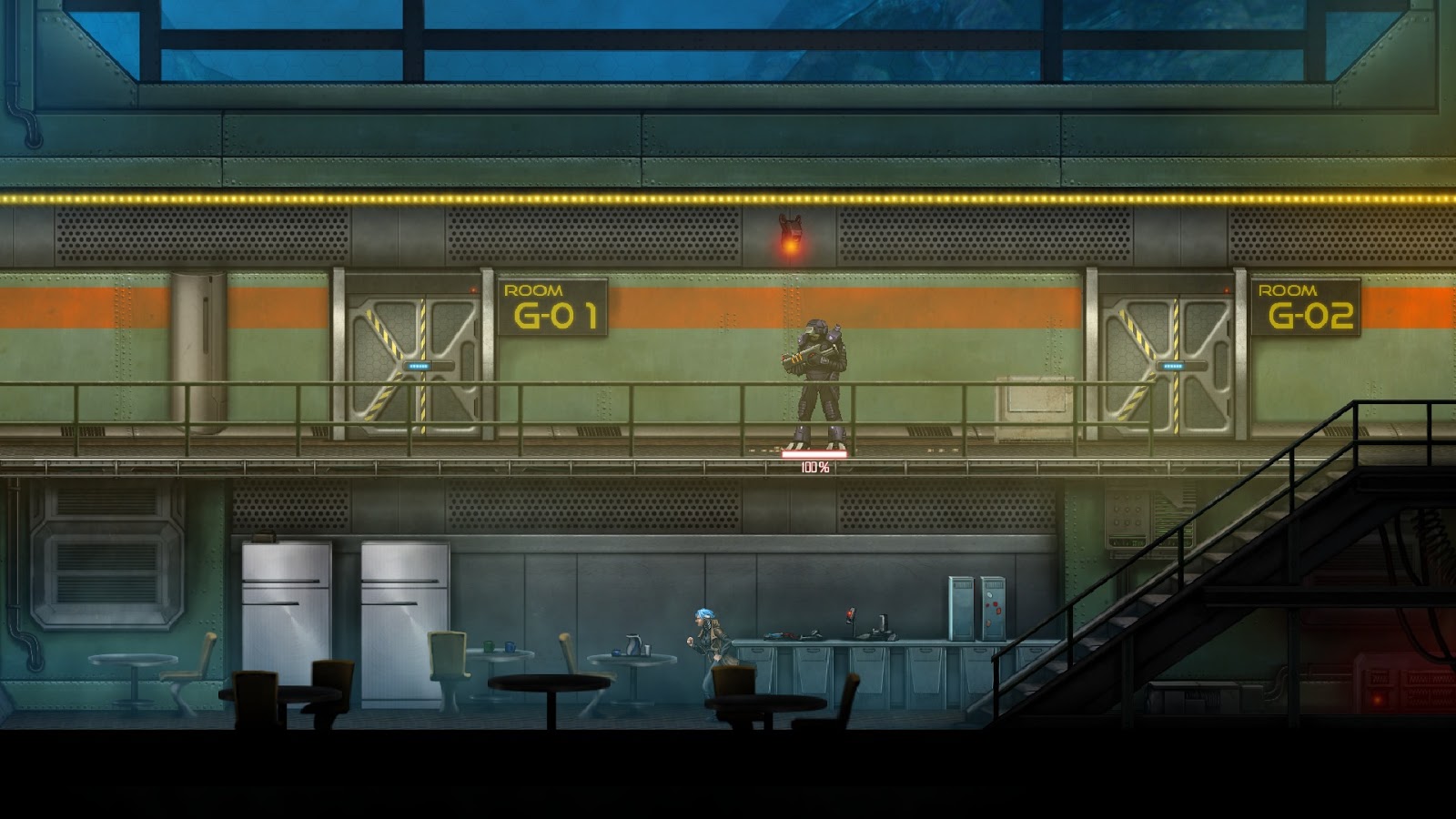 Throughout the game you will have the opportunity to take on mercenary missions for cash which is what the majority of the side missions are, or you can power through the core story (or mix it up) and in both cases you will come across plenty of challenging moments, whether it is because you are hacking various elements on screen or you are hiding from patrolling baddies, or you are in a standup fistfight with cybernetically enhanced soldiers.

Dex is a unique and solid title that offers something new and different in the side-scrolling world and whether you choose to specialized in melee, hacking, or ranged combat, you will have a blast playing through this wonderful little cyberpunk RPG.