comments Share
You are reading
Golem Arcana – Urugal: Reapers of the Sands – Tabletop and Board Games Review

Roughly a month ago, I reviewed the Golem Arcana Base Set after playing it for quite a few hours with Chris. Then last week, I took a look at the recent Zikia: Heralds of the Great Weald expansion. Another expansion we had the opportunity to kick the tires on was the Urugal: Reapers of the Sands kit. Similar to the Zikia one, the box comes with three different sized golems, each with their own unique traits, and a quartet of relic cards to be scanned into the application as well.

At a glance, I suspect all of these expansions will be somewhat similar to one another. The build quality has been universally excellent in my experience, all of the pieces play nicely with the application, and they come with similar parts. The Urugal set has three golems of different size and four new relic cards to try out.

If you have not read my prior reviews on this game, I suggest clicking on those pretty hyperlinks in the first paragraph, as they will get you started. The Base Set review in particular explains how the game works, and if you are looking to compare and contrast the expansions, I tried to break the Zikia one down in some detail. In fact, that is where these expansions will likely differentiate from one another – in how the game mechanics play out.

The Zikia set had a very prominent nature theme in both the character design and coloration used. This also showed up in some of the attacks, such as venom or acid – common themes from green decks in Magic: The Gathering for example. 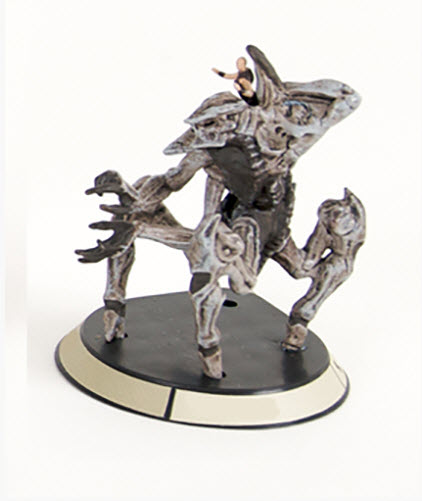 This time I will start with the relic cards, which continue the undead theme. Agka’s Greathook drags opponents across the battlefield while the Bronze Mirror of Sudura-Valli sucks manage from your opposing golems. This one I found particularly helpful as it not only improves your ability to cast potent magic spells, but hinders your opponent’s ability to store up for bigger and better blasts of magic as well. Tarmoud’s Codex lets the equipped golem deal out increased damage for a limited time (handy for making fast but weak smaller units into more dangerous strikers) and the Folly of Vashtu, which makes it easier to call upon the Ancient Ones.

Like all of the expansions, you need the Base Game to play this. The game revolves around a stylus and an application as well as a game board and markers. This blend of physical board game with a video game is very addicting, and while the Base Set does everything you need it to – Chris and I found that it was somewhat limited without getting some expansions. Clearly this was part of the Golem Arcana monetization strategy, and it makes sense. This could become something of a financial rabbit hole if you continue to invest in it, but the game really does open up wonderfully when you have additional units to work with, which makes the strategy far more compelling than when you have only three units for each side and no relics to work with. 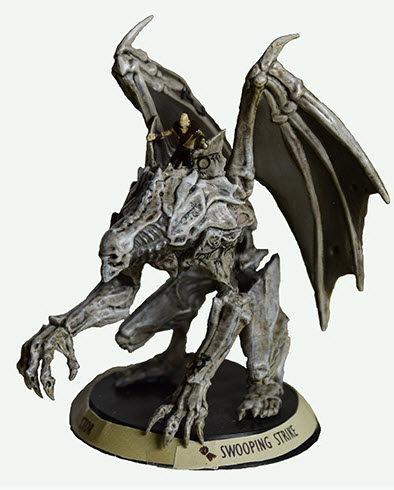 As for your three new golems, they again come in three different sizes. The Necrotic Fencer is the most nimble one. Accurate and quick, his limited hit point value (50) makes him somewhat prone to getting beaten on by larger golems. This is compounded by the fact that both of his attacks are of the melee variety. There is an upside however, in that the Soul Sapper skill drains mana from enemies instead of hit points. Incredibly useful if a spell might turn the tide of battle for you.

The Corpse Collector has a bit more life and is also limited to melee attacks. However, its speed makes hit and run tactics more viable. The Corpse Collector is a flier, who also has a passive ability that grants additional movement when leaving a region of that map that is elevated. The swooping attack is great fun as it can pull a target golem with him, though it does not work against the larger Colossi. Still, this skill made the Corpse Collector my favorite golem from this set.

The heavy hitter of the team is without a doubt the Bone Fiend. Man is this thing slow, but powerful. Two ranged attacks plus a melee give him a good deal of combat utility as well. Foul Siphon is particularly nasty, because it is a region attack that does bonus damage if you happen to hit an ally with it. Talk about taking one for the team! Everything about this guy is explosive, for better and for worse. Even the melee attack has an element of region damage. Used properly, this guy can do some serious crowd control, but if you are not careful he can seriously harm your own team. 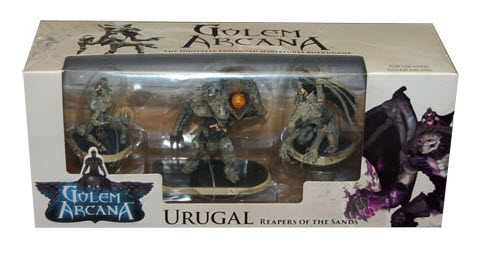 The look of these pieces is not quite as attractive as the Zikia set at first glance. All silver/gray/black, these undead minions lack the color of their woodland counterparts. However, as a fan of almost all things undead (Ravenloft is arguably my favorite D&D campaign for example, and I love horror games), I found the intricate design of the characters quite interesting.

Chris and I took turns mixing and matching our units, and the only direct comparison I have right now is to the Zikia expansion. To that end, it felt like the Zikia one was Chris’ favorite, while the Urugal was mine. Since I’m writing this review and not him, I am going to give the slight edge to the undead army in my score.