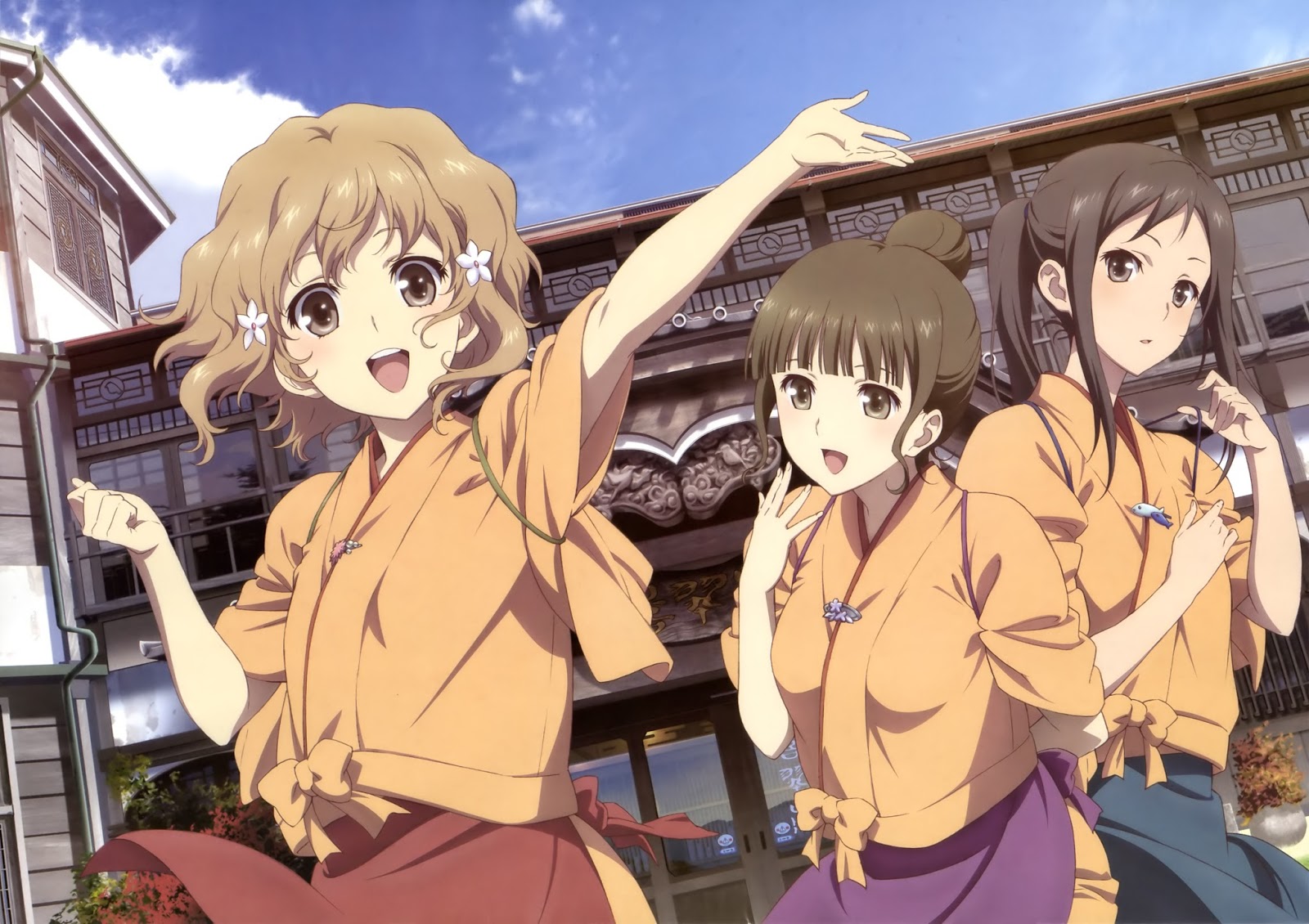 That said, Hanasaku Iroha is without a doubt, one of my favorite anime (if not my actual favorite anime) and it follows the life of Matsumae Ohana as she is essentially abandoned by her flaky mother and forced to live at her grandmother’s ryokan (traditional Japanese inn). In a world where we have heartfelt romance stories like Clannad or Angel Beats! And action-filled craziness as found in Fairy Tail or Gintama or the deep and rich worlds found in Ergo Proxy or Cowboy Bebop, “slice of life” anime are oft-overlooked, which is a shame as it is one of the best genres around. Hanasaku Iroha belongs to the slice of life genre and is just as powerful as its genre siblings like K-On!, Silver Spoon, and Usagi Drop (to name a few). Trust me when I say this, Hanasaku Iroha is a must-see series and I implore you all to head over to NISA’s headset and purchase volumes 1 and 2 right now. Here’s a link to expedite the process: http://www.nisamerica.com/iroha.

Now that that’s out of the way, on to the good stuff; my review for Hanasaku Iroha ~Home Sweet Home~. As mentioned, this takes place near the end of the original series, specifically around Episodes 20 and 21 and fills in a bit on the back story about Matsumae Satsuki (Ohana’s mother) as well as fleshing out a bit of the supporting casts’ lives. Without getting into spoilery territory, the morals found during the fleshing out of some of the characters, specifically Oshimizu Nako’s micro-arc, are heartfelt and quite powerful.  While the movie center’s on Ohana-chan learning more about her mother and discovering that the two of them have more in common than she thought, the supporting cast is just as loveable and entertaining as they were in the series. 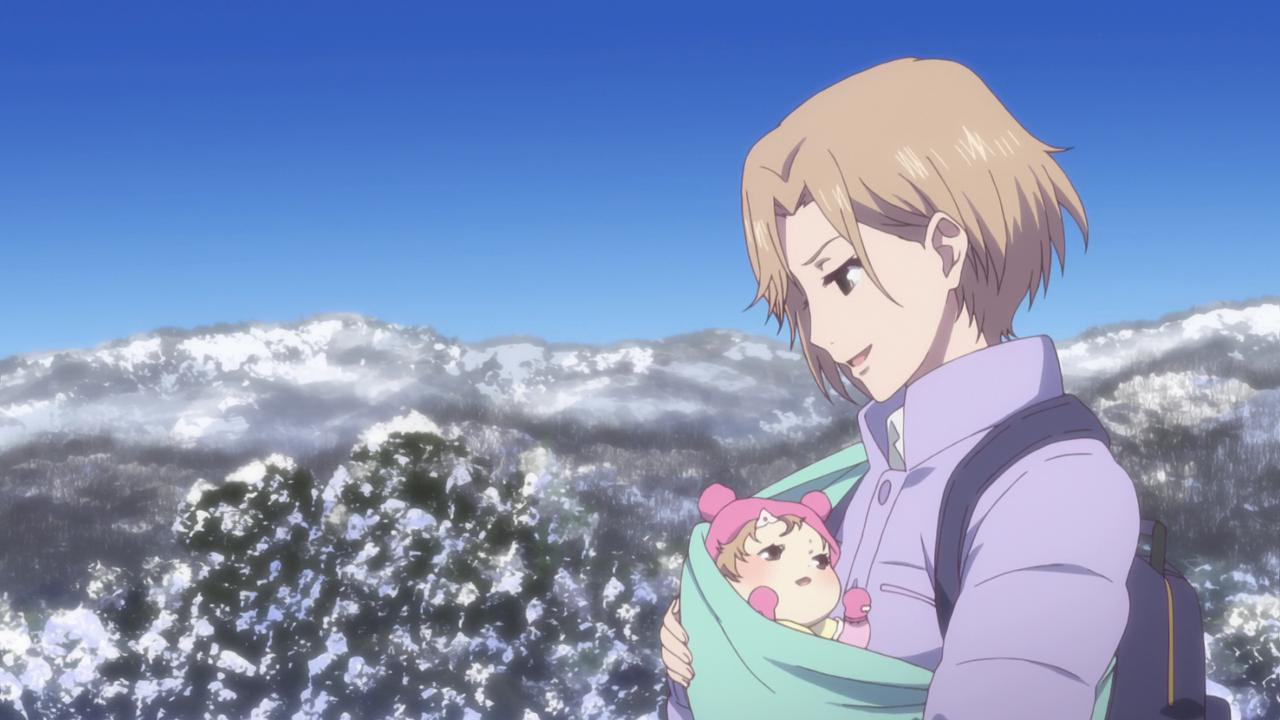 The artwork for Hanasaku Iroha is spectacular, though that is to be expected given that it was done by P.A. Works. Some of their other works include the near-perfect heart-crushing Angel Beats! as well the spectacular Shirobako, the wonderful Nagi no Asukara (Nagi-Asu: A Lull in the Sea), the crazy anime, Another, and the criminally-overlooked Tari Tari. Needless to say this storied studio is well known for its excellence and dedication and Hanasaku Iroha ~Home Sweet Home~ is no different. The animation quality is top notch, the focus on realistic design and a believable environment is surpassed only by the touching story. However, Home Sweet Home feels much less focused than the original series as about a third of the story is focused on other characters. In the original series there was a significant drive to tell Ohana-chan’s story and Home Sweet Home continues that concept though with more outside influence.

The original seiyu return to reprise their roles in the OVA and bring with it the same fervor and sincerity that they had in the series. Ito Kanae voices Ohana-chan, whom you may recognize as Yui from Sword Art Online (a favorite of not only mine, but others here at Chalgyr’s Game Room), as well as her role as Ebihara in Persona 4: The Animation. Other notables include Toyosaki Aki (Hirasawa Yui from K-On!) as Nako-chan, Tomatsu Haruka (Anjo Naruka from Anohana: The Flower that we saw that day) as Wakura Yuina, who is the heiress to a modern inn that is located not far from the Kissuiso. The interesting thing about both Home Sweet Home and the original series is that the main characters are voiced primarily by talent that has historically played supporting characters. I find this neat because the acting is superb and really allows the seiyu to shine in their own primary roles. 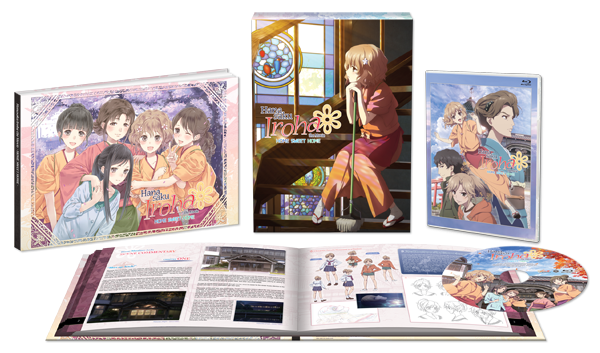 Outside of some stellar acting you have a wonderful soundtrack that accompanies some wonderful ambient environment audio. Playing Home Sweet Home in my PlayStation 4 with the PDP Kral 7.1 Surround Sound headset on sounded great, though I personally preferred the 2.1 audio as it sounded richer, deeper, and more clear. Regardless of whether you are hearing Hanasaku Iroha ~Home Sweet Home~ through a home theater, a stereo surround, or just the TV speakers, it will sound fantastic, though likely because the seiyu were allowed to shine and really brought life to the characters.

While at times I was a little confused with ~Home Sweet Home’s~ direction, given its strong focus on Nako-chan, ultimately it provides a deeper understanding to the “why” of some of the behaviors of the cast in the original series. I initially watched the Blu Ray long after I had seen the series and it left me with more questions then answers, however I began re-watching the series and once I hit episode 20 I took a break from the show and watched the movie and after the movie was done, finished the show. Watching it in this fashion made me see the series, and movie, in a whole new light. ~Home Sweet Home~ is a rich experience best viewed in this fashion and it will absolutely drive home “the feels” and your viewing experience of this oft-overlooked and utterly fantastic series will drastically improve. Simply put, I loved it as it brought me back to one of the best series available today.