I am quite new to the world of Mage Wars, but I recently had a chance to play Mage Wars Arena with Chris from the team and we both immediately loved it. There is a bit of a learning curve there, given just how much there is to do, but at the end of the day it was arguably the most entertaining board game either one of us have ever played. So you can imagine my excitement at getting to play the upcoming expansion as well. 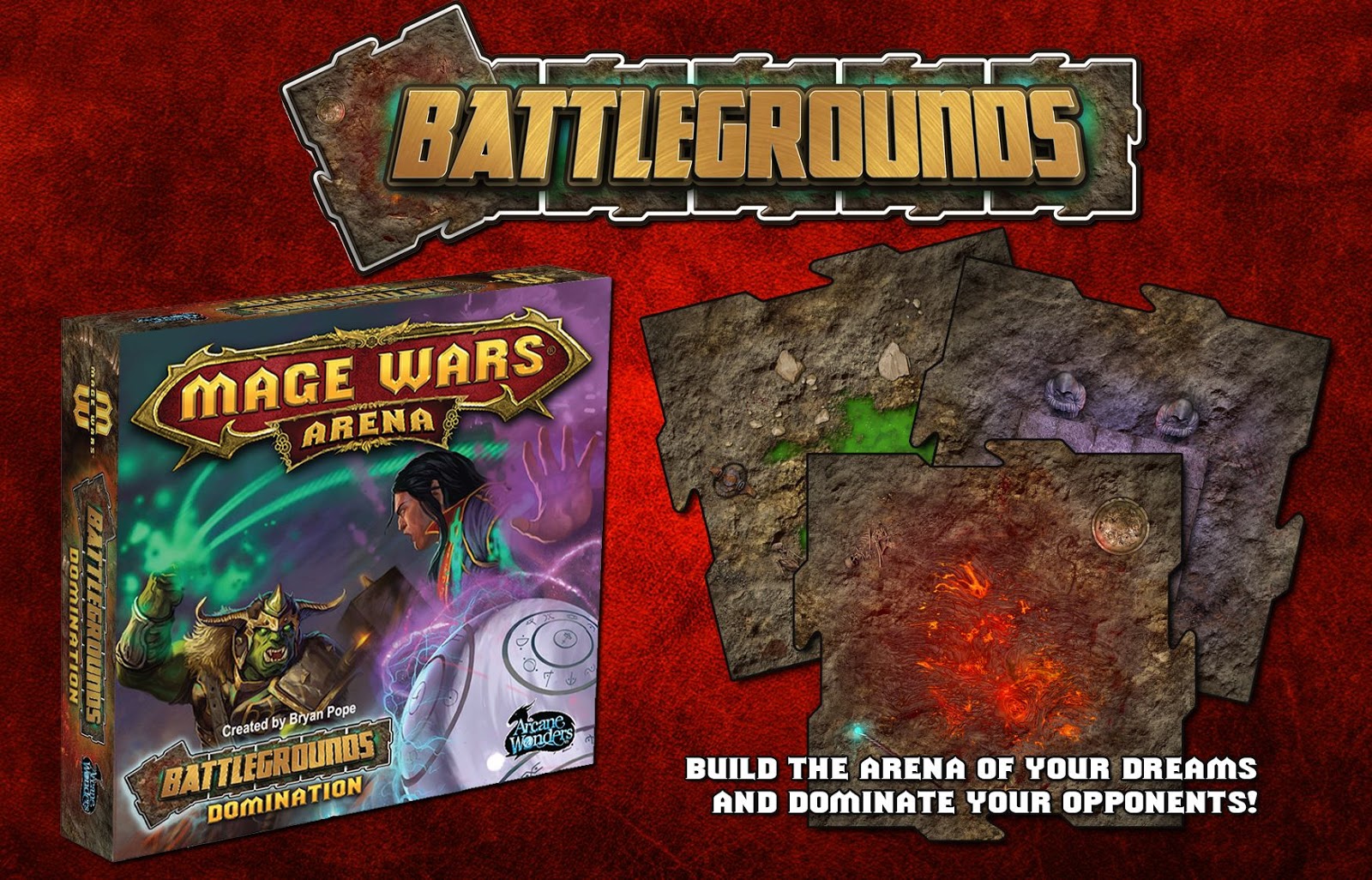 The idea behind Mage Wars Arena: Battlegrounds – Domination is customizable maps. There are some new rules implemented in your attempt to control the V’Tar orbs, but the thing that immediately stands out upon opening up the box are the jigsaw-like tiles. They are of thick stock and beautifully visualized, making them pleasant to look at but also durable. This is key since the interlocking portions are prone to wear and tear given their interchangeable nature – yet after a dozen games a few of us sat down and looked at the edge pieces and found that the materials were well constructed as they showed little to no wear and tear.

Among the twenty tiles, the box also comes with over one hundred new cards, some orbs, condition markers, tokens and of course the rulebook. There are a couple of notable rule changes involved as well. One of the most entertaining aspects to the new board is that you are no longer bound to a rectangular combat space. You can be far more creative and lay it out in several different ways. 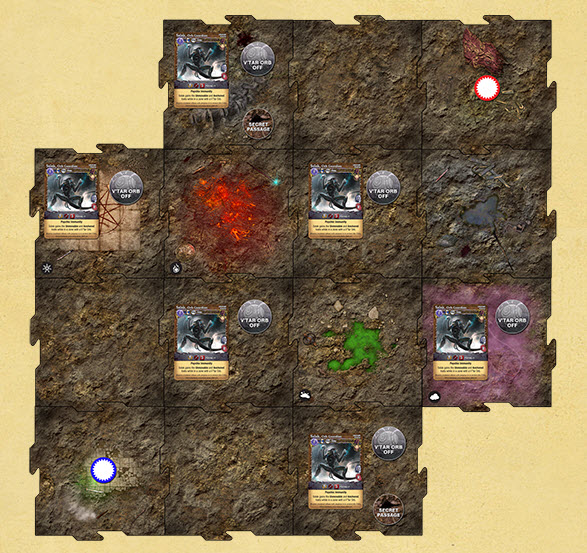 As the name of the box indicates – Domination – there is a new way to play the game as well. In the prior game, it was all about defeating your opponent, giving the game its feeling of dueling wizards. However, Domination allows you to win by collecting the V’tar orbs I mentioned in my first paragraph. Earning these can be done in several ways, such as through new spells or defeating specific monsters. What is really nice is the V’tar mechanic is quite flexible, allowing you to spend them as a sort of magical currency to utilize specific skills that can turn the tide of battle – but then you no longer have your orb available to add to your tally.

This new mode of play really opens up the door to different tactics. One of my few complaints about the core game was that if you played the two mage classes who are very defensive, a single game can drag on for quite a while. Allowing for an alternate way to win can help to draw players out of a strictly turtling strategy. That does not make a defensive strategy invalid, but it does make the players consider more than just their life points during the course of battle. That these orbs can be used to trigger unique effects outside of the normal spellbook only further adds variety to the gameplay. Spending the orbs in this way can be quite useful if your plan is to crush the other wizards on the battlefield, but it introduces a new layer of strategic consideration for those who would rather collect the orbs to win. 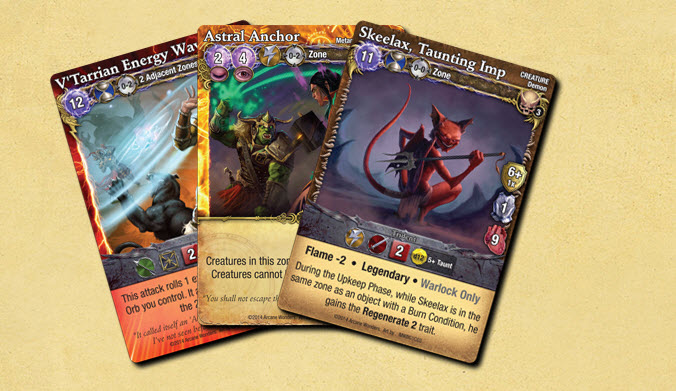 There was also one very key word in that last sentence – did you notice it? Wizards – as in multiples. Mage Wars Arena is a one-on-one battle. Here there are new rules that open things up to three or even four players. These players can work in teams or simply strive to be the last man standing. There are several ways in which Mage Wars Arena reminded me of Magic: The Gathering, and here these new rules reminded me of many of the variety Magic: The Gathering games that have been created over the years as well.

In many ways Mage Wars Arena: Battlegrounds – Domination is the perfect expansion. Many expansions just give you more of the same. You might get new cards, or different dice, or a unique new board to play on or a handful of new rules or a different theme. All of these are legitimate expansions, but very few games out there expand on all of these things at the same time. This makes this latest Mage Wars expansion feel meatier than what you get with most titles. Flexible new systems and an even more flexible new map give players a game with an incredible amount of replay value that takes an already excellent game and gives us more of what we love, but with something new and different as well.