A good headset helps to make a game more fun, especially those that have online components. A great headset enhances the experience and makes the game itself more enjoyable as a result. Turtle Beach has been in this particular hardware game for quite some time now, but the Ear Force Stealth 420X Headset for the Xbox One shows that they are still among the best in the business. 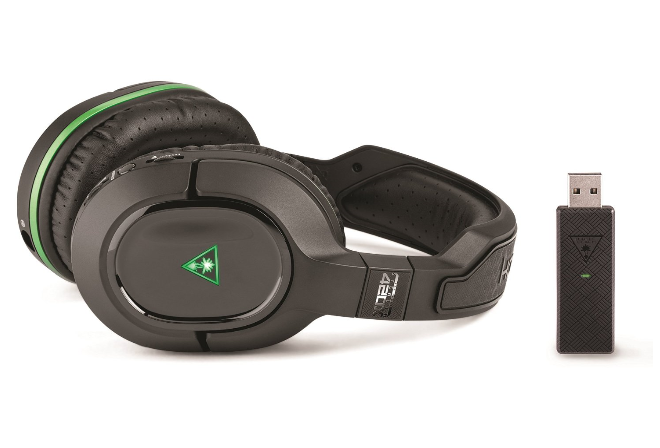 To start with, you have a fully wireless headset. You use a dongle to connect the headset to the console, but the Stealth 420X cuts the middle man (in this case, the controller) out of the equation. Personally, I am a huge fan of that, because I am a gamer who has arms that tend to… well, for lack of a better word, flail. I am pretty animated, and there have been countless times that wired headsets got in my way, sometimes jerking the set down on my head oddly or accidentally getting disconnected. None of that to contend with here.

The actual setup is quite easy. This thing is basically plug and play. There is an included USB cable that you can use for charging. Charge times sure seemed pretty snappy. I completely played the headset out until the battery was dead and put it on the cable to charge. I gave it about fifteen minutes to see if the headset was usable. I am not sure how long it would take for a ‘full charge’, but in that fifteen minutes I was able to get another couple of hours out of the set.

The typical dials and features you would expect are here, including game and chat volume controls to blend the audio to your personal preference. The mic monitoring feature might be my favorite addition, however. Not for me. Despite my various arm gesticulations, I am fairly quiet when I use a headset. I listen more than I speak – that is just my personality when playing a game online. 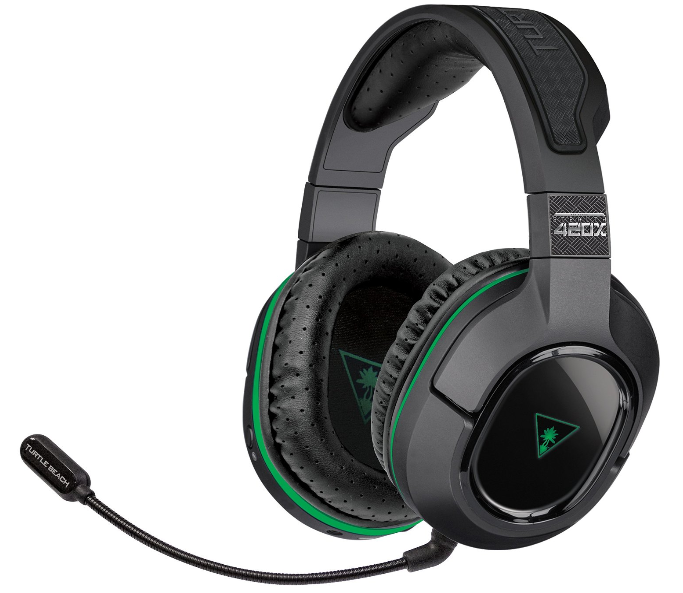 Then there is my son.

My sixteen year old son during more intense games has a tendency to get caught up in things. The headsets tend to seal out sound, he has them cranked up, he is into the moment, and he is so bloody loud that I pretty much have to compare him to someone trying to yell over the jackhammer of a construction worker. I made him use this particular feature, and certainly he had his moments where he would get loud – but almost immediately realized it and piped down. I do believe that if nothing else, this makes the Ear Force Stealth 420X Headset my wife’s new best friend.

Next up, I wanted to discuss the construction of the headset. To start, it has the typical Turtle Beach black and green aesthetics – my son’s favorite color combination. I get the feeling he is going to be using these a lot. With a full charge, the headset lasts well over a dozen hours and despite the sturdy design, the headset itself never felt overly heavy. The ear pad foam is soft, comfortable and while not completely noise cancelling, does a very solid job of helping to seal out exterior sounds. There is a nice pad on the underside of the band as well, so the headset never got uncomfortable with settling the bulk of its weight across the top of my head.

The band itself expands down near where the cups are at, and the ear cups themselves have some nice swivel to them. This makes the Stealth 420X easy to adjust and comfortable for a variety of different heads. My soon made note of the fact that the cups actually did not press in on the arms of his glasses, which he was quite happy about. One other nice big of construction design is that the boom microphone can be attached and detached at will. If you simply want to listen to music or a television show (and there is an additional 3.5mm auxiliary port on the headset for those who want to use these to listen to an iPhone, MP3 player or your PC/Laptop/Tablet). 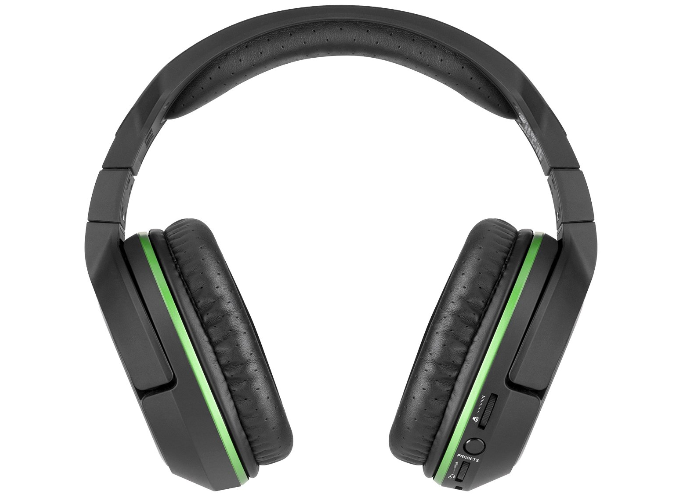 The one drawback to using the headset in this fashion is that there is no passive listening – you need to have the headset turned on. Otherwise it will not carry audio. That means you have to keep them charged, and that the blinking/glowing nature of the headset makes them slightly distracting to simply walk out and about with. The headset has a handy power saving mode when it is not getting a feed through the dongle connected to the Xbox One, which is a great feature when you have it in the living room and may have accidentally left the headset on. It is less awesome when you are trying to use it with your cell phone while out and about. There is a tone that indicates that the headset might go into this power saving mode, and you can press a button to keep it going, but it is an inconvenience that could have been skipped by allowing for passive listening. I could not find any way of turning this power saving feature off.

The construction of the headset itself is of a more medium weight. The headset is mostly plastic, which keeps it light. This is great for long hours of gaming as many gamers feel fatigue when the headset is worn for too long. However, it does give a slightly cheaper impression and while I have had no problems with this set as of yet, time is usually kinder to headsets of bulkier construction. I suspect that the lighter design is in part due to the idea that these can be used with mobile devices, but that loops me back to the inability of this particular headset to passively listen.

The sound quality of said microphone is also very good. The microphone gets nods from my friends who say the sound quality is excellent. It does a very nice job of picking up my voice, but is not so incredibly sensitive that background noises like fans are a distraction. This time of the year it is pretty hot, so I have a handful of fans going around me at any time. I was a bit worried that they might pick up as annoying white noise, and a couple of my friends said that they could hear the fans, but that they were by no means distracting. That is some nice balance between picking up my nearby voice clearly while not being so sensitive as to pick up those external distractions. 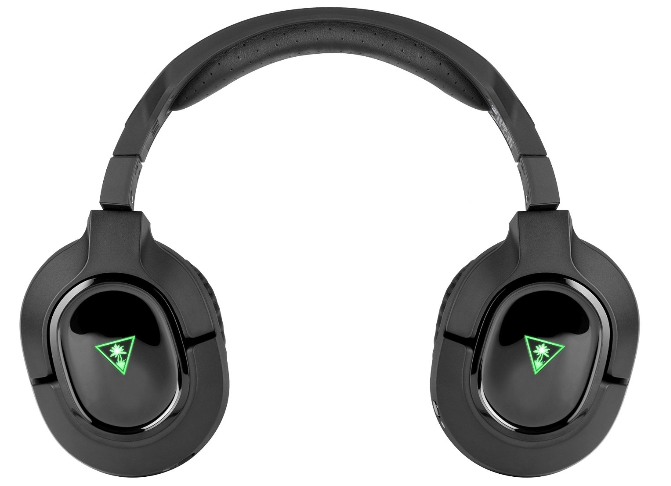 The speaker audio is quite good. It handles the low rumble of bass well, and does not get distorted with more treble heavy fair. This is not the richest, fullest sound experience I have ever heard, but there were no glaring issues that came out of the headset either. The drivers can pack a pretty nice level of audio without crackling and distorting, even when you choose to boost the bass. It did feel as though this headset was tuned more for gaming – music and movies worked well, but the audio relays gunfire better than subtle musical notes. As mentioned earlier, the foam is comfortable but the headset is not noise cancelling, so some ambient noise can certainly leak in.

The Ear Force Stealth 420X Headset by Turtle Beach is one of the best Xbox One headsets I have had the pleasure of using. The voice monitoring is an outstanding feature that I would like to see show up in other headsets down the road. It is easy to hook up and it looks sharp while wearing comfortably. It is better suited as a gaming headset, despite an effort to make it versatile for those looking for headphones on the go as well. Still, the extra functionality is appreciated and helps to round out a nice overall package.