comments Share
You are reading
Funk of Titans – PC Review

Having grown up with platformers, one thing above all else has always stood out to me. Mechanics. If you give me solid and responsive mechanics then it’s a fair bet that I’m going to enjoy myself even if the story can feel lacking. Funk of the Titans? I enjoyed the mechanics as well as playing that funky music. 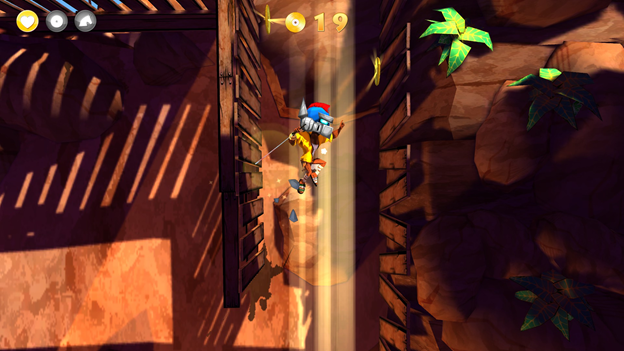 Funk of the Titans is something that I haven’t experienced per say. Generally the type of platformers that I experience leave me in full control regardless of if the screen is moving after me or not. Instead of having this level of control, our Funktastic hero who takes a page out of Ghosts and Goblins / Maximo, aka loses his clothes as he gets hit, is automatically running forward with or without you!

Wait he does what? I wasn’t ready! 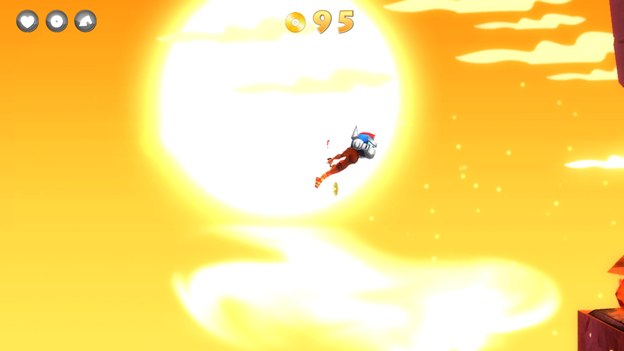 With your character moving forward of his own volition, it does lend to a bit in the challenge aspect to complete each level’s bonus objectives. Don’t get hit. Pick up all one-hundred golden vinyls. Finally, don’t forget to grab your funktastic, jet-engined, broom handled, Pegasus for the bonus round! Each of these can be easily lost or missed by a single miss timed step or jumping onto the wrong enemy instead of slashing through with your sword. So many times did I jump on the guy that you are NOT supposed to because it looked like a good idea before I pressed jump…

The first few levels are rather easy and while things slowly up the pace over time, never is it too hard to finish a level. What becomes more and more challenging is getting all three bonus objectives with proper jump timing and last second decisions as whether to actually jump to the upper path or fall to the lower one. Like the level difficulty however these are never seemingly out of reach once the layout is learnt. What can cause a bit of challenge is making sure that the proper equipment has been selected for certain stages that require a weapon in particular to make it through particular barricades that stand between you and a full level completion! Flame Swords, Lightsabers, Stop Signs, and so on are required to get to that wonderful Pegasus in order to both reach the bonus round and fully complete the level. With the price of weapon skins and face masks in the shop it could be a little while before coming back to fully complete a level.

If re-doing a few levels to gain more Vinyls to spend in the shop seems like a bit too much trouble, then mastering the bonus Pegasus rounds are a must. Riding this steel beast requires but two things. Attention and mastery of the gas pedal. Hitting the gas pedal will send the Pegasus soaring upwards at an alarming rate however letting it go will make you crash just as fast. Learning when to press, how long to press for, or even when to ease off are things that will come after a few attempts. Mastery of this is quite useful as it makes buying new stuff that much easier. Funkymus approves! Finally come the boss fights that take gameplay in a whole other direction. Mid-bosses as well as the Titans can only be defeated with the use of your moves on the dance floor. Challenging these greater being to a dance off by following the on screen prompts, hitting all the right moves is the only way to beat the others and restore the Funk over the evil forces of Pop, Rap, and Rock (though personally I absolutely love Rock in just about all its forms and it’s far from evil mwahahaha).

Not being an overly long game even when going about properly finishing up all the levels and their bonus objectives, I personally rather enjoyed Funk of the Titans for the gameplay elements that it brought to the platforming party. While it doesn’t do anything “new”, it was a lot of fun with a solid implementation in place for how it went about its stage creations with the elements that it uses.