comments Share
You are reading
Memorable Music in Gaming #11

This week in Memorable Music, I have a few tracks that I would like to share that strike the more emotional cords that we can all have. I’m a big softy and I have no qualms in publicly admitting it (so long as there’s a fire breathing dragon standing right behind my shoulder). With that being said, here are my more emotionally-inspired tracks. 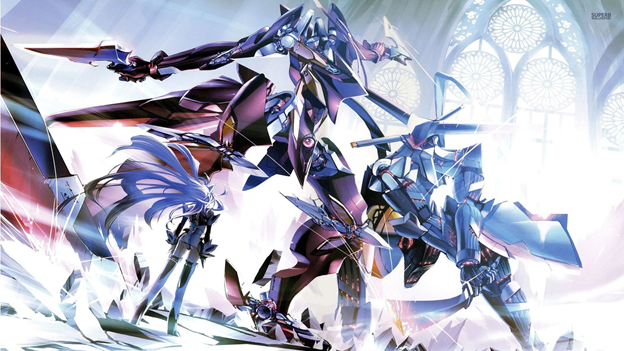 Developed by Monolith before being bought by Nintendo, the next entry into the Xeno series was something else. Being the first of three parts (originally conceived as six) there was a lot of setup to put into place. With everything happening however, Xenosaga in a way is the story about a woman and her friendship with a battle android that she helped to create.

The ending theme to Episode 1, Jane Hogg’s Kokoro, really struck some chords as the lyrics and the combined animations really put that friendship into perspective with the powerful words being sung.

I recently have the absolute pleasure to review the re-release of Suikoden 3 as a PS2 Classic. I mentioned that I absolutely loved the opening theme and I wasn’t lying. The powerful emotions of that are conveyed with or without the opening animation are just incredible.

Translated as Exceeding Love, Ai wo Koete is performed by Himekami sets the tone for the oncoming experiences of love, loss, war, hate, friendships, and truces. Suikoden 3 was, no, is a hell of an RPG.

I’ll be honest in saying that I absolutely lucked out the first time that I finished Breath of Fire 3. The expression “bottom of the ninth, bases loaded, 2 strikes and 2 outs and they need a homerun to win?”, yeah that sums it up. My team of Ryu, Nina, and Rei went to hell as Nina died with issuing orders to the other two in berserk modes. Rei killed Ryu and then proceeded to kill the final boss. Things could have gone smoother but hey, who’s counting?

Pure Again by Akari Kaida and Yoshino Aoki conveys the emotions of the journey taken by the characters over the years that it takes them to get to that final point of their journey. It was never an easy one for certain among them as they lost friends and family only to find them again on opposing sides of a blade with no room for negotiation. For some of them, that was the hardest battle of them all.

The third entry into the Blackwell series has to have been my favorite of the five. While they are all very well written, the third entry had a charm and a quality that I found could not be matched by either its two predecessors or successors.

I Can See Into Forever by Sammy Allen only helped to emphasize the quality of this entry with an actual song instead of another musical score. The lyrics only felt appropriate for the trials and tribulations that Rosangela Blackwell goes through with her partner Joey as they help restless spirits move on into eternal peace.