I have been hearing about Nobunaga’s Ambition from Nick for a long time. If you read his Retro Reflection here, you realize just how long – we are talking NES days. He is not the only one who has been following the various updates and release announcements about Koei Tecmo’s upcoming Nobunaga’s Ambition: Sphere of Influence. Having had a chance to spend some time with the game, my thoughts are quite favorable – and I thought I would share the experience. 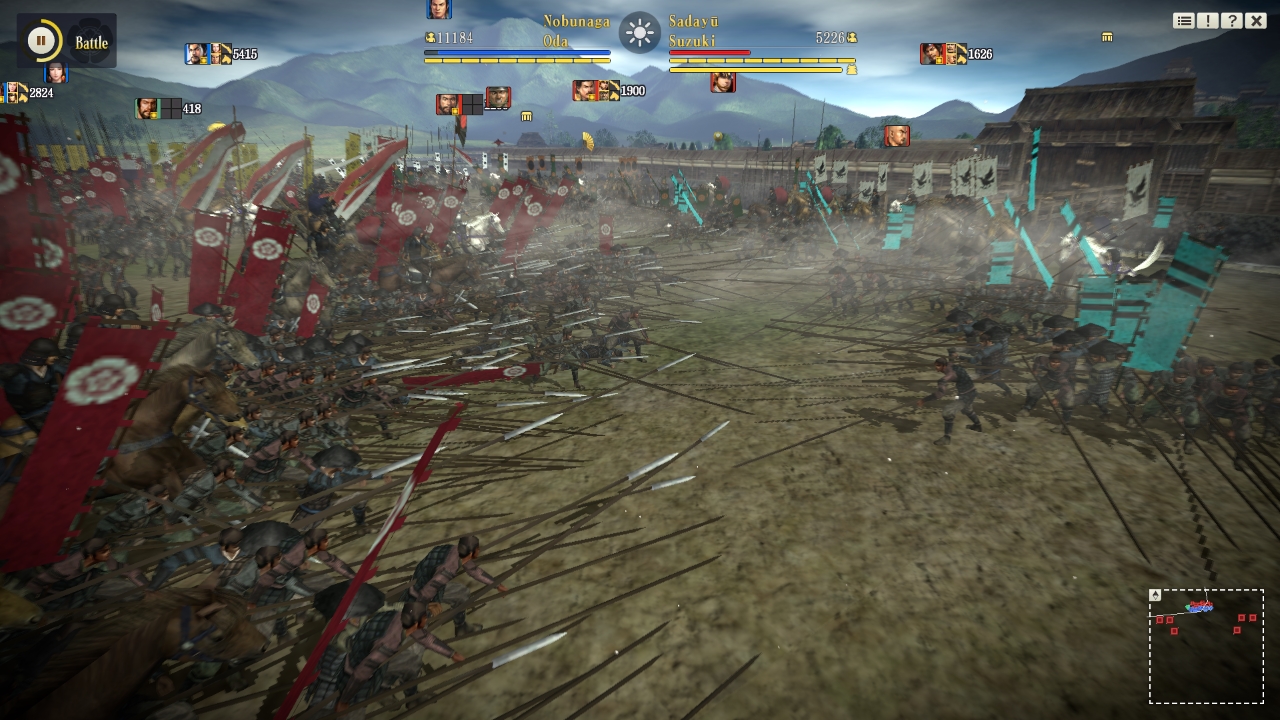 Admittedly my tastes lean towards fantasy strategy titles, but science fiction and history simulations can be a lot of fun if they are done right as well. All of the early indicators point towards Nobunaga’s Ambition: Sphere of Influence being done right. This is a series of games that has not seen much activity in North America in some time, but if this preview gives us a good read on what the final release quality will be, we should have a strong case for more titles like this in the future.

One of the things this title has to balance is its tone. I was actually quite surprised by the tutorial. Not because there was anything wrong with it. In fact, it was quite well paced with a truckload of useful information that was handed out in almost perfect serving sizes. A strategy game this dense could have been really painful, but the tutorial holds your hand and walks you through the basics. I am not always a big fan of games having incredibly details tutorials, but this is a genre where it is generally needed.

No, what caught me by surprise was the humor that was infused. There are several scenarios that can be chosen from when setting up a new game, and a couple of them – including the tutorial – were tagged as fictional. The tutorial had some pretty ridiculous dialog and certainly without the banter between the characters, it could have been completed sooner. Still, I enjoyed it quite a bit, and while it is quite different from the tone of the historical scenarios, it did a very nice job of keeping me entertained while I was learning the basics. 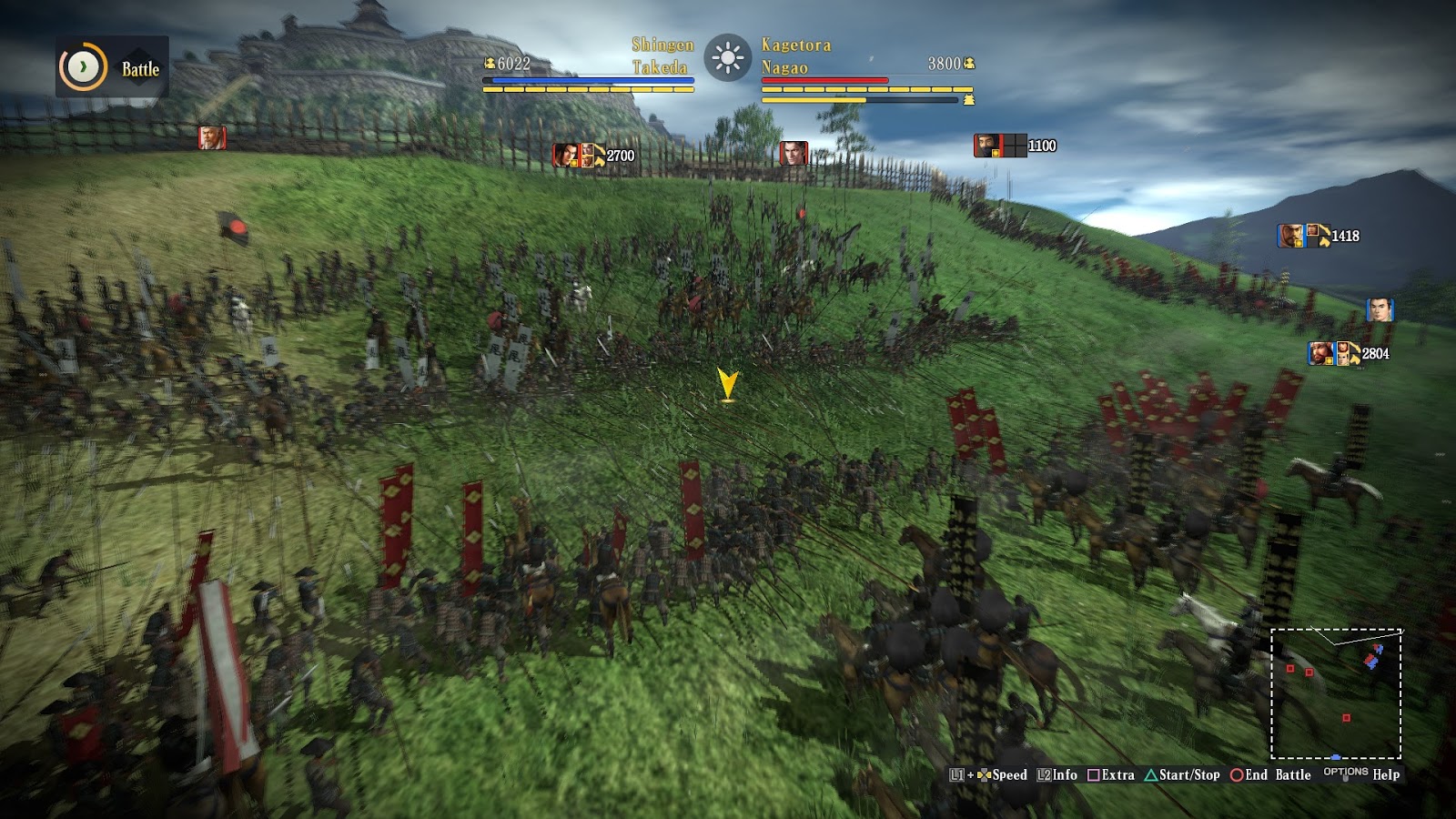 The more traditional scenarios such as “Battle of Sekigahara” are quite serious-minded, but they are a great deal of fun to dig into. The historical events that occur during these scenarios are often quite interesting, and can really throw you a curve ball that you were not expecting. Once you have played the scenarios a time or two, you more or less know what to expect, but they were almost always interesting.

For those looking to add a bit more unexpectedness to the campaigns, there is an option to create officers. You can name them, use different images for them (ever wanted to make yourself a legendary general? Now you can!), assign skills and more. I made a handful of these characters, and had honestly almost forgotten about them until one popped up late during one of my campaigns. Well, worry not – you can add a ton of these generals if you want, increasing the likelihood of encountering them. There are also a wide range of options from difficulty settings, whether or not import created characters, and other things you can tweak to customize the experience.

Another nice gameplay feature is the quest system. Quests contextual to the era will pop up, and they give you a range of rewards if you complete them. Earlier quests might be as simple as getting your grain, craft and soldier production to specified levels, or capturing any nearby castle, while later ones can be much more challenging – both in what the objective is (say perhaps, grabbing a specific and possibly well-fortified castle) and in the fail conditions (such as needing to do it within a certain time frame). These quests can have a domino effect on one another as well, as failing to complete one might prevent future ones from that branch from becoming available. 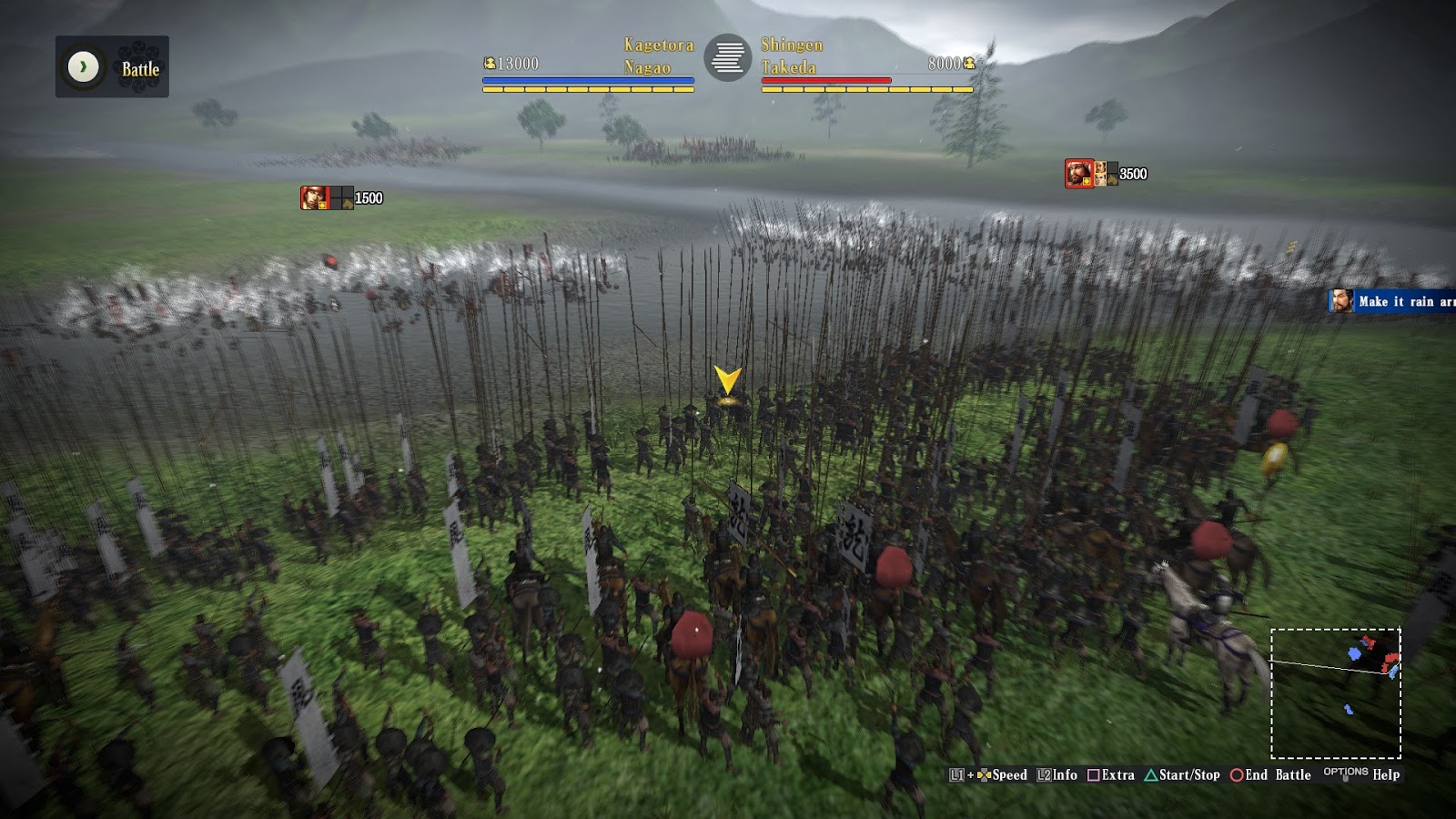 The combat took a little getting used to, because it was not always clear to me why one army might be better than another. Usually it just felt like strength in numbers, which is fine, if a little shallow. However, once I spent some time figuring out things such as flanking or using a general’s specific skill, combat became a bit more enjoyable. There are still a few things here and there to work out. For example during the tutorial the units were being viewed from a significant height overhead and they literally looked like Tetris blocks (something that the tutorial even joked about). I could not believe that combat would look so clunky, but then I zoomed in close with the scroll wheel (if that was part of the combat tutorial, I missed it) and I was suddenly getting a much better view of the combat.

With only a few weeks until Nobunaga’s Ambition: Sphere of Influence releases, there is time for the development team to put a bit more polish on this title, but I am impressed at how good it already looks and handles. I know that this is a localization of the game, so the core system was already in place, but there is a ton of text to be had here, and it is great to see the game getting the necessary attention it needs and deserves before the release. Down below I put a few clips of gameplay I recorded together, so you can see some of it in action.