There were several things that were immediately apparent when starting off the second entry into this Warriors spin-off. The first entry tried to be rather different with its puzzle platforming style which worked in some cases but felt a bit strained in others. Moving away from that style, One Piece Pirate Warriors 2 instead concentrates more on the core Warrior system and takes a bit from the Samurai series for a much faster paced experience both attack buttons for creating combos in that ever enjoyable 1v1000 feel. 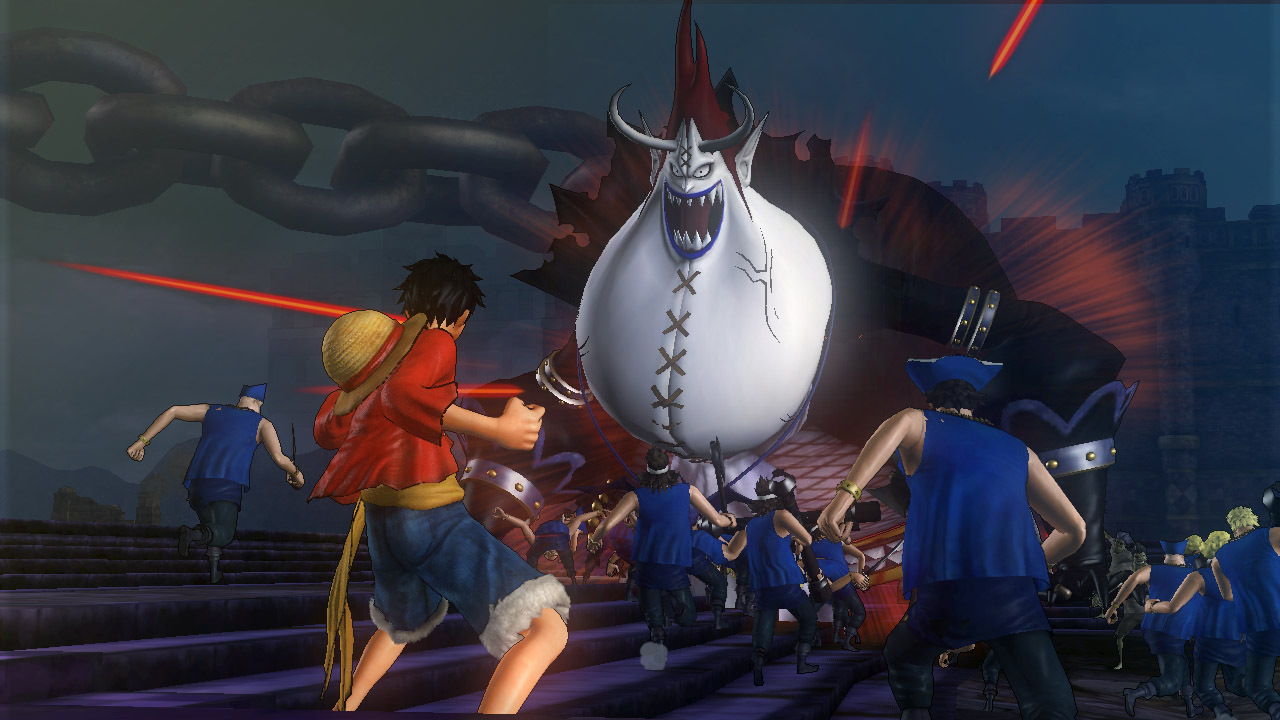 Having moved away from the style that the original tried to implement is not the only thing that changed. Sadly one of these changes felt disappointing but on the bright side may be my only disappointment. Pirate Warriors followed the story of Luffy and his crew from the beginning of their adventure up until a two-year break in the story in which everyone ends up going their own ways to train and become stronger after a fairly heart heavy event.

Instead of continuing on from this point and moving forwards, the second entry performs what they call a Dream Story in which elements of the post two year break are present but in an entirely brand new story that doesn’t exist in either the anime or the manga. I found this disappointing because of how well the previous entry followed events and how well it blended story and action sequences allowing anyone who had never seen the anime series or the read the manga to follow along and not get lost as to who these people were and what was behind their motivations.

Going back into a full Warriors mode and leaving the platforming behind in a way was a good thing as the pace never drops to a crawl charging through the various fields taking on the hundreds upon hundreds of enemies that stand in your way. While the original mostly locked players into playing solely with Luffy other than in very specific moments which could feel long at times, players are now able to pick from the various cast as they become available. Crew members as well as other characters that make their appearance throughout the story mode become available but are not always immediate so following a new form of unlocking. 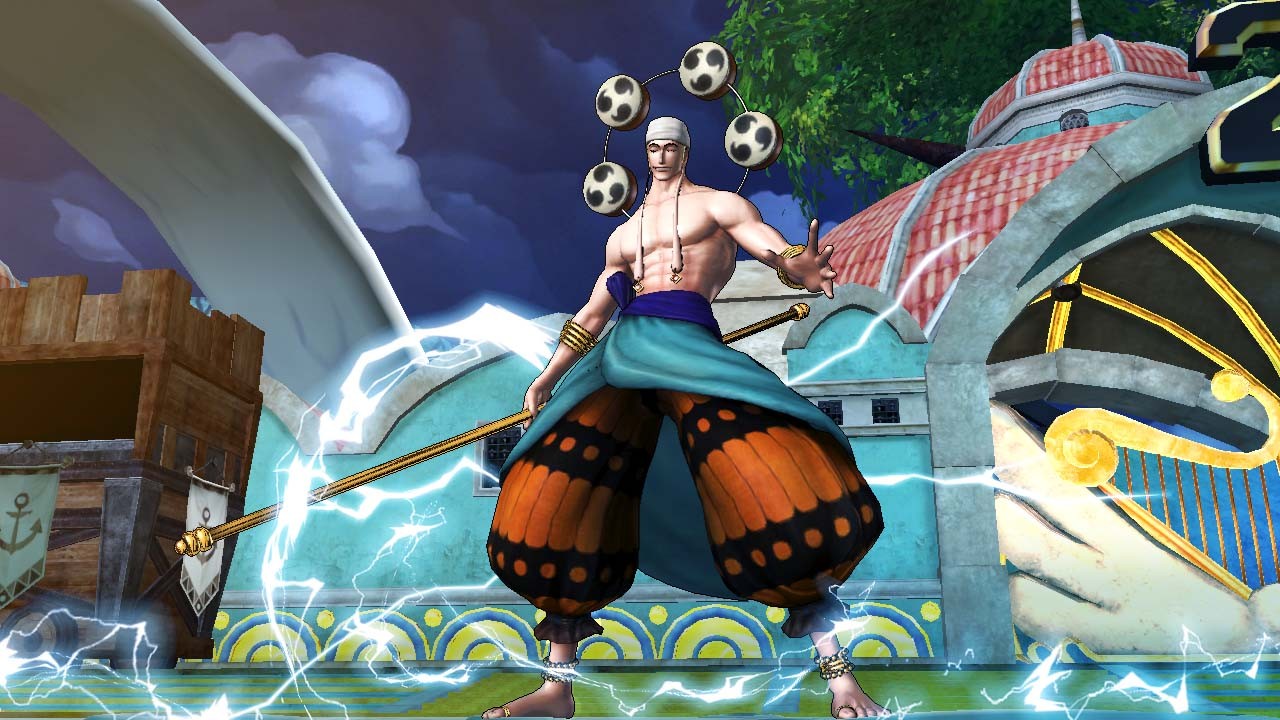 Some characters come ready and set to go the moment that a certain point is passed in the Dream Story’s Main Episodes. Other characters such as Smoker, who belongs to the marines which chase after the pirates, needed a bit more of an encouragement to join up and become playable. Crew Episodes which are shorter than Main Episodes, allow for players to select that “crew member” and face off against them as they become the boss of a particular scenario. Facing off against a very pissed off Nami because everyone else was screwing around again was mildly terrifying. While she may not have eaten a fruit, she knows how to manipulate weather. Lightning in particular for effective combat strategies.

For something a little newer, Pirate Warriors 2 takes a twist on the Dynasty Warriors Gundam 3 and even the later Gundam Reborn Partner Strikes. Instead of having a selected partner perform a special attack and then disappear, they perform a special attack and become fully usable for limited amount of time afterwards. While in use, the partner doesn’t need to worry about something silly like a health bar or filling up any gauges. Instead this character is able to have full function short of their Musou attacks to alleviate some of the stress off of your chosen character. This is especially great if things are in dire straights with your health bar being almost non-existent because you tackled something a few levels higher than you. Trust me. This helps. 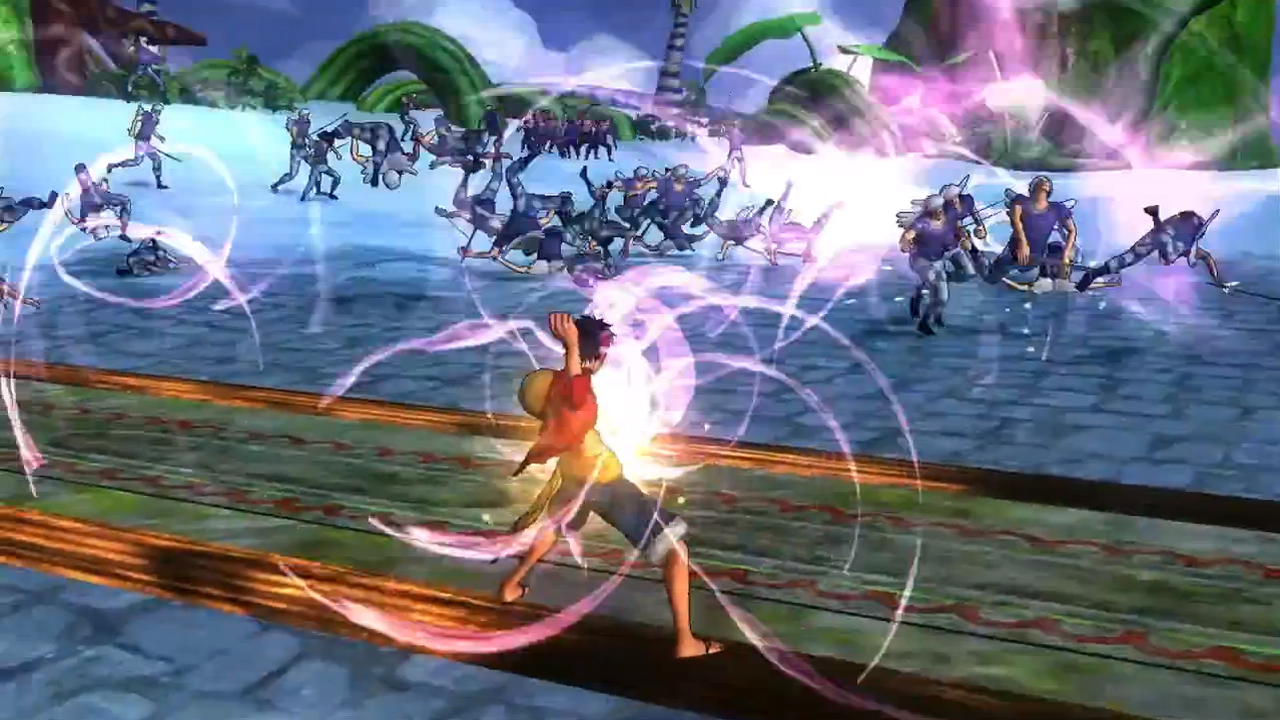 Clear from the beginning is also the look and the smoothness of everything. Having created the second entry with a newer engine, everything is much smoother both in terms of visual appearance as well as gameplay performance. The original Pirate Warriors wasn’t bad in any means, but it did feel a bit rough around its edges at times when it gets compared to the newer entry. Enemies spawning, health bars, boss fights, everything is that much smoother which is an important factor when dealing with the amount that can be on the screen at one time.

Overall One Piece Pirate Warriors 2 while not keeping with the style of the original is a step up with its faster paced action. While it would have been nice to keep with the actual storyline, the Dream Story does have its own charm that flows well enough with the sub missions to unlock other playable characters. Now the only thing left to do is wait for the release of One Piece Pirate Warriors 3!