It seems like every time that I get my hands on this title the length of it increases! Originally having reviewed the PC version through Steam, I already had an idea as to what I was getting into. Having now played the PS4 version? There’s no going back to basics. 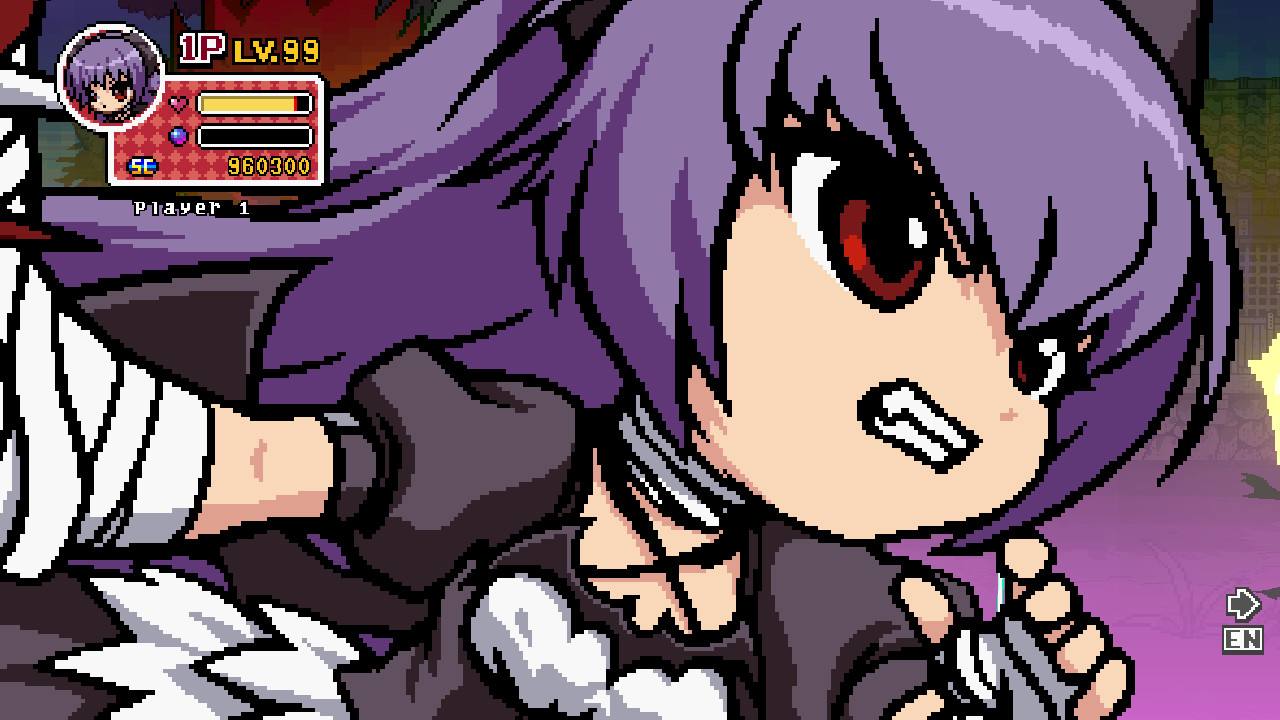 “Phantom Breaker Battle Grounds is a side scrolling brawler that supports up to four players in a well-designed, fast paced, Scott Pilgrim-esque beat-em-up that kept me coming back for more.”

Phantom Breaker Battle Grounds Overdrive, like its above mentioned previous version, is a fast paced side-scrolling brawler that allows for a decent amount of versatility in play styles. Supporting up to a total of four players locally or online, players have several different modes in which they can partake tackling the forces of Phantom as he gets in the way of one character’s mission to rescue her little sister. Having moved over to a console, it was much easier setting up more than one player than trying to find an empty USB slot on a laptop.

Combat even at its most basic is a smooth affair. Every character has a base move set with light, medium, and heavy attacks that can be used in which ever order they see fit to keep the combos going. As characters levels up, points can be used in one of two different manners. The first is to raise up a character’s basic stats of Attack, Defense, and Speed making them that much more formidable. To make the most use of these upgrades however, skills can be unlocked giving a character access to even more abilities to take on the sheer amount of enemies that can swarm in. 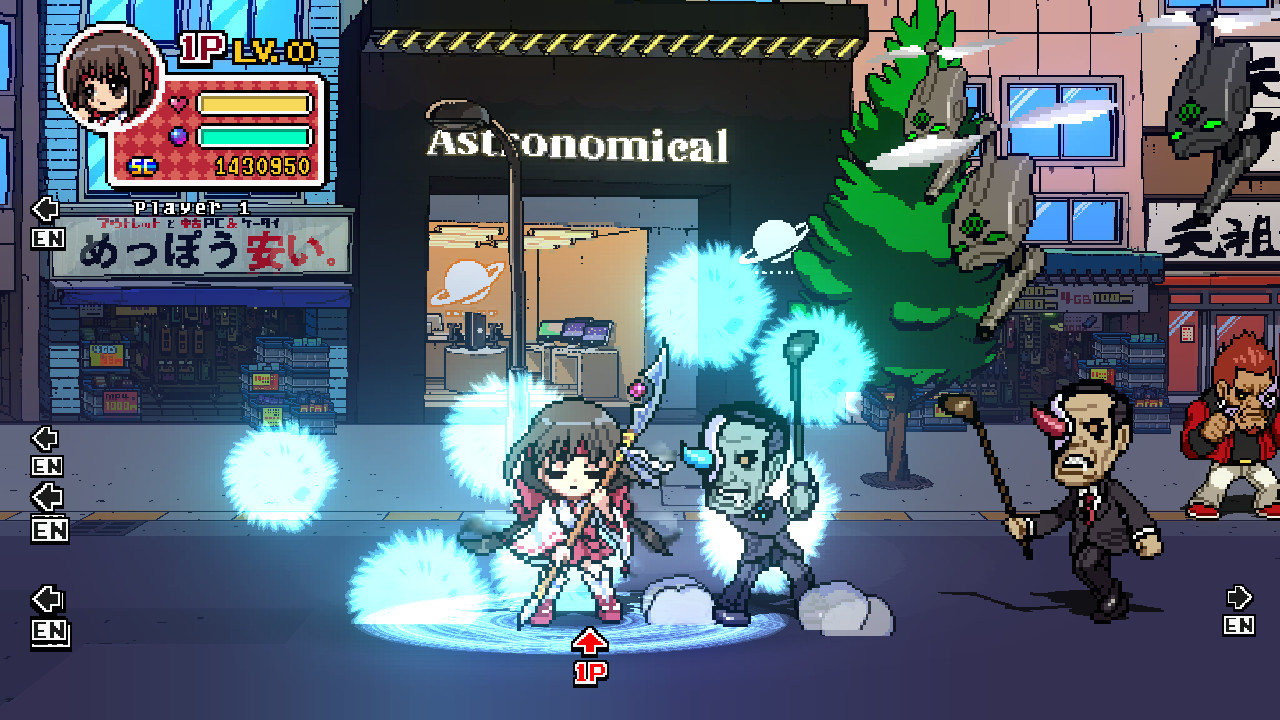 Upgrading combos, higher jumping capabilities, dashing, and more can be learnt and upgrade alongside a character’s stats for some serious devastating moves. Newly added, and one of my new favorite abilities, adds in shadows of yourself that follow in your wake. These shadows do the same amount of damage as you yourself do all while you’ve already moved on to hit other enemies. This was amazing as it really helped out on bosses, but where it really shines is when your character is surrounding by a swarm. In these cases the shadows left in your wake will hit enemies coming up from behind while you concentrate on those in front making your character a true destructive force to be reckoned with and that doesn’t even take your allies, if there are any, into account. This alone without taking any other of the new features into consideration was awesome to see as it really did make this more than just a simple port.

There are several modes available for either solo or multiplayer fun. The first of these is the Single Player mode that acts as the Story Mode. This mode is filled with dialog that changes depending upon which of the characters has been chosen. Following this, we have Arcade, Coop, and Versus. Arcade Mode, like single player, has the player choose one character to run through each stage but with a different purpose. Ignoring all dialog and instead moving things over much quicker, players will have three separate meters displayed at the top of the screen. The first is time, the second is score, and the third is the maximum total combo currently achieved. The goal is simple. Set those numbers as high as you can in the least amount of time possible!

Coop whether local or online was interesting but also slightly disappointing for the sole reason that it does not contain any the dialog but instead acts like the Arcade Mode. This means that anyone who has never played will have zero idea as to what is going on. I’m honestly not sure as to why this decision would have been made but it was still sad that new players playing with others would not understand why events are unfolding past the premise. Moving past that little or big issue depending on the person, the gameplay with more than one character is still just as solid. Multiple characters side by side swinging weapons never lags or slows down the system. This runs true other than two particular abilities but those have animations so they really don’t count. Finally, there’s the versus mode in which players can go head to head against one another to see who really is the better of them. 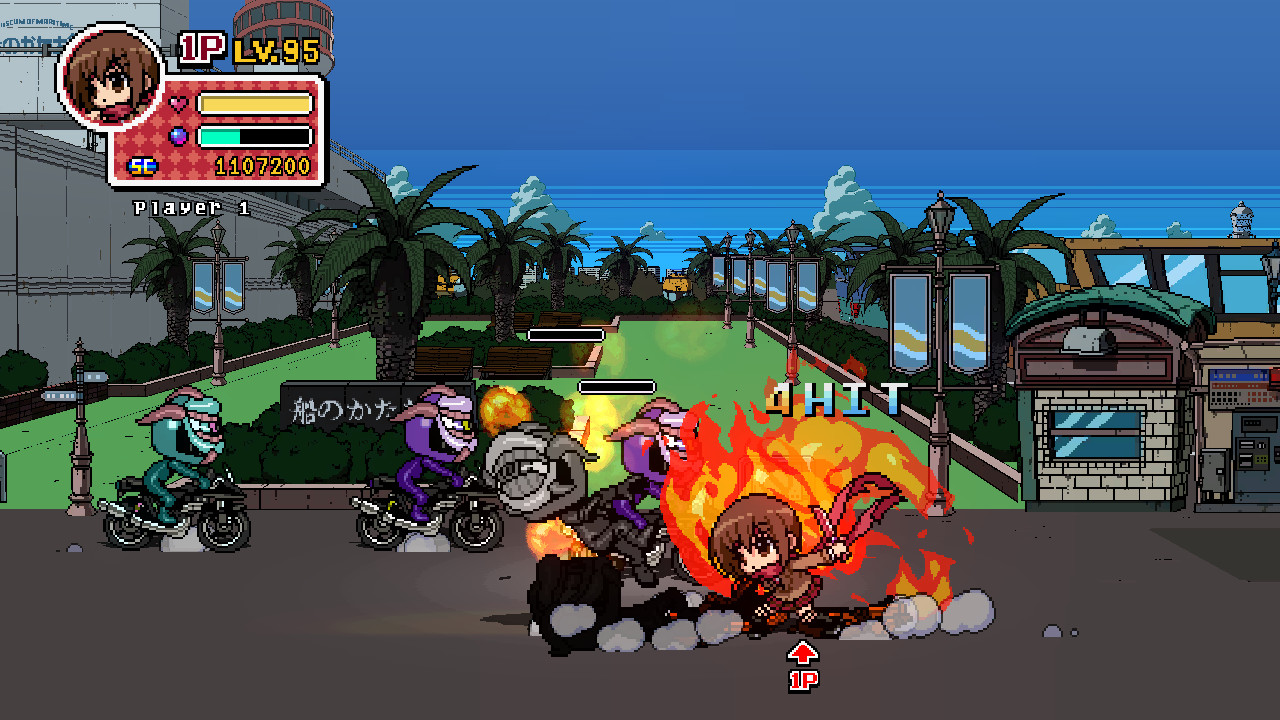 Like most things currently, DLC has almost become an integral part of the way that games are designed whether or not we approve or even like the idea. That’s just the way that the cookie crumbles. Releases alongside the new Overdrive version which already offers new skills, locations, and enemies, a small priced DLC package adds in a higher level cap bringing the max level up to 99 from 50 and adds a new character from Stein’s Gate. With these newer elements being added into Overdrive, a new set of Trophies have also been added into a DLC subsection. Sadly for you Platinum hunters, for some reason Phantom Drive doesn’t offer one. I’ve never been quite sure what the standards are for that one.

While everything works smoothly there are still a few little issues that exists that can really put a stop to the flow when playing either local coop or online multiplayer. Single Player is awesome all around.

For some weird reason there is no way for anyone in the party to simply be able to modify their skills and character stat points without quitting the game and then moving into the menu for it. This is not the case in Single Player as once a stage is complete they are immediately brought to the upgrade screen and they can do what they need to. Having played both locally with my brother, and online with a fellow reviewer from another site, the decision to keep this method of having to quit and go back could really kill the pace in certain cases as there are moments where upgrading is a must. 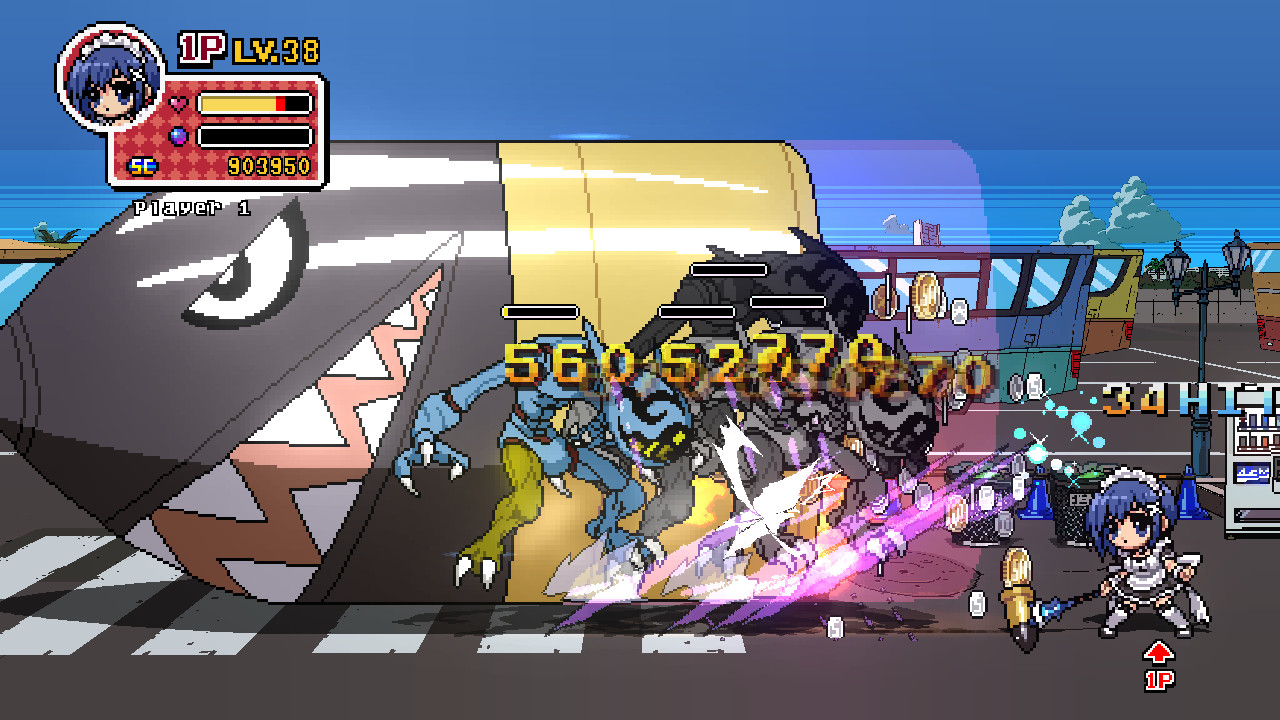 There was the flip side of us deciding to simply keep going and see if we could pull off the next stage without upgrades, but more often than not especially near the beginning this idea is not going to end well. This by no means is a game breaker, but it can kill the pace when playing online with others more than it would locally as everyone has to rejoin through a selected room or an invite which takes some time for everyone to get back into place.

Phantom Breaker Battle Grounds Overdrive is a great re-re-release of a fun to play brawler in which is always a pleasure to play regardless of the game difficulty chosen. Adding in DLC in order to further change up the name of the game with higher level caps, a new character, and more achievements (because who doesn’t like those?) there are are even more hours of fast paced fun to be had.