More games have been releasing with a focus on narrative of late, and I consider that to be a good thing. Click and point adventure titles have been making something of a comeback, and even games referred to as walking simulators are more about the story than the gameplay mechanics. It would be easy to call The Vanishing of Ethan Carter a walking simulator, but that would be selling the title short. There is plenty to see, but enough to do to justify thinking of The Vanishing of Ethan Carter as a complete game worth experiencing. 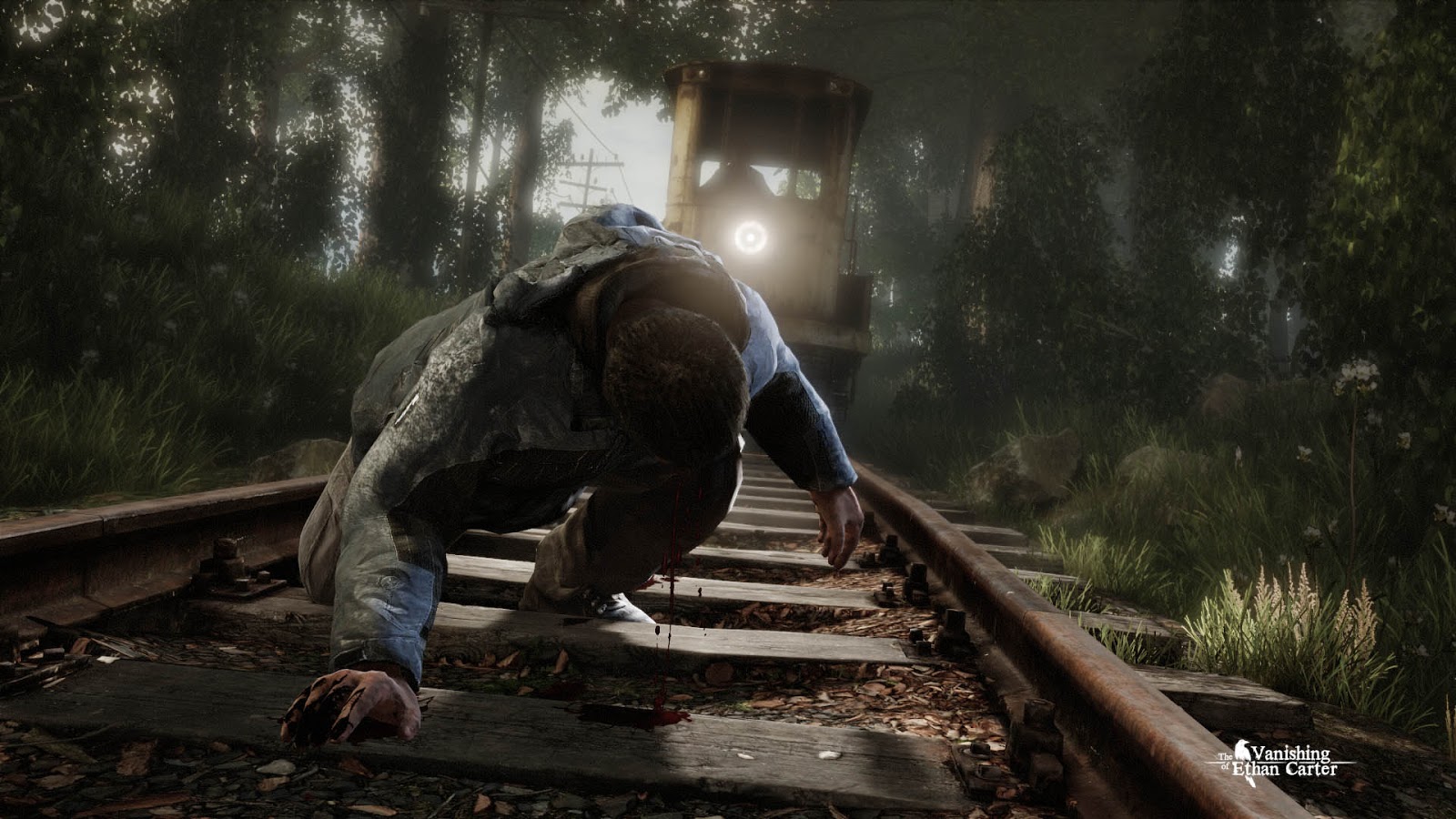 The titular Ethan Carter is a kid who has sent letters to our actual protagonist, Paul Prospero. There is a bit of backstory given as Paul emerges from a dark tunnel to find himself standing in a beautiful wooded area. The backdrop is simple enough, yet incredibly vague as it sets the table for this mystery. Ethan has been sending mail to Paul, a detective with psychic abilities. At first Ethan’s letters come across as typical fare – fan mail essentially. However, as the young boy continues to share what he sees and knows with Paul, it becomes clear to the detective that Ethan is at the center of something sinister in Red Creek Valley, a little wooded nook of the world that time has forgotten.

The backdrop for The Vanishing of Ethan Carter is wonderfully crafted to set the stage for a mystery filled with murder and partial clues. The reason this title will no doubt earn the walking simulator description is because there is no actual combat or life-threatening challenges to overcome with Paul. Instead, you will guide Paul through a first person perspective through beautiful forests, across aging bridges, down abandoned railroad tracks and into dilapidated old buildings. 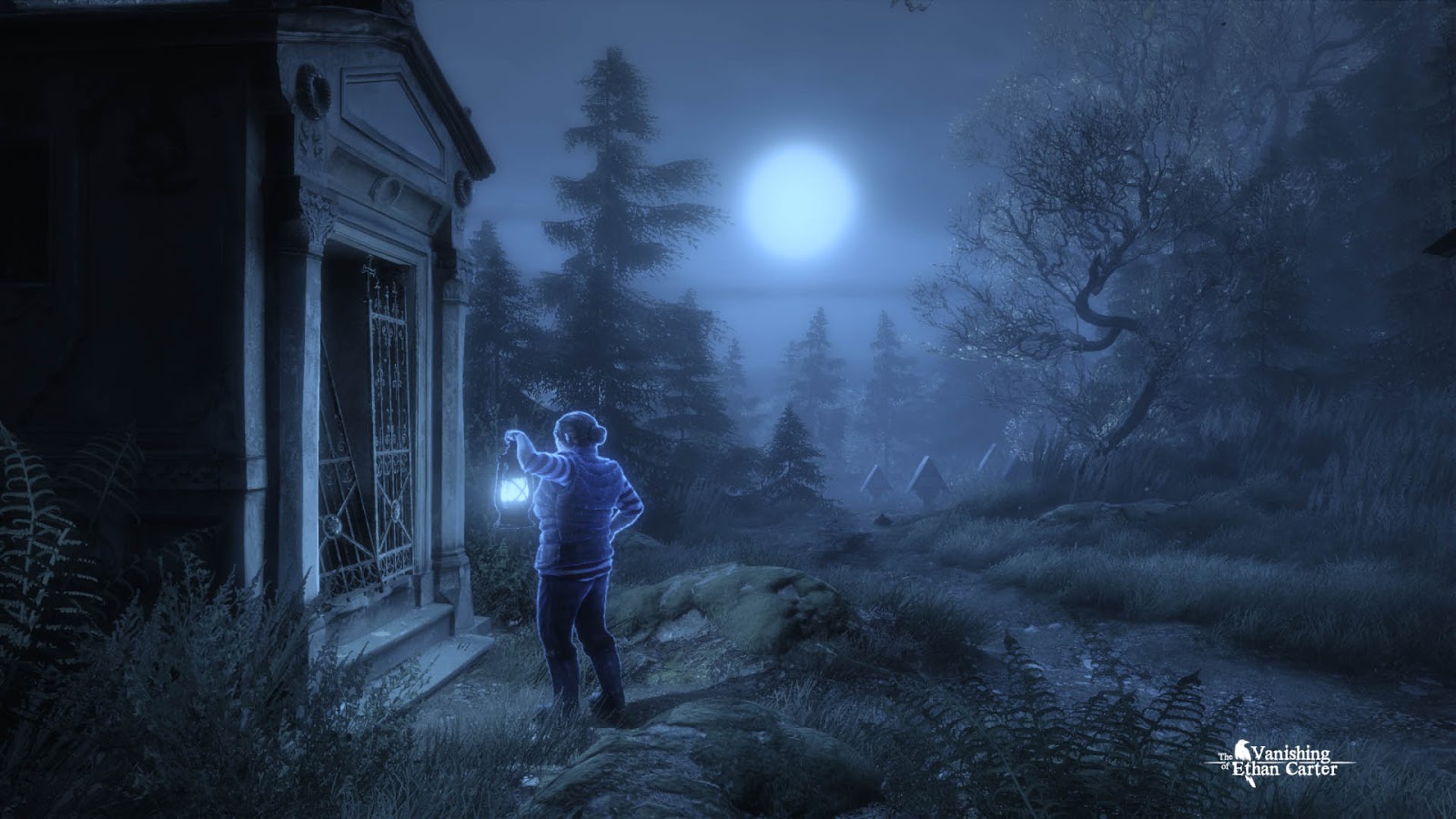 The environments in The Vanishing of Ethan Carter are often spectacular. The sky is brushes of painted colors, the trees rustle and move with a subtle life while abandoned buildings have different levels of light filtering through boarded up windows to create a visual atmosphere that is as good as anything I have ever seen. It is spectacularly, hauntingly beautiful and it is very easy to spend a good chunk of your time simply taking the sights in.

As for the actual gameplay mechanics, the idea is that you will lead Paul around the environment taking things in. Right off of the bat you may encounter some traps set in the woods. What Paul does is encounter key items in the environment, and by piecing them together, he starts to solve the riddle to Ethan Carter’s disappearance. These items are not easy to spot, because The Vanishing of Ethan Carter does not hold your hand at all. Items in the environment blend easily, with no outlines or distinguishing features. You have to actually look at the world around Paul, to see that there is something a bit odd in the brush ahead or to notice that the pile of rocks near the end of the tracks looks out of place.

Once you get suitably close to these objects, you might get some text that encourages you to read or interact with the object, and then you can work with it, but it is very easy to miss these things when you first play the game. Of course, the very hide and seek nature of this game design means that subsequent replays will probably be much quicker affairs that lose a significant amount of their luster. Exploration and discovery are at the heart of this title, and the mechanics work great – but they do lack in replay value. 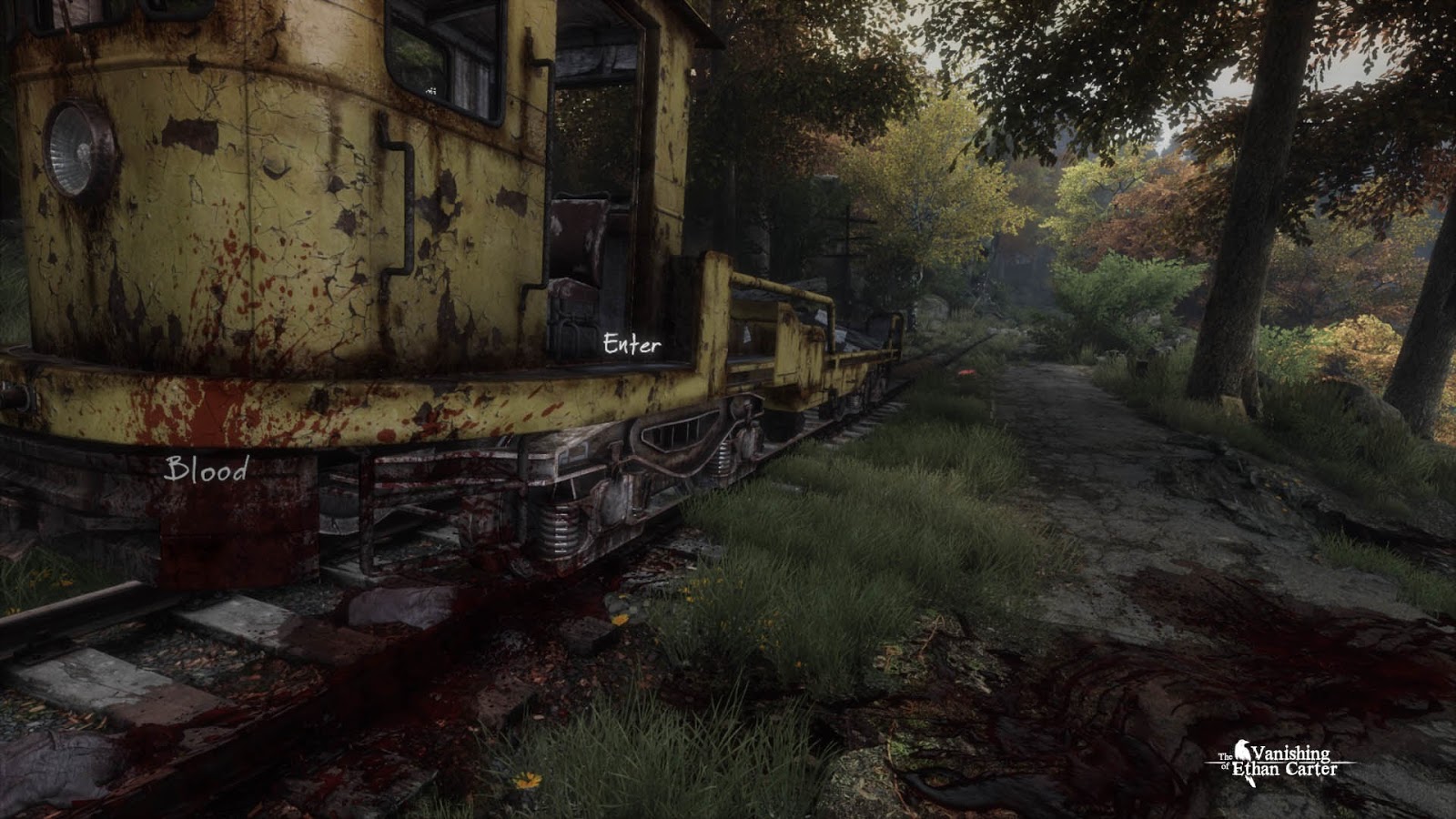 Sometimes the finding of clues is simply a matter of stumbling onto them and reading them. At other times you will be tasked to find items to help solve fairly simple environmental puzzles. In other instances you will be asked to find multiple sets of clues. Each new clue Paul finds will allow him to ‘see’ more of what happened through his supernatural gift – until the entire scene plays out. One scene somewhat early on has you reconstructing the crime. The step-by-step assembly process actually reminded me of a similar scene in Arkham Knight about a third of the way through the main storyline. In both instances it really felt like I was a detective trying to put things together, and this game deserves credit for managing things so well.

The Vanishing of Ethan Carter is a well written supernatural mystery with gorgeous environments and simple but fitting music that help to sell the immersive experience. There are enough gameplay mechanics to help elevate the title beyond just a walking game, despite the actual threat of death and combat. The end result is a memorable story worth the five or so hours you will spend playing through to the end.