Almightree: The Last Dreamer is a good example of how well a mobile based title can perform when being ported to something like a PC. Using either a keyboard or a controller, fast thinking is going to be required in this puzzle platformer as there is no time to sit around smelling the flowers with the entire whole world literally crumbling around you. The world of Almightree is a 3D one viewed in an third person isometric style that allows for a proper bird’s eye view of the current surroundings. Using this view is going to come in a lot of use in order to guide our Last Dreamer to the seedlings of the Almightree. These seedlings are the only remaining things that stand a chance in order to save the world from the destruction that is currently on-going. While the concept itself may not be a complicated one, the practical application however can be as there are no straight paths at times leaving it up to our Dreamer to make one.

The controls used to move our Dreamer along are simple yet elegant in their own manner. The world of Almightree itself is designed in blocks that can be moved around if they are within the possibility to do so before the crumbling settles in. In order to move left, right, up, or down, tapping on the direction twice or simply holding that direction down will execute that movement. If only selected once then our Dreamer will instead simply turn and stare in that direction which will come in handy with the power that he receives in order to translocate anything of a living matter in order to move on. The platforming itself is simple enough with the ability to run in any direction in which there are blocks present. This holds true for moments in which there are multiple altitude levels either raising higher or lower from the current position. As long as there are blocks then everything will run smoothly. What if there are no blocks? That’s where the power to move living matter comes into play in order to create a path. This will need to be performed swiftly enough however because the crumbling of the world is stopping for no one and our Dreamer is not yet ready to throw in that towel.

Moving matter from one location to the other is easy enough. All that needs to be done is to select an empty space, run to a block that is accessible, select it, and it will instantly move. This is pretty easy and the first few stages smooth players into this notion in order to get them comfortable with this idea. Any empty space may be chosen in order to move a block to either create a new path or simply remove obstructions from a currently existing one. As the stages pass by however, things become increasingly more difficult in order to figure out which is where the puzzle elements really start to shine. Metal blocks are introduced that cannot be moved just as flowers that can shock you will slow down your progress if you are not careful enough. Already is there little time available and these distractions will require some quick thinking at times in order to make it through. 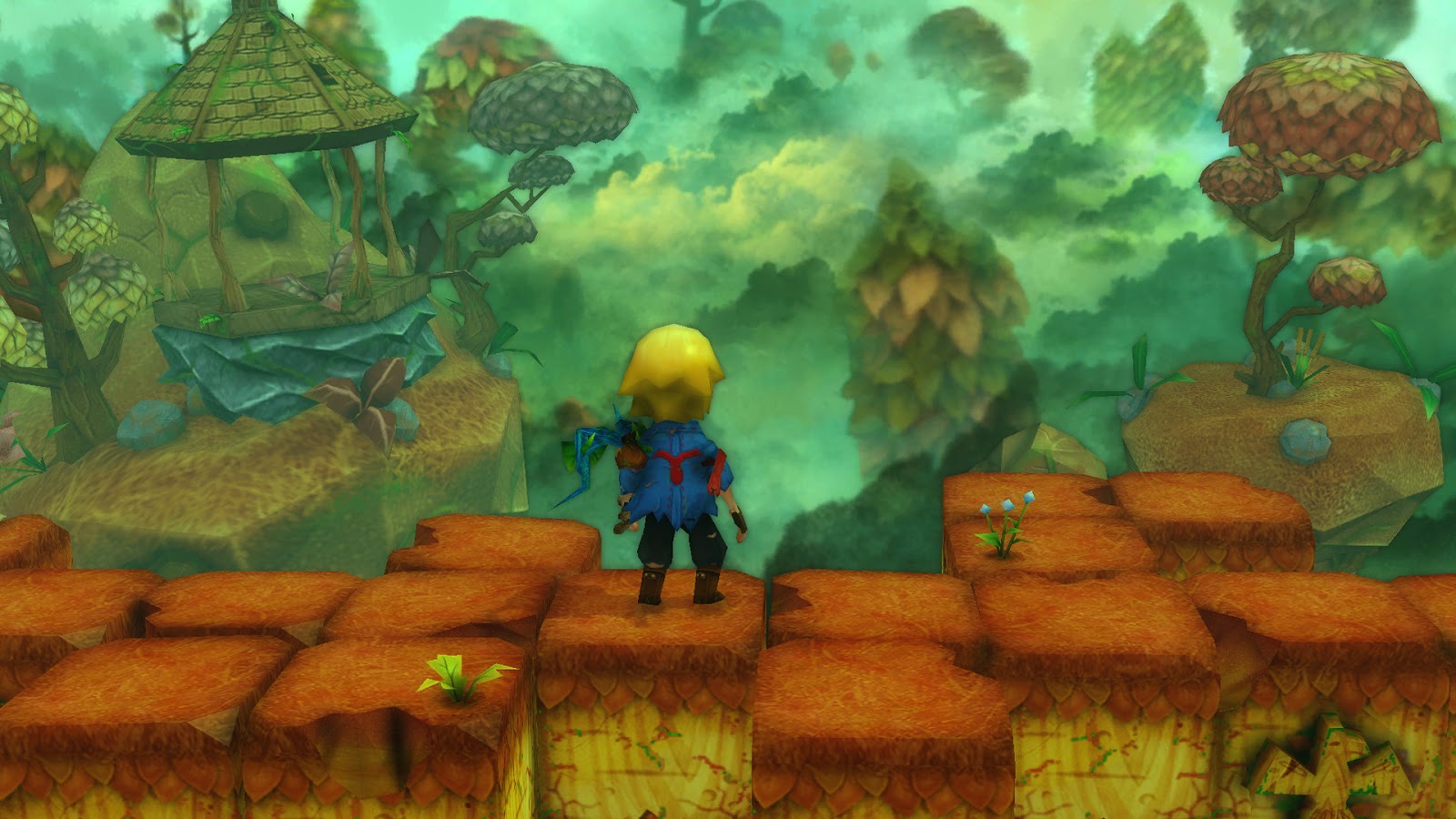 Mistakes will happen and thankfully our Dreamer has access to one other neat tool. The Undo. The Undo function allows backstepping up to three actions prior in which an action will be described as moving matter around. Why not just move it back to where it was? Sometimes after having moved one thing moving backwards is almost all but impossible. It is in these moments that players will be happy for this function. The only thing to be kept in mind during this time however is that the Undo does not give players back the time that they’ve already spent but instead will have to move even faster to make up for what was lost while they redo their actions in a proper manner.

Almightree: The Last Dreamer is a great puzzle-platformer that offers lots of different challenges through various difficulty modes. This makes the experience feel just right for players of various different skills levels instead of simply targeting one specific group. Merging in a timer like system in the form of a crumbling world was a nice touch as while it does force one to hurry, it was less stressful than a ticking clock counting down to your doom.