Having had about a week of my life sucked into the Netherworld, I can say with complete confidence that fans of the Disgaea series are not going to be disappointed with this latest iteration in the series. There is an amazing variety of systems in place and numerous ways to improve your team’s memorable characters. For those who have not tried this particular strategy series – let me say this: Disgaea 5: Alliance of Vengeance is an excellent place to take the dive. For returning fans? You are not going to be disappointed. 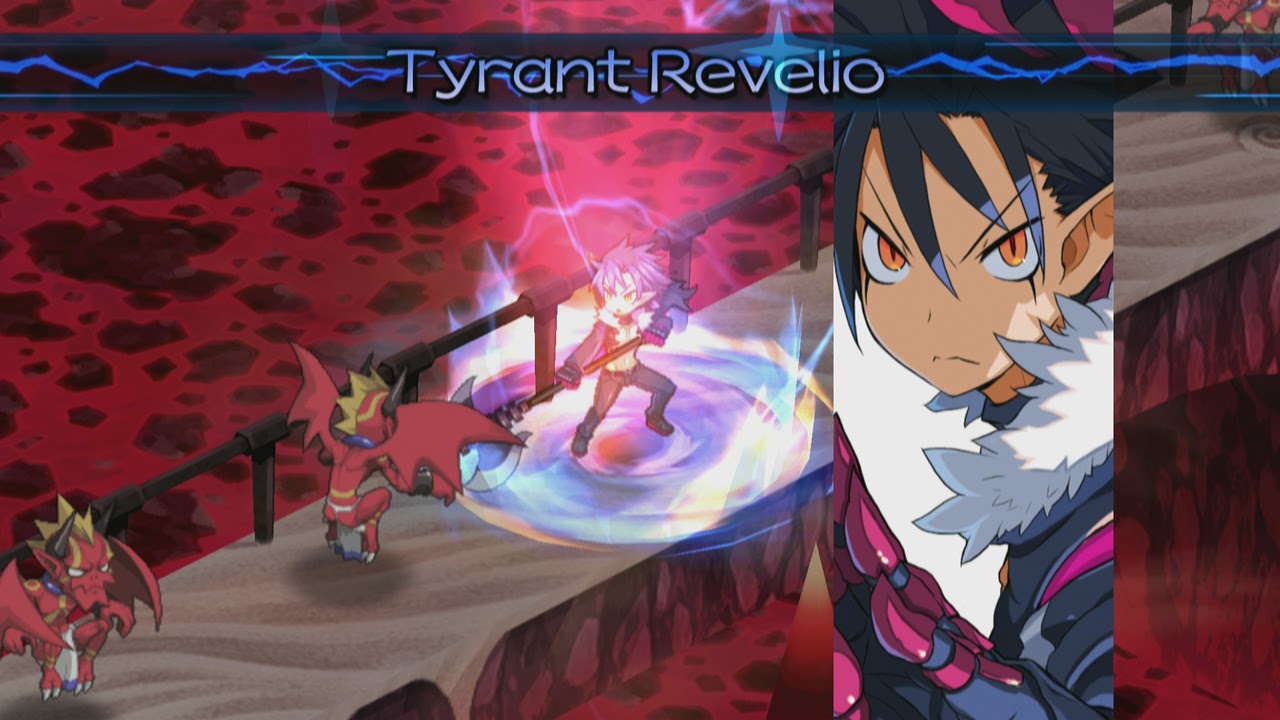 Finding its way to the PlayStation 4, Disgaea 5: Alliance of Vengeance introduces us to a truly interesting cast of characters. Whether we have funny characters like Red Magnus or Seraphina at the forefront, or the more serious Killia, many of these will go down as memorable for me. We start with a female Overlord – the aforementioned Seraphina – who is fighting a losing battle as things open. She and others are making a stand against an ominous figure known as Void Dark.

If that name alone doesn’t give you an idea of the tongue-in-cheek humor on display here, then perhaps the introduction of our primary warrior, Killia will. See, he seems to have happened upon the battlefield, sitting down to eat a bowl of food mindless of what is taking place. He initially comes across as shallow or careless, but as time goes on the idea that he has an act of vengeance to carry out indicates a much more serious character than one might assume Killia to be.

Of course, any of the serious tones are complemented by a metric ton of humorous ones. The earlier games in the series have always been funny, but I felt that there was room for more serious conversations and plots. There is certainly more of that here, and I think the game is better for it by balancing the humorous with the serious. Take Red Magnus for example, as he is is all about being the most powerful Overlord. He works the word ‘Super’ into just about every other conversation. He is ridiculous but funny as well. Other characters come and go throughout the following chapters, making Disgaea 5 almost as much fun to read as to play – and that is good since there is a lot of reading to be had. This is a very dialogue-heavy, menu-driven game with loads of text.

The first chapter deserves credit for easing players into the basics. When there is a new mechanic introduced, the characters always discuss it at the beginning of the stage. If it is a more important and potentially complicated system, then there is a scripted tutorial that plays out so it can add the visual element to its show and tell. The Disgaea series has always been among my favorites (you can read my review of the fourth game – arguably one of the best games for the vita Vita if you like), but it is not always the most approachable since there is a lot to know and the pace of the game is a slower one.

However, the way new systems and mechanics get introduced along the way in Disgaea 5 makes certain that players are not going to get overwhelmed. During the first chapter, the game is focused on teaching you how to fight and to build up your team. Later chapters will introduce squads, powering up items and how to interrogate prisoners. Yes, that is a thing – and it is far more playful than it sounds. You can hit them, or talk them into submission. Your choice. During the help menu there is an option that asks: is this really okay? A fair question as you are interrogating a capture. The tutor gives you a one word answer: Yes.

So despite the sense of humor constantly at play here, there are some serious tactics in play, and that is where you will spend the bulk of your time. Some strategy games concern themselves more with terrain and how that factors into the hit/miss ratio and damage done. Here Disgaea is heavily focused on range. Most attacks require that you be right next to a unit – which can be dangerous. Units can, but do not always counter. Sometimes, units will counter a counter. So the best laid plans are subject to unexpected results. Another mechanic that has long differentiated Disgaea from other strategy games is the ability to stack characters on one another. This has multiple uses, such as saving a character from potential damage or throwing them several squares away – allowing them to move further in a turn than they would have by merely walking. 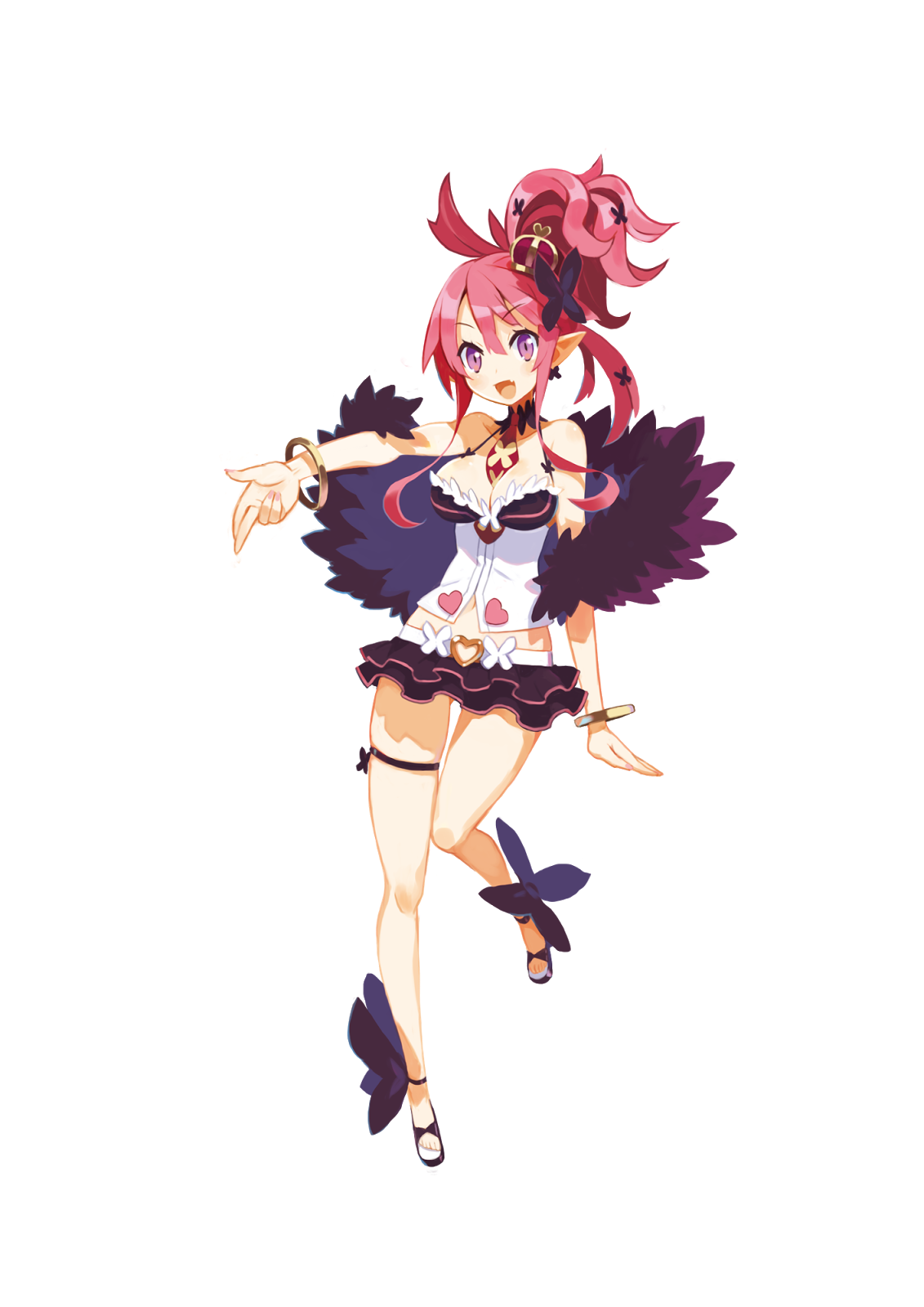 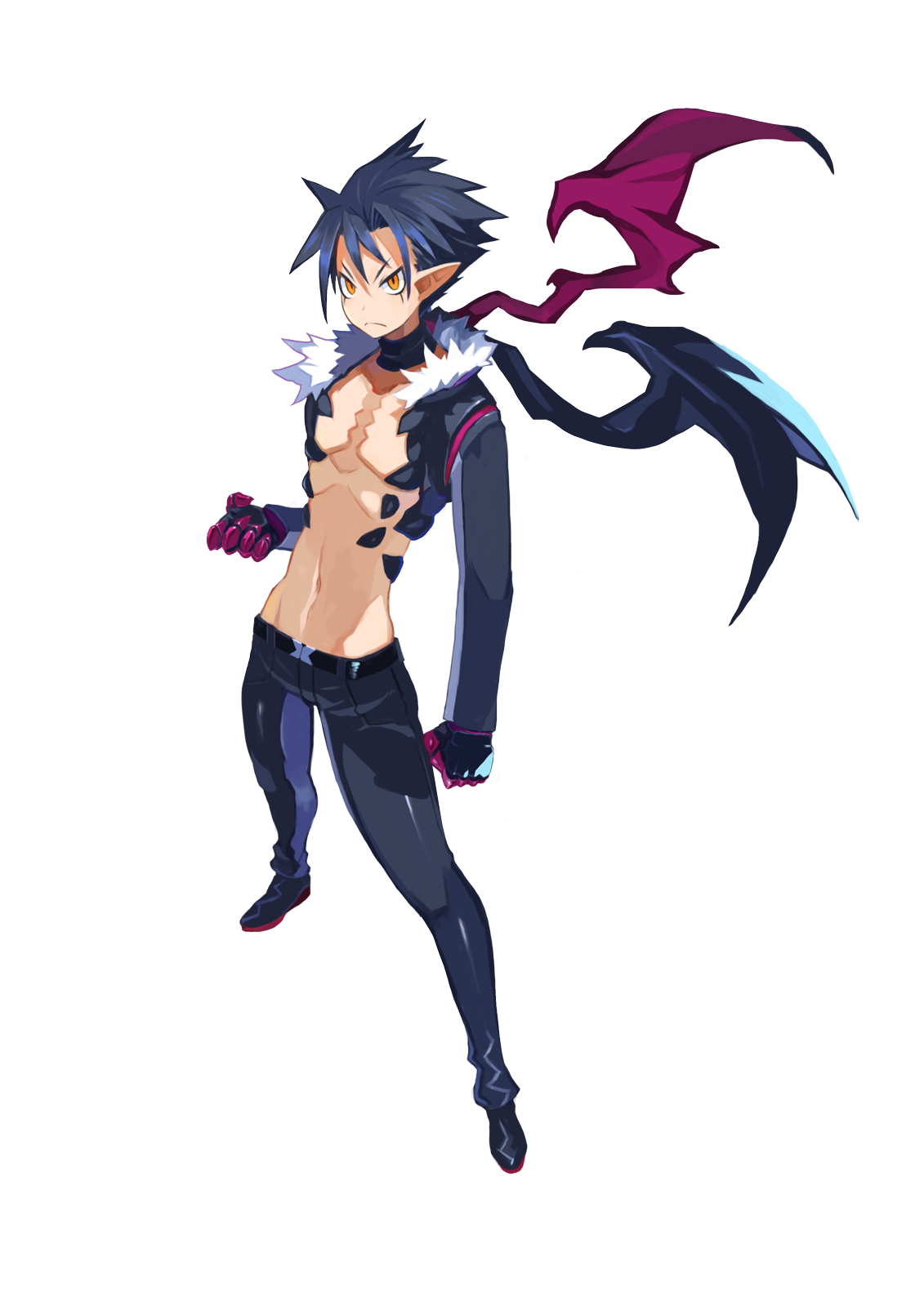 There are plenty of new features as well. I won’t get into all of them right now, but let’s go ahead and cover one. The Alliance Attacks that allow characters to combine for special attacks that add some extra animations and do plenty of extra damage.. It relies on a couple of things, such as how they are aligned with one another on the battlefield. It is a small but welcome addition that definitely impacted how I set up my characters when triggering attacks. Add to that the flashy nature of them and the characters looking sharper than ever on the PlayStation 4’s hardware, and there is a lot to like about the game so far.

For those considering the series for the first time, the gentle learning curve and numerous tutorials combine with a devilish sense of humor that should make this game very approachable. For returning fans of the series – rest assured that the strategy game you have come to love is true to its roots while expanding what it has to offer. It is worth noting that there is an incredible amount of content to be had here (there are a lot of different Netherworlds to contend with) and some truly challenging stages that make you think outside of the box (that mage… on the tower… she gave me fits at first). As long as the slower pace of a strategy game does not turn you off to the genre by default, there is plenty here that should appeal to gamers.

Disgaea 5: Alliance of Vengeance releases October 6th, so just under a month from now. We will have our fully scored review well before that – but in the meantime enjoy the game footage we captured and embedded into the article and let us know if you have any questions, Doods!