Disgaea is back with its usual collection of over-the-top characters, ridiculous humor and of course, mountains of serious strategy. Disgaea 5: Alliance of Vengeance introduces the long running series to the PlayStation 4 and the transition is a fantastic one. There is an absolute ton of different things to do and if you don’t mind a little (or a lot) of grinding in your strategy games, you will find your time here to be well spent as Disgaea 5 is in the running for my game of the year. 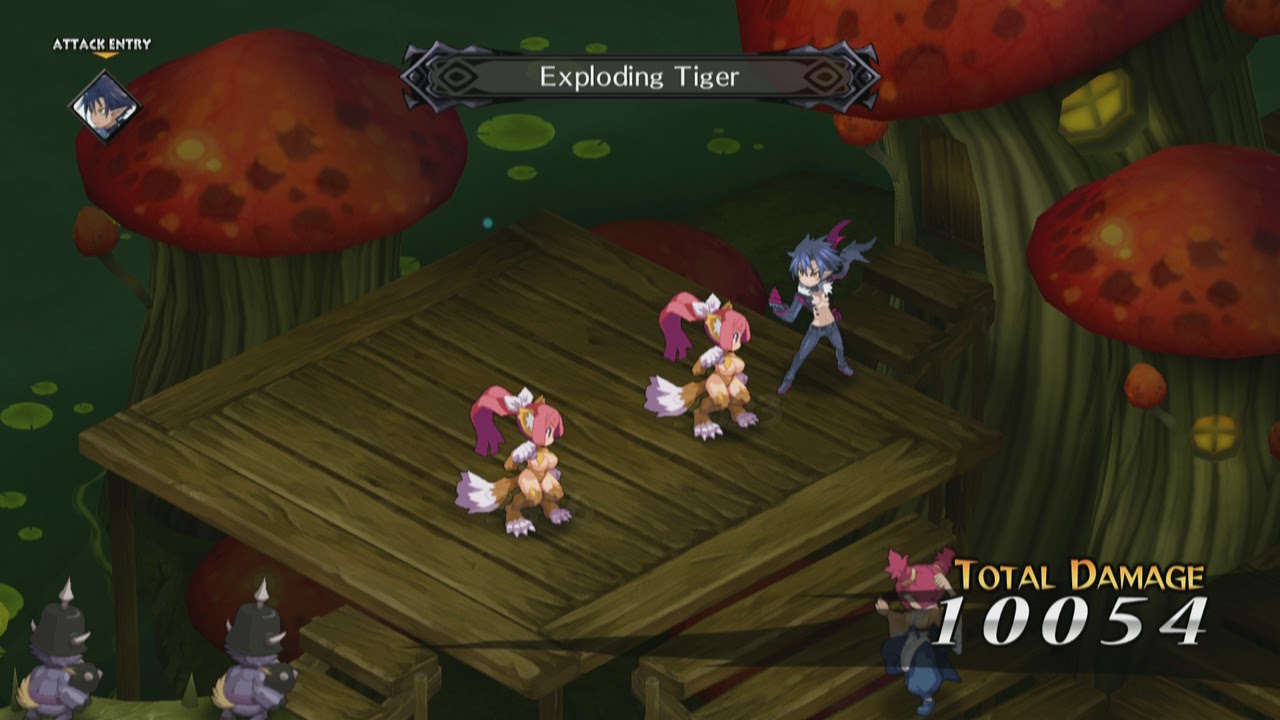 Anyone who has been following the site recently likely knows I have been a huge fan of Disgaea for some time now, though in truth that was not always the case. Most of the strategy games I grew up on were rather serious in nature, and when a buddy initially introduced me to the first Disgaea, it absolutely did not resonate with me. The anime style characters, the quirky sense of humor – it just did not stick. My buddy claimed to have spent more than one hundred hours with the game, and I probably looked at him like he had grown horns out of his head, not unlike some of the wacky demons that occupied the Netherworld.

A funny thing happened when the second title came out and the same friend encouraged me to give it a try. Somewhere along the way, my rigid view of what a strategy game ‘should be’ had faded and I was far more open to the zany characters, colorful world and unusual tactical elements found in the game. Since then I have been thoroughly hooked on the various games in the series. There have been highs and lows, but generally speaking the Disgaea series is one that I get excited about, and that held true in my preview and now through to the review for Disgaea 5.

The story is centered on a powerful villain named Void Dark. Void Dark has been taking over different Netherworlds – forcing their people into subjugation and destroying those who defy him. While the tale technically starts with Seraphina – a woman who’s father tried to marry her off to Void Dark against her will – the focus quickly shifts to the far more somber Killia. Killia is not nearly as silly or rambunctious as some of the leads in other Disgaea games, but quirky characters like Seraphina and Red Magnus more than make up for it. “Sera” (as Red Magnus likes to call her) tends to pop off pretty quickly. She likes to shoot people with her gun, claiming that she is too beautiful for them to resist. In a related note, her Overlord Overpower enchants all male characters near her to be on her side for one round. It is a rather silly skill for a silly character, but it makes sense within the context of the strategy and bailed me out of trouble on several occasions. 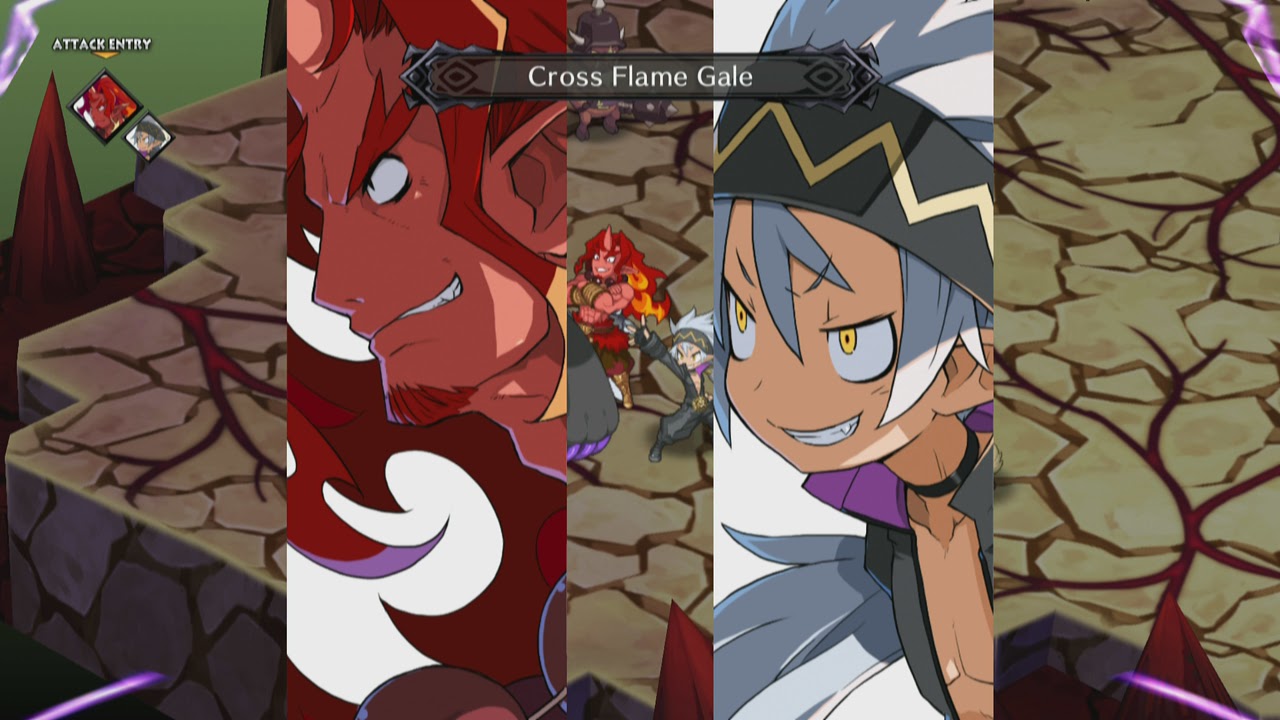 Overlord is the term that gets used to describe the most powerful demons – one from each Netherworld. You will have plenty of options for creating new characters whom you will be able to add to your party, but before too long these generic characters get largely phased out by the more notable Overlord characters. They simply have higher stats, a special super move each and tend to be far more distinctive than the generic characters you drum up. Some of these abilities like Seraphina’s aforementioned charm ability is great in a tight space, while Red Magnus can turn into a titan of destructive power for three rounds. Each has their place on the battlefield, even if you do not necessarily latch onto their personalities.

The Disgaea series has always been pretty wacky, and it was one of the reasons I struggled to get into the first game. However, I have since come to embrace the personality of the game and the characters who comprise it. Some of them work better than others. Red Magnus certainly drops the word ‘Super’ a few times more than I cared for, and Seraphina is a one-trick character who never really develops into a substantially deeper character than she starts with. Others make some solid progression as characters, and at the heart of Disgaea 5 we have a serious story, even if it is told in flippant way to garner laughs.

Beyond the characters and story however, we have the various systems that are in place. Most are going to be familiar to returning players from the previous games. Item world is still a great place to level up your gear (though in truth I would recommend saving it for later in the game unless you get very stumped). The character world has a fun sort of board game feel to it. There is a room where you can interrogate captured prisoners. There are shops, voting halls, Prinnies (you can’t forget the Prinnies) and more that populate the game. The Netherworld serves as a sort of hub where all of this content can be accessed, and there is a lot there.


The core game itself will take around fifty hours to beat – which is no small amount. Like prior Disgaea titles, you will probably spend some time grinding. Some levels are better suited towards quick grindfests than others. I generally tried to avoid overdoing it unless I was stuck on a particularly challenging stage. Oftentimes though, those stages that stumped me had less to do with the strength of the enemy and more about how I tried to tackle things within it. For example, there was a somewhat early stage where a mage sat perched on top of a tower. You have to grab some nearby skulls to build up a platform in front of it and then use one of your stronger characters to throw someone up to that level so the combat could commence. Otherwise that mage was perfectly happy to rain magic down on me from her perch of safety. Different stages have different effects that influence the way you play as well.

As for the combat itself, it is a grid-based, somewhat turn-based system of strategy. I say ‘somewhat’ turn-based because the system employs making decisions and then executing them. They do not fire off until you trigger them. This makes it really easy to stack attacks and line people up just the way that you want them to. That is helpful since there is a system in place that allows teammates to help one another at times, creating a more powerful (and often visually ridiculous) combination attack.

Another interesting new mechanic is the Revenge mode. This fits in with the game’s title (especially since all of these characters seem to have some degree of vengeance on their minds), but as characters and teammates are damaged or slain, other specific characters will get amped up over it. When their revenge meter maxes out, they enter a Revenge state where they deal more damage and use skills at a greatly reduced cause. During this stage the Overlord characters can also trigger their super abilities, though they can only be activated once per stage – so choose wisely. In addition to the normal things found in strategy games and the newer tweaks, Alliance of Vengeance still offers tactics unique to this series – like picking up/throwing/stacking allies and enemies. 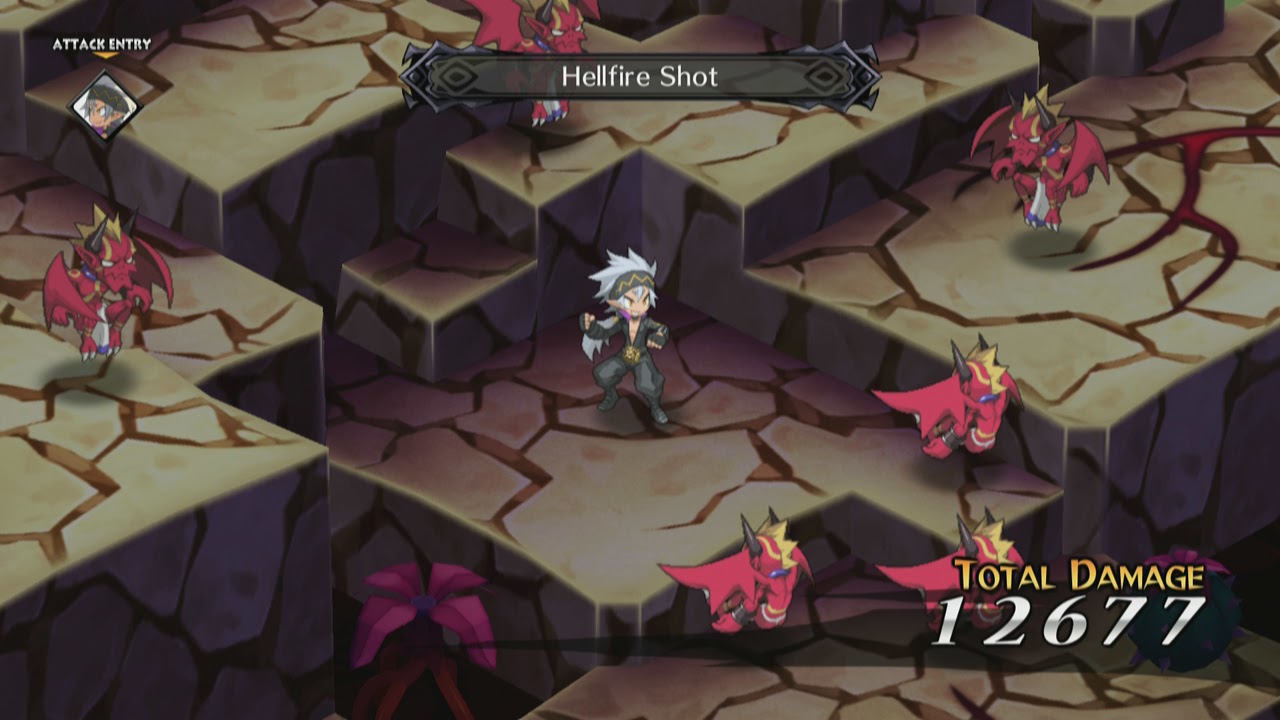 There is a lot to like here if you are already familiar with the series, but for those who are new to it – or strategy games in general, Disgaea 5 can serve as an excellent starting point as well. There are a ton of tutorials that can be viewed and read through, and almost every one of the numerous game menus has a help option that explains a mechanic or system. That does not mean that Disgaea 5 is necessarily an easy game to get into. The strategy genre in general tends to be a thick, slower paced type of video game that requires you to invest in it before you can fully get much out of it. However, as a genre strategy with RPG elements tends to be among my absolute favorite because once you weather the learning curve, there is generally a great deal to enjoy. This is especially true of Disgaea 5.

In terms of the music, voice acting and visuals, Disgaea 5: Alliance of Vengeance holds up rather well. The voice actors have a lot of lines to deliver, and there are some familiar voices behind several of the characters. The music is fitting and the visuals – while not earth-shattering, are colorful and pleasant. Characters are still sprites, but they are large, smooth and fluid. While the detail of the graphics is not testing the PlayStation 4 hardware, there are some pretty sizable maps with very large numbers residing on them. This makes the battles in Disgaea 5 feel bigger and better than anything from the series previously, and I suspect that this is where the additional processing power comes in handy.

Disgaea 5: Alliance of Vengeance offers fans so much of what they love. The core game is true to the series, while tweaks and additions offer more than enough reason to come back and experience a new story. While the proper campaign already takes a few dozen or so hours to complete, the number could easily push to over a hundred hours depending on just how many side scenarios you want to run through. Disgaea 5 feels right at home on the PlayStation 4 and is another great entry into the series.

By Nick
Follow:
Owner, Founder, Editor in Chief—Currently a reviewer for Chalgyr's Game Room covering all platforms
Previous Article Super Mario Maker – Wii U Review
Next Article A look at Might & Magic Heroes VII a week before it releases