Gryphon Knight Epic is a Horizontal 2D Shoot ‘Em Up that does a few things a bit differently than the norm. Drawing in certain elements of platformers, there’s much more to this Gryphon Riding Knight of Justice as he traverses the land to not only save it and his once companions, but also himself from a Darkness he left behind. 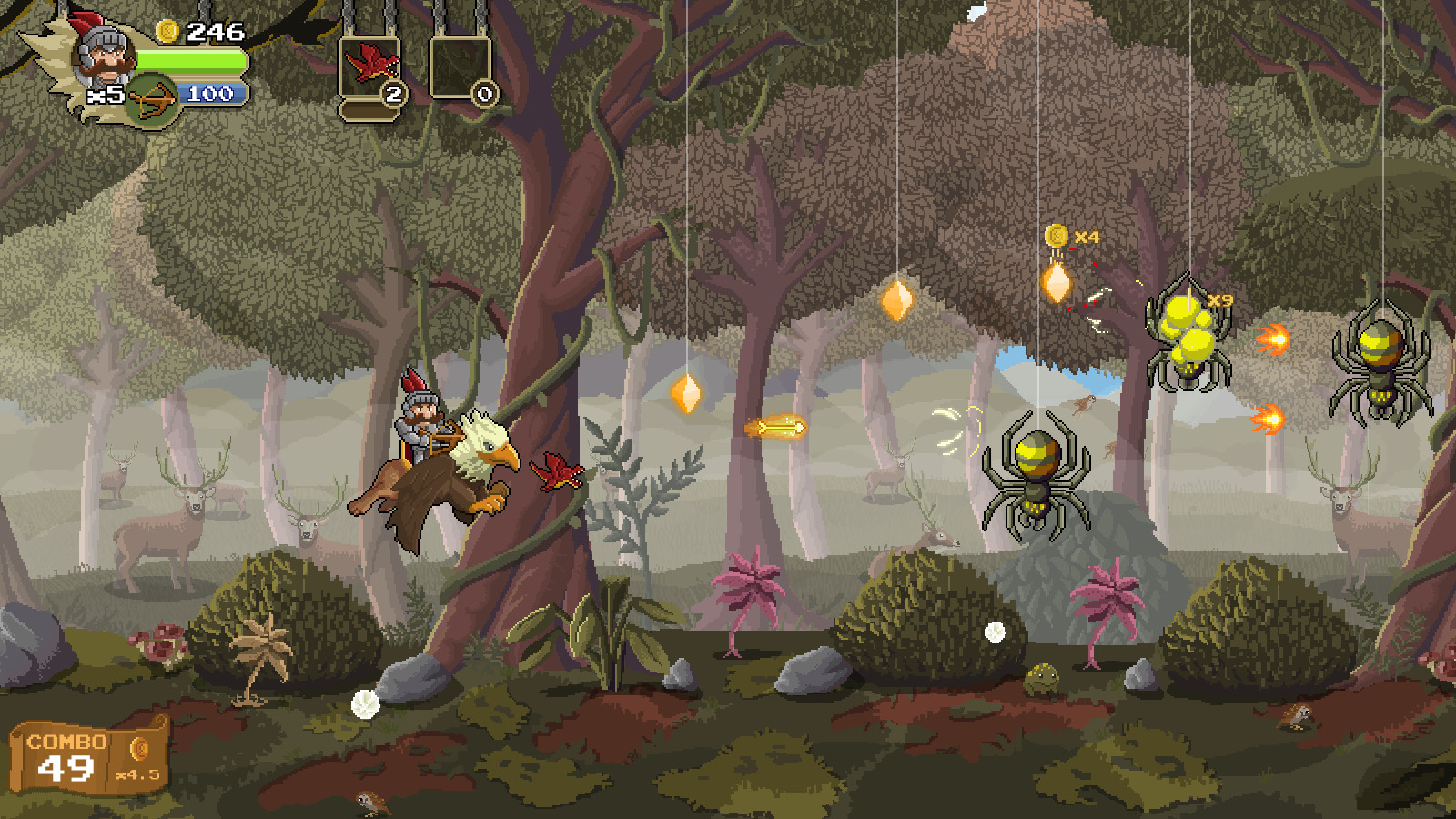 Other than flying around on an epic and invincible Gryphon mount named Aquila, one thing in particular really stood out alongside the action. Gryphon Knight Epic does more than provide fairly solid, and at times hard to very hard and awesome, Shoot ‘Em Up opportunities by adding in a decent amount of narrative to complement the reasons for this quest across the lands. Sir Oliver, protagonist and Gryphon Rider, once gathered allies while on a quest to restore peace to the land from a rampaging Dragon. Not only did this Dragon burn the countrysides, but he also so happened to have abducted the Princess. We love cliches!

Having defeated the Evil Dragon and rescued the damsel in distress, Sir Oliver missed out on getting any of the Dragon’s Hoard as he was too busy falling in love with the Princess. Instead, he wound up with nothing more than an amulet while he wasn’t paying attention. Who seriously needs legendary weapons though when gaining the love of his life and her hand in marriage anyways? Years have passed and peace has made Oliver bored and mildly round. Thankfully our Sir Oliver didn’t grab any of those weapons because they just so happen to be imbued with the ability to bring out the Darkness of the Soul. If that wasn’t enough for him to worry about, his own acquired amulet instead of bringing out the darkness as the weapons have instead cast it completely out creating its own entity. Taking back up his crossbow, Oliver and Aquila head out to once again save the land. 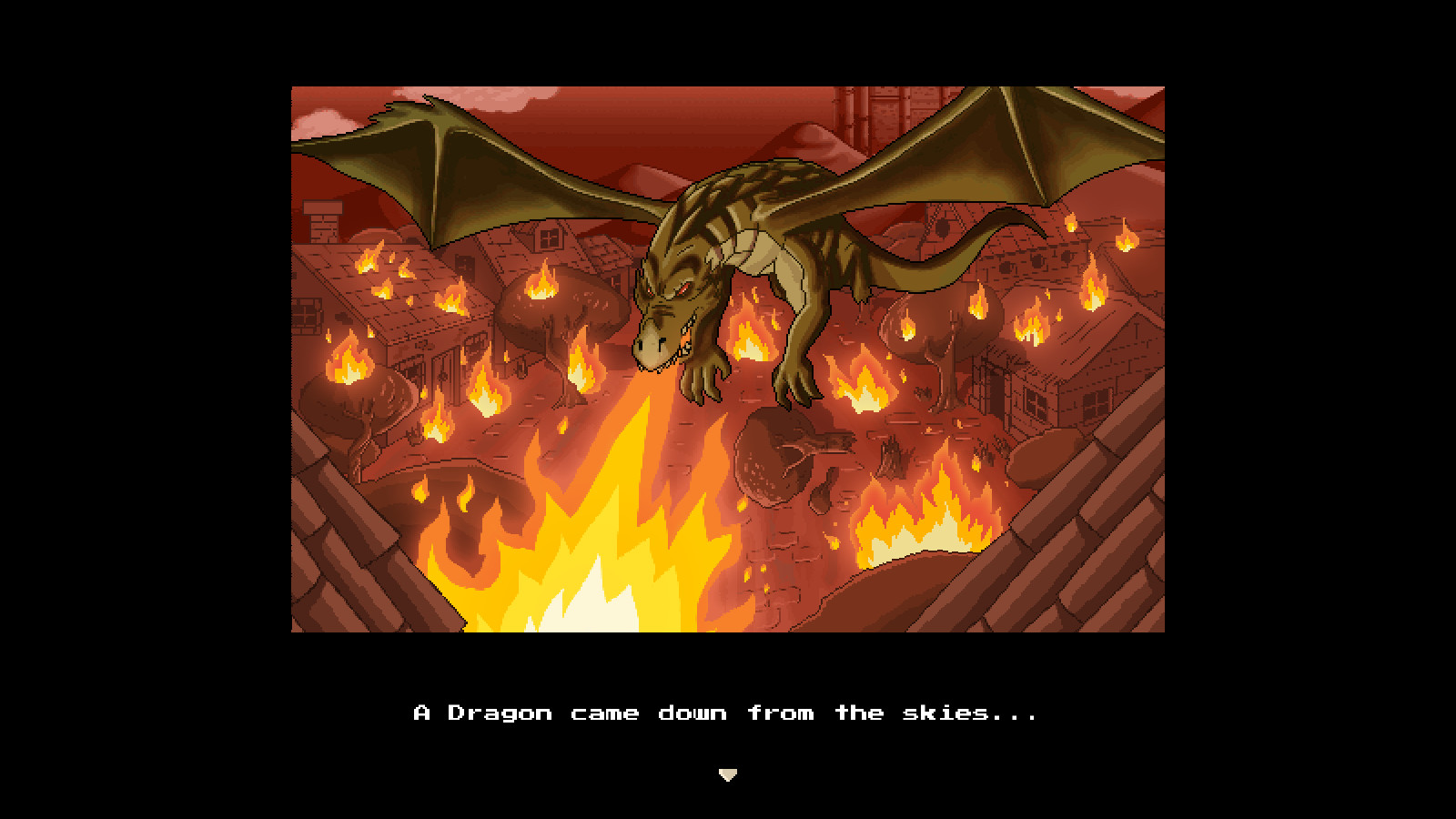 Starting off with nothing more than his trusty Crossbow, things get interesting as the screen automatically moves in the direction that Sir Oliver and Aquila are facing once they take to the fields. While this would generally be normal enough for a Shoot ‘Em Up, Sir Oliver can guide Aquila to turn around and simply go back the other way. This feature leads to several platforming like elements that were added in. At certain points the automatic movement of the screen will stop there will be options in order to move in another available direction or simply go backwards which could be useful when gathering money to buy upgrades later on. This system was well thought out as in certain cases it was entirely possible to full circle back around something because a further gate was opened allowing our duo to come back to an earlier point but with more features in tow.

As previously mentioned Aquila does not take damage so Sir Oliver is going to need to be careful! Equipped with a Health Bar and five lives, learning to shoot, dodge, and return fire on those trying to kill you is going to be important as no punches will be held back on their part. As an incentive to do better, a combo counter is in place that will steadily add more gold per kill as more enemies are defeated. This can really help to upgrade existing equipment or buy new potions and companions. Be warned however as a single hit will destroy this counter setting it straight back to zero while also taking with it a portion of your health. 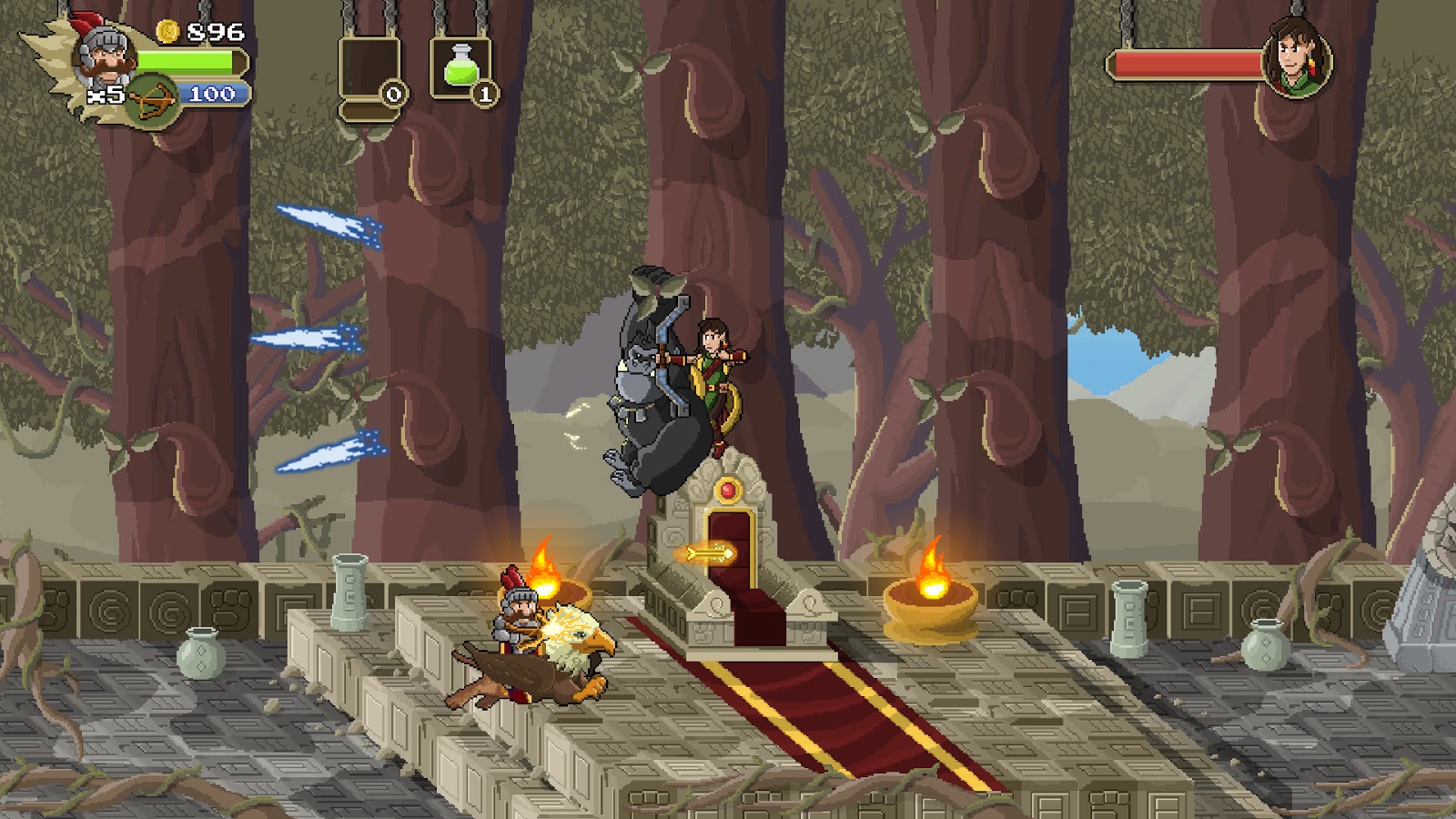 Because going at it alone is rather inadvisable, Sir Oliver can also bring in a companion to aid him on his quest. These companions come in a variety of functions such as fireball breathing dragons, life leaching vampires, multi-directional shooting witches, and more. With all of their varying features and the ability to swap them on a moment’s notice, there are no real times in which one will be forever more used than another. Like the combo system that rewards more gold the longer that it is held without getting either hit or running out of enemies to shoot down, the companions also work on the same principle. Yellow crystals can be dropped which power up these smaller critters making them more powerful than their base states however be warned that any hits taken will de-power them. If this happens a bit too much then they become useless and won’t do anything until their level is brought back up to at least the first level.

Now Gryphon Knight Epic as mentioned is not your normal Shoot ‘Em Up. With multiple stages and paths to be taken within each, there are times where everything feels more like a Platformer than anything else even if Sir Oliver is flying around shooting at everything that moves. While keeping with the same overall idea in regards of how to proceed, each stage is unique in appearance and enemy design making things feel new each time as well as requiring different strategies for every stage. 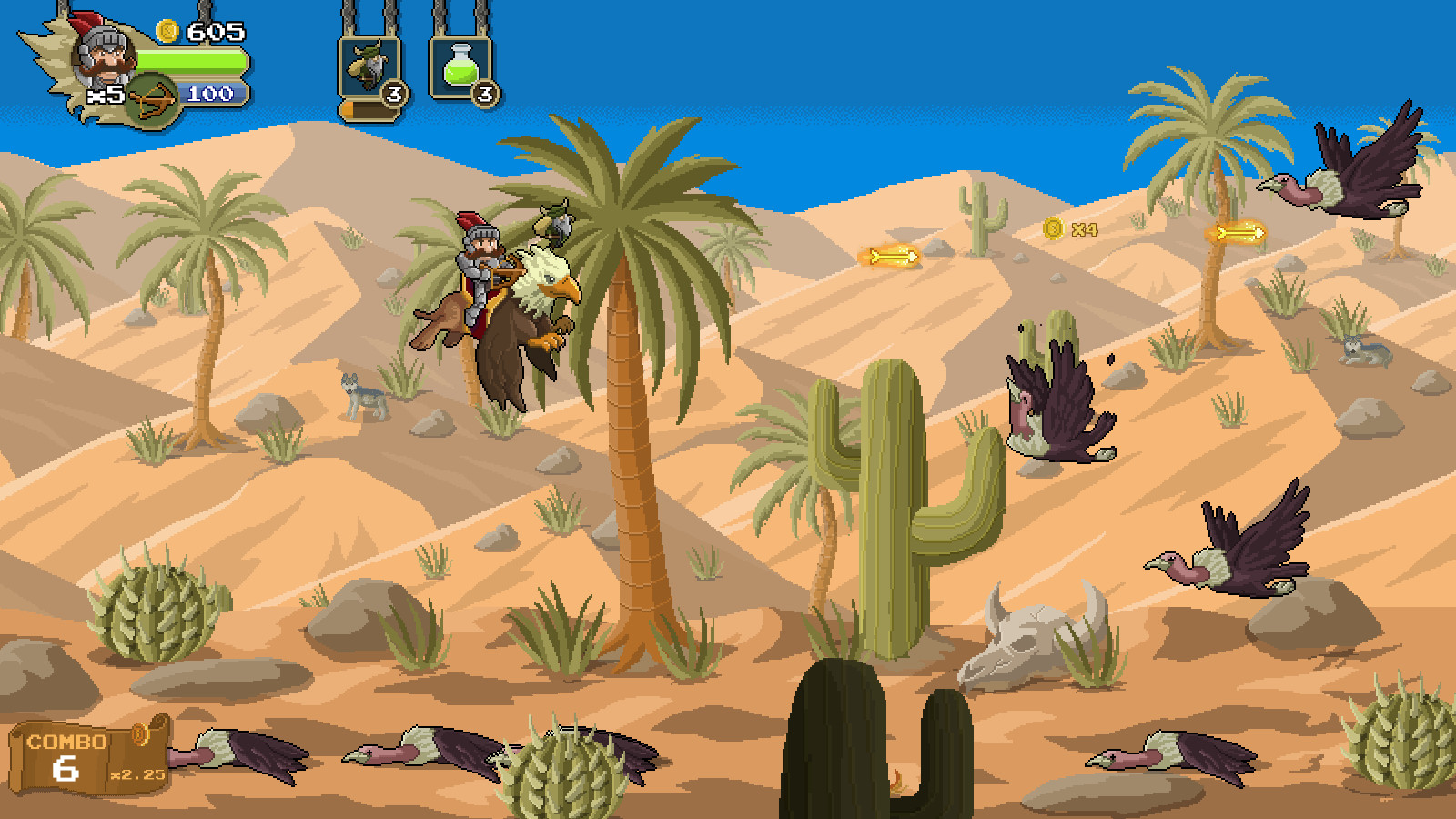 Each stage is designed with a mid-boss and a final boss respectively with our hero requiring to fly both high or low to avoid obstacles, enemy fire, and enemies themselves as they throw themselves instead launching projectiles. Both types of bosses come with their own mechanics that need to be worked out if they are to be defeated. Making this experience even better is the fact that all of these instances come with dialog that is written in such a way that the order in which the stages are tackled does not matter. Adding this to the very interesting fights only helps to make the experience that much better. Actually that’s only half true. What makes the experiences better is that by defeating a boss Sir Oliver receives a new weapon not unlike Mega Man which can really change up how different situations are approached!

Gryphon Knight Epic was a nice change of pace that uses multiple different elements and makes them work very well together. Adding in a well written narrative with plenty of humour dropped in only helped increase the enjoyment and the reasoning for going throughout the land while hunting your former allies in order to save them from their darker selves.