I went into Mad Max really hoping I would enjoy it. Shadow of Mordor was great last year. I love GTA. Bits and pieces of the open world environment, systems, violence – all of it should have clicked for me, but it just never quite did. I spent an extra week and a half playing through the game before writing this review, hoping against hope that the experience would improve for me, but it never did. 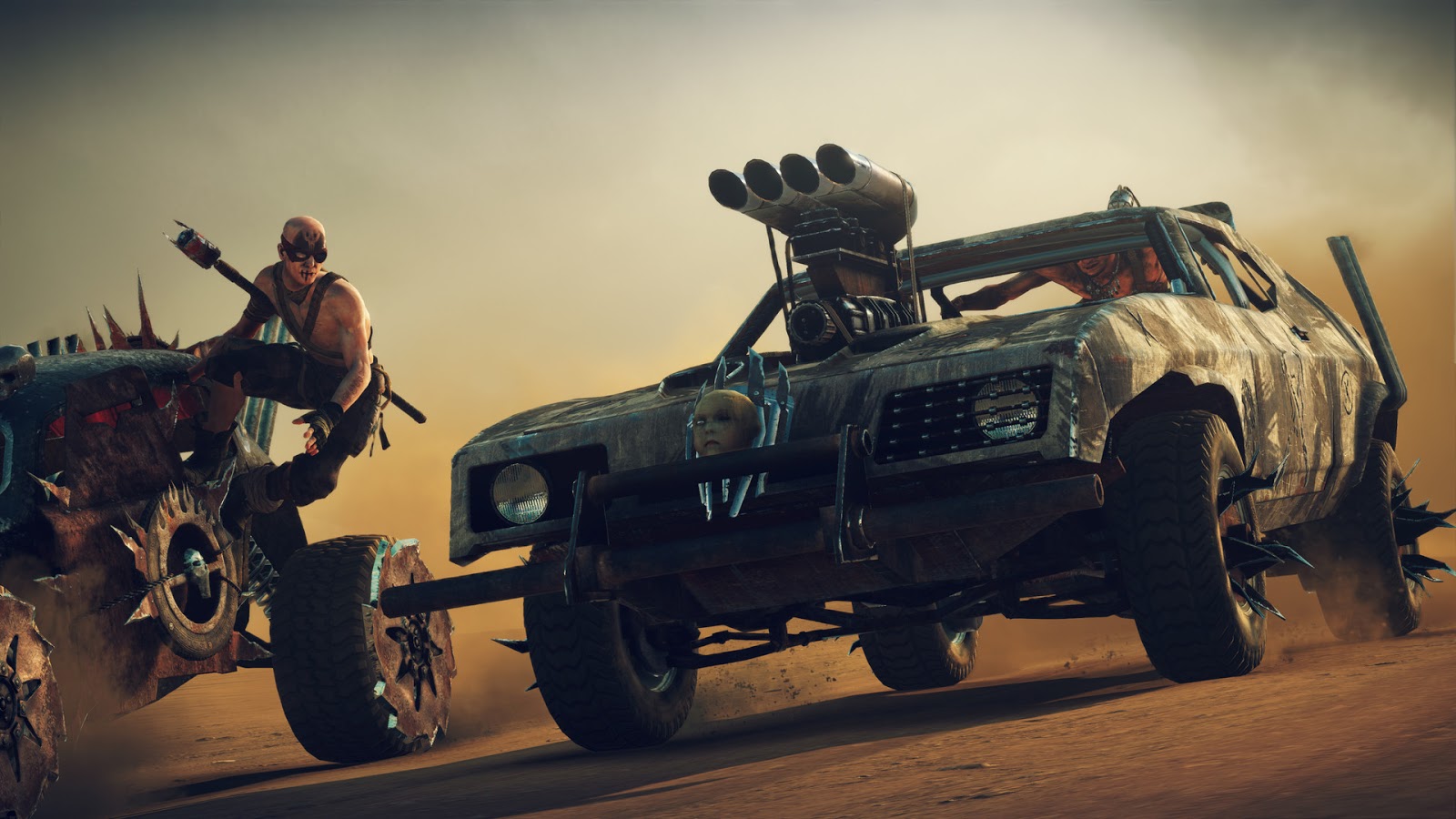 I suppose I should have known that would be the case. Mad Max gets off to an explosive start, with a high octane action scene that leads to our titular hero losing his car and being left for dead. Everything seemed fine right at first. I followed a hurt dog that led me to a weird man named Chumbucket. Despite his appearance, this strange fellow seemed more interested in having his Magnum Opus come to life than anything else.

What is his Magnum Opus? A car. Eventually – your car. Once you lead Mad Max through a plethora of quests that have him tackling regions of a map that will remind quite heavily of how Shadows of Mordor was set up. Each territory has its own small quests and areas of interest nestled into it, and as you overthrow the powers that be in each one, Mad Max helps to free the area and increases his own reputation and abilities.

System stacked on top of system showed plenty of promise, from ways to improve Max physically to bettering his gear to improvements for the Magnum Opus. Time trials for racing, outposts to be tackled and more presented numerous opportunities to keep busy and immerse myself in a desolate, sandy, post-apocalyptic world that bathes in the blood of violence. 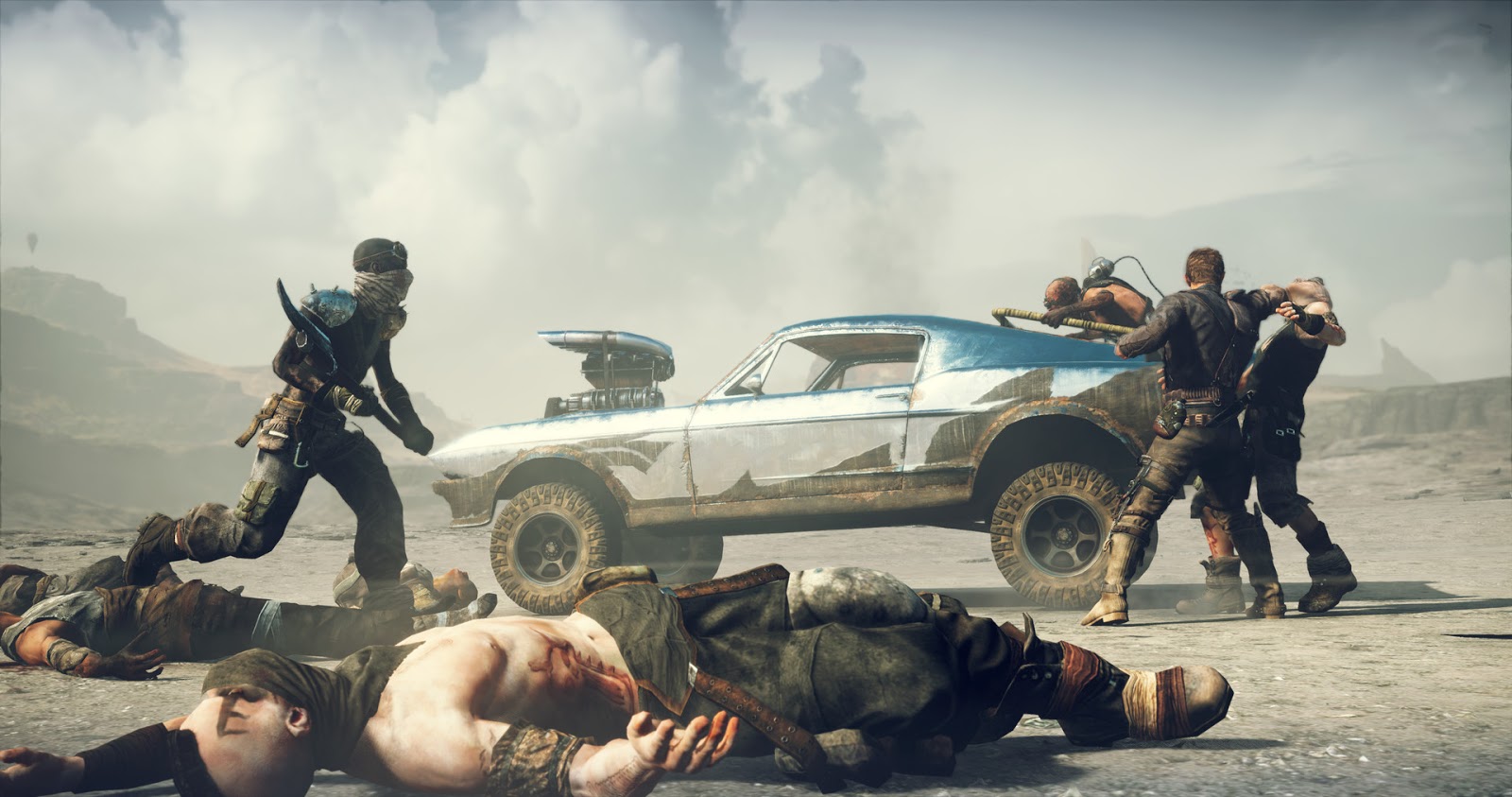 Early on, I felt really good about things. Mad Max sure is a pretty game. Pretty in that dirty, grungy way where the barren dirt makes your mouth dry and the lighting effects do their best to make you think that it is really, really warm out. To that end, the game shines. Additionally, the audio is awesome. Subtle things like faraway shouts play off of my surround sound perfectly and lesser sounds ring out from my controller to try and put me in the moment.

However, cracks started to show up in the game sooner than later. Little things, like the first encampment I visited. I was tasked with an optional quest to find scrap. Well, in a game like this, you know that you are supposed to harvest supplies every chance you get, and scrap turns out to be monumentally important – to a fault as I will explain later. However, the first one was easy to locate. The second had a sort of platform vibe to it, where you had to have Max perform a jump to cross what was about an inch or so of screen space. I fell three times before nailing it. This is not our graceful, skilled protagonist bouncing around Shadows of Mordor or Batman, but a clumsy character who quickly soured me on parts of his movement. This shows up time and again, whether it is his insanely slow climbing, clumsy jumping or Max’s ability to get hit by a stone and fall off of a ladder, plummeting to his demise.

Unfortunately the control oddities did not end here. For one, combat is the same combo-heavy stuff you see in Mordor as well – just without the athletic grace, magic and cool encounters with chieftains. If you hated the Batmobile in Arkham Knight, then I have bad news for you, because this is a title that features cars heavily. Now, I will say that I enjoyed the mobile combat more here. In Batman the combat felt rather repetitive, tank versus tank. Here things happen at high speeds and there are some glorious collisions to enjoy. But I did grow tired of feeling like I had to drag that thing everywhere, let alone keep an eye out for things like gas as well. I realize it is all part of setting the world up in an interesting and believable way, but when you have a game that suffers this highly from repetition, why add more housekeeping to your tasks? 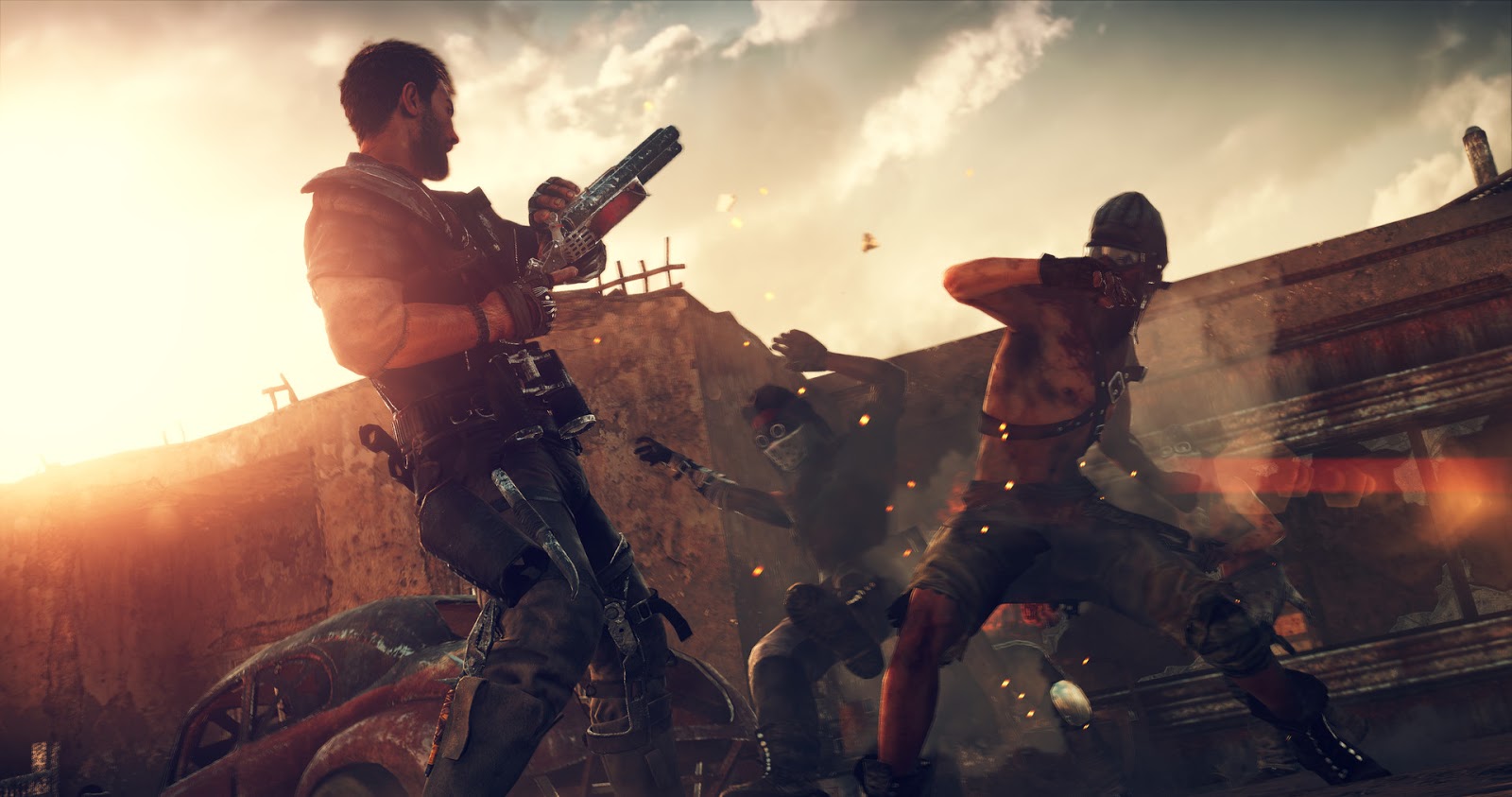 And here we get to the crux of the problem. Mad Max just becomes so damn repetitive that it actually is quite boring after a few hours. The majority of the game starts to feel like a series of fetch quests. Scrap, which you need to get better at… well, anything, is scant and spread out all over the place. Again, I get the idea – you want to make resources scarce. At the same time, you don’t want to make the fun scarce, and too often that is what happens in Mad Max where you spend the majority of your time driving around similar scenery, looking for scrap, struggling through slightly awkward combat until you reach and fight a series of bosses no more inspired than the last one you encountered.

Was the primary storyline or any of the characters particularly interesting, that might have salvaged things here. The basic story however, is that Max needs a new ride and is going to run all over the place for parts, tossing them over to Chumbucket so he can improve the car. There are moments of intrigue here and there, but they never really sustain and I found myself going through the motions more than I was caring about what was going to happen next with the story. Lots of games provide side quests, and when they feel important and tied into the world in a natural way, they are far more enjoyable. Here they simply start to feel like fluff far sooner than I would have liked.

Mad Max is not a terrible game by any means, but I certainly expected more from it. The graphics and sound design are excellent and the core systems provide for some fun upgrading. It is just that once you start to tread outside of the main storyline, there is a sameness to all of your activities and they lack the flair and imagination of the similarly built Shadow of Mordor. Maybe I am scoring too harshly because my own expectations got scuttled here. Mad Max has plenty of unrealized potential, but at the end of the day, I really cannot recommend it to people either.