The interesting thing about Early Access games is how far along they can feel like they start off compared to how far they still have left to go. Onikira – Demon Killer falls somewhat into this category being somewhere along its Alpha stages while providing a clear image of where it wants to go with solid side-scrolling brawler action. 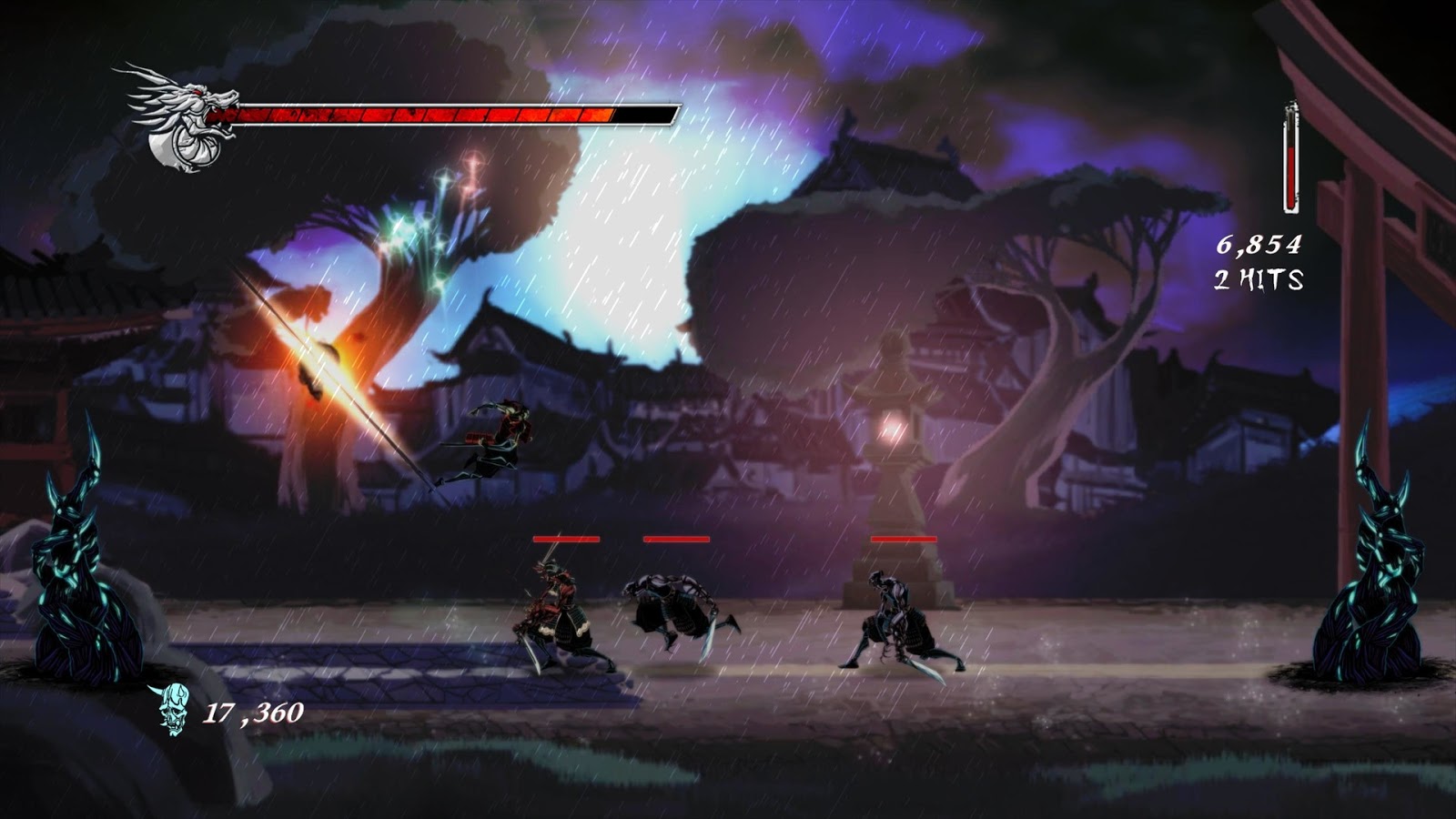 Falling into the same vein as Vanillaware’s Muramasa the Demon Blade, Onikira – Demon Killer finds players back into the realm of fictional mythological Japan to battle against outside forces that would decimate the “normal” human population. Using an incredibly brilliant art style with colourful backgrounds and much darker but detailed character sprites, players take control of the a Samurai as he makes his way through the hordes that stand against him.

As things currently stand before being cut down mercilessly by our Samurai’s blade, fluid combat does not simply stop with access to a flowing Katana style. Adding in other weapons that can be instantly switched to for diversity and combat flexibility, faster paced weapons such as the Naginata can be used for some even faster paced combos and enemy scooping while floating in the air. Switching between weapons felt seamless while holding nothing more than a trigger on my controller to access that whole other move set. Full controller support already exists within the Alpha and the Xbox One controller worked out very well. 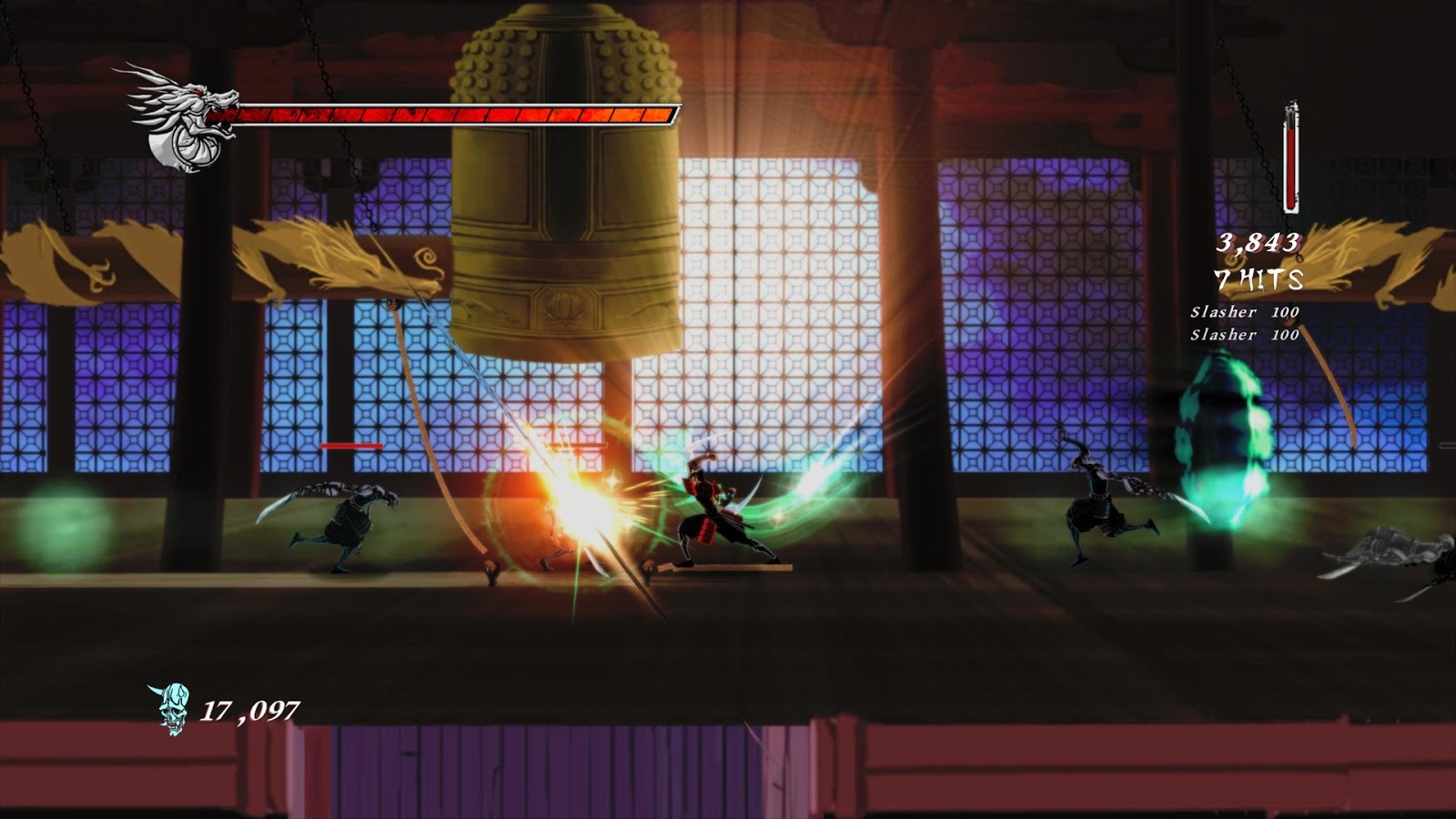 On the subject of fluidity, Onikira is about much more than simply landing the hits. It’s also very much about rolling or dodging around them because they really do really hurt. Who would have thought that the enemies sharpened their blades and are not slouching on the job? Keeping this in mind, our Samurai can double jump, dodge roll, and even dash in the air to avoid enemy attacks. Using these to his advantage not only can the very precious health bar remain intact, but the continuation of the combat hit counter and the grade for doing so to collect more souls helps to purchase new moves.

Being within its alpha stages it is to be expected to run into a few issues. Honestly if anything now would be the time to have them. Onikira does have a few in which most don’t really affect the overall flow such as not having a dying animation most times and instead you wonder why the screen is going dark while still fighting only to realize that “oh… I’m out of health”. Things like this are minor at most and in the grand scheme of things don’t really matter. What can stop the action dead in its tracks however are some glitches that bring our Samurai back to the beginning of the level or simply being stuck in a wall. Those can be a bit more annoying as it requires starting the level over, but, it is being worked on and it is in its alpha stages so things such as this are bound to happen. Overall though? It just means more hacking and slashing for the moment while getting used to the style and the weapons. 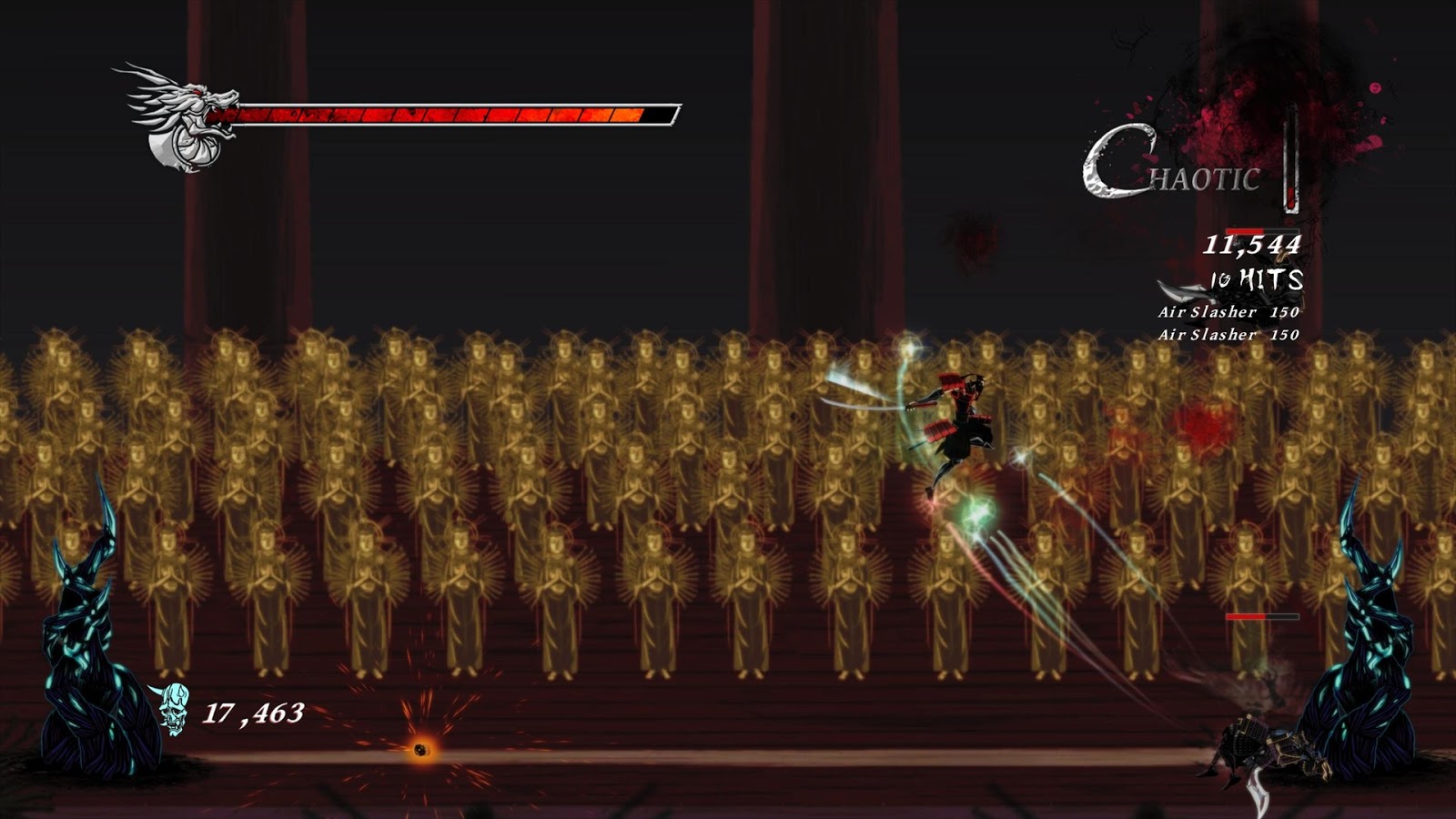 Providing a fairly solid combat system with an intriguing artstyle that never gets old to look at, there is definitely loads of potential still to come as Onikira works out its bugs and adds in new content along the road to full release.